If two things were ingrained into my brain while growing up under my parents’ rule, it was this: Don’t leave the house without unplugging the iron and never, ever microwave metal.

I’ll never forget when my younger brother and I were children, and he threw a Pop-Tart still in its mylar packaging right into our countertop microwave. Upon pressing start, there was an electric explosion so loud you might have thought we started World War III right in our New Jersey kitchen. He cried, I cried, and my mom cried because she thought we died — but the only thing leaving the house dead that day was our microwave.

Ever since, I’ve been super vigilant about metal in the microwave. That’s why when I heard about Bentgo’s “microwaveable” MicroSteel Heat & Eat Containers, my first thought was, “Screw that.” Big no from me. But as I continued to sit on the idea, my brain couldn’t take the thought of the unknown any longer. Was there really a microwaveable metal container available for consumer purchase? Because if so, I had to tell my parents. You know, to prove a point. 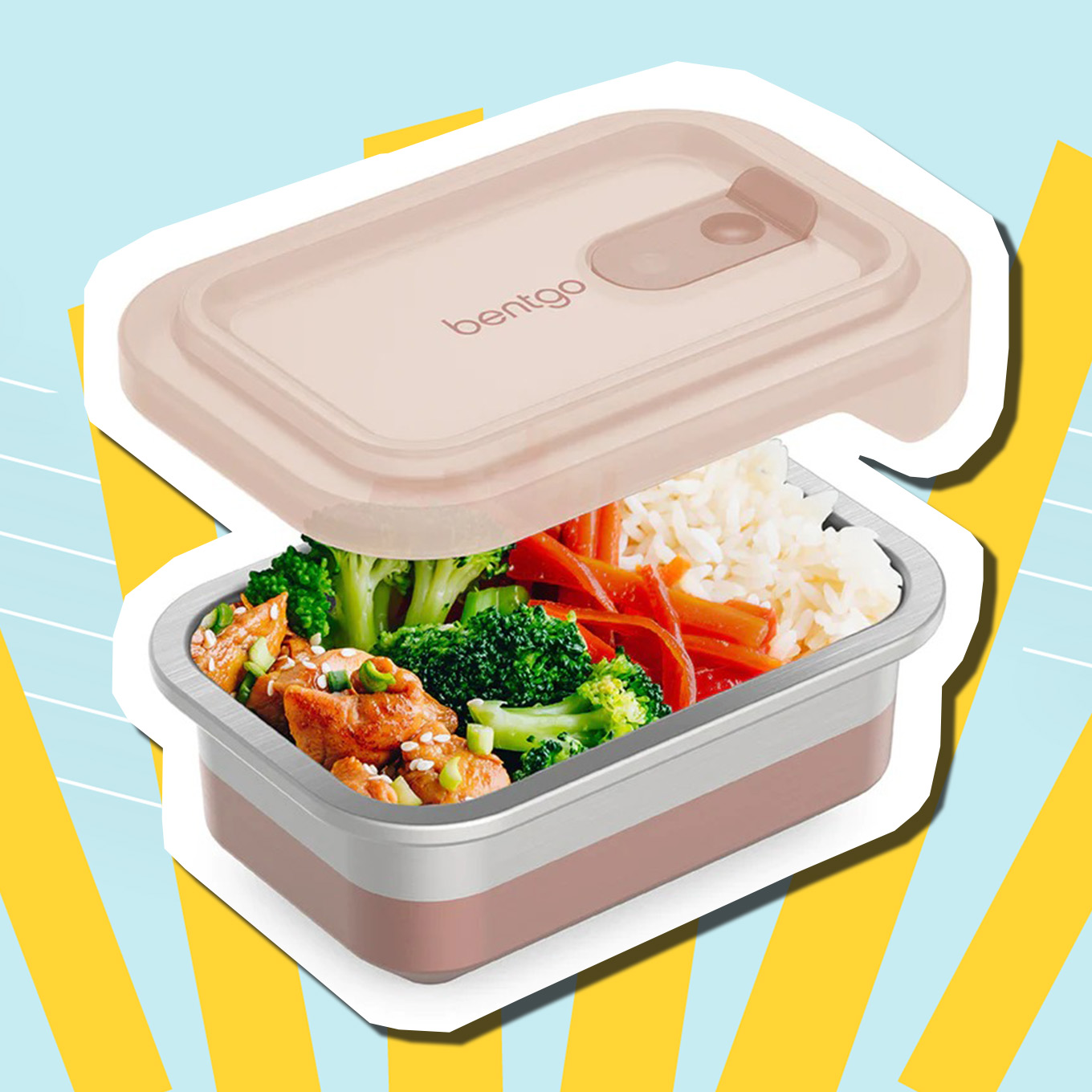 For starters, four MicroSteel containers are available from Bentgo in various sizes for various meals and snacks. MicroSteel is a patent-pending, lightweight, high-quality stainless steel container you can microwave. I still can’t wrap my head around why or how it works, but it is what it is. I don’t ask questions anymore.

In addition to microwavable properties, all of these food storage containers can hold the heat of your food for around eight hours, use silicone lids, are fully allowed to be thrown in the freezer and can even be put in the dishwasher. No plastic is used, making these a fully sustainable way to heat and eat whatever you’ve got cooking. 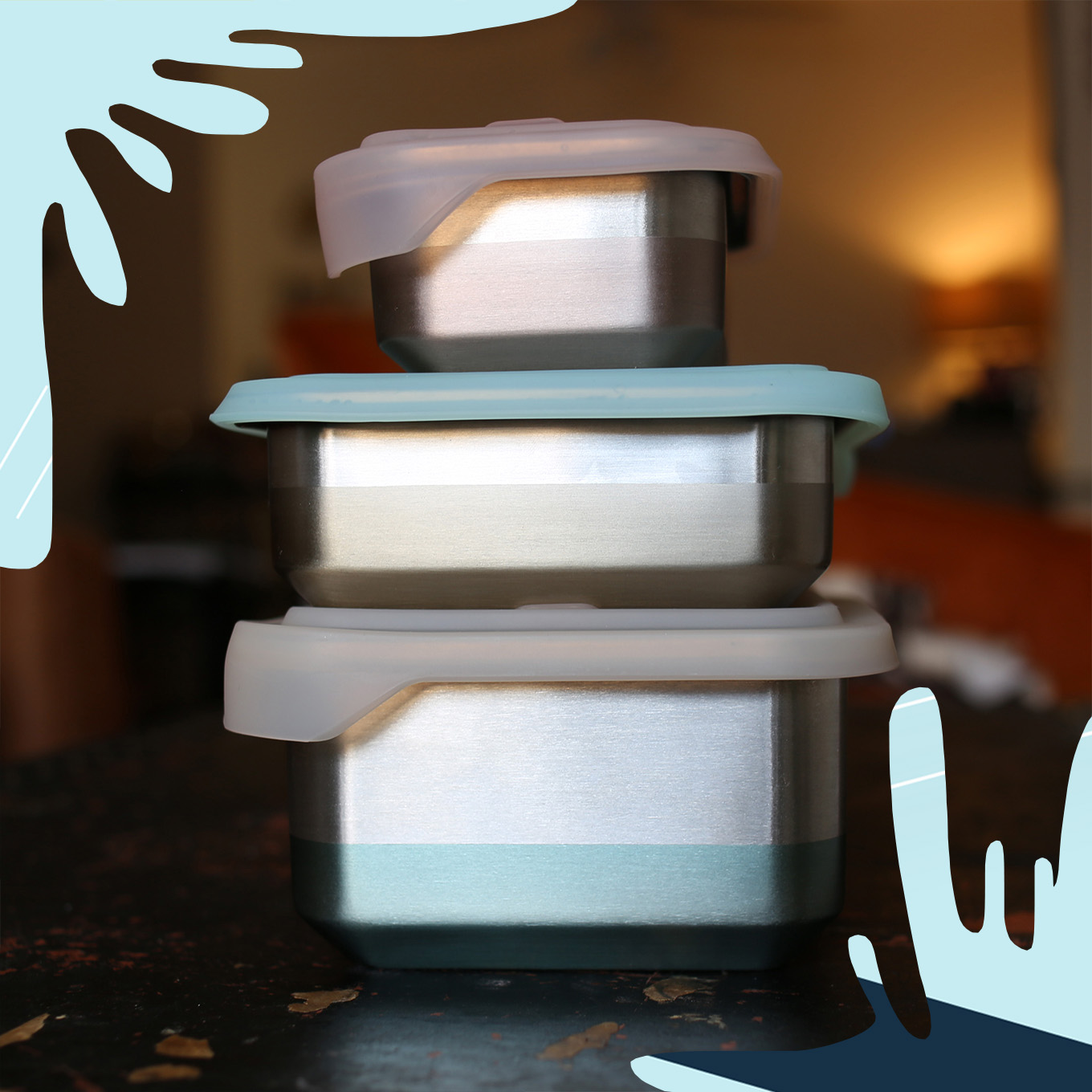 The folks at Bentgo were kind enough to send me an array of their Bentgo MicroSteel Heat & Eat Containers to test for myself. And after a fear-induced weeks-long procrastination, I finally microwaved one of them to see if a container full of leftover penne a la vodka would be my ultimate demise.

I currently own three of the four: one tiny one that I use for small portions, one large-yet-thin container I tend to throw leftover chicken and fish inside, and one large-yet-deep container always holds way more than I can think it does upon looking at it. The last of the three was the first I stuck in the microwave.

As mentioned, the deed was focused entirely on consuming penna a la vodka. Sure, I could have dumped it from the container and thrown it in my Always Pan for a fear-free heat-up, but I wanted to dance with the devil that day. I was feeling kooky. It was Gemini season.

The only rule regarding the containers is to not microwave them for longer than 10 minutes. So I tossed the container into the microwave, set the timer for two minutes and ran to the other side of my apartment.

Ten seconds in, nothing. Twenty-five, nothing. A whole minute, absolutely nothing. I walked back over to the microwave to open it up. When I touched the sides, the stainless steel felt cool to the touch at the top with a slight warmth as I brought my hands a bit lower. I gave the pasta inside a quick stir and one bite to gauge the temperature, added 30 more seconds to my remaining minute and let the microwave do its thing.

A minute and a half later, there it was: a fully heated-up bowl of leftover penne a la vodka. And an intact microwave. I was blown away. 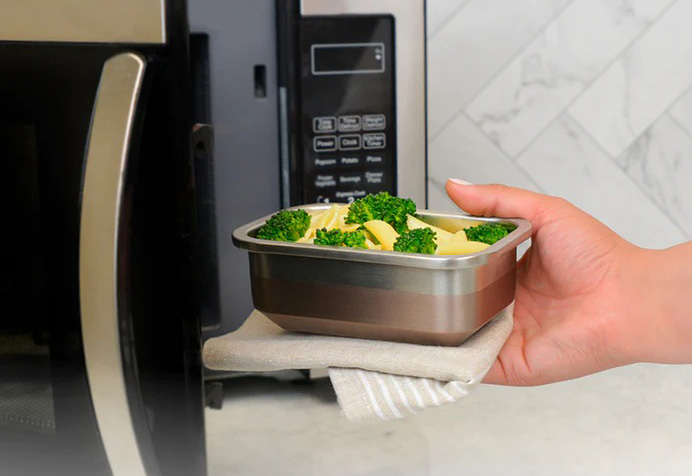 The container was a little hotter to the touch than I anticipated, but holding it toward the top allowed me to carry it to the counter without feeling like I was burning myself. That’s the only flaw I’ve noticed while consistently using the Bentgo boxes. Other food containers get hot too, but I’ve noticed an even hotter feel with Bentgo. Nothing that shouldn’t have been anticipated given that it is metal, but still — ouch!

Recently, all I’ve been using to reheat food has been these Bentgo boxes — and that’s not just because they are the only food storage containers I own. Mind your business. The Bentgo MicroSteel Heat & Eat Containers have revamped the way I think about metals and the future of technology. I personally suggest them to anyone who also wants their minds blown and their microwaves intact.

Oh, and for my parents? They do not trust Bentgo whatsoever. It almost created a parent-to-son cut-off in the very beginning. Thankfully I don’t live with them, so I can Bentgo on my own time, but telling them has gotten us nowhere. Looks like I have a great Christmas gift to give them this upcoming holiday season. 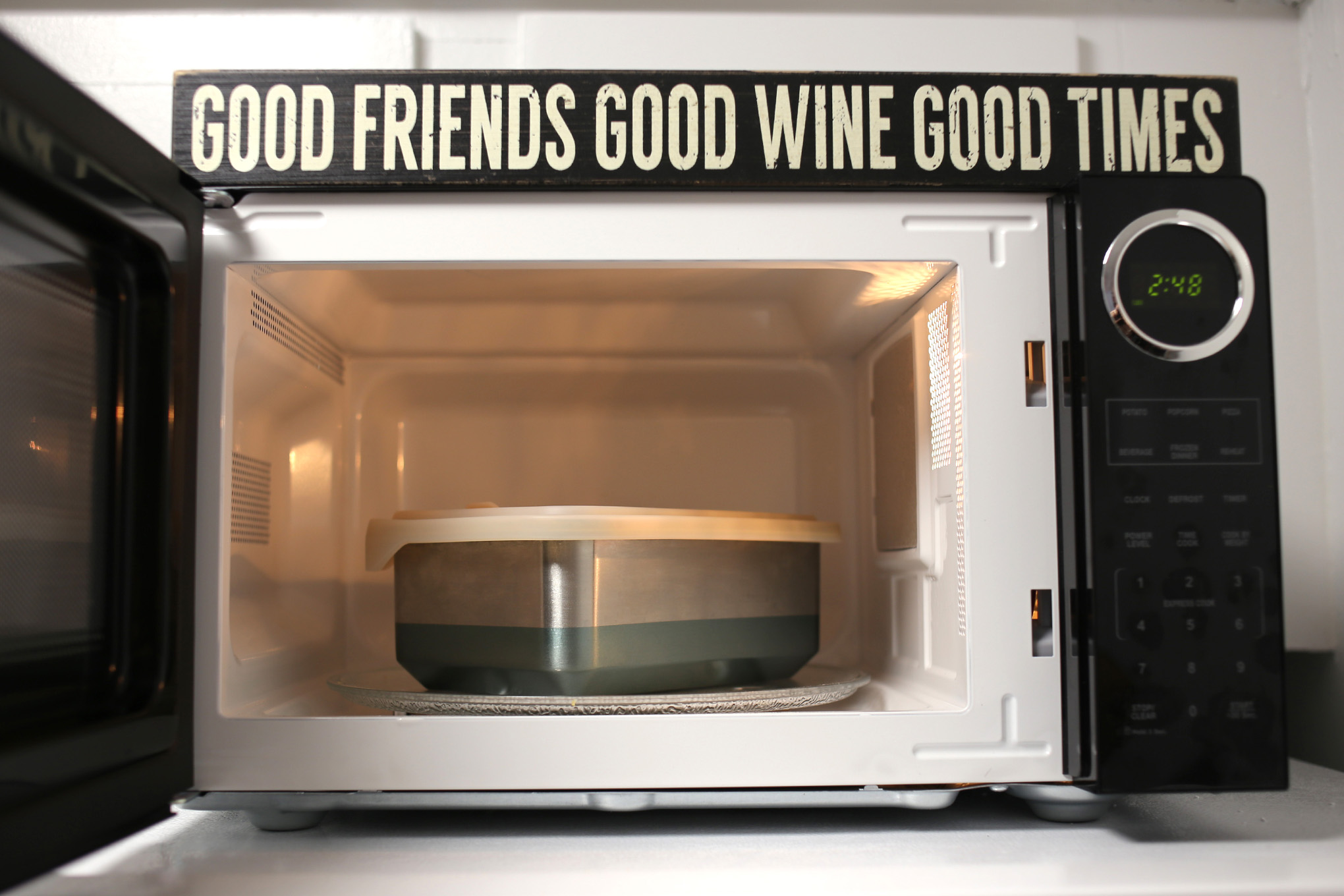