Hamburgers may not be red, white and blue, but they’re an iconic part of American culture, where they first came to widespread popularity at the 1904 St Louis World’s Fair, when Fletcher “Old Dave” Davis introduced a sandwich that contained a ground beef patty between two slices of bread, dubbed a “Hamburger” because he knew the citizens of Hamburg, Germany, were fond of it.

There’s a Hamburger Hall of Fame in Wisconsin, a Minnesota casino that set the record for largest hamburger ever made, and the most expensive hamburger in the U.S. available in Las Vegas. Whether you like your hamburgers thick, thin or veggie, SPY has found a diverse set of cookbooks for you to choose from. Not only that, many of the books also contain bonus recipes for flavor-filled sides and shakes, so you’ll be fully prepared for you next cookout.

This book is for when a normal burger just isn’t enough. If you love experimenting in the kitchen or on the grill, then this is the cookbook for you. Filled with unique toppings, interesting substitutions (pretzel bun anyone?) and countless condiment combinations, you’ll be surprised at how far the simple concept of a burger can be stretched. “The Ultimate Burger” book doesn’t just stop there, as it’s also filled with a wide variety of recipes for sides and delicious milkshakes for dessert. 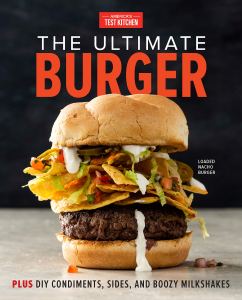 While burgers are widely considered to be a quintessentially American food, you may not be aware of how much the simple dish can vary from state to state. From juicy fried onion burgers in Oklahoma, to tortilla burgers in New Mexico and Loco Moco burgers in Hawaii, go on a culinary road trip with George Motz, documentary filmmaker and burger expert. 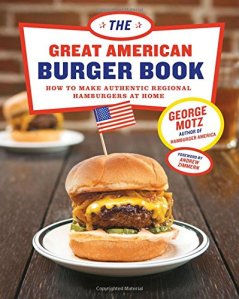 From the hit animated show, this New York Times Bestselling cookbook features such unforgettable burgers as “Bleu is the Warmest Cheese Burger” and “I Know Why the Cajun Burger Sings Burger.” With over 75 recipes, this book delightfully showcases the warmth and humor of the show, and will make a worthy addition to any kitchen. 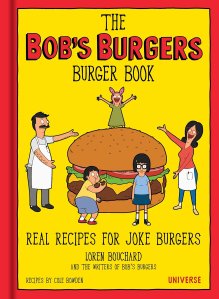 Just because you don’t eat meat, doesn’t mean you can enjoy a delicious burger. This cookbook by Sophia DeSantis contains 75 recipes that are all plant-based, but flavor-filled, with delicious options such as Smoky Hawaiian and Tangy Black Bean. And if you’re looking for a burger break, the book also contains tons of delicious burrito recipes. 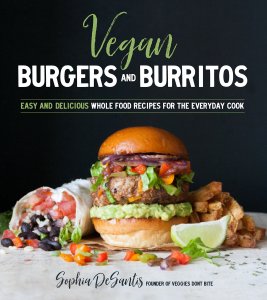 If you’re a fan of the burger giant, there’s now no longer any need to jump in the car or open the Postmates app – you can create the iconic Shackburger (and more) from the comfort of your home. Get the skinny on how they make those delicious burgers as well as their crinkle-cut fries and frozen custard shakes, as well as getting your fill of plenty of behind-the-scenes stories, photos and interviews. 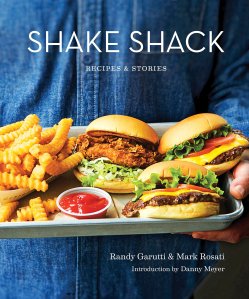 The SPY Guide to Grilling