If breakfast is the most important meal of the day, then cooking a breakfast staple, in this case, eggs, can mean both a nutritious and delicious start to your morning. One of the most versatile kitchen staples, eggs are often used in recipes for larger meals, but eating eggs on their own can also provide a filling and tasty meal. Whether you like to enjoy eggs every day or eat them on special occasions for large gatherings, cooking them perfectly every time is now easier than ever thanks to the electric egg cooker.

An electric egg cooker is designed to cook one or more eggs at once with little effort from the user. The cooker can typically prepare eggs in several ways, including hard boiled, soft boiled, poached or as an omelet. Users simply add the number of eggs they want to eat, add water, and set the timer to the corresponding mode. Cooking time is faster than traditional preparation modes and cleanup is fast and easy.

Whether you want to start the day with a plate full of eggs or want to prepare eggs for the week, try a versatile and user-friendly electric egg cooker.

If you want to start with the original egg cooker, go with the Dash 6 Capacity Electric Egg Cooker. Dash takes the guesswork out of cooking eggs. Simply add the eggs and select the style of cooking you want, then set the timer to the corresponding notch. A buzzer will alert users to when their eggs are ready and an auto-shutoff is included for added safety and to ensure eggs aren’t overcooked. The Dash includes a measuring cup to ensure that users are adding the correct amount of water depending on the number of eggs they’re cooking. We also like that the Dash comes in five fun colors to match your kitchen décor.

Pros: The Dash comes with accessories that enable the user to make omelets, poached eggs and soft boiled eggs.

Cons: The Dash shown here has a maximum capacity of six eggs, which makes it smaller than other models on our list (Dash also offers as 12-egg cooker). 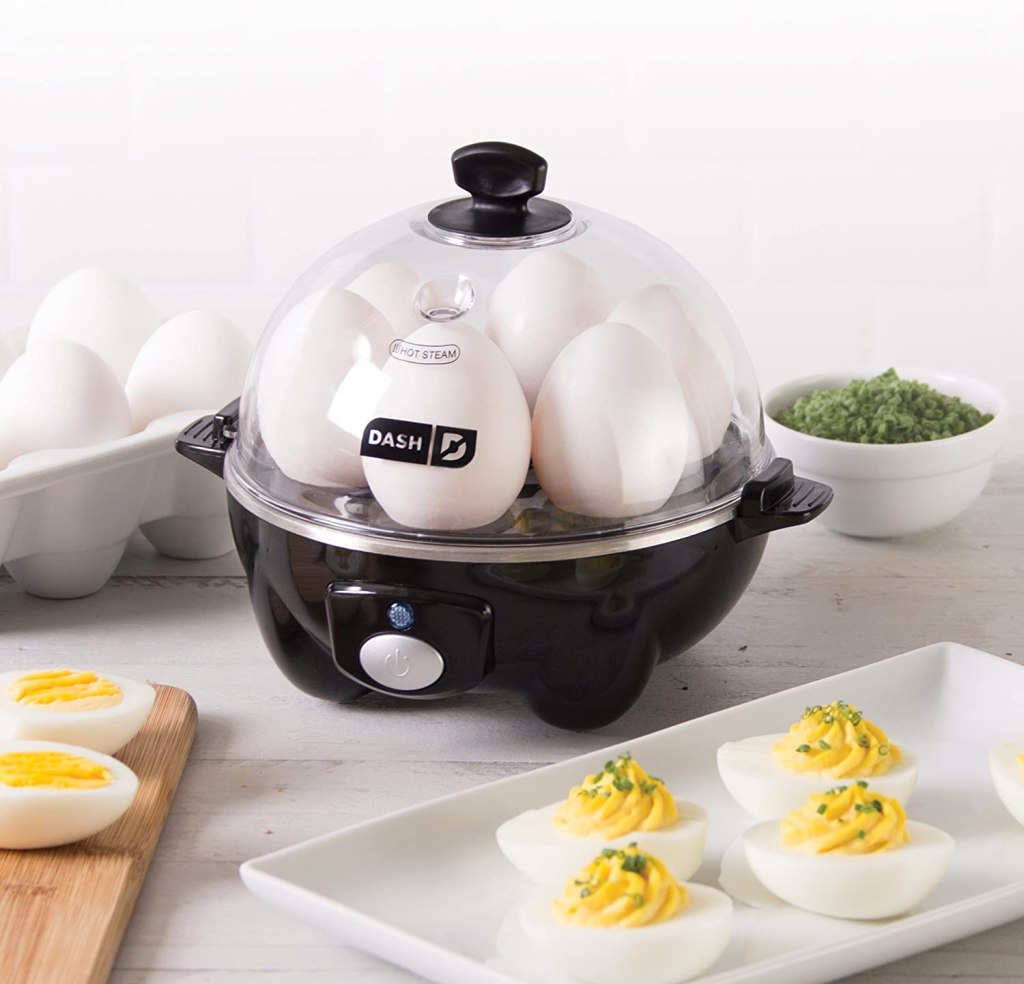 Get breakfast ready for a large group or prep your eggs for the week with the Cuisinart CEC-10 Egg Central Egg Cooker. The large electric cooker boasts 600 watts of power, making it simple to hard or soft boil up to 10 eggs at once. Removable trays also make it possible to cook omelets with three eggs or poach up to four eggs at once. Cooking time is determined by the amount of water added and the Cuisinart comes with both a measuring cup and a piercing pin.

Pros: The Cuisinart has an auto-shutoff feature that is not only used for safety reasons, but it will also ensure your eggs stop cooking as soon as they’re ready.

Cons: The Cuisinart comes with a big price tag. 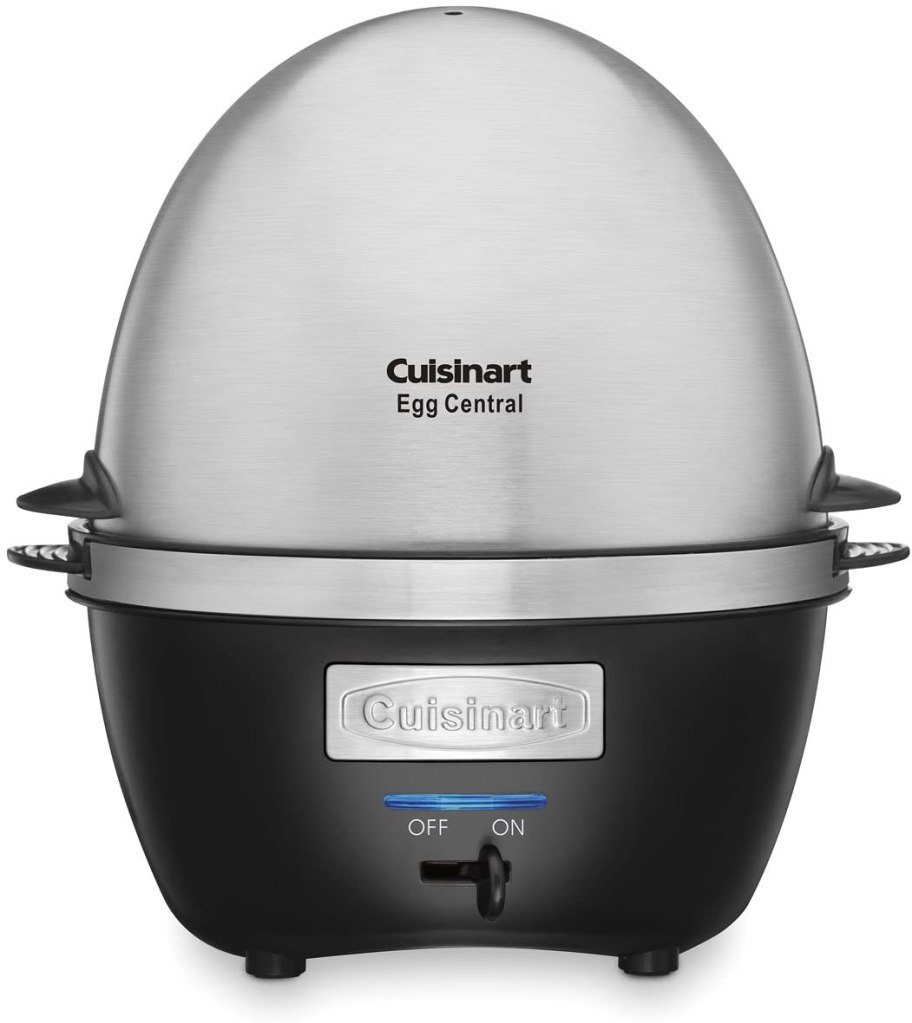 Never run out of ways to cook and eat healthy and delicious eggs thanks to the Elite Cuisine Automatic Easy Egg Cooker. The seven-egg cooker comes with removeable trays for poaching and omelets and a measuring cup that helps users know exactly how much water to add for their desired cooking style. A built-in timer and auto shut off take the guesswork out of cooking. The 300-watt Elite Cuisine is lightweight and compact and available in five bright colors. We also like that each Elite Cuisine egg cooker comes with a recipe books to help get users started with delicious ideas.

Pros: The removeable parts on the Elite Cuisine, including the seven-egg tray, the poaching tray, the omelet tray and the measuring cup are all dishwasher safe.

Cons: The Elite Cuisine model shown here does not include a buzzer that alerts users when their eggs are ready. Instead, a light will dim, which is good for users who don’t want to wake sleeping children or roommates or are working in a shared office. Elite Cuisine does make a model with a buzzer, which may be better for users who want to multi-task while cooking. 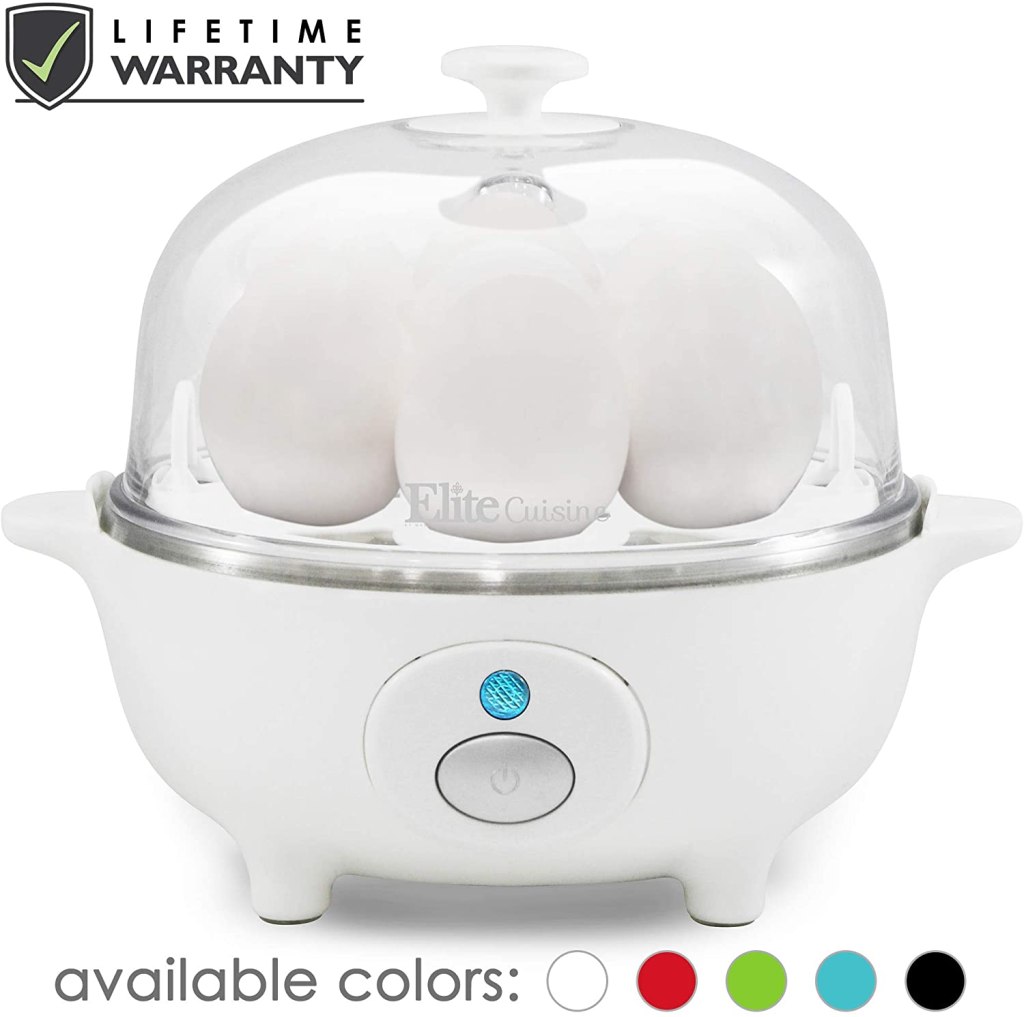 For a simple and straightforward way to make the perfect boiled egg, try the Nordic Ware Microwave Egg Boiler. The small, portable and affordable Nordic Ware has enough room to hard or soft boil up to four eggs at once. Made using an aluminum insert, BPA-free and Melamine-free plastic, the Nordic Ware works by adding water and placing the entire cooker into the microwave for between five and ten minutes, depending on the wattage of the microwave and whether users want hard or soft boiled eggs.

Pros: No piercing is required when boiling eggs with the Nordic Ware.

Cons: The Nordic Ware creates an abundance of steam in the microwave and is extremely hot to the touch after it has been used. 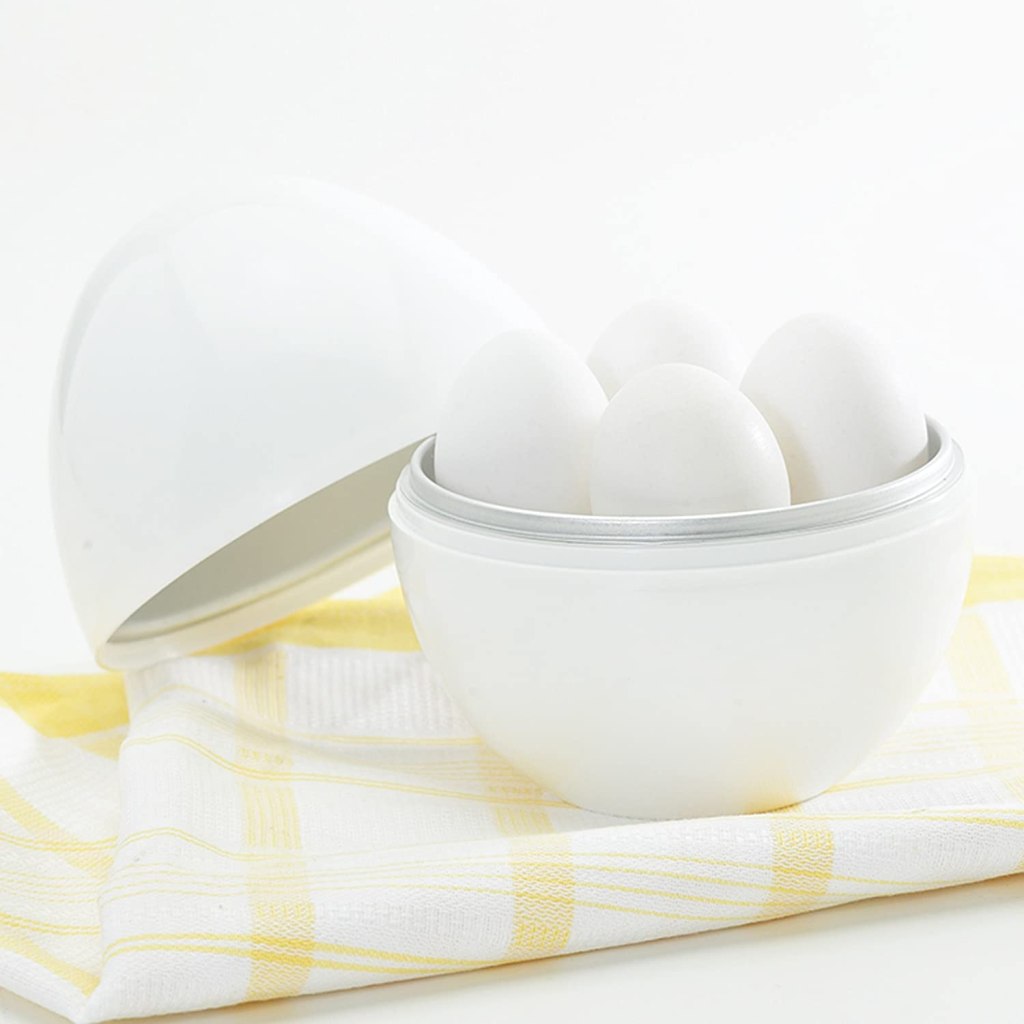