* LA dining scene runs the gamut from celeb-approved restaurants to casual joints
* But where should you go when you want a cool glass of beer and a burger?
* Check out these 12 LA gastropubs next time you’re looking for a post-work happy hour

In Los Angeles, the restaurant and bar scene is nothing less than boundless. So, how do you decide where to go when you want to go out for drinks and some grub with your pals after work one night? Or where to head for some brunch that also offers bottomless mimosas? We’ve rounded up 12 of the best gastropubs in Los Angeles to satiate all your cravings. 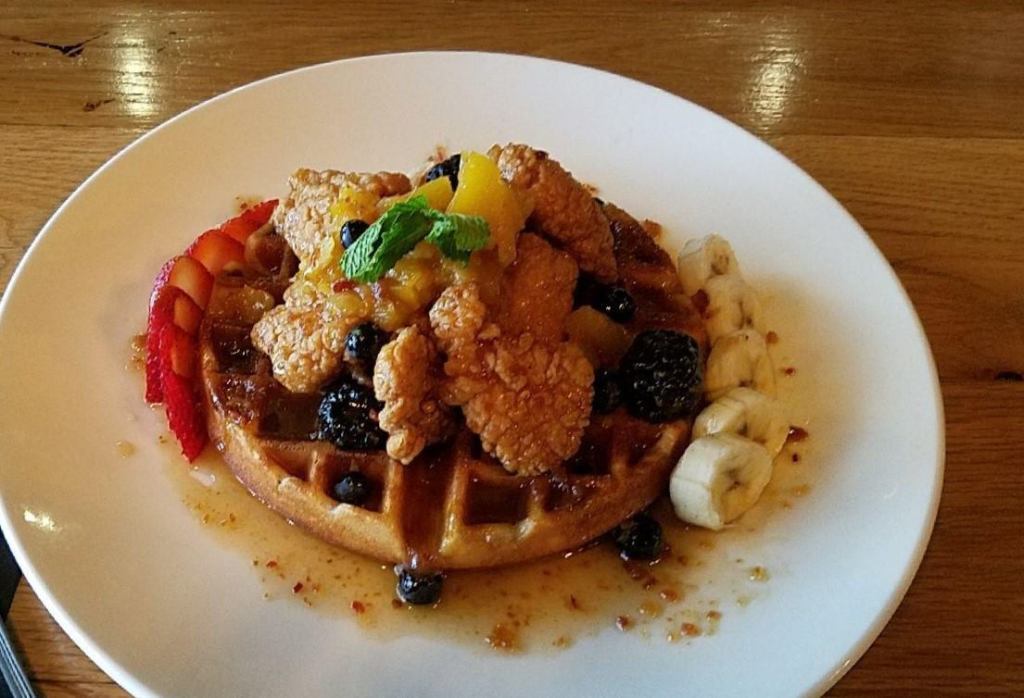 Cellar 43 is the latest Hollywood gastropub to liven up weekly trivia nights on Mondays. With a handpicked wine and beer selection, Cellar 43 also features a craft cider on their menu. The gastropub’s chef hails from Cordon Bleu and makes a mean chicken and waffles that is featured on the brunch menu. Cellar 43 also accepts the Restaurant.com gift card, which offers you a handy way to pay or to gift a gastropub experience. 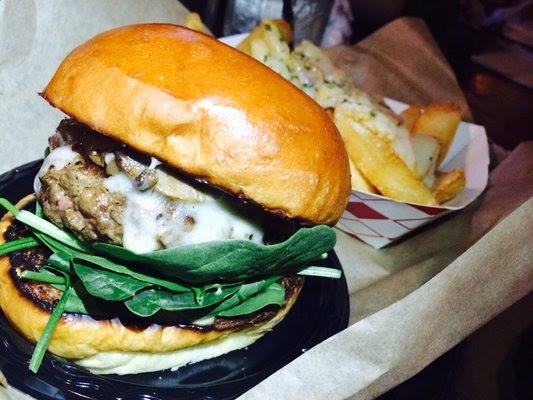 Image courtesy of The Black Sheep

The Black Sheep is certainly not a black sheep when it comes to LA gastropubs. Situated downtown, The Black Sheep is not only known as a casual place for after-work drinks, but also as an excellent source of gourmet burgers that come in both carnivore and vegetarian-friendly patties alike. Go for their titular burger with a fried egg on top and a side of carne asada tots to make you feel like you’re back in your school cafeteria days–but majorly upgraded with some fresh pico de gallo on top. 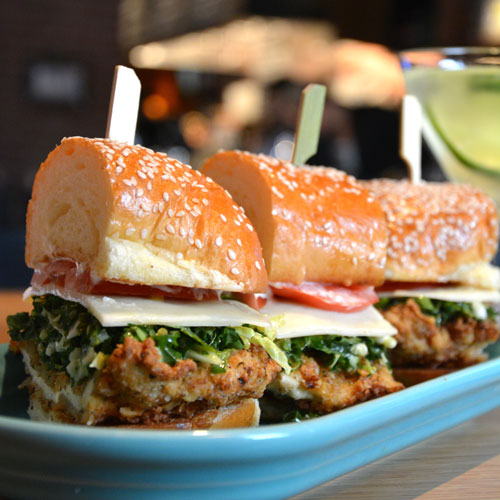 Image courtesy of The Honor Bar

Don’t worry about making a reservation for this tucked-in gastropub next to the South Beverly Grill–they only take walk-ins. A simple menu goes a long way, and The Honor Bar honorably lives up to their namesake. Stop in for your lunch break and treat yourself to their crispy chicken sandwich and Okasa-style take on Spicy Tuna. 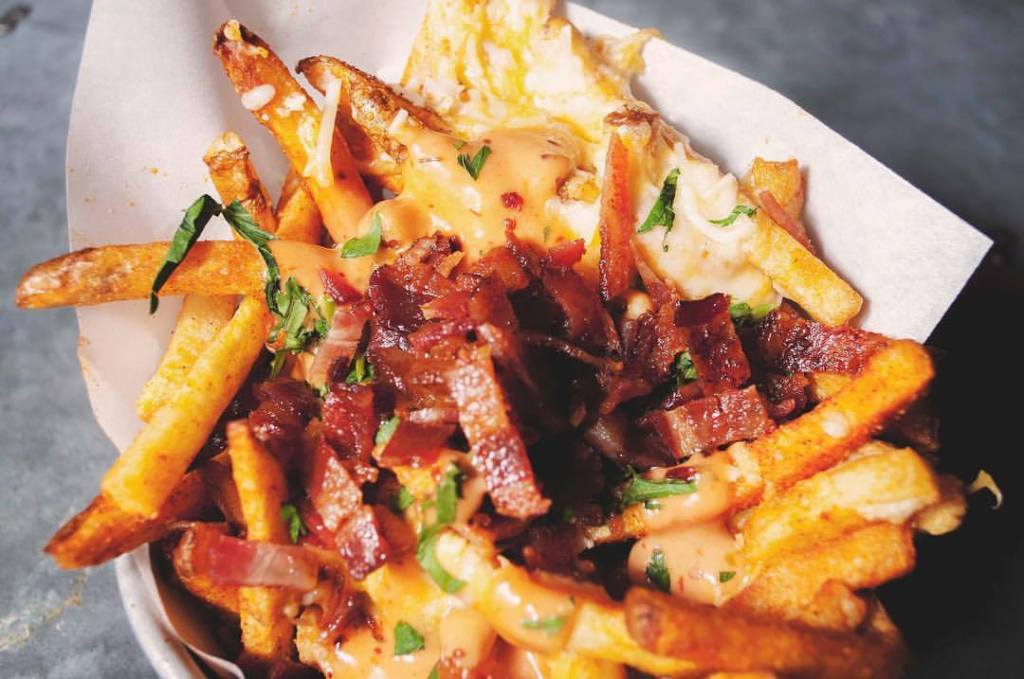 Image courtesy of The Library Bar

The Library Bar does not take its namesake lightly. In the dimly-lit DTLA fixture, books line the walls and are readily available for bar-goers to peruse. True to their literary niche, The Library Bar also hosts weekly screenings of Game of Thrones on Sundays, heartily buttressed with show-themed cocktails for customers to sip on during each episode such as “Mother of Dragons” and “Blood & Fire.” Don’t forget about their fries though, as they have three different varieties, such as “Garlic Parmesan” and “Wild Fries” with bacon, sharp Cheddar, and their own secret sauce. 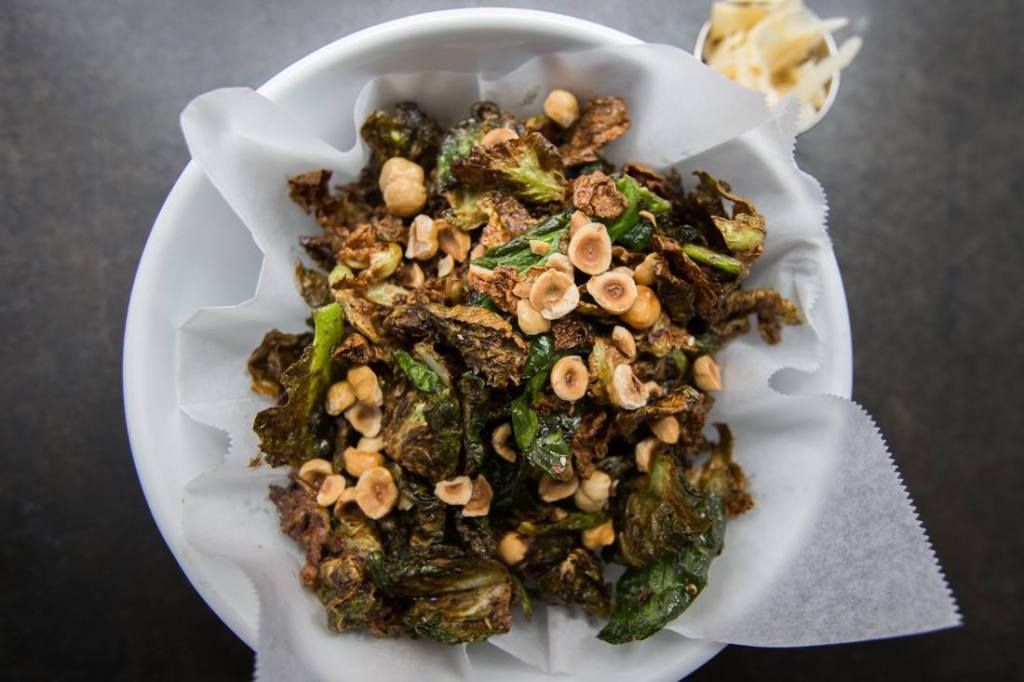 Image courtesy of The Little Bear

A taste of Belgium in the Arts District, The Little Bear would satisfy any ravenous Grizzly in search of some beer to guzzle down and chow to nosh on. Try their plates of crispy Brussels sprouts with hazelnuts, rosemary, and balsamic and Canadian-esque ale-braised short rib poutine atop a bevy of thickly-cut, Belgian fries. And if you want to stop by on the weekends, their brunch menu makes sure to include bottomless mimosas. 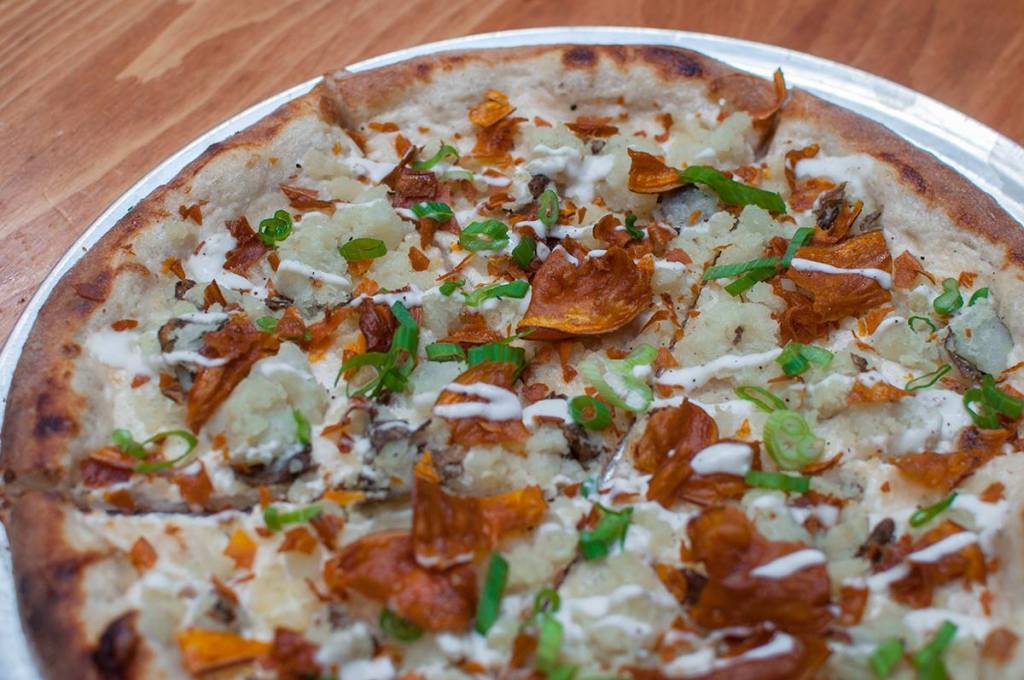 A former theater-turned-exposed-brick Echo Park eatery, Mohawk Bend is a gastropub known for catering to vegan and vegetarian diners. In addition to the Buffalo wings-inspired cauliflower with vegan “bleu cheese” dressing (that could also be made gluten-free), Mohawk Bend boasts pizzas that feature baked potatoes and sweet potato bacon as well as non-vegan fare such as house-made fennel pork sausage. 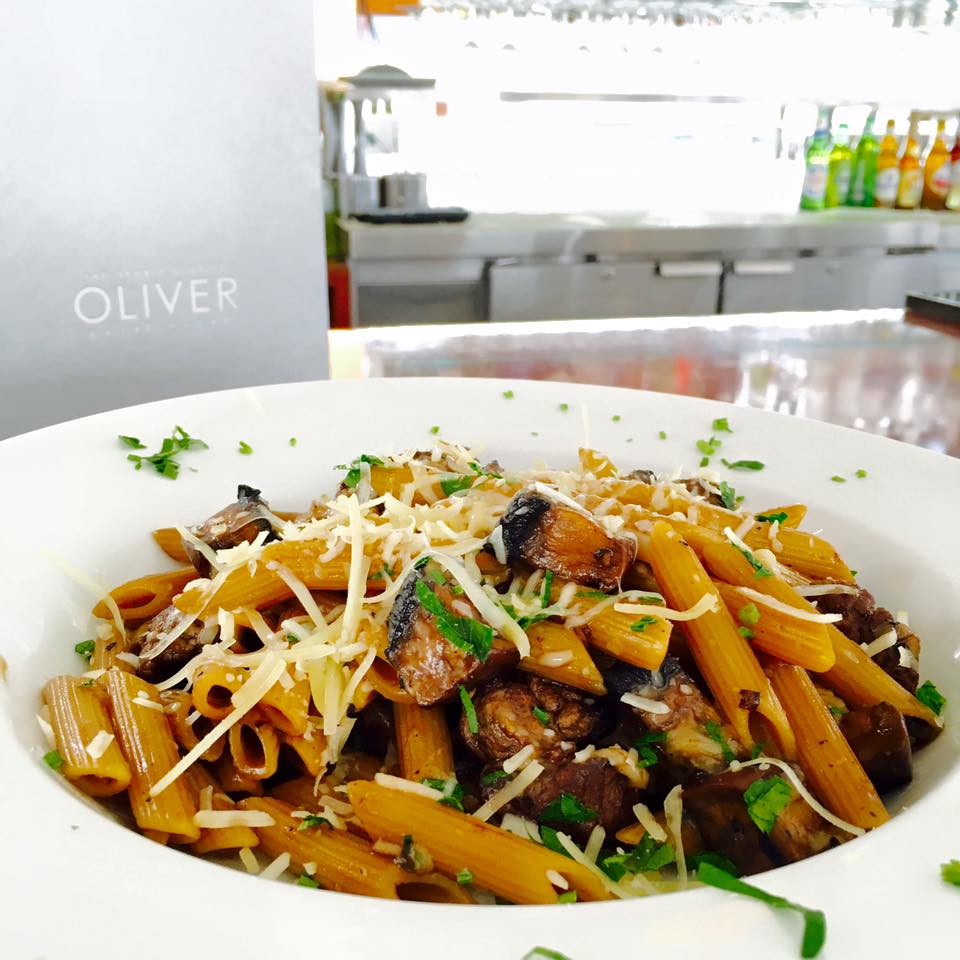 Whether or not your work out at Equinox beforehand, Oliver Café & Lounge offers a health-conscious menu littered with items between 400 and 650 calories that complements its adjacent neighbor on Wilshire Boulevard. If you feel like splurging on a luxurious meal without the guilt, try the bruschetta topped with creamy brie and avocado, or the penne pasta mixed with natural filet mignon tips that both fall within that low-calorie bracket. Oliver Café and Lounge also accepts the Restaurant.com gift card, which comes in handy when you don’t want to carry cash or max out your credit card but still want to foot the bill. 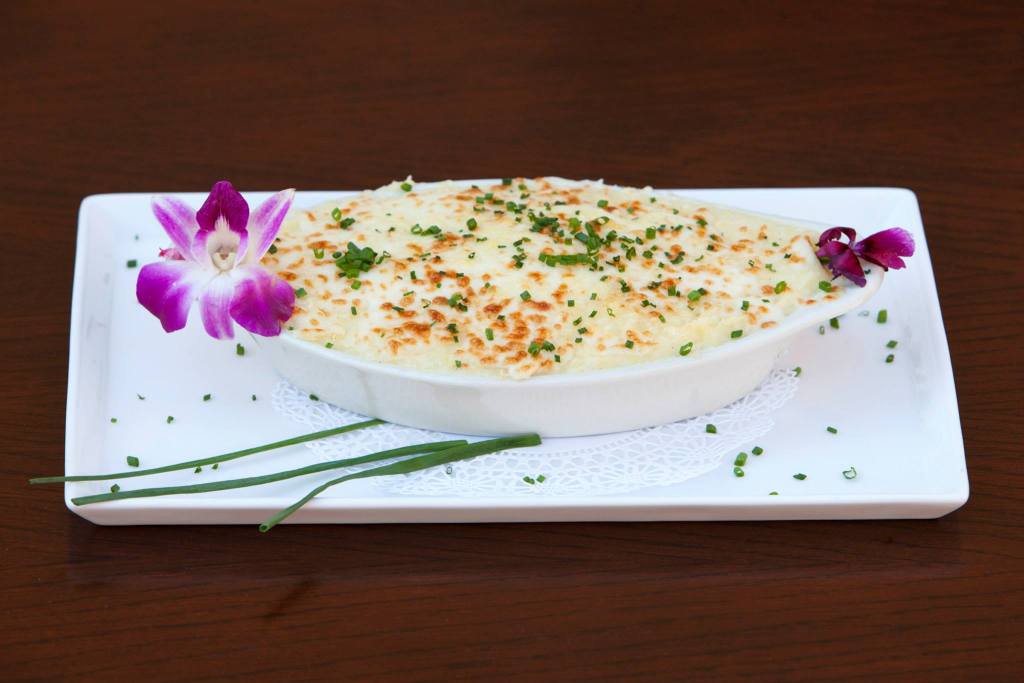 Host to both the first Oscars after-party as well as Judy Garland’s 15th birthday party, this Old Hollywood landmark has been serving up pub fare since 1927. Since its renovation in 1999, the Pig ‘N Whistle has been the host of live entertainment Wednesdays through Saturdays in addition to Open Mic Nights as diners munch on meals ranging from rustic shepherd’s pie to butternut squash ravioli. This stalwart emblem of the Golden Age of Hollywood also accepts the Restaurant.com gift card.

Burgers are the name of the game at Plan Check Bar and Kitchen’s four locations across Los Angeles. If you’re in an adventurous mood, look no further for your burger of choice than the artisanal Chef’s Burger stacked with a sunny fried egg and ketchup leather. But you can also fare well with their double smoked pastrami nosh and double veggie burger. Regardless of which burger/sandwich/large plate option you prefer, make sure to order a side of sweet potato waffle fries accompanied by peach ketchup. Yes, peach, and oh-how-sweet it is.

Red Moon Restaurant and Lounge serves up a Mediterranean twist on the gastropub scene. Open from 11 a.m. till 12 a.m. on weekdays and 2 a.m. on weekends, Red Moon ensures their guests enjoy themselves all night long with their full bar and hookah lounge. Their hearty shawarma dishes embody the spirit of “come hungry and leave happy,” as before your meat and rice entrée even arrives, you are treated to a large helping of hummus and pita bread. Red Moon Restaurant and Lounge also accepts the Restaurant.com gift card. 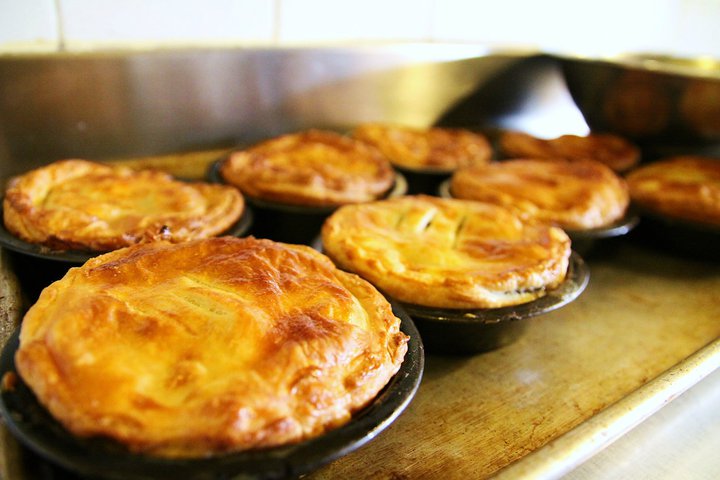 Image courtesy of The Village Idiot

The Village Idiot embraces the pub half of gastropub wholeheartedly. Their no-frills attitude does not extend to the food, however, as their dishes fully hark back to their English pub roots with specialties including steak and potato pie, fish and chips, and Sunday roasts starting at 1 p.m. on Sundays. And if you are a soccer (or should I say, football) fan, The Village Idiot does not kid around about international matches, as they routinely broadcast the matches of English premier leagues and European teams like FC Barcelona and Real Madrid. 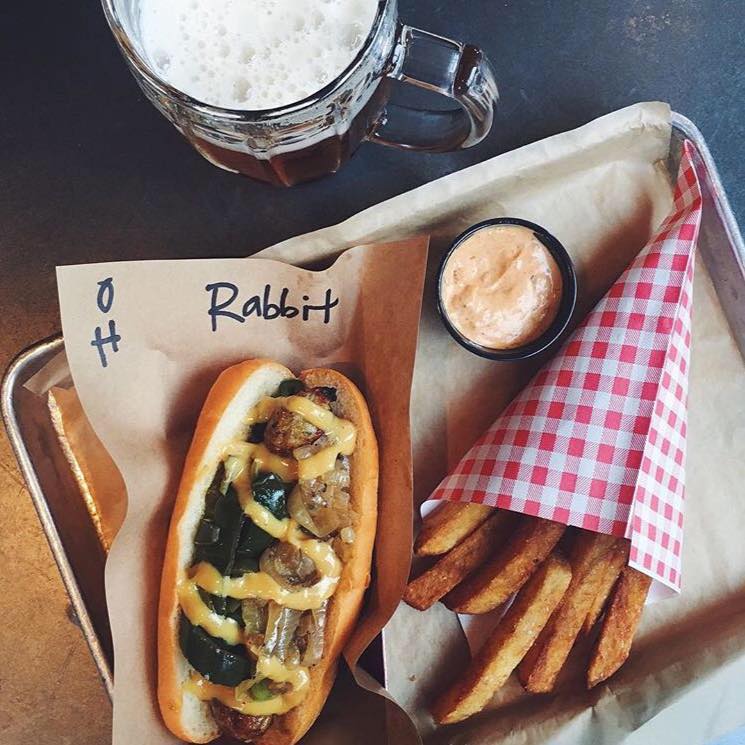 Wurstküche is a favorite among USC students, but this German beer hall in the Arts District is a gastropub with mass appeal. Basically translated to “sausage kitchen,” this gastropub specializes in what else but sausages. Expect to find bratwursts of the classic and gourmet varieties on the menu, but do not be afraid to take a chance and try some of the more exotic samples. Sure, you might be able to order pork or chicken-apple sausages at a plethora of places, but where else would you find a rattlesnake-and-rabbit sausage? Think about it.