* These TV Shows and memorable characters have left an indelible mark on pop culture
* Cookbooks for your next viewing party, or binge-watching weekend
* They also make great gift ideas for the die hard fan in your life

The argument has been made that we are currently living in the greatest era in the history of Television. There were 487 scripted shows on air in 2017, and TV shows have attracted such incredible on-screen and behind-the-screen talent as Reese Witherspoon, Viola Davis, David Fincher and Adam McKay. Many of these incredible shows have amassed a dedicated and devoted fan following. In fact, Breaking Bad‘s final season attracted an average of 4.32 million viewers and spawned a spin-off show, Better Call Saul, while Mad Men won a whopping 16 Emmys. Whether you’re just a devoted fan looking to take an even deeper dive into the universe you love, or you’re planning the menu for your next viewing party, these cookbooks offer great recipes inspired by the characters and locations you love.

1. Orange Is the New Black Presents: The Cookbook

While there may be a few differences between the kitchen at Litchfield and yours- slightly less drug smuggling, slightly more Williams & Sonoma- there’s still plenty of use to be found in this Orange Is The New Black inspired cookbook. In addition to the over 65 recipes it contains, it’s also packed with stories that expand upon the world of the show, and dozens of photos highlighting memorable moments. Find everything you need to cook a multi-course meal, from Red’s Chicken Kiev to Miss Claudette’s Coconut Cake. 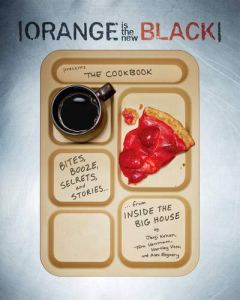 Orange Is the New Black Presents: The Cookbook

2. Game of Scones: All Men Must Dine: A Parody

Help hold over your hunger for the final season with this parody cookbook, which includes recipes inspired by characters such as Brienne of Tart and Jammy Lannister. This cookbook provides some great, easy-to-follow recipes that you can whip up for your next Game of Thrones viewing party. 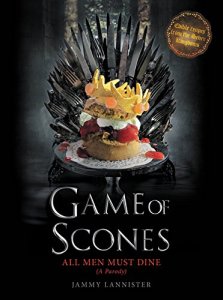 Game of Scones: All Men Must Dine: A Parody

Don’t worry, human blood is not a necessary ingredient for any of these recipes. Inspired by show locations such as Merlotte’s Bar and Grille and Fangtasia, this cookbook finds its roots in Bon Temps, including over 85 Bayou themed recipes, accompanied by over 100 vivid photos. 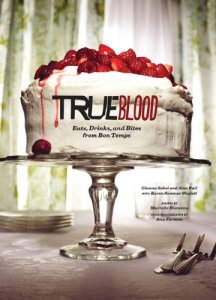 4. Baking Bad: A Parody in a Cookbook

They may spend a lot of time cooking in Breaking Bad, but they’re not exactly making food. From parody author Walter Wheat comes a cookbook to help fill the emotional void left after the show’s end, packed with delicious baking treats that are charmingly named, including “Tighty Whitey Bites” and “Heisen(Batten) Burg Cake.” It makes a great gift for any die hard fan of the show. 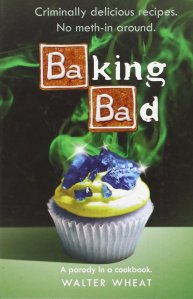 Baking Bad: A Parody in a Cookbook

5. The Walking Dead: The Official Cookbook and Survival Guide

For human rather than zombie consumption, this Walking Dead themed cookbook is full of easy, quick recipes you can cook up during the apocalypse. Inspired by your favorite characters and locations, these simple, delicious bites work great for a lazy week-night in. 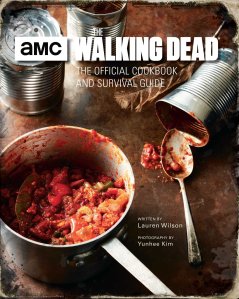 The Walking Dead: The Official Cookbook and Survival Guide

6. The Unofficial Mad Men Cookbook: Inside the Kitchens, Bars, and Restaurants of Mad Men

No, it’s doesn’t just contain 80 different ways to make a Martini. While of course there are some delicious cocktail recipes within this book, there are also over seventy delicious recipes inspired by real-life popular restaurants in New York during the 60s and 70s. As bonus material for true fans and history buffs, there are also real-life photos of actual food and drink ads from that era. 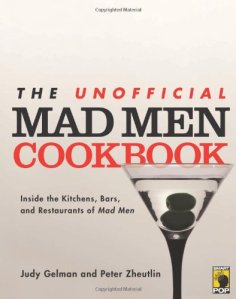 The Unofficial Mad Men Cookbook: Inside the Kitchens, Bars, and Restaurants of Mad Men

While we may have to wait until September for the Downton Abbey movie to finally premiere, you can bide the time by testing out these delicious recipes, inspired by the men and women of the show. Try Mrs. Isobel Crawley’s Smoked Salmon Tea Sandwiches for your next afternoon tea party, or indulge in a Filet Mignon for a dinner party even Mary would approve of. 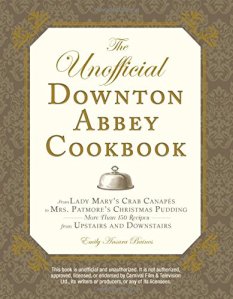 6 Celebrity Cookbooks To Add To Your Collection Now