Usually, when we think of BLACK+DECKER, the first thing that comes to mind is the company’s line of power tools for gardening and home improvement. The last thing you’d expect from the brand is something for the kitchen.

That’s starting to change, especially after the company showed off an impressive at-home cocktail machine, the Bev “personal bartender”, during CES 2022. Now, the company is showing off another upcoming kitchen gadget, and it’s unlike anything we’ve seen before. The BLACK+DECKER Kitchen Wand is like a multitool for your kitchen, and we recently saw this yet-to-be-released gadget in action.

During Pepcom’s HomeNow event on April 27 in New York City, we got our first look at what we’re calling the Swiss Army Knife of kitchen tools — the BLACK+DECKER Kitchen Wand. Not only can this 6-in-1 multifunctional tool help cut down on clutter in your kitchen, but it also has an impressive modular design.

So far, no official release date has been set for the Kitchen Wand, but the company says this tool will be released sometime in July 2022. Multiple models will be available, with prices ranging from $99 to $199. 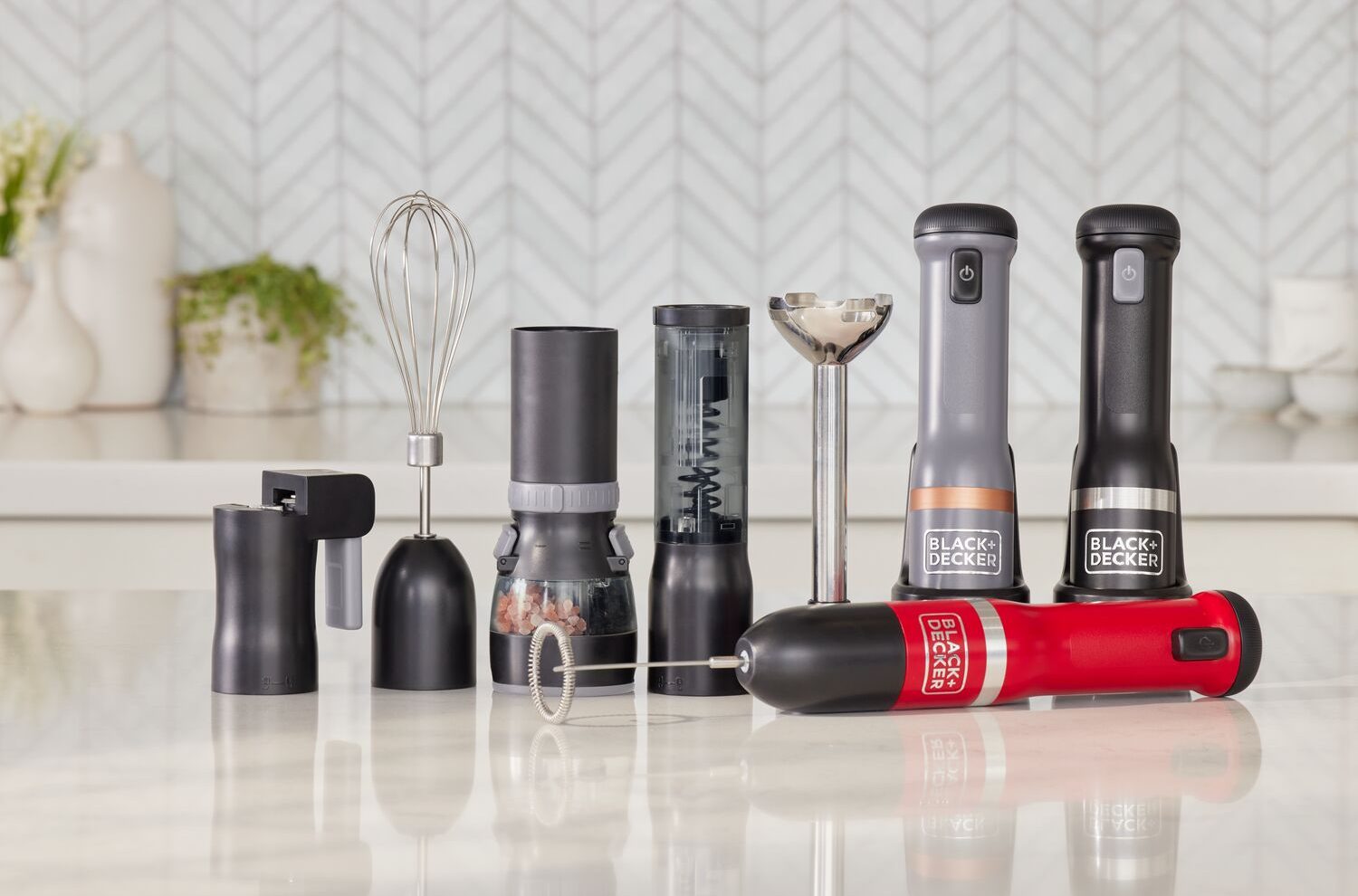 Black+Decker Kitchen Wand: At a Glance

What We Love About The Black + Decker Kitchen Wand

The Kitchen Wand has a simple but clever design: six different attachments connect to a single handle, which lets you use a single device as an immersion blender, milk frother, electric whisk, grinder, wine opener and more. The device will also have a variable speed dial letting you switch from low to high speeds with the various attachments.

Without a doubt, we love the modular approach of the Black + Decker Kitchen Wand. Sure, you could buy individual tools to acquire the functions we list above, but you won’t have to because you’ll have removable attachments to choose from. This means you’ll not only have more space around your kitchen counters and drawers, but it’ll also save you money from having to buy them individually. 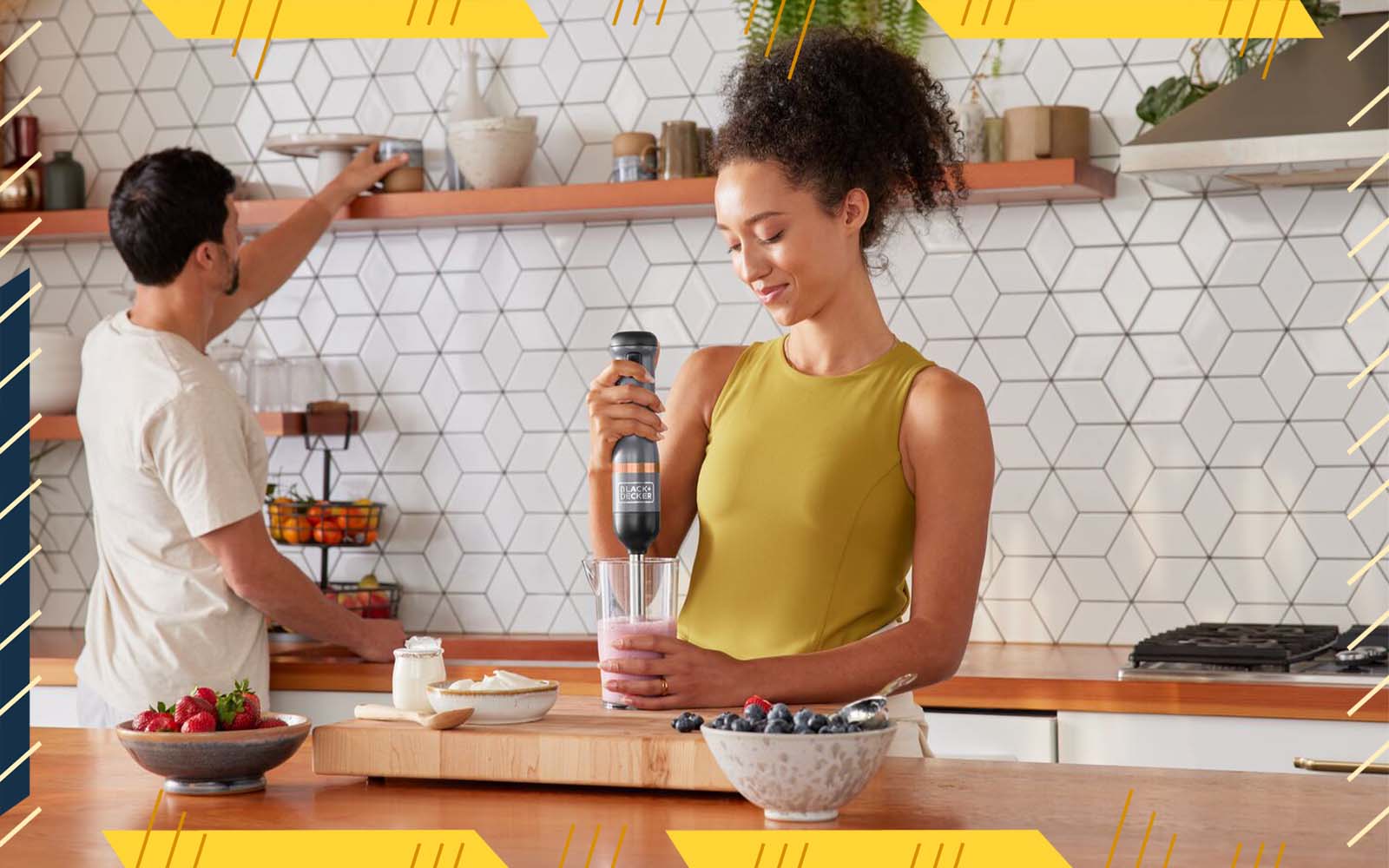 At the Pepcom event in New York City, SPY.com got a quick demo of a few of the attachments and we were impressed by how easy it was to quickly swap them out for one another. The wine opener attachment was particularly notable because you simply position it over the neck of a bottle and it’ll do the rest. If you’ve ever had to open a bottle of wine manually, you know exactly how much of a hassle it can be.

Another thing to remember here is that the Kitchen Wand is cordless. Its rechargeable battery means you’ll be able to use it freely without the worry of being tethered to an outlet, much like other kitchen tools you might have lying around. Take for example the can opener attachment. You just simply place it over the can you want to open and press a button to start the process. Since it’s cordless, opening a bunch of cans would be a breeze. 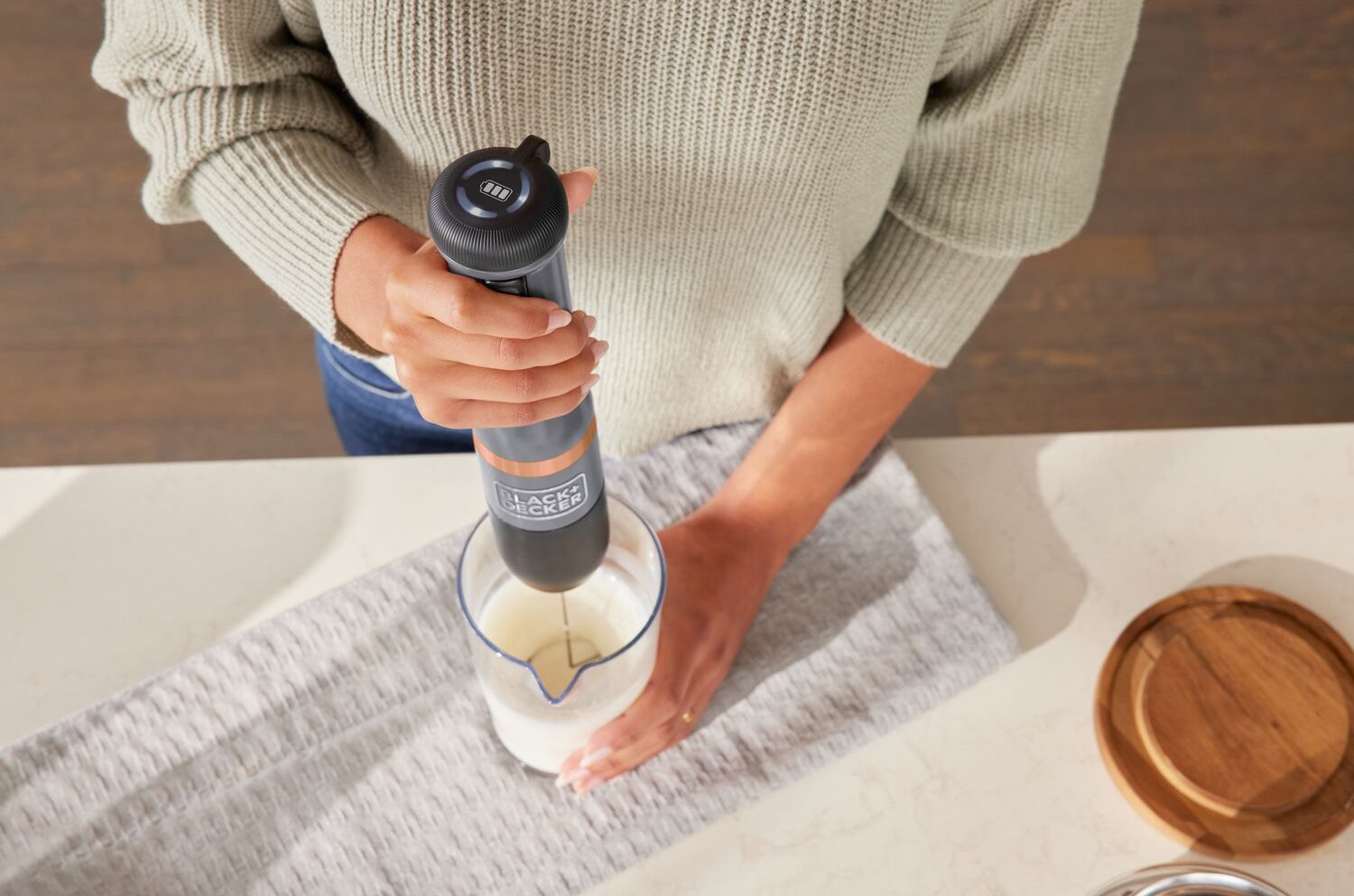 We haven’t had the chance to fully test the Kitchen Wand, and we’ll be sure to post an in-depth review once we’ve been able to try it out in the kitchen. We’ll be totally honest that this kitchen gadget took us by surprise. While scoping out other new gadgets, we didn’t expect this kitchen tool to catch our attention. The Magic Wand is further proof that the company is investing heavily in the kitchen space, and we’re also eager to test out the BLACK+DECKER Bev home bar maker that was introduced at CES 2022.

Luckily, you won’t have to wait long to pick up this versatile kitchen tool. The Black + Decker Kitchen Wand will be available starting in July 2022 and you’ll have three options to choose from. The 6-piece kit with all the attachments and wand will retail for $199.99, while a 3-piece kit will sell for $129.9. If you don’t need all of the attachments, you can pick up just the 1-piece kit for $99 — with the option to buy the attachments separately.

We expect this will become a popular gift in 2022, and check back this summer for a full review.

Automate Your Entire Life With These Top-Rated Smart Home Devices