The history of the Moscow Mule is part make-believe, part magic, and part marketing. In short, it’s totally Hollywood. The vodka cocktail certainly sounds like it’d be from Russia, but it was born on the Sunset Strip in Los Angeles. Legend has it that the bartender of the Cock n’ Bull had some dead stock to move, including copper mugs, vodka, and ginger beer. He combined these things to make an uncomplicated but refreshing cocktail. As for the name? No one really knows. Presumably, the “Moscow” part comes from Russia’s famed relationship with vodka, and “mule” could be because it gives a kick. But really, it’s anybody’s guess.

The cocktail’s history may not be rooted in a deep cultural tradition, but drinking a Moscow Mule out of anything other than a copper cup still feels slightly insulting. You might already have a preferred vodka and ginger beer, but finding a good copper mug can be a little tricky. So we rounded up some of the best copper mugs we could find, and listed them out for you below.

This set of four mugs is made from 100 percent copper that’s coated with a food-grade lacquer to resist scratching and retain its shine. As a bonus, they throw in four copper straws and even a copper shot glass.

Pros: Comes with extras like a shot glass, straw, and coasters.

Cons: The included coasters aren’t of the highest quality. 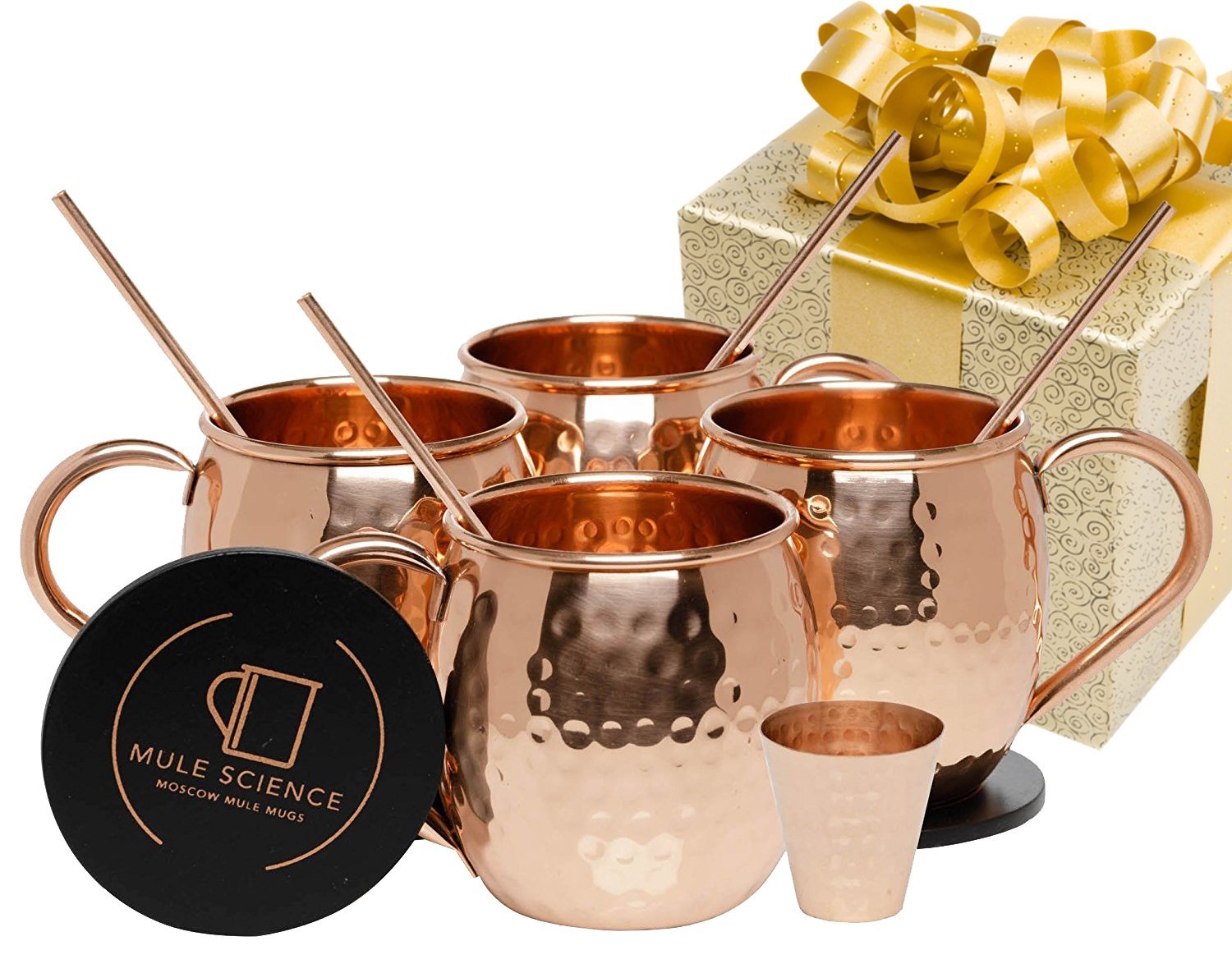 If you don’t really need four copper mugs, this two-pack set comes with copper straws and a copper jigger. The mugs are made from 100 percent copper, and the exterior has slightly imperfect puckered exterior, which adds to the authentic appeal.

Pros: 100 percent copper, comes with two straws and a jigger.

Cons: Jigger not as well made as the mugs. 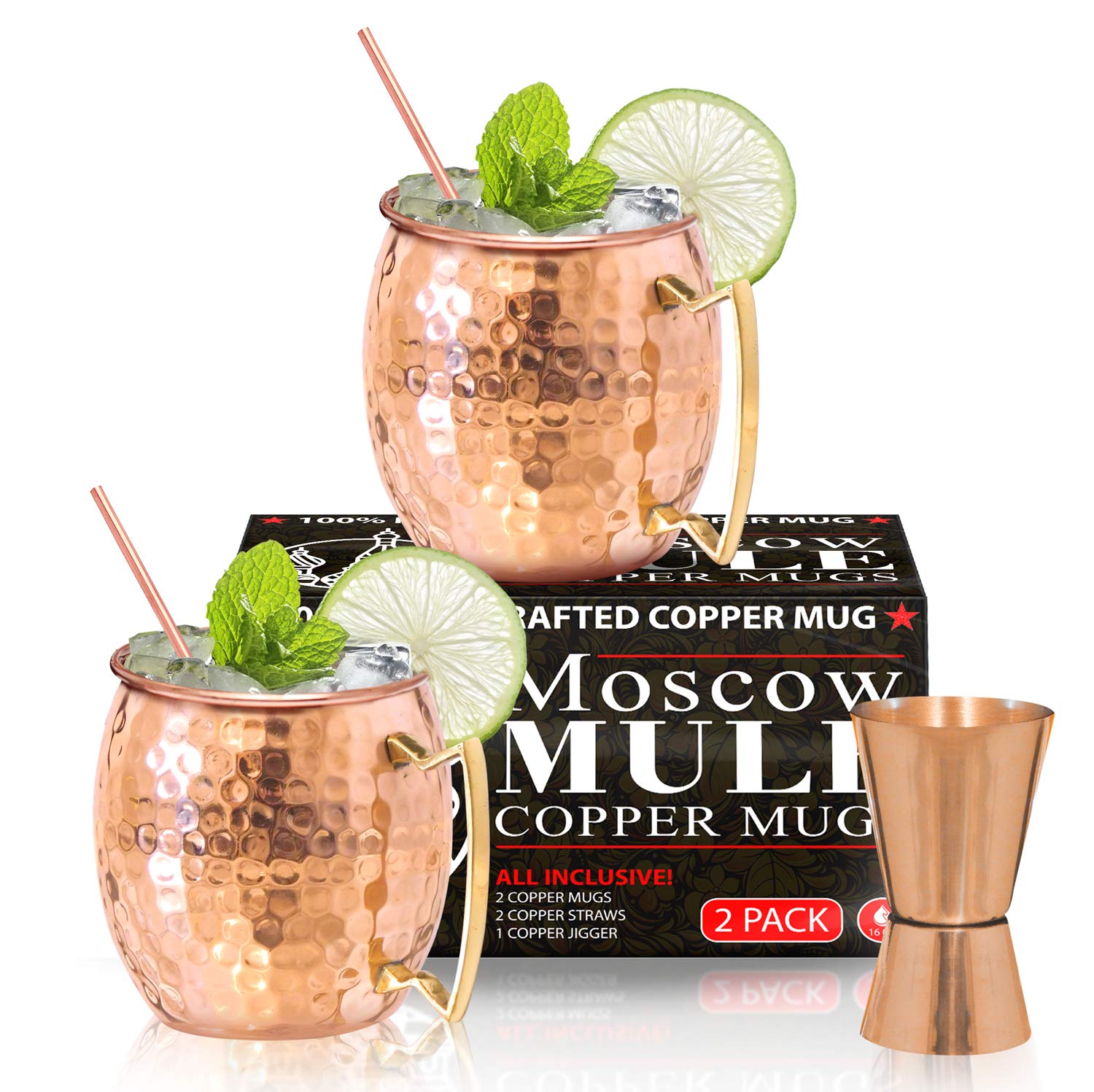 This set of four mugs includes a recipe book, so you’ll be ready to make an authentic Moscow Mule as soon as you open the box. There are a copper shot glass and four straws, too. The set comes in an easily giftable box.

Pros: Comes in gift box, made from 100 percent copper.

Cons: Inside of mug is prone to staining if not rinsed thoroughly between uses. 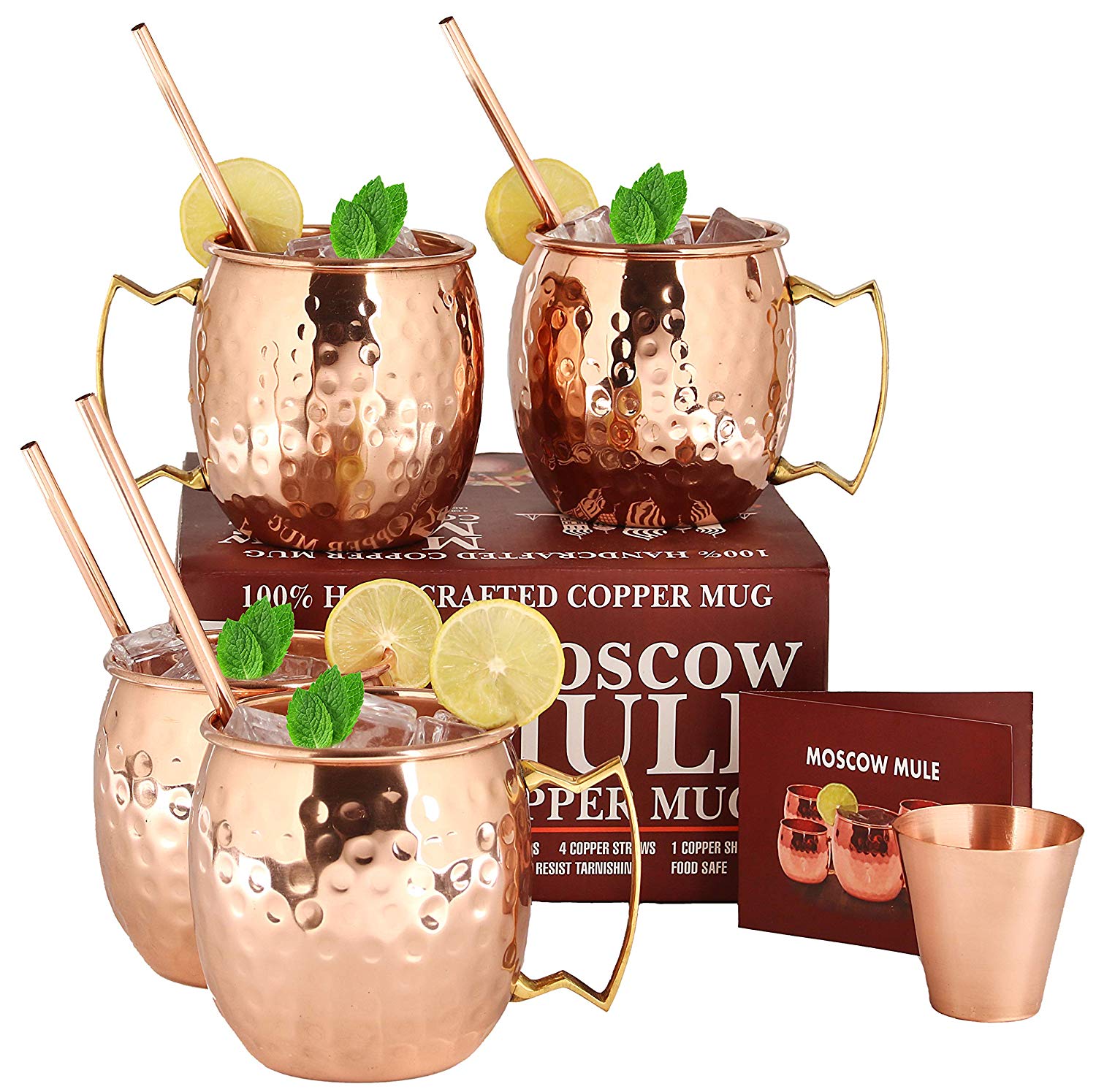