Ever have an egg waffle? They’re so delicious they’ll make you let go of that Eggo. A popular street food in Hong Kong and Macau, these waffles take flavor to another dimension. Instead of squares, they have tasty batter bubbles. And, instead of basic batter, they use an egg-leavened batter that’s so good, you don’t even need syrup. 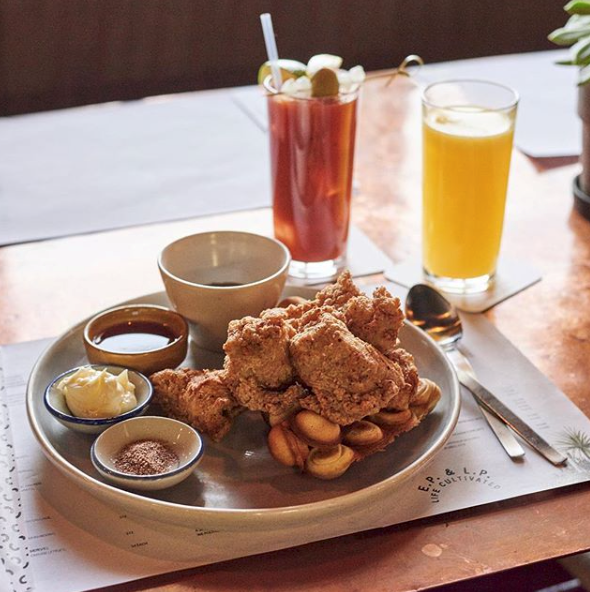 Want to make a similar dish at home? Well, you no longer have to travel across the Pacific (or even to LA) to try one. Now, you can make your own egg waffles right in your kitchen, and in less than five minutes, with this Star Blue Hong Kong Egg Waffle Maker. It works similar to a standard waffle maker, with two nonstick-coated plates that press and cook the batter. However, because we’re talking spheres, not squares, your egg waffle releases faster and cleaning up after your meals is much easier.

What really sets it apart is the 180-degree flip feature that ensures you don’t overcook one side and undercook the other. Add to that an overheating protection system, which protects your waffles from burning and your machine from frying. And to ensure you’re getting the full experience, it comes with a recipe book that guides you in making the batter just right.

Get the HK-style waffle mix here, then create your own breakfast and brunch confections. Most people like to eat these plain, although it’s not uncommon to cover them with fruit and flavorings like coconut, chocolate or strawberry, too. Sounds good, doesn’t it? At under $40, it’s a great chance to get the egg-stra special waffles everyone’s going crazy over.

The Best New Ideas For Brunch