* A great coffee filled with robust taste, body and aroma
* A centuries-old process that still tastes amazing today
* Save money and make Turkish coffee at home instead of paying at the cafe

If you read tea leaves, they’ve probably already told you about Turkish coffee, one of the hottest trends in caffeinated consumption these days. People are raving about this magical blend of strong coffee, sugar, and cardamom. Originally created in Yemen and later introduced to Turkish Sultan Suleiman the Magnificent in the 16th Century, Turkish coffee is so ingrained in the culture it’s actually a Turkish wedding custom.

So now you’re thinking, “What’s the big deal?” Well, the taste, body, and aroma of Turkish coffee are all amazing. And that’s thanks to its unique brewing style, which involves boiling very finely ground coffee beans in a special pot called a cezve. We spotted this affordable 10-piece set on Amazon, which will give you everything you need for making authentic Turkish coffee. 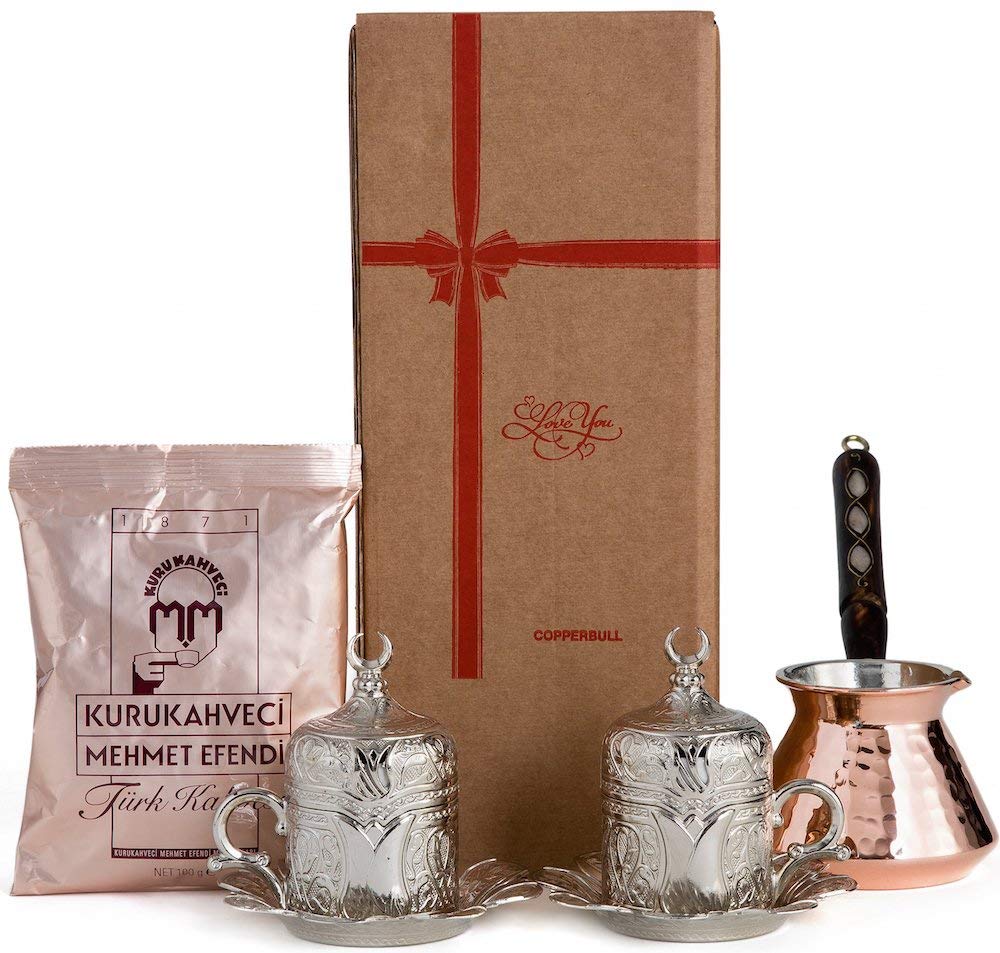 The biggest difference between American coffee and Turkish coffee is that when it’s poured into cups, the grounds are included. Before you make an “ewww” face, you should know that Turkish coffee is poured into special cups where the coffee grounds are able to settle on the bottom and still enable sipping. Even better, once you’ve sipped all the coffee, the grounds left at the bottom of the cup can be used for fortune telling, at least according to superstition. That means you can save money on going to the psychic and have a sensational cuppa. But, you can’t just make it in your ordinary coffee pot, French press or otherwise.

If we’ve piqued your interest in this Turkish delight then a great way to start enjoying it yourself is with the CopperBull Turkish Coffee Set. It comes with the traditional hammered coffee pot, heavy-duty cups, and saucers. They’ve also included a bag of Premium Mehmet Efendi Turkish coffee, the premiere brand since 1871. Makes a great gift for the coffee lovers in your life, including you.