When Nathan Myhrvold’s Modernist Cuisine series of books first hit in 2012, it not only introduced many home cooks to advanced techniques but also advanced equipment. And one of those pieces of gear that has seen its profile rise in the time since is the portable induction cooktop.

This standalone “burner,” which you can set on your counter and plug into any standard outlet, uses magnetic induction (the same technology used for wireless phone chargers) to transfer energy to the pot or pan sitting on top of it, which then heats it up.

While this may all sound intimidating, it’s really not. Using these doesn’t require any special skill if you already know how to cook, and it unlocks many benefits that you can’t get with a typical gas or electric burner. These include:

One thing to note with portable induction cooktops is that not all cookware is compatible. You need to be using equipment which is magnetic. If you have a kitchen full of aluminum, copper-bottomed and glass cookware, you’re out of luck. But if you have stainless steel, cast iron, carbon steel, or cookware with induction-compatible discs on the bottom, you’re good. If you’re unsure if your pots and pans will work, just place a magnet near them, and if they stick, they’re good to go.

The Duxtop 9600LS is not a product with flashy looks or crazy features, but this portable induction cooktop has an excellent core feature set that will cook your food precisely and evenly, which is all that matters in the end. The 9600LS can cook at temperatures between 100 degrees Fahrenheit and 460 degrees Fahrenheit, which you control with 20 preset levels that go up in 18-degree increments. It also has one-touch buttons for boiling water and keeping food warm which will save you time (and mental energy) when you don’t have to manually raise or lower the temperature, as well as a timer button, which will automatically turn off the cooktop after a set amount of time so you don’t have to hover over that holiday ragu you have cooking. Whether you’re a home cook who is just starting to dabble in advanced cooking or a grizzled kitchen vet who is looking for a kitchen workhorse, the Duxtop 9600LS is the best portable induction cooktop overall.

BEST FOR LARGE POTS AND PANS

If you frequently find yourself cooking with 12-inch or 14-inch skillets, or want to use a large stockpot, the Max Burton 6600 is a great choice thanks to its larger induction surface, which can handle those big batches of food cooking more quickly. Like many of the best portable induction cooktops, the Max Burton 6600 has a temperature range of 100 degrees Fahrenheit to 450 degrees Fahrenheit, which you adjust with 20 power level presets that go up in 25-degree increments. While this cooktop costs a little more, we think the bigger size justifies its price. 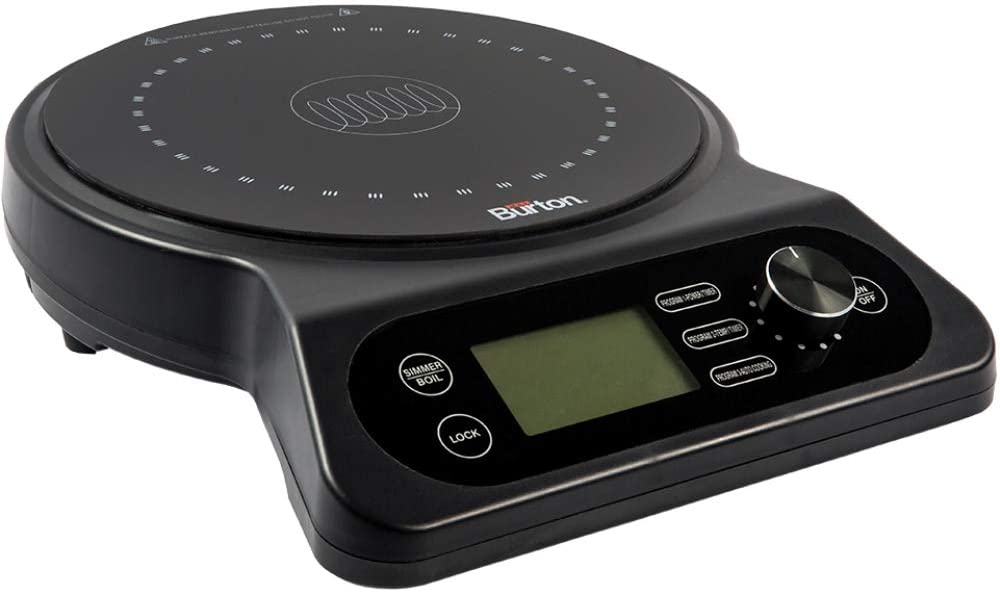 The Duxtop 9100 offers many of the same features as the 9600LS, but with a little less precision. Instead of 20 preset levels for temperature, there are only 15, and it lacks dedicated buttons for boiling and warming. Given that precision is the name of the game with induction cooktops, we ultimately like the 9600LS more, but given that the 9100 costs a little less, nobody would fault you for picking this one. 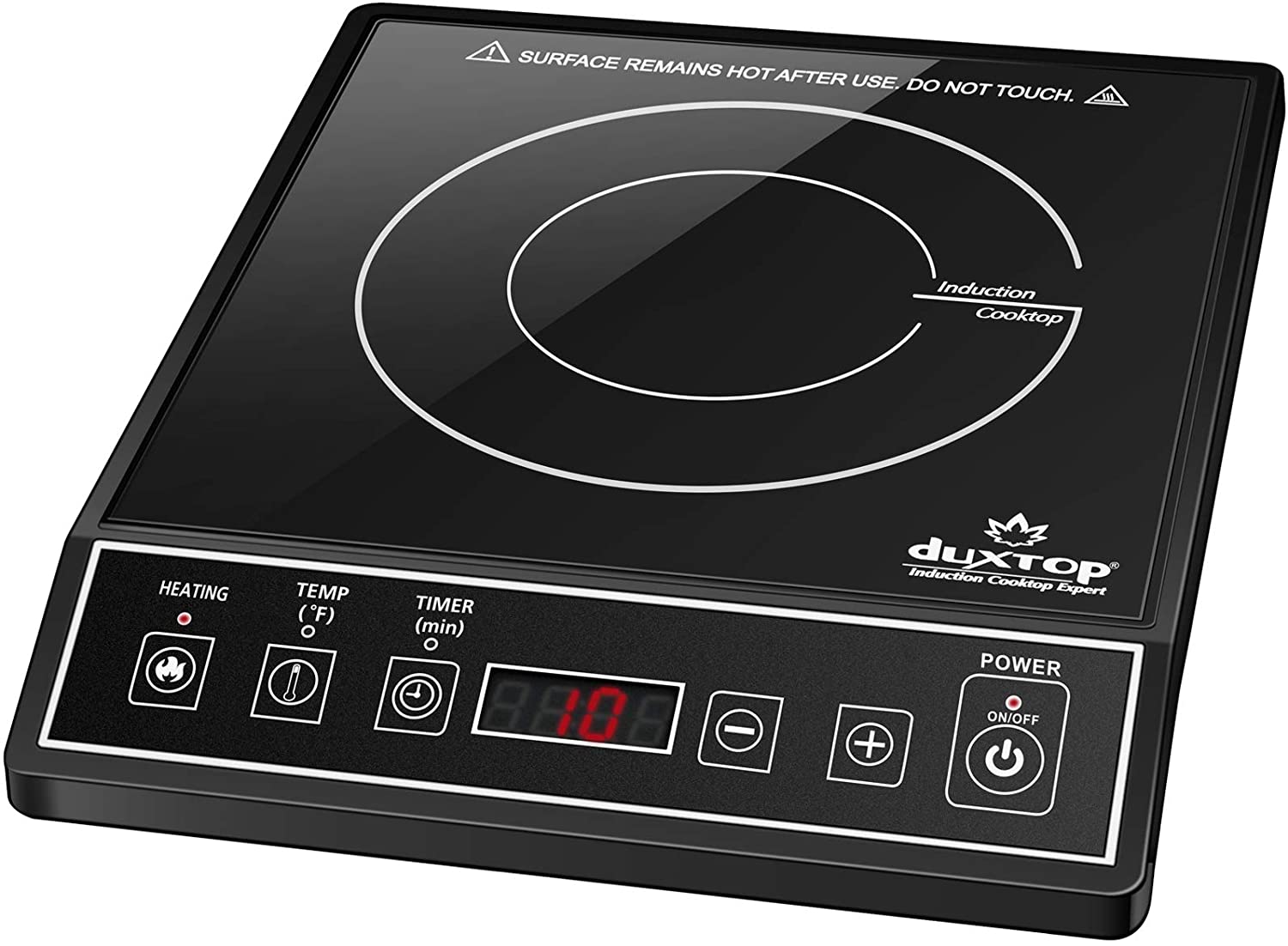 The Breville Control Freak is the platonic ideal of induction cooktops, and this should come as no surprise since Breville is often among the best (if not the best) with whatever they put out. The Control Freak induction cooktop not only has a best-in-class temperature range of 77 degrees Fahrenheit to 482 degrees Fahrenheit, but it lets you control that range right down to a single degree instead of a 20-degree range. An electronic sensor checks the temperature of the surface 20 times a second, which means that you’ll get nothing but extreme precision when cooking a delicate sauce, while intensity control allows you to adjust the rate at which it heats up your pot or pan full of delicious food. The create mode allows you to save your settings and cook times so that you can automate the process for a given dish in the future.

On top of all that, when coupled with the integrated probe thermometer, this induction cooktop also doubles as a sous vide cooker. This is without a doubt the absolute best-performing portable induction cooktop, but one that comes with a borderline-prohibitive price tag. But if you have the cooking skill and budget to fit this in your life, you absolutely should. 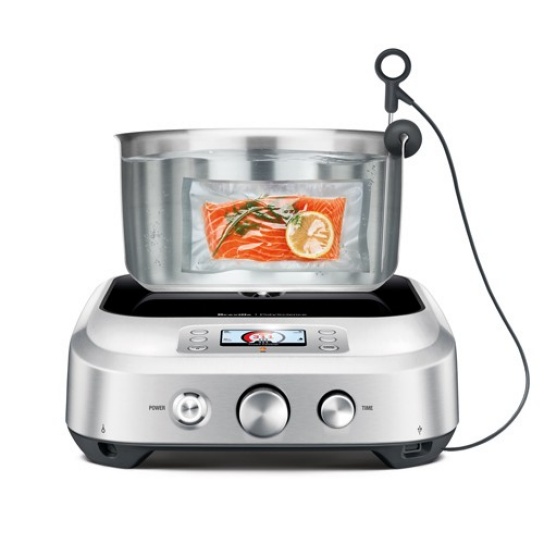 The Nuwave PIC Pro is one of the most expensive items on the list, but considering that it can heat a pan all the way up to 575 degrees Fahrenheit, has 94 adjustable temperature levels and allows you to save custom cooking programs, it offers some of the same high-end features as the Breville Control Freak while avoiding a completely exorbitant pricetag. But why do you want a portable induction cooktop that gets that hot? Searing. If you want steaks with beautifully crisp and brown exteriors, being able to crank the temperature up over 500 degrees will go a long way and this is the only cooktop here which is rated for that. 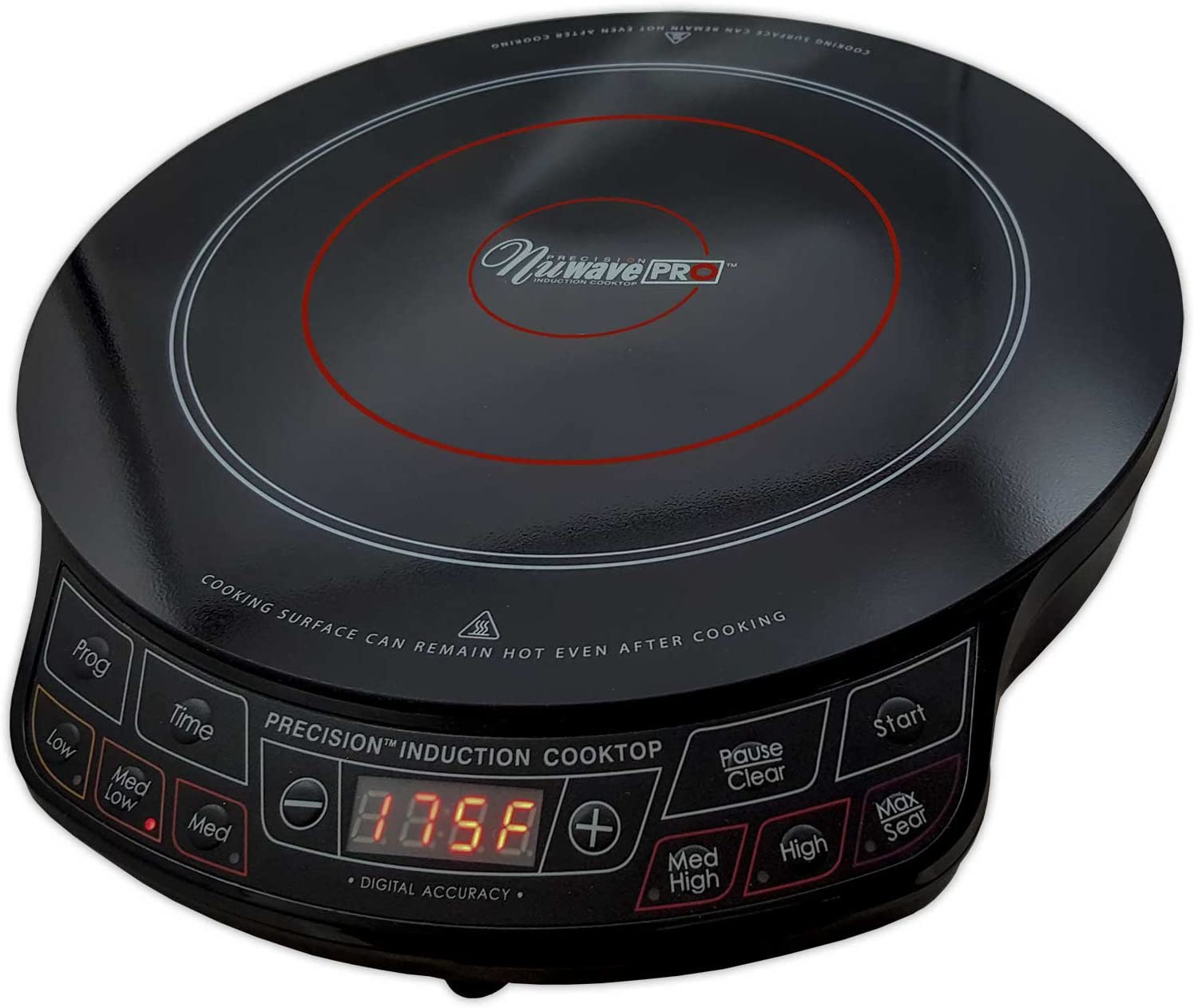 The Ikea Tillreda doesn’t offer quite the same level of precision as the Duxtop 9600LS, but there are two things we love about this thing: A) It looks like it was designed by Dieter Rams when he was working for Braun in the ‘60s. B) It only costs $50. With a temperature range of 160 to 460 degrees, the Tillreda still promises to cook quickly and evenly, and at this price, you could easily buy a second burner if you really hate the range in your apartment. 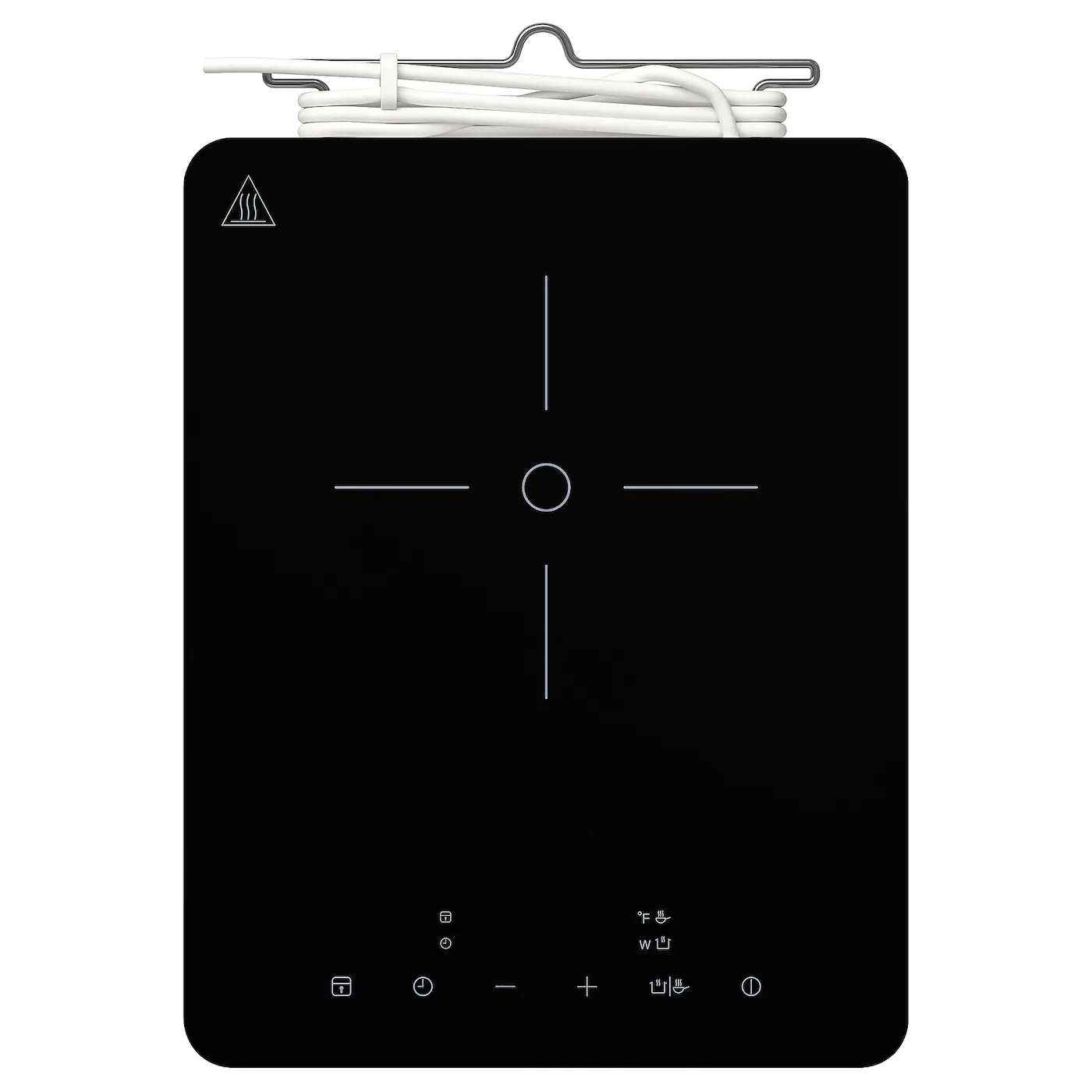 If you really don’t like your stove, you know what’s better than a single induction cooktop? That’s right, a double induction cooktop . . . as long as you’re not planning on searing any steaks. The big tradeoff here is that the Cuisinart Double Induction Cooktop splits the same 1800W power of other burners across its two surfaces, which means that neither will get as hot as a single induction cooktop. But if you don’t frequently cook over high heat and often have multiple things going on at once, this could be a game-changer. 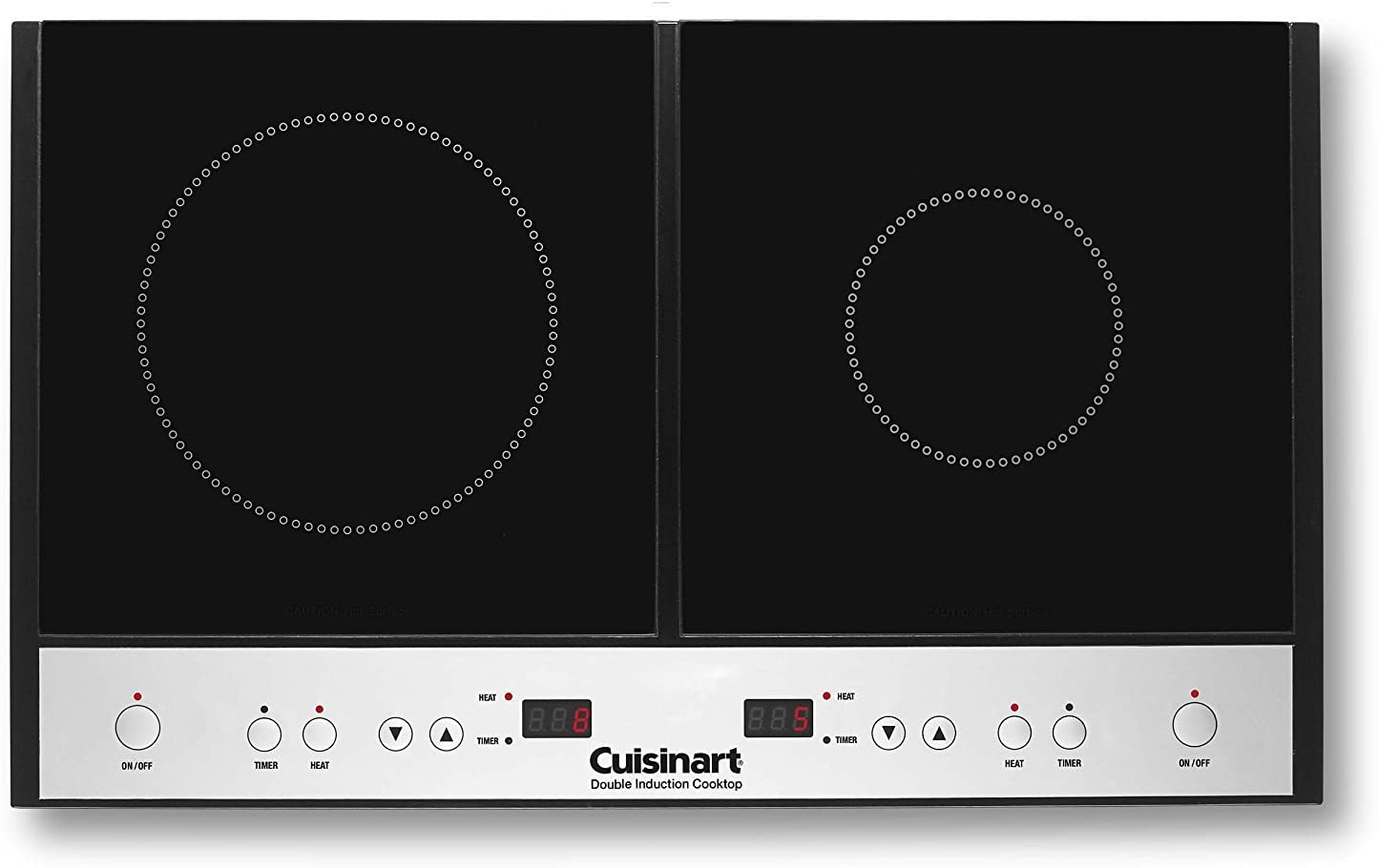