The 3D skull ice tray from DineAsia serves up a chilling way to keep your refreshments cool. Made of high grade, long lasting silicone, it forms four 3D skull-shaped ice cubes, sized to fit perfectly in a Gibraltar or Highball glass. The larger size makes the drinks stay cool longer than your average ice cubs, and as these macabre ice cubes start to melt, they produce a cool “Raiders of the Lost Arc” (true Spielberg fans will get the reference) effect. 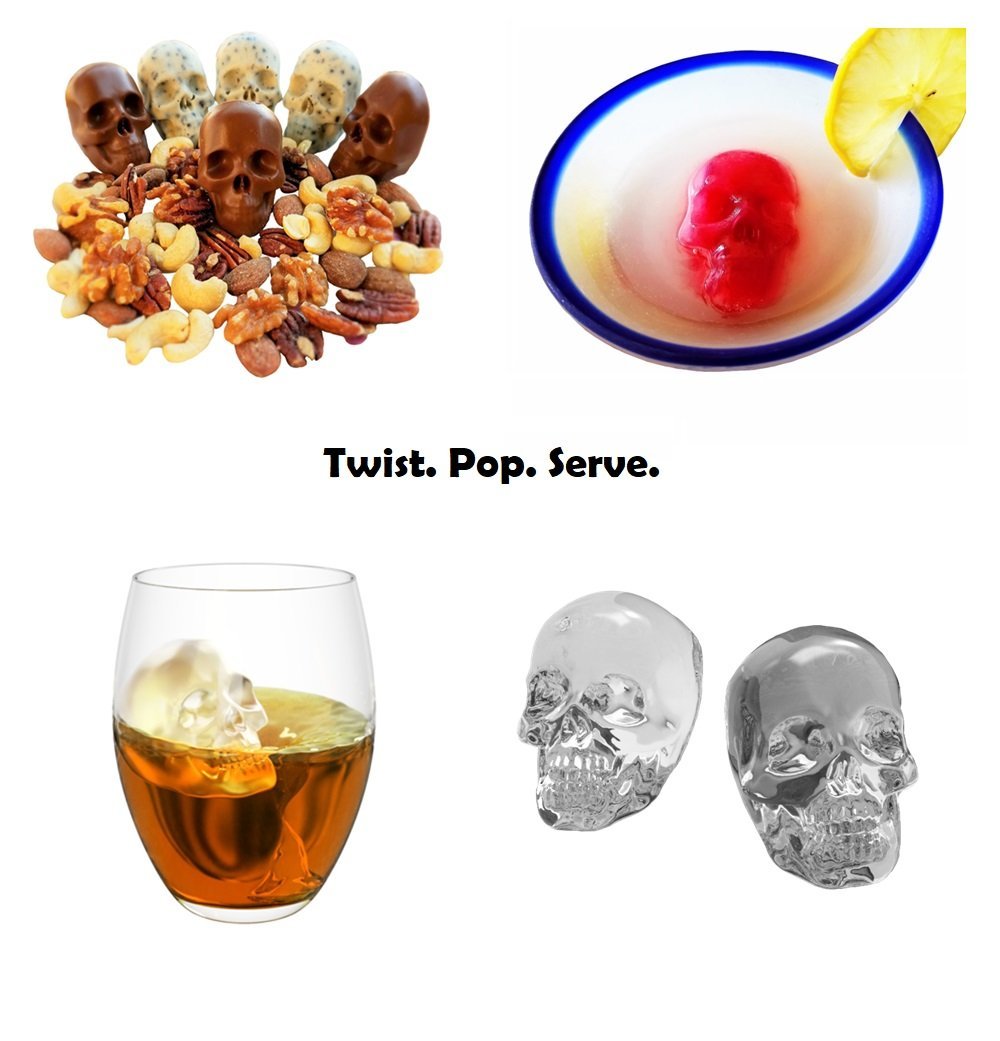 Virtually a must-have liquor accessory for your next goth-vibed salon or soiree, this ice cube tray adds a touch of what the Renaissance painters called Vanitas to any luxurious cocktail setup. 19th-century proto goths like Lord Byron might have preferred to actually drink their wine from a preserved human skull, but thankfully in the 21st century there are more hygienic ways to imbue your beverages with a creepy chill factor. The skull ice cube tray is dishwasher safe, unlike the poet’s graveyard goblet of old.