* Make slicing and serving a breeze
* Electric and traditional styles
* Not sure what a Granton blade is? Read on

Getting to carve the turkey is a right of passage in some households, so you better come prepared this holiday season. Our picks range from the traditional two-piece sets to the electric variety and even one that prevents food from sticking to it. No matter which type of carving knife you pick up, you won’t be disappointed, more importantly, you won’t butcher the turkey.

Purists will say electric knives are the last thing you’d want to use when carving up a turkey or ham, so we’ll let them continue having that conversation with themselves. The rest of us will take what help we can get. Aicok’s electric knife comes with a detachable and serrated stainless steel blade. 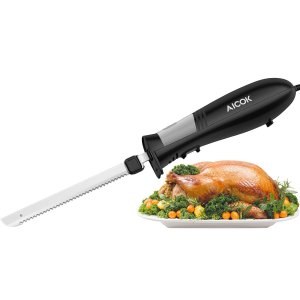 If you prefer something a bit more traditional, then maybe you’d like Threshold’s 2-piece stainless steel set. It comes in a matte gold finish, and it’s dishwasher safe. 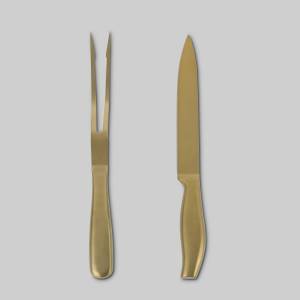 Made from a high carbon stainless steel, Master Racoon’s 8-inch carving set is not only ergonomically designed, but it also comes in a storage/gift box. 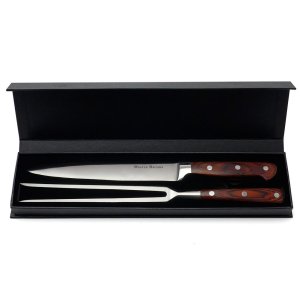 The best part of owning an electric knife is that you end up using it for everything, not just during the holidays. They’re also practical, which is probably why Cuisinart’s CEK-40 Electric Knife is the #1 best selling electric knife on Amazon. It ships with a wooden storage block, a carving blade and bread blade. 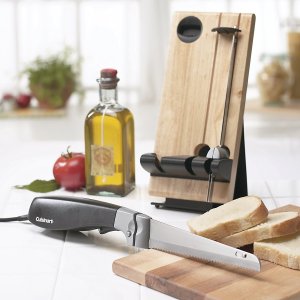 Victorinox’s 12-inch Fibrox Pro Slicing Knife is unique within this group for its Granton blade. Rather than shredding the meat as it cuts, the scalloped blade performs a more efficient cut so that food doesn’t stick to the blade. This also ranks as the #1 best selling carving knife on Amazon. 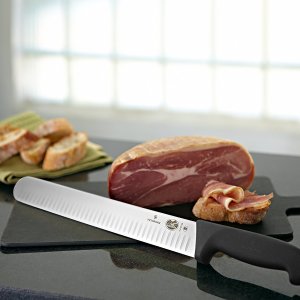 SPY Guide: Everything You Need to Make a Terrific Turkey