* TIFF kicks off September 7 and runs through the 17
* Stay at any one of our picks to be close to the action
* Stars expected this year include George Clooney, James Franco and Angelina Jolie

Cannes will always garner more hullaballoo than any of the other hundreds of film festivals throughout the year, but on this side of the pond and in many people’s minds, the Toronto International Film Festival (TIFF) reigns supreme. Though it takes place in September, TIFF has cemented itself as the go-to festival leading up to awards season. It has, after all, premiered several award-winning or noteworthy films, like Dallas Buyer’s Club and 12 Years a Slave.

Last year, the festival drew close to 480,000 attendees and screened 397 films from 83 countries on 28 screens across the downtown Toronto area. This year’s festival, which begins September 7, is set to for another amazing slate of films and celebrities to descend on “The 6,” including James Franco’s The Disaster Artist, John Woo’s Manhunt, and Louis C.K.’s I Love You, Daddy. Stick around the city or stay at one of our five picks and you just might spot George Clooney, Emma Stone, Angelina Jolie, Kate Winslet and Christian Bale, who all have films premiering at the festival as well.

With its hip interiors and an eclectic surrounding neighborhood (“West Queen West”), The Gladstone may not be in the thick of the action but it does tend to draw a much younger and hipper gaggle of celebs in town for the festival. It doesn’t hurt that every one of the 37 rooms was designed by a different artist too. 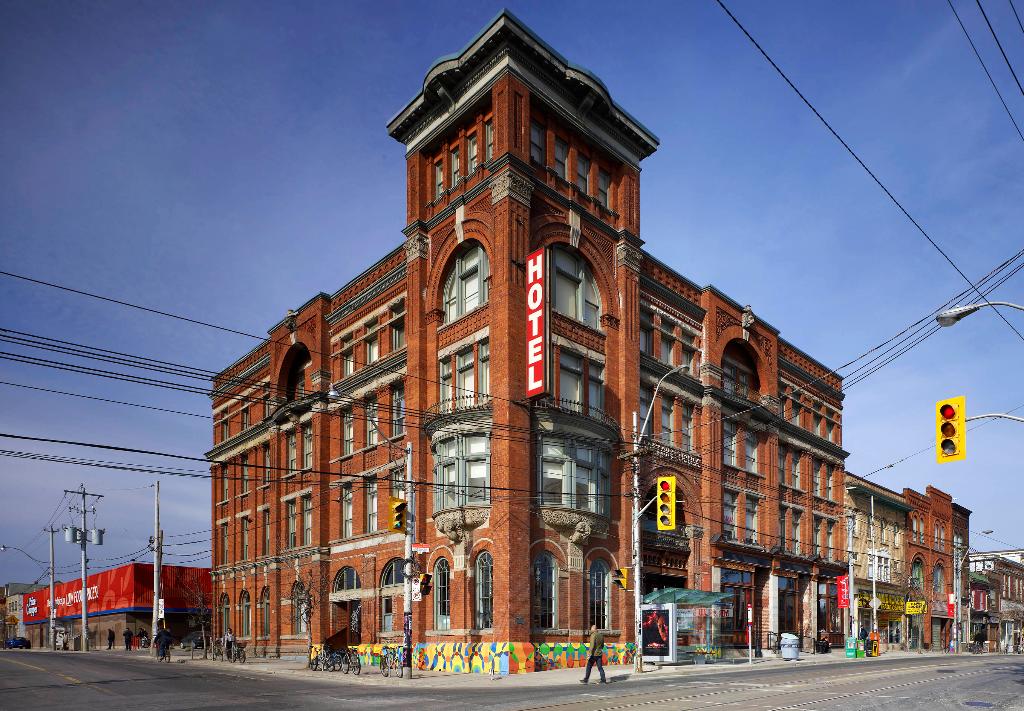 Find a room at The Gladstone Hotel

There’s a reason why a lot of the after parties take place at the Thompson. Just check out the view from the rooftop pool, which doubles as a swanky lounge after dusk. Not only that, but Entertainment Weekly has thrown its must-attend party at the Thompson the last two years. Stay here and you might find yourself mingling with the stars. But yes, that view.

Find a room at the Thompson Toronto Hotel

If you’re looking to stay in a more ritzy establishment, consider the Hazelton Hotel in Toronto’s upscale Yorkville neighborhood. Word is most celebs like to stay here, so don’t be surprised to see your favorite stars sipping a coffee on the patio, or shopping at nearby Holt Renfrew, or the Canadian shopping staple, Roots. 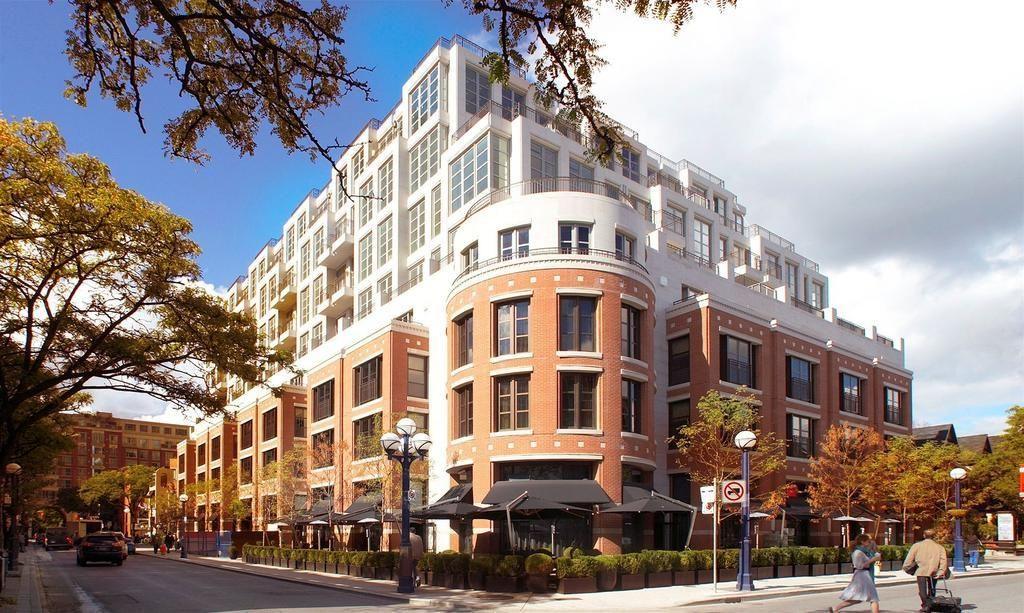 Find a room at The Hazelton Hotel

Toronto’s Shangri-la is situated next door to Soho House’s Canadian outpost, so expect to see celebs coming and going at this hotel or grabbing a drink at the lobby bar. The Shangri-La also benefits from its proximity to a number of screening locations for the festival, and it’s home to Momofuku Daishō and the Noodle Bar — the two Canadian outposts of David Chang’s popular New York chain. 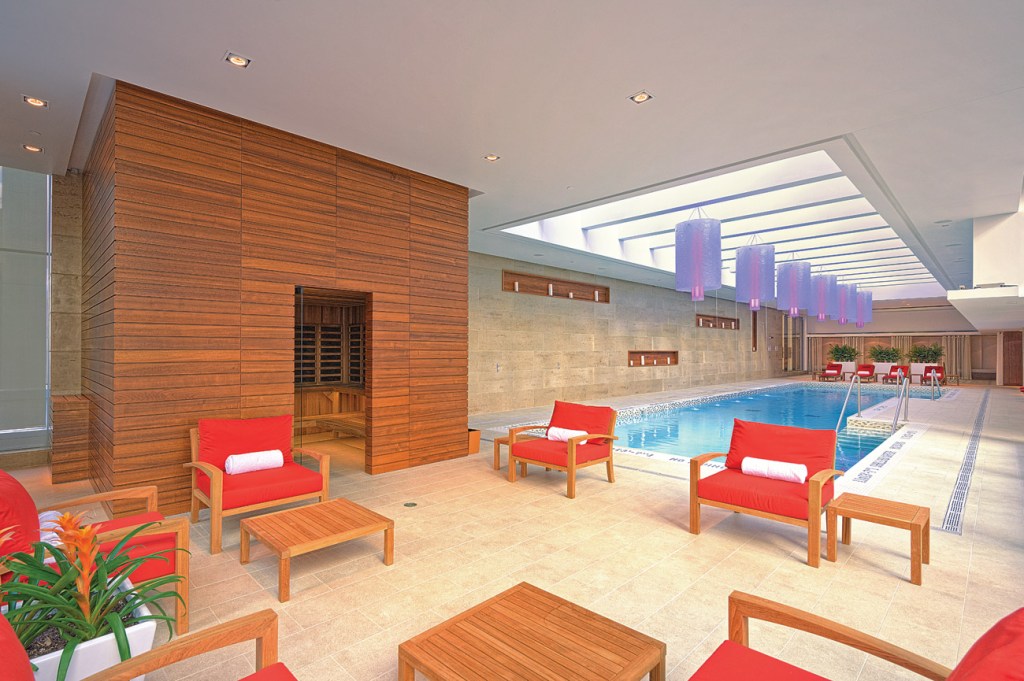 Find a room at the Shangri-la Hotel

If you’re looking for the epicenter of celebdom at TIFF, then you need only stay in one place: the Four Seasons. It’s at once expansive and intimate, with a host of amenities catering to every guest — whether you’re an A-lister or just playing one for the weekend. 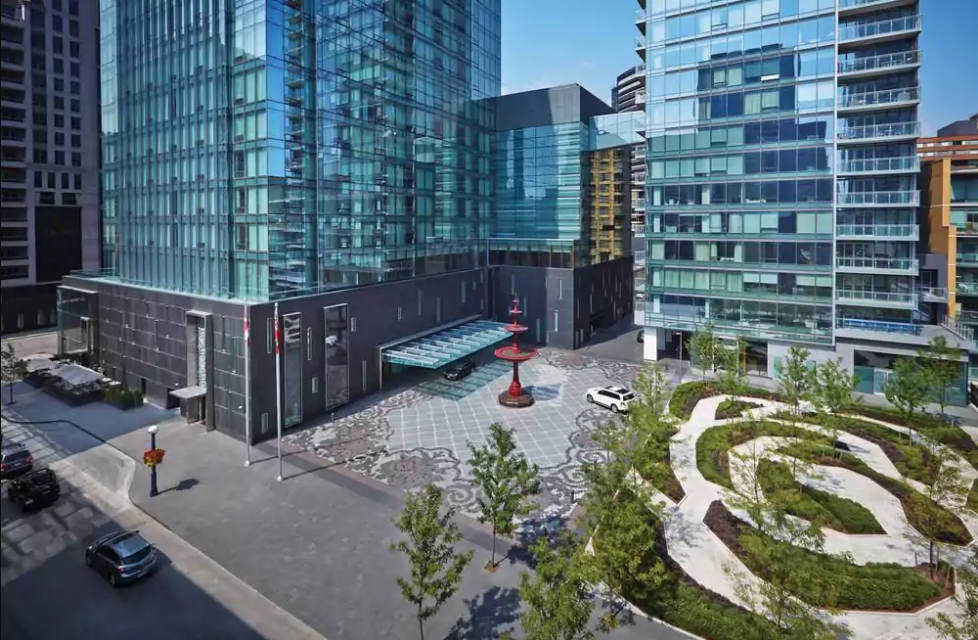 Find a room at the Four Seasons Hotel