Festival season rambles on this summer with the Outside Lands Festival in San Francisco next weekend. The festival features a spectacular lineup of over 60 musical and comedy acts.

Whether you’re looking a last-minute summer adventure or you’ve just procrastinated until now to book your hotel, have no fear. Outside Lands got its name because of Golden Gate Park and its surrounding area’s relatively un-central location with the city. It’s held in the expansive Golden Gate Park (bigger than NY’s Central Park) sandwiched between the Outer Richmond and Outer Sunset districts near the University of San Francisco. But thanks to the city’s tiny size and adequate public transportation, it’s not necessary to stay within minutes to the venue if you’d prefer to stay in one of the Golden City’s other neighborhoods. Here are the best places to stay for Outside Lands.

Located directly across from Golden Gate Park and less than a mile away from the center of the legendary Haight-Ashbury district, the Stanyan Park Hotel is the optimal choice for those looking to stay as close as possible to the venue location. It’s also located in close proximity to some of San Francisco’s best tourist attractions, including the Japanese Tea Garden, San Francisco Botanical Gardens and the California Academy of Sciences. Another bonus? The hotel is seated right next to Avenue Cyclery, where you can rent a bike for the day. 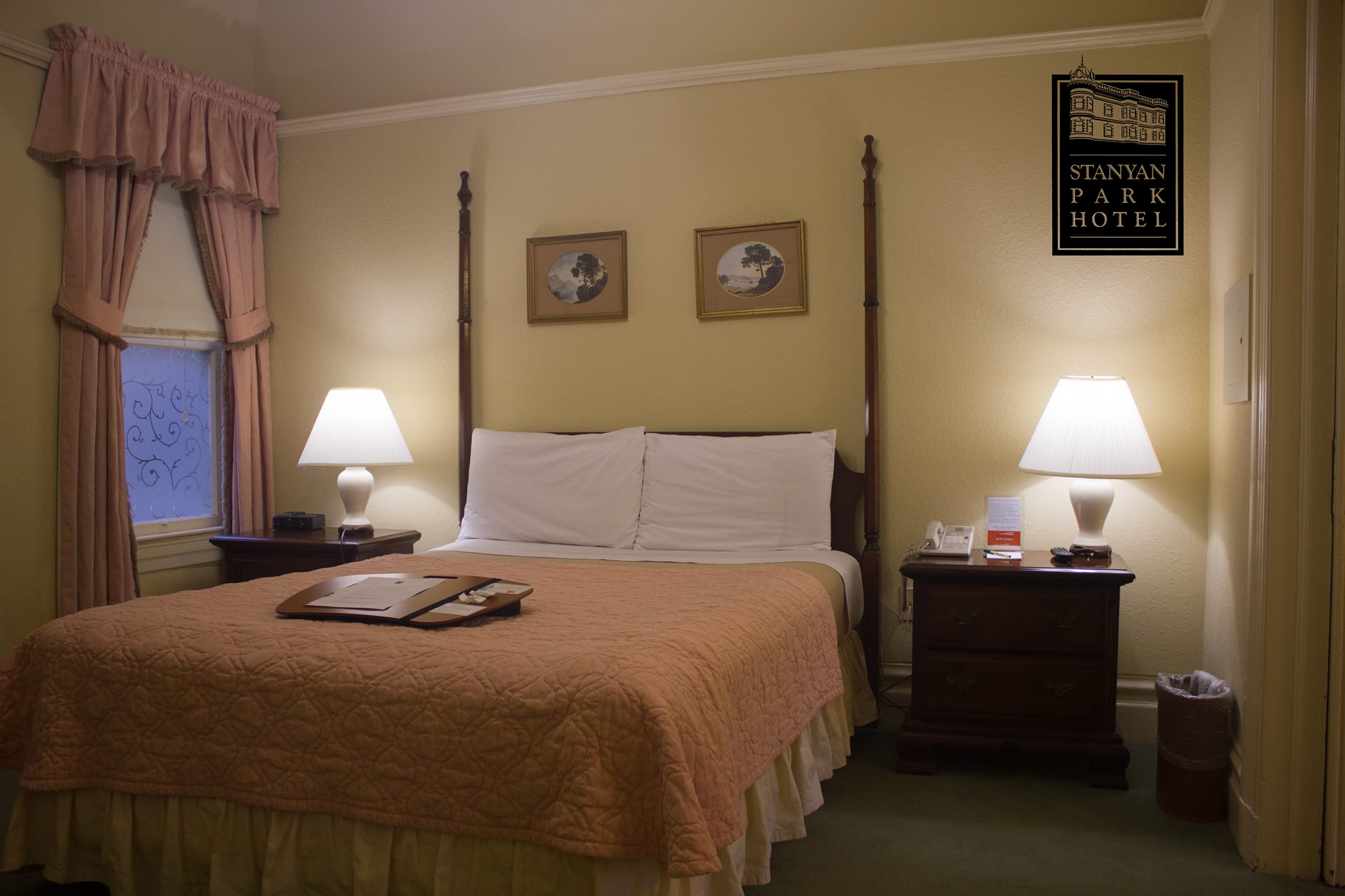 This hip boutique hotel is located at the intersection of the up-and-coming Tenderloin, Civic Center and Little Saigon districts, where you’ll be able to find consistent and direct transportation via BART, muni, or a ride sharing service to Golden Gate Park. This 1950s modernist meets rock-and-roll style hotel feels almost out-of-place in the middle of one of the most bustling areas in the city–but it a good way. According to the website, The Phoenix has long been a sanctuary and pit stop for travelling musicians and artists during the Beat Generation and beyond. The hotel continues to offer long-term temporary housing for musicians and artistic “vagrants,” and was apparently frequented by Neil Young, Debbie Harry, and even JFK. The music-themed undertone makes The Phoenix a fun lodging choice for those visiting to enjoy music in and outside of Outside Lands. 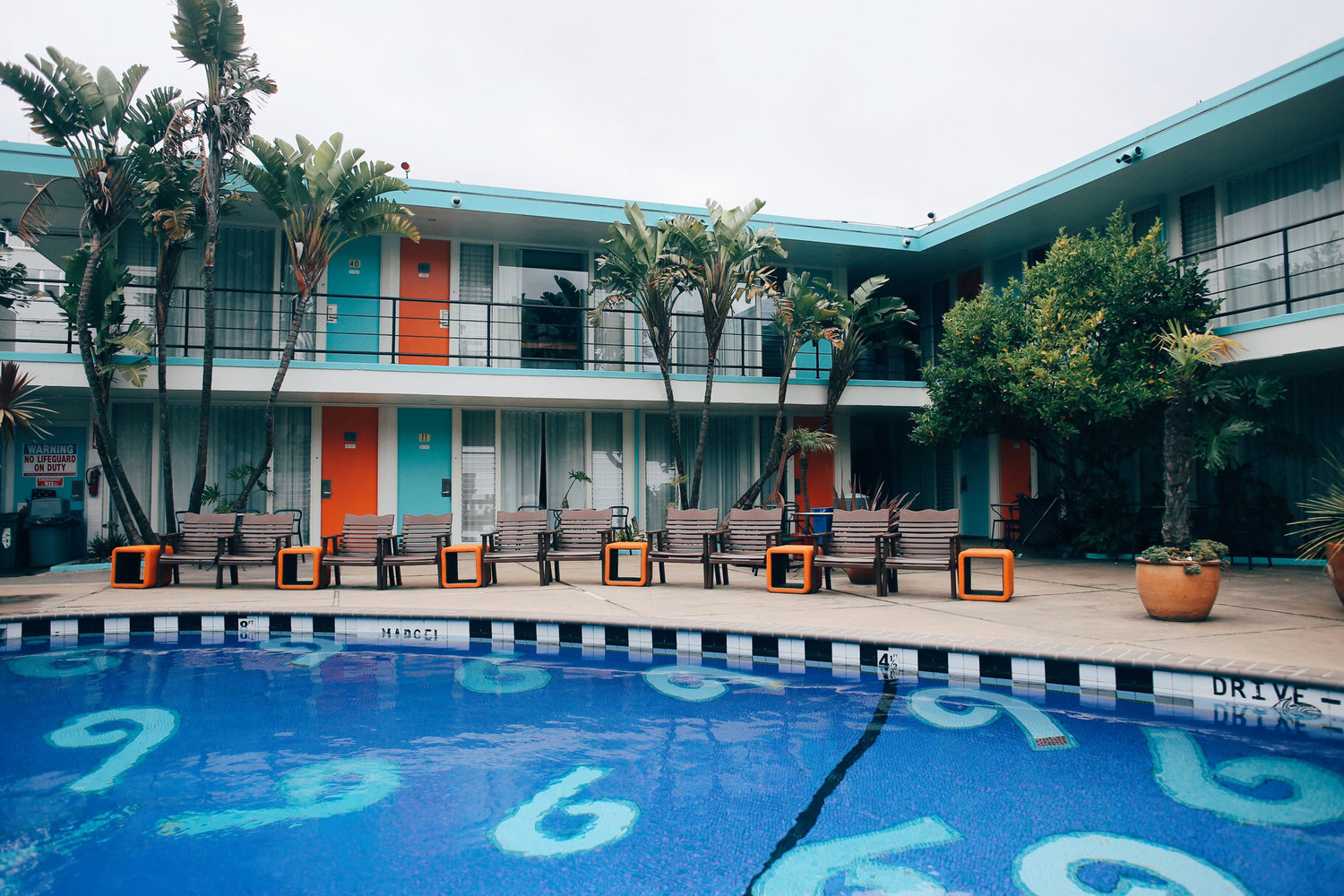 This Hollywood regency style hotel prides itself for its swanky decor and elevated amenities. There’s unlimited, in-room water and coffee, HDTV, neon-yellow beach cruiser bicycles so you can explore the city in style, and plush slippers that you’re actually allowed to take home with you. Another perk? Each afternoon the hotel offers gourmet coffee from local roasters and their signature pineapple cupcakes for a sweet snack in their elegant lobby. Located centrally in San Francisco’s Union Square, the Alise in a short walking distance to a wide range of transit options to get you to Golden Gate Park with minimal stops and transfers. 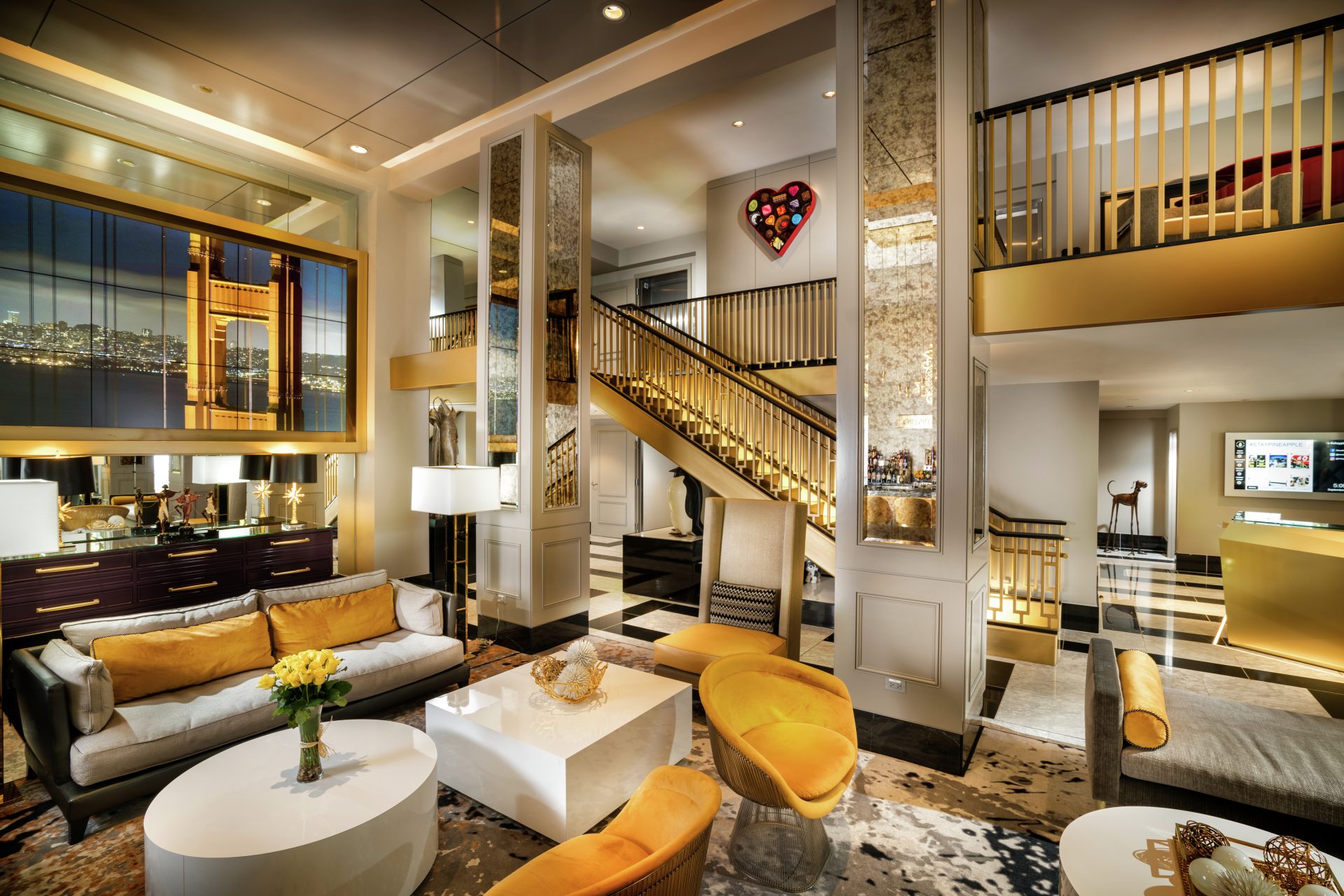 Image courtesy of The Alise Hotel

This Japanese-influenced boutique hotel is located in Japantown, just blocks away from the fast-paced Fillmore district. The hotel room is decorated with traditional, ukiyo-e motifs and some rooms are even equipped with Japanese-style soaking tubs. Kabuki also offers access to a nearby full service spa and Japanese-themed activity packages, in case you find yourself in the mood to escape the noise of the festival. It’s also a dog-friendly facility, making it a great option for those who want to bring their pups along. It’s located just three miles from Golden Gate Park (about a ten minute drive or 40 minute bus ride). 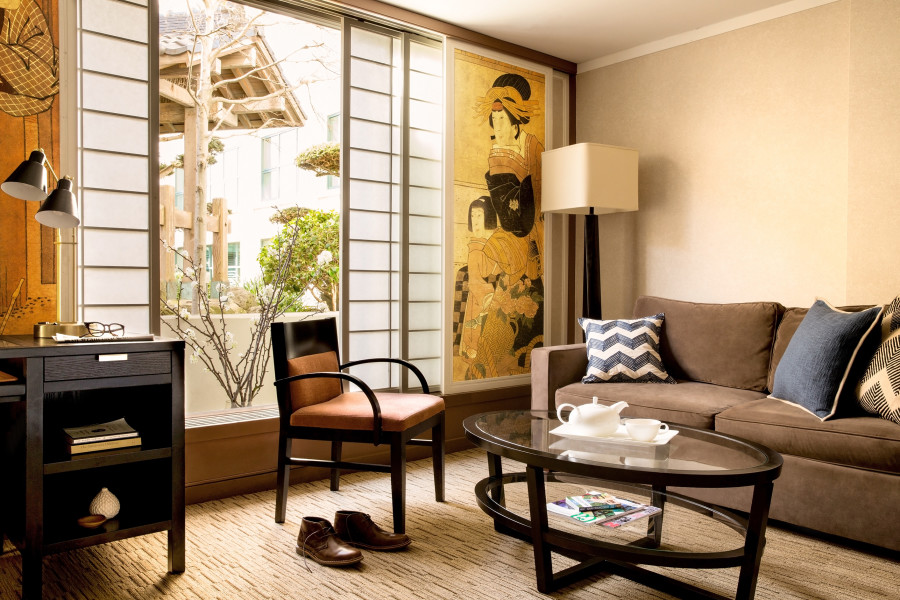 Located in San Francisco’s theater district, the Warwick hotel boasts some of the most incredible views of the city from its cozy guest rooms. The Warwick prides itself as a lodging destination where “history meets the moment,” and maintains an old world charm with antique furnishings and a Victorian theme, while offering the best in modern accommodations. Here, you’ll have access to room service, 24-hour shoe shining service, an off-site fitness center, and their renowned in-house restaurant BOTA, and cocktail lounge, The European. 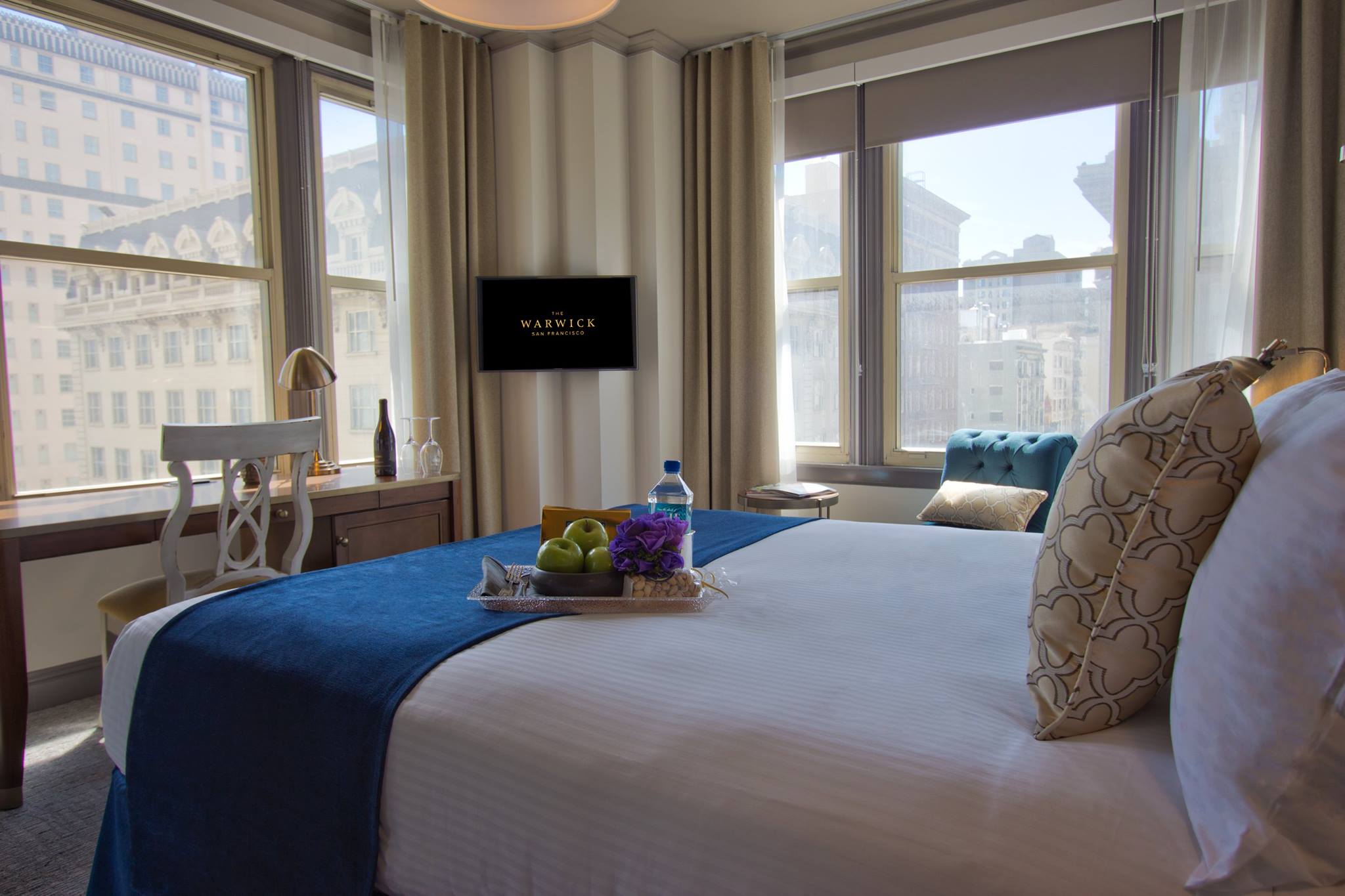 Image courtesy of the Warwick Hotel