It’s impossible to think of LA and not think of Hollywood. The birthplace of modern cinema, Hollywood is to Los Angeles what Times Square is to NYC. Whether you’re a classic tourist or a West Coast connoisseur, no trip to LA is complete without a stop in Hollywood. That’s why we made the ultimate list of things to see in this iconic neighborhood.

From the macabre to the marvelous, here are 11 must-see places in Hollywood.

When in LA, do as the stars do. Grauman’s Chinese Theatre (now known as the TCL Chinese Theater) is quite possibly one of the most iconic theaters in the world. Situated on Hollywood’s iconic Walk of Fame, this theater is THE spot to visit if you’re looking to spy a few stars. Sure, it’s a little cliche, but this iconic theater is a must-see. Also: it’s an actual working theater so don’t just stand outside and snap pics. Grab a ticket to see one of the current new releases inside on the theatre’s iconic big screen. Here’s a look at current showtimes. 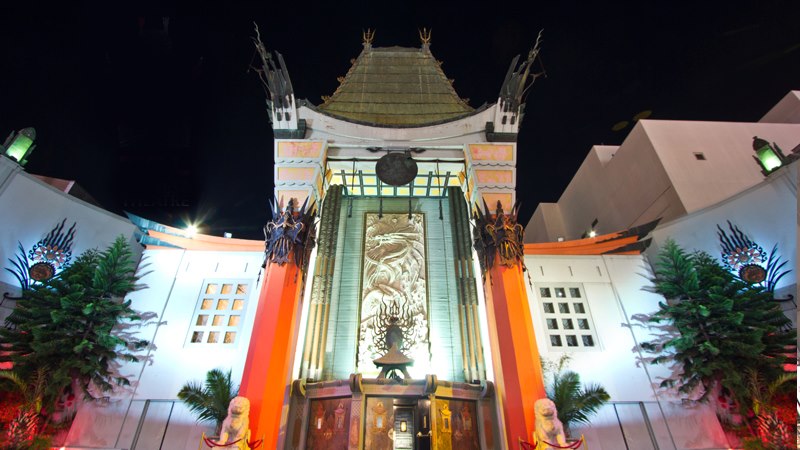 No trip to Hollywood would be complete without visiting the Walk of Fame. Stretching roughly 1.3 miles long, the Walk of Fame includes more than 2600 different stars. From classic Hollywood icons to more recent inclusions, the Walk is situated right next to the TCL Theater, making it another must-see. 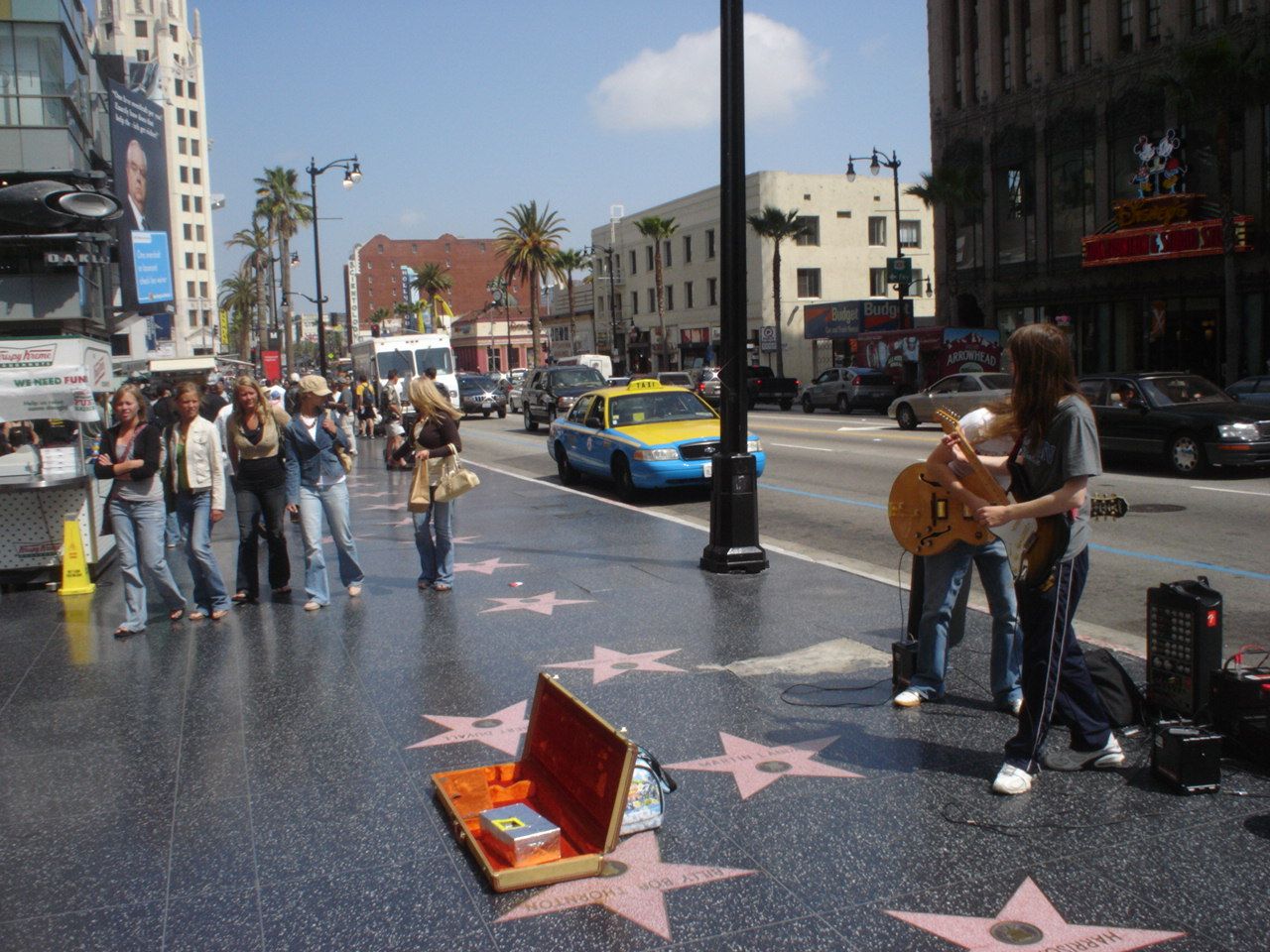 Billed as the “most unusual private club in the world,” The Magic Castle offers a dining experience unlike any other. As a clubhouse for the Academy of Magical Arts, this majestic building was built in the early 1900s and is known to be highly exclusive. In fact, you need to utter a secret phrase in order to enter. You can expect a typical evening to include various magic shows and demonstrations — that is, if you’re able to find your way in. 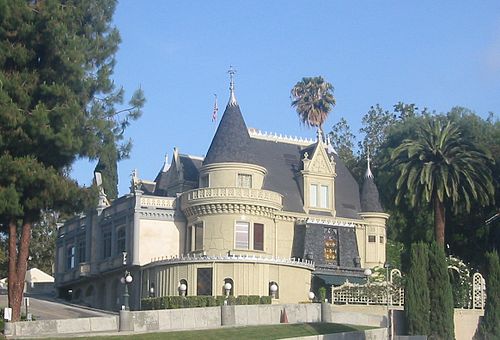 Photo courtesy of The Magic Castle

4. MiniBar (Inside the Hollywood Hills Hotel)

Nestled inside the Best Western Hollywood Hills Hotel (yes, the Best Western) is one of LA’s best-kept secrets. The MiniBar, which is known for its classy decor and amazing old-school cocktails, is a throwback to the 1930s film noir era. Sit back, enjoy a few cocktails and drink in the atmosphere. Just make sure you can find the secret entrance. 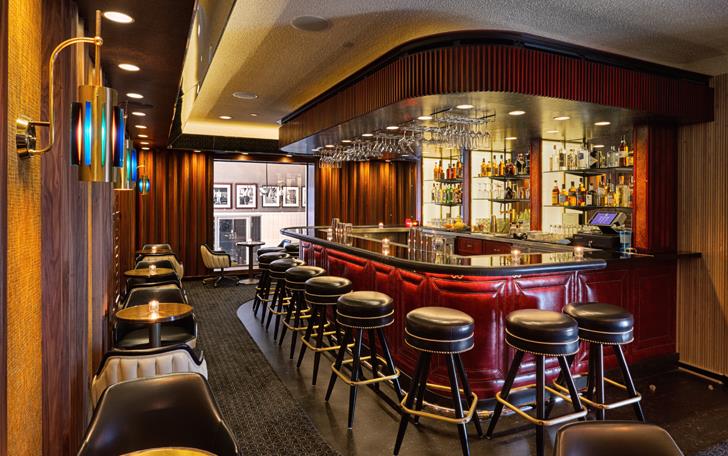 As one of the biggest and most iconic venues in LA, the Hollywood Bowl is THE spot to see a show. Featuring a stellar bowl shape carved into the Hills, this amphitheater is known to host LA’s own Hollywood Orchestra. Featuring concerts, plays, films and more, you can check out the list of upcoming shows here.

Another iconic LA landmark, the Greek Theatre is located in Griffith Park. Modeled after a Greek Temple, this venue offers unparalleled acoustic quality and is the perfect spot to catch a local show. Spend the day before the show hiking the nearby hills or by visiting the Griffith Observatory next door. 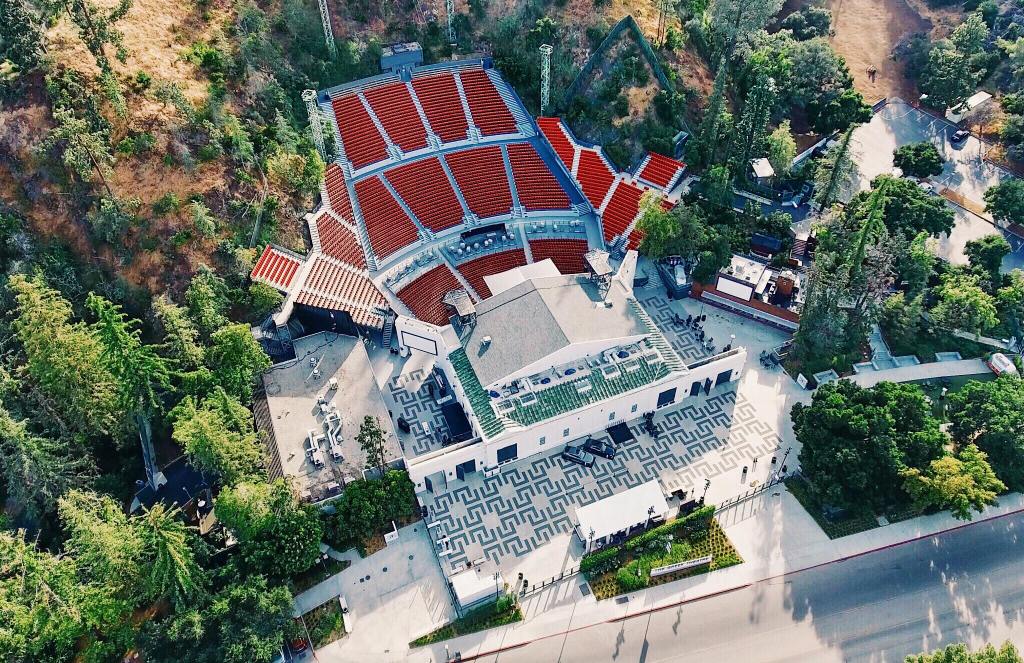 Photo courtesy of the Greek Theatre

As the oldest hotel currently operating in LA, the Hollywood Roosevelt is brimming with nostalgia. Built in 1926, the beautiful hotel overlooks the heart of California. Even if you don’t stay here, it’s worth visiting just so you can see the Spare Room cocktail bar (which also has two bowling lanes inside). Also make sure to grab a burger and shake at 25 degrees, the hotel’s 24-hour classic burger joint. 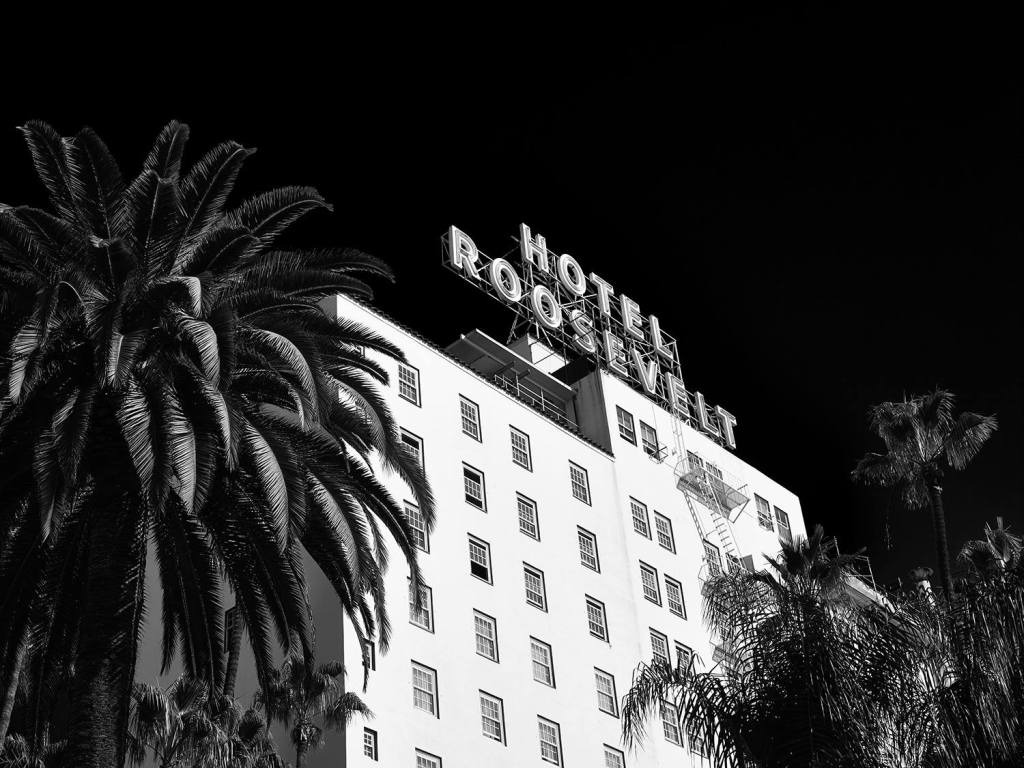 Photo courtesy of the Hollywood Roosevelt

Formally known as the RKO Theater, the Pantages was the last standing theater to be built in the Vaudeville era and as such offers a theater experience that’s second to none. With beautiful ornate decorations, comfy seats and an amazing center stage, this theater is essentially Hollywood’s version of Broadway. Here’s a list of what’s playing. 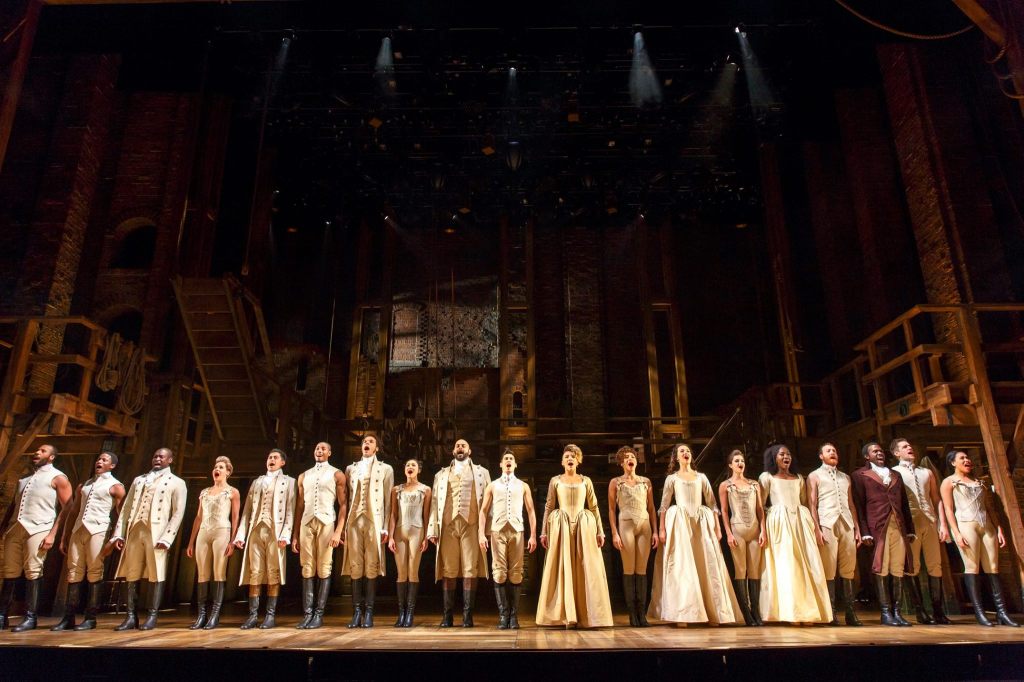 Photo courtesy of the Pantages Theater

With Halloween creeping up around the corner, now’s the perfect time to visit this bizarre-yet-beautiful LA landmark. Located on Hollywood Boulevard, the Museum of Death features the world’s most complete collection of serial murderer artwork. J.D. Healy and Catherine Shultz, the two owners, say the goal of this museum is to make people feel happy to be alive. 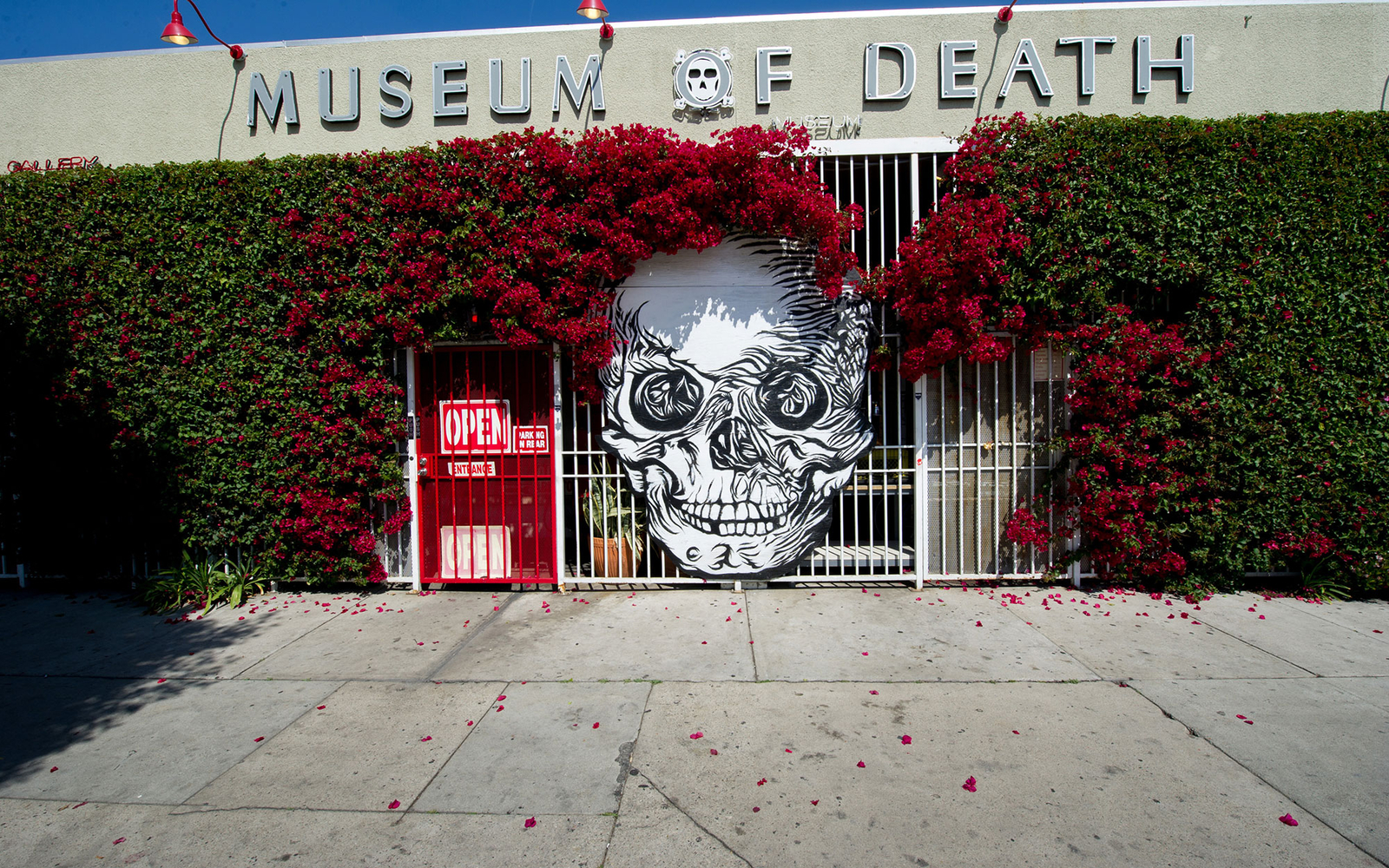 Take a trip back in time with this kitschy (and delicious) retro diner. Mel’s is modeled after American Graffiti , Steven Spielberg’s classic 1973 film. It’s also home to the world-famous Melsburger, which some say is the best burger in LA. 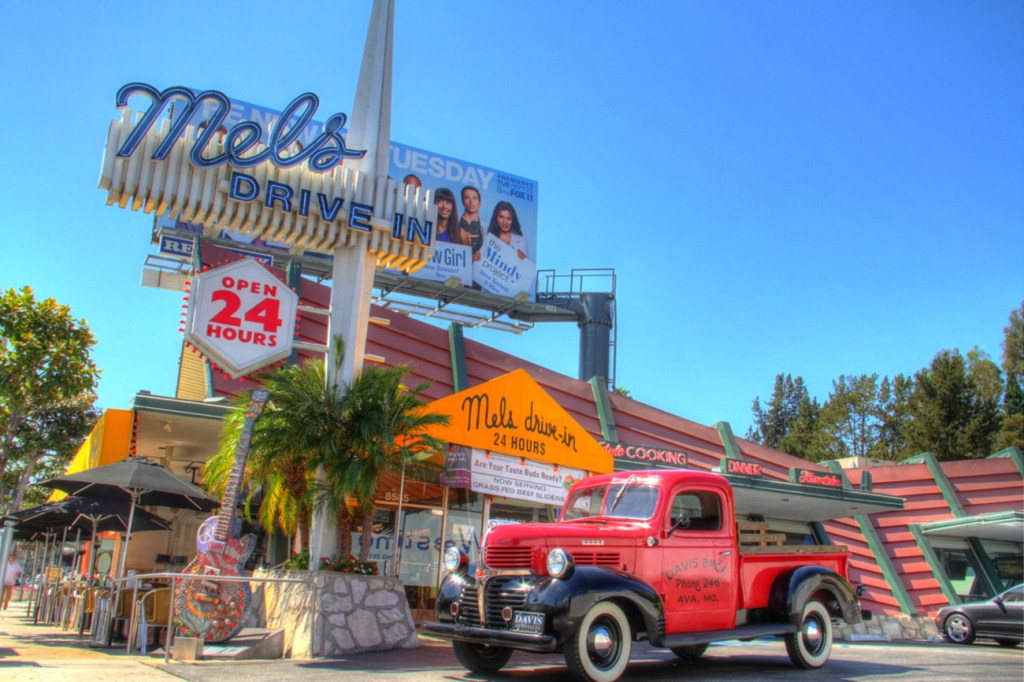 Finally, no trip to LA would be complete without stopping at the Hollywood Museum. Housing the most expansive collection of Hollywood memorabilia in the world, this museum contains over 10,000 different props and other knick-knacks. Plus, it’s actually connected to Mel’s Drive-In, so if you visit one, you have no excuse not to see the other. 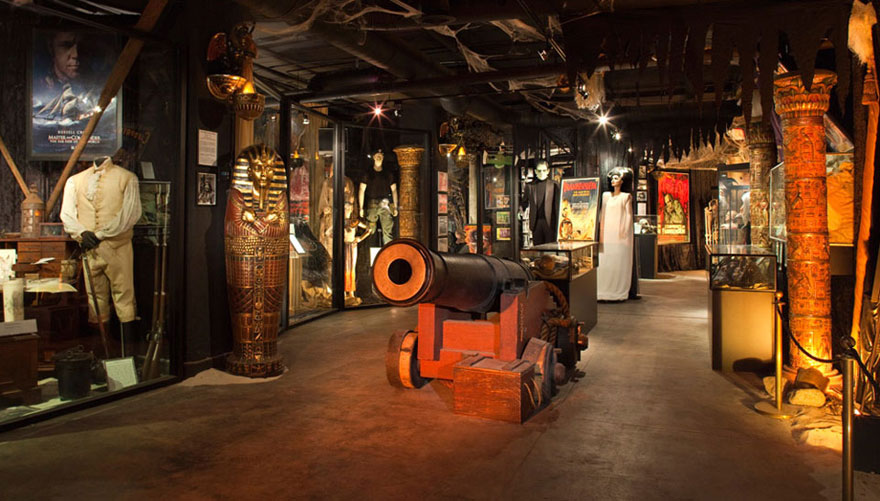 Photo courtesy of The Hollywood Museum