* Members get an eight-person entourage
* No lines, and private security screenings
* You don’t even handle your own baggage

Beginning May 15, the rich and famous are set to have their own exclusive terminal at Los Angeles International Airport. Instead of taking the usual 2200 steps from the car to a plain seat, VIP passengers will only take 70 “peaceful footsteps.”

Dubbed, the “Private Suite,” members of the exclusive area avoid waiting in line at the security checkpoint, as they are provided a private TSA screening. That’s only the beginning. They avoid concourses altogether, and they don’t have to line up at ticket counters or boarding gates — or even deal with baggage. It’s all taken care of for them. 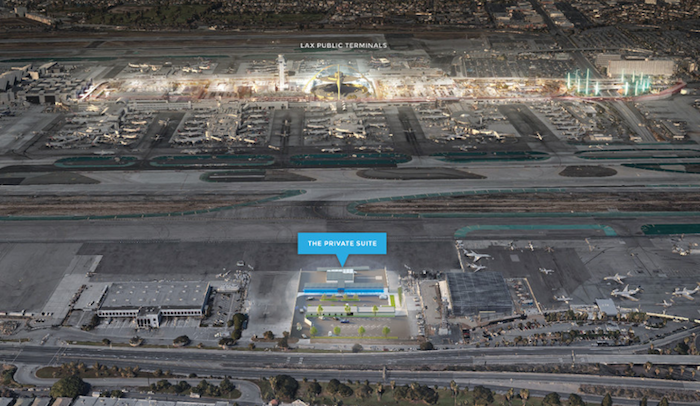 Instead of hanging out in a lounge or near the gate prior to boarding, members get to wait in a totally private suite that includes its own bathroom, a food-service pantry, a two-person daybed and a view of the tarmac so that they can watch planes take off and land. Then when it’s time to board, members are driven from the suite to the aircraft in a private car. 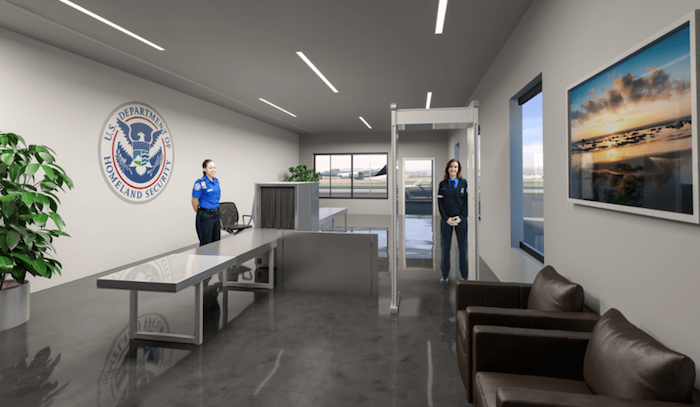 All is made possible by the eight-person entourage assigned to each member. One person escorts members to the gated compound, while a second person brings you to the suite. A third and fourth person handle special requests, and the fifth person takes you through TSA screening to a BMW 7 Series sedan, where the sixth person (a driver) is waiting. A seventh person escorts you to the aircraft, while the eighth person — who you never even see — deals with all your luggage. Of course, the same process happens in reverse when you return to LAX.

Membership costs $7,500 annually. You can also take a test drive (or, flight) with a trial membership. Trial members pay $3,500 for domestic flights and $4,000 for international flights, with service for up to three people.