This summer, air travel experienced an armageddon of unprecedented proportions as millions of passengers, including myself, experienced delays, cancelled flights and lost baggage. Boy, would I have killed to have a luggage tracker attached to my beloved suitcase when I turned it over to the TapAir Portugal luggage handlers this summer at the Lisbon airport, but alas, I didn’t. After successfully retrieving my bag after just a few days, I vowed to never leave my belongings fully in the hands of others and test the best luggage trackers on the market to see which one is the most reliable.

After all, you can acquire the best hardshell luggage, pack it worthy of a trained flight attendant and check off every essential travel accessory there is out there — but if your bag doesn’t arrive when you do, it won’t do you much good.

One important thing to note at the beginning is there are basically three leading brands and products that make devices you can use to track your luggage. None of them are marketed explicitly as luggage trackers, but rather as small, portable devices you can hang on keys, throw in your bag or slip into your wallet to track the whereabouts. The most popular options today in the space are Tile Trackers, Samsung’s SmartTag and Apple’s AirTag, all three of which we tested over the course of months while traveling before deciding on our ranking below.

In this piece, we’re going to outline our ranking, our reviews of each one including its biggest pros and cons, how we tested each product and why you should trust SPY when purchasing a luggage tracker.

The Best Luggage Trackers: At a Glance

Best For: Long-distance travel and reliable updates outside the device’s range.

Why We Chose It: Apple’s AirTag gave us the most accurate minute-by-minute updates on our luggage’s locations throughout the airport and is the most reliable tracker we tested for iPhone users. 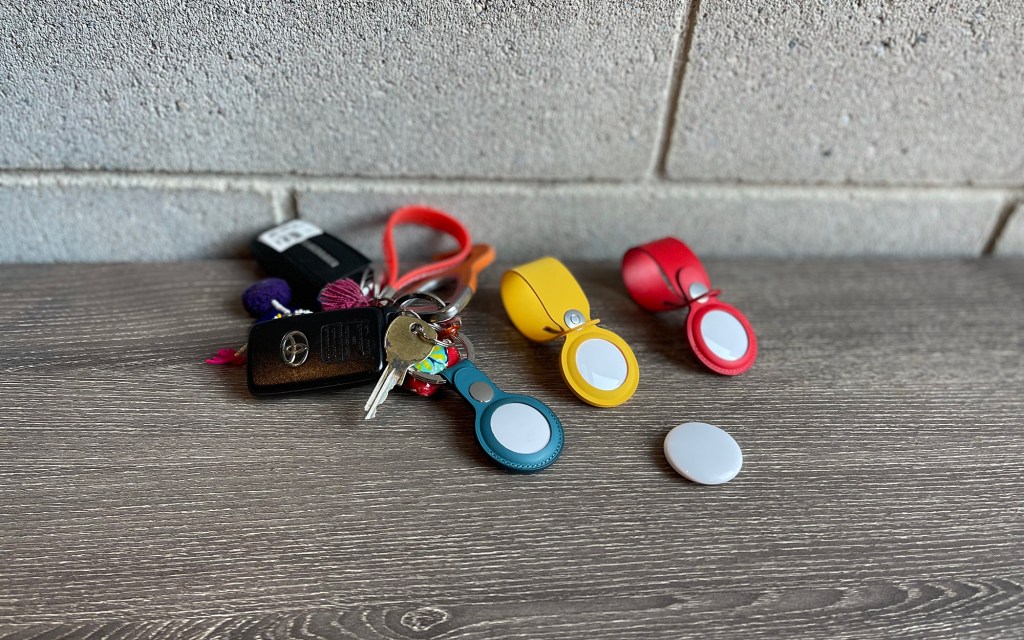 I used Apple’s AirTag as a luggage tracker on a trip to and from New York, and while I couldn’t stage a testing scenario in which my bag was lost, I’m confident it would provide reliable updates in a scenario in which my bag was out of state or even out of the country. Apple’s AirTag doesn’t have an established range via their website,  but with the AirTag it doesn’t really matter. The technology only requires having AN iPhone, not even YOUR iPhone, and being close by in order to function, so I was able to get accurate updates from my AirTag of its whereabouts well over 250 feet away from me.

The Apple AirTag was very easy to set up and syncs up with the same “Find My” app Apple users can use to track their MacBook, iPad or other devices. You can order it to play a sound, locate it on a map or even get step-by-step directions to your item if need be.

As soon as I checked my luggage the tracker picked up its signal as it was transferred from the belt to the plane and back again. One of the best parts was knowing exactly when my bag was going to arrive at the baggage carousel, as timing that up perfectly was satisfying.

My favorite part of using the AirTag was its simplicity and accuracy. There was no point in which I didn’t know where my bag was, and I was able to verify that the airline’s notification that my bag was on the plane was correct by seeing that it was near me before we took off.

Why We Chose It: Functions very similarly to the Apple AirTag, and is essentially an equivalent device for Samsung users. 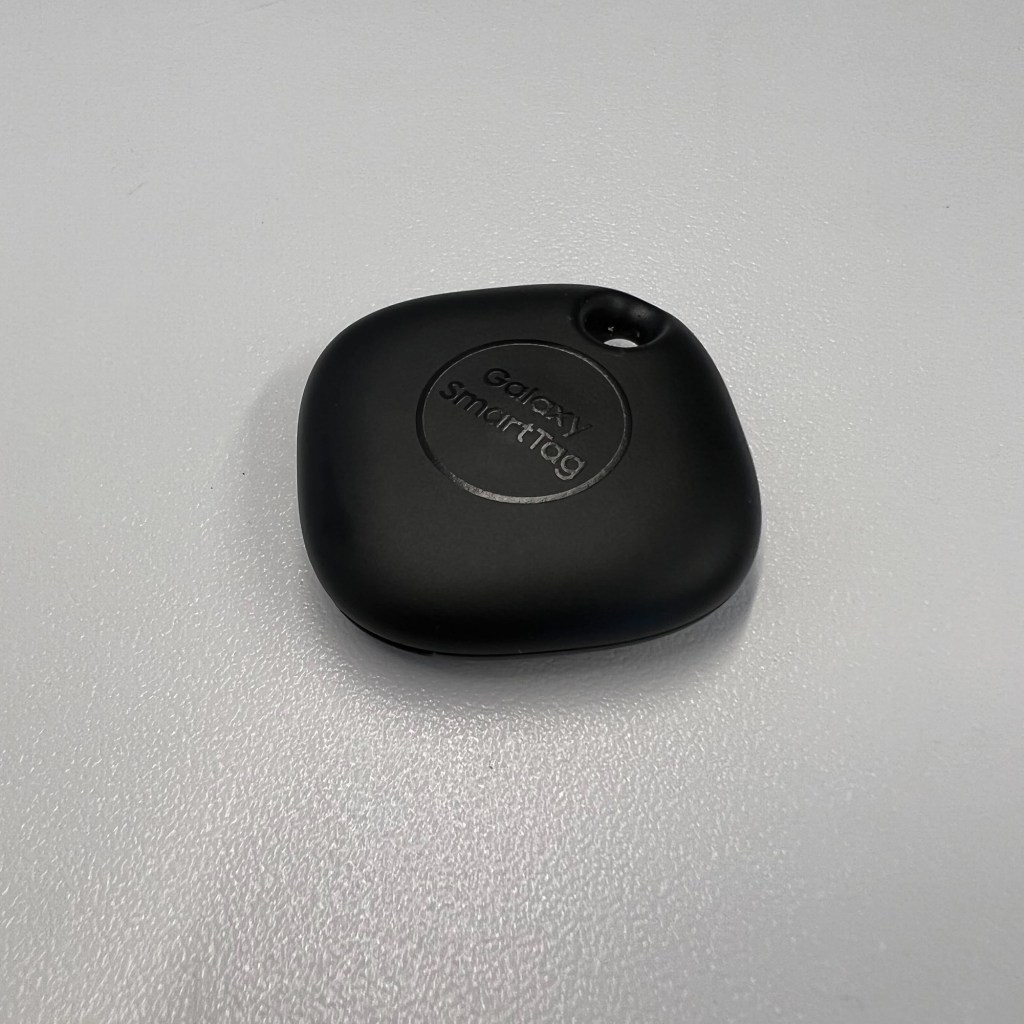 Buy Now On Amazon
$30 at Samsung

I am not a Samsung user, so I had SPY E-Commerce Editor, Jonathan Zavaleta, test this unit, who was very satisfied with his experience. Rather than tracking his luggage, he tracked another member of the team (with permission, of course) and was able to get updates on his journey through Los Angeles over a weekend. Even though he wasn’t at an airport, he tracked our coworker at a range of nearly seven miles. Very impressive, which also confirms it would provide accurate location info in and around an airport, if not beyond it.

The Samsung SmartTag only works with Samsung phones, so we conducted our testing with a sample smartphone sent to us from the same brand. The setup of the phone and tracker were both easy and the SmartTag required no additional app download to work, much like the AirTag with Apple. It’s an implemented app, already in Samsung phones, which made the whole process seamless.

Here’s a video of our coworker’s whereabouts on the weekend.

The Tag gave updated info on the location of the (very friendly and hard-working) “luggage” as it moved from place to place, easily visible within the app. The Smart Things app also offers the option to sound an alarm when in the same room as the SmartTag or you can use “Search Nearby” to be directed to it. Our reviewers found that the alarm sound worked, but the “Search Nearby” took a while to establish a strong enough signal to find the device, and it took actual motion to locate it.

The range of the SmartTag is theoretically 130 yards, even when offline, but our testers found that it worked well beyond that. You can use other Samsung devices to locate your belongings and even if you’re offline you can see where your tracker was last detected, a feature that would be super helpful on planes with no service and limited WiFi.

Best For: Finding devices at home.

Why We Chose It: Tile is a well-known brand in this space, but their products aren’t luggage trackers. 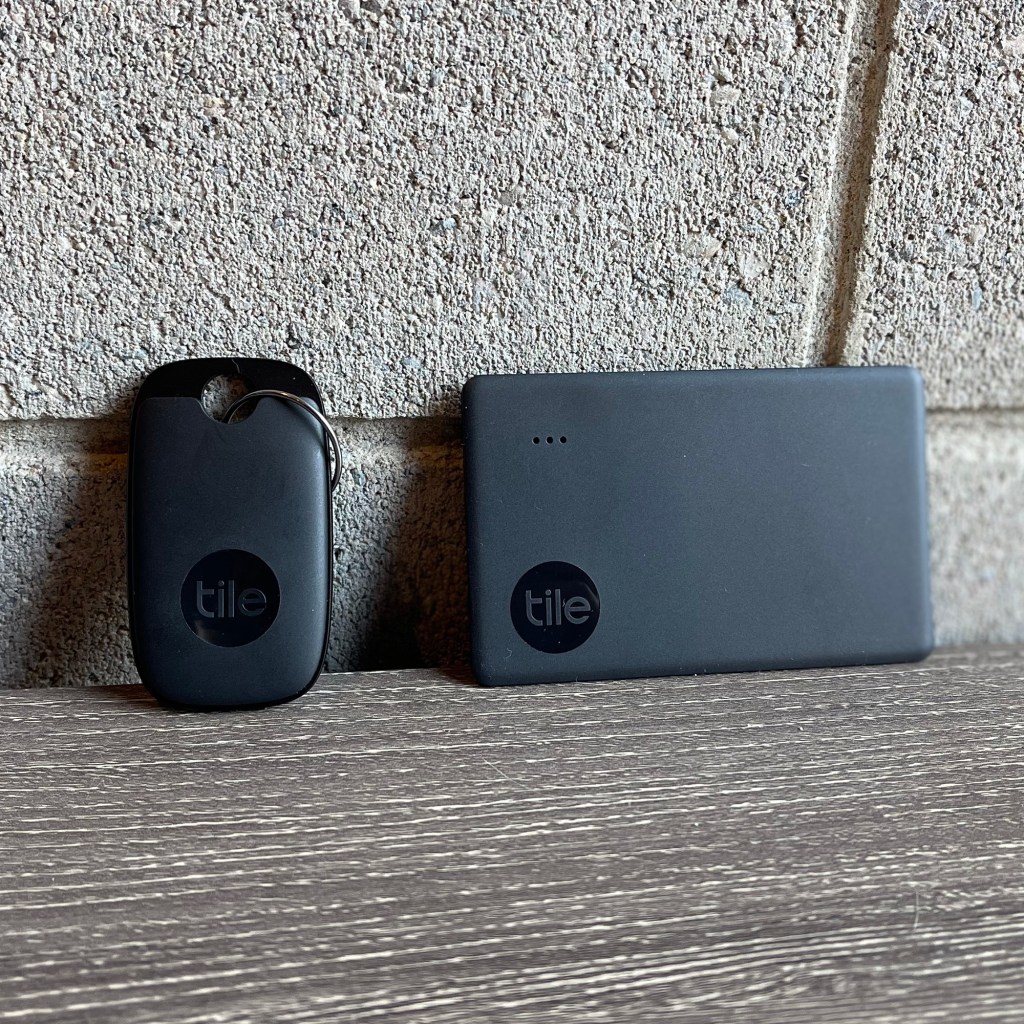 Buy Now On Amazon
$25 and up at Best Buy

We should note upfront that we opted to try out Tile for this experiment because they’re one of the biggest brands in the tracking space. However, their products are designed to locate your keys and wallet at home and aren’t marketed as long-distance trackers, so we don’t recommend them over the other two to track luggage.

They can function similarly to the AirTag or SmartTag and give you the last known location of the item, but we weren’t able to get moment-by-moment accurate updates on the device’s location past the range of the Tile trackers we tested — the Tile Pro has a range of 400 feet and the Tile Slim 250 feet.

The setup for both Tile trackers was about as easy as the AirTag with the addition of downloading the Tile app. After downloading the app and setting it up, syncing the trackers was very easy. The Tile app persistently asks you to set your location access via iPhone to “Always” instead of “Only When Using the App,” theoretically so they can give you timely updates, but I opted to turn it off and the location tracking continued to work only when I opened the app.

Tile trackers work very well when you’re within range, however, outside of their range, they’re not the best option. If you’re desperately looking for your keys or phone at home, they’re perfect. If you’re in a busy airport and your luggage hasn’t arrived at baggage claim, other devices on the market are made to solve your issue more efficiently.

I do like how Tile makes trackers of various sizes, including the Slim, that works perfectly in your wallet as well as rounder ones that are perfect for keys or a backpack. The alarm sounds are also very responsive, every time I triggered them via the app they started up right away. One major pro of Tile is they’re compatible with both iPhones and Android smartphones and are the only tracking device that works with both.

I will note that for the price, the range of Tile trackers is disappointing, as they’re more expensive than both the AirTag and SmartTag which both worked at further distances.

How We Tested The Best Luggage Trackers 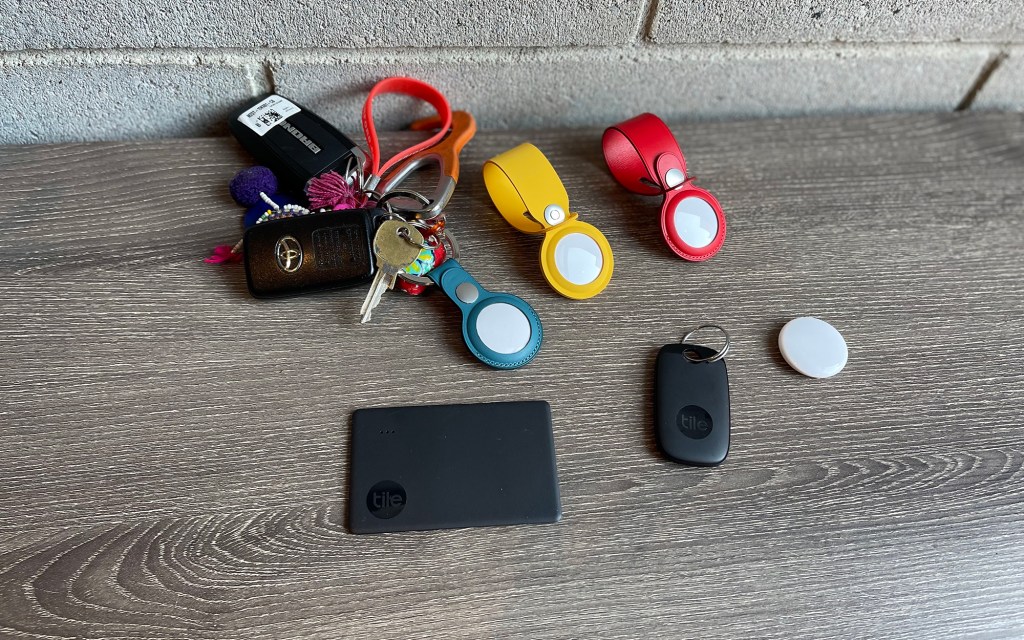 We attached each tracker to a device, piece of luggage or person to test how accurately it updated its location. We used them on trains, in cars and in our homes to see how well each feature worked. As with all of the tests we do on SPY, we were comparing them to each other based on a set of objective specs, subjective criteria and testing categories. Here are a few things we were looking for with luggage trackers:

We tested each tracker over two months, depending on travel opportunities, and kept track of our results.

Why Trust SPY on Luggage Trackers

Each editor who worked on this testing category either has extensive experience testing gadgets, other product categories in the health & fitness technology space, or both. SPY’s Reviews Editor, Anthony Mastracci, also collaborated intensely with the testers for this category and consulted on the results, and has years of experience in product testing and review.

SPY’s Editors also have a thorough knowledge of the tech space and have reviewed many tracker-adjacent gadgets including smartphones and security cameras. We’re also folks who travel a lot, hate losing our luggage and know what it takes for a device to either help or hinder the locating process.