* Lots of uses (besides feeling like Inspector Gadget)
* Some of these are even good for everyday carry
* Useful for camping, boating and around the house

If you haven’t heard of gravity hooks, you might think the phrase was some kind of sci-fi technobabble invented for a single episode of Babylon 5 and then quickly forgotten. But as it turns out, you can actually buy a “gravity hook” on Amazon. And they’re not some boring, utilitarian item like a hook for hanging coats on, either. Turns out gravity hooks are a “hiking and survival tool,” somewhat like a cross between a pirate’s grappling hook and those mechanical claws in the “win a prize” machines in the front of a Norms or Dennys. But, these steel hooks are far cooler, and arguably more useful, than any restaurant prize. Did you lose your engagement ring down an abandoned cellar? Are you making a low-budget short film you’d describe as “MacGuyver meets Stand By Me?” Do you keep your keys on a big, for-climbing carabiner? Then you probably need one of these.

This particular gravity hook can convert into a four-pronged mini grappling hook. It even comes with 10m of 550 paracord, so you can actually reel it back in when you’ve picked something up with it. 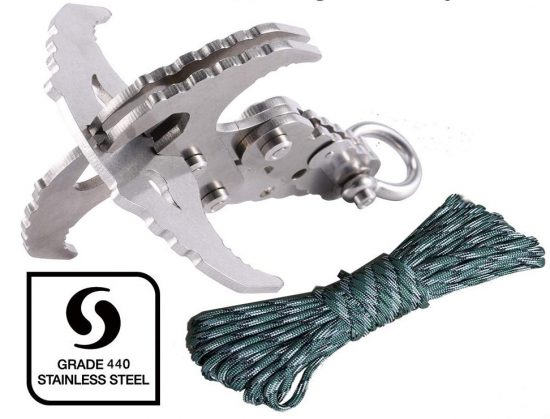 This pocket sized hook fits on a backpack strap or in your pocket like a multitool. You don’t have to be seeking lost treasure or trying to escape from the Viceroy of New Spain to find uses for this, either. Pair with some strong paracord or belaying line and you can use it to haul down dead tree branches, as a bat gear tie (yes, that’s a real thing) to fasten things down while camping, and perhaps most useful of all, it works as a bottle opener. 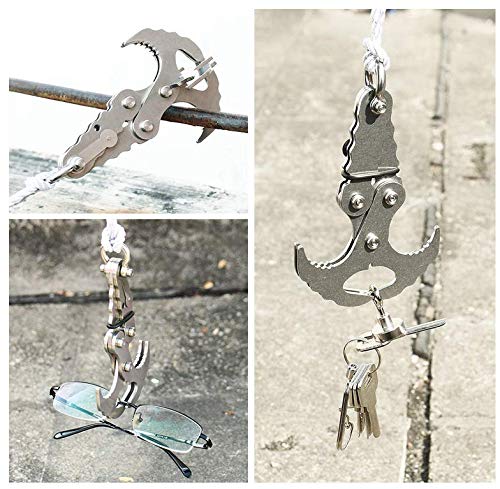 Sure, there are reasons to have this vaguely bat-shaped grappling hook other than “I want to feel more like Batman.” For one thing, what if you’re on a photo shoot and you drop your gear or your bag into a treacherous crevasse? You can use this to pick it up. 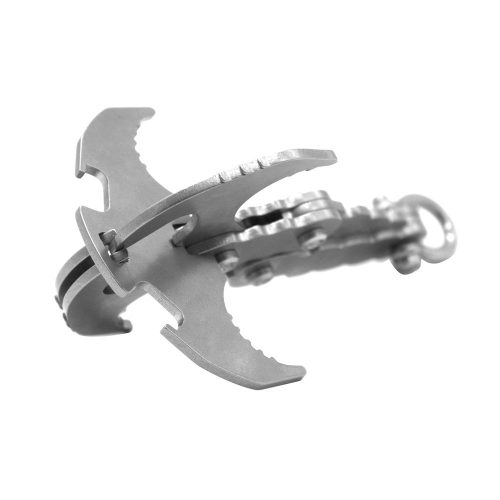 This folding steel grappling hook is very much like the ones used in “Pirates of the Caribbean” times. Want to feel more like a swashbuckling pirate while clearing away brush or hauling in an old rowboat? This is the ticket. As a bonus, according to the photos, it looks great next to two cans of La Croix. Is there a new, Millennial superhero in the works? “The effervescent scourge of crime everywhere…” 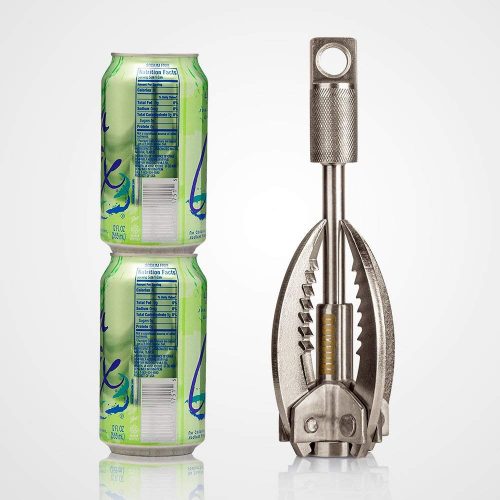 These Hacky Cooking Gadgets Are Designed For Camping Trips