Remember Heelys? The wheeled shoes that took early-2000’s tweens by storm? All of a sudden a typical 12 or 13 year old could all of a sudden take off on wheels with a simple flick of their heel. It was a magical time filled with innovation, speed and the shoes being banned in most schools due to the potential risks of young children being able to speed away at any moment. Fair.

However, these shoes are not nearly as centered in the limelight as they once were. Is this a simple arch of a trendy fad or is there more to the story? Are kids not as interested in mobility these days? Was the potential risk of injury just too great? So many questions that we’re going to attempt to answer today.

Here’s what happened to Heelys and, thankfully, where you can still find some to purchase today. 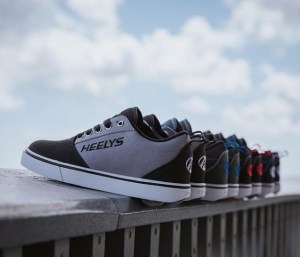 In 1999 Heelys’ founder, Roger Adams, came up with an idea of mobile footwear with a wheel in the heel. After roller skating at the unbelievably ripe young age of nine months old, he always had an appreciation for wheeled footwork, and decided to take his natural passion a step further. He created a simple prototype out of placing a skateboard wheel in the heel of a sneaker and thus the Heelys movement begun.

After that, Heelys emerged into a trademarked shoe brand that gave users the “stealth skates” they wanted in their live that could be easily transitioned into normal sneakers by simply removing the wheel.

They launched just before the holiday season in 2001 by creating a 30-second television commercial that aired on MTV. Pretty soon the shoes had spread all over the globe and continued to grow in popularity and reach throughout the early-mid 2000’s.

During the first six months of 2006 the total sales equalled that of the previous year at $44.6 million and Heelys were availabled in 7,400 stores worldwide. However, by 2009 the popularity began to wane mostly due to declining sales, inventory problems and safety concerns amongst parents and children.

It makes sense, Heelys are designed to be just like any other shoe and therefore able to be worn with a regular outfit that may not include knee pads, wrist guards and a helmet — a.k.a your regular wheeled sports getup.

Once schools began banning the shoes, it was a difficult PR blunder to get over. School is where kids spend most of their time and if they couldn’t wear the shoes there, the time spent in them probably waned and thus the incentive for parents to keep purchasing them minimized.

Where Are Heelys Now? 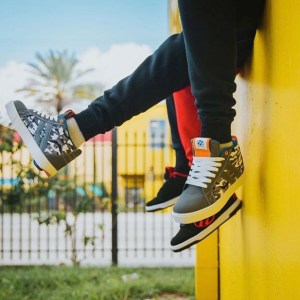 Heelys still exists to this day! They’re still producing the shoes you know and love and making about $5 million per year. You can also still order the shoes online, and they’re got new styles and patterns coming out fairly consistently. I don’t know about you, but I’m happy to know this considering I can’t remember the last time I saw someone Heely-ing down the street.

They may be less popular than they once were but they’re still succeeding in fulfilling their mission of enabling kids the freedom of moving the way they want to and the gift of self-expression through invention.

Just for fun, we’ve pulled a few of our favorite modern Heelys styles and designs for you to peruse. Got a niece or nephew you’re looking to connect with? Curious to finally try them for yourselves? Want to buy a pair for old time’s sake? We’ve got your back. Here are some Heelys available to purchase online today.

This is their latest and greatest innovation of the shoe. It’s an updated version of their classic style that they annually update with improved features and new colors. It has a canvas upper and the low profile wheels you’re used to with Heelys shoes. The shoes also have a lace closure and ABEC 5 bearings that keep that wheel secure and stable while you ride. 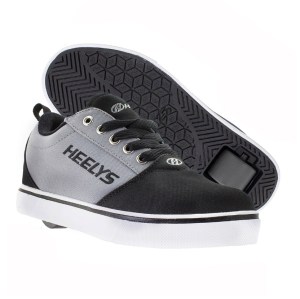 This is a Harlem Globetrotter collaboration on another one of their shoe designs, the Hustle, that features a higher top and a trendy mid construction design. It also has low profile wheels, is made of canvas and a lace closure. 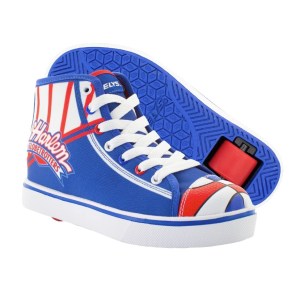 These are another bump-up of a classic design of theirs, the Voyager. These shoes feature a reflective upper shoe, a lightweight outsole for easy maneuvering and a smooth toe construction. The wheels are tucked away so people will only know about them when you want them to and the ABEC 5 bearings are there to keep you safe and secure. 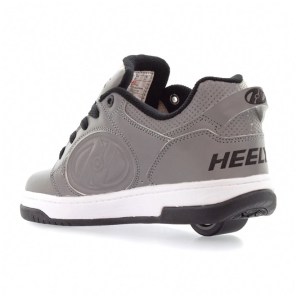