Reducing belly fat, lowering cholesterol and reducing the appearance of aging are just three of the reported reasons why apple cider vinegar is rapidly increasing in popularity across America. Other than those with an apple allergy, it’s difficult to imagine someone who wouldn’t benefit from a regular dose of this natural remedy. But, which are the best brands of apple cider vinegar?

The two main types of apple cider vinegar you will come across in stores and online are:

It is not scientifically proven whether unfiltered or filtered apple cider vinegar is better for you. But, if you’re a fan of keeping your food raw and unprocessed, then unfiltered takes first place. Making apple cider vinegar a part of your diet and benefiting from its healthy properties can be as simple as blending it into your smoothies, dressing your salad with it or using it as pickling juice.

Some brands, such as Bragg and Fairchild’s, are solely focused on apple cider vinegar production, while others have incorporated ACV into their wider portfolio of health-based beverages. Apple cider vinegar’s benefits have also made it a common ingredient in diet juices and workout drinks. Below are the 10 best apple cider vinegar brands spanning a variety of serving suggestions. Select the best suited to your diet and relish in the good feelings to come.

Bragg is a brand totally centered around apple cider vinegar. After more than 100 years of producing their “real food” apple wellness drink, they’re confident they’ve perfected the recipe. Bragg Apple Cider Vinegar is organic and unpasteurized, and so it contains the sought-after “mother.” A recommended daily dose of two ounces can help to control weight, soothe dry throats and promote better digestion. Two one-quart bottles are included in this pack, which is enough to keep you topped up for at least 32 days. 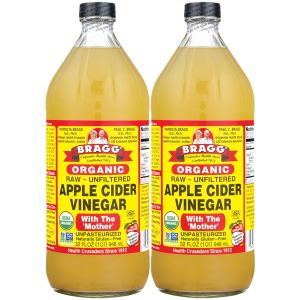 With 47 years of experience, Fairchild’s owner Roger Fairchild is a master when it comes to the art of apple cider vinegar. And, to this day, he’s still very much involved in ensuring the delivery of only the best product. Fairchild’s Apple Cider Vinegar is bottled at full strength and leaves the option to dilute it down to you. By doing this, their apple cider vinegar is 25% more concentrated than most others, which also makes it more sustainable, too. Plus, it’s made in the USA with apples picked in the Northwest. 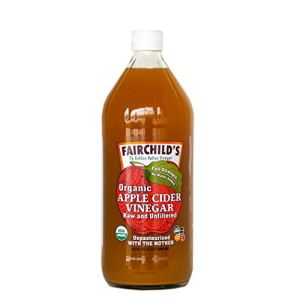 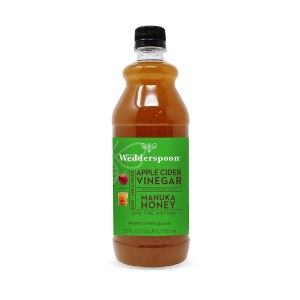 DietWorks is well known for its health drinks, which particularly focus on weight control. For the best results, combine their products with a carefully constructed diet and exercise plan. Each bottle of DietWorks Apple Cider Vinegar Tonic contains 30 servings designed to aid weight loss and rejuvenate your energy levels. Garcinia, matcha and kombucha are also mixed in to promote a better metabolism and detoxify your body. 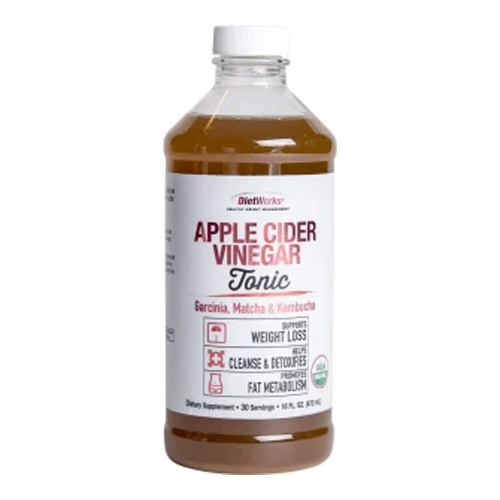 Mind Your Manna’s Fire Brew series of plant-powered drinks is dedicated to improving the health levels of your body. Renewal, vitality, immune, detox and energy are the five chosen target areas, all of which have their own drink made with organic ingredients. The range of premium wellness drinks is made to full strength for a strong hit or optional dilution. Glass bottle packaging makes these drinks long-lasting with a shelf life of up to 18 months. They’re also produced in Oregon, USA. 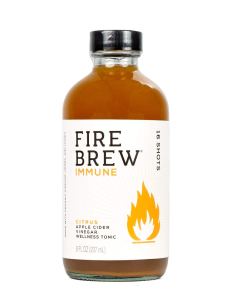 Famous for their ketchup and other sauces, Heinz has long been our choice for putting the finishing touch on delicious meals. In fact, Heinz promotes itself as ‘The Natural Choice For Food.’ That’s why it was only natural for the company to start producing ACV. Their apple cider vinegar is diluted at the point of production to make it an ideal pickling juice. It’s also great in salad dressings and marinades. A serving size of one tablespoon is recommended, which means there’s a whopping 252 servings included in this one-gallon bottle. 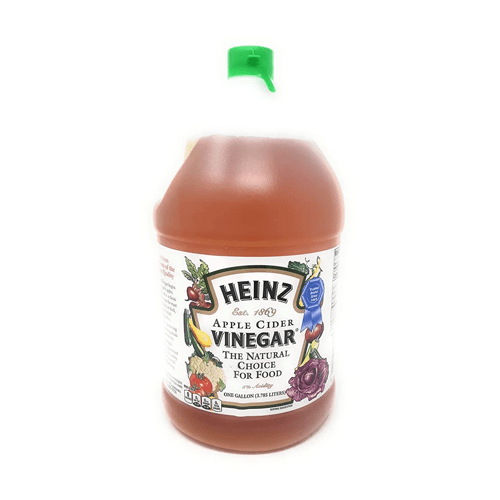 As the producer of the world’s first apple cider vinegar gummy, Goli is a market leader in creativity. The company produces its edibles in the USA with ingredients sourced from around the world and is committed to fighting against malnutrition. By partnering with Vitamin Angels, Goli donates a six-month supply of vitamins to charity for every tub of their gummies sold.

With over 200,000 Amazon reviews and a 4.5-star rating, it’s clear Goli Nutrition Apple Cider Vinegar Gummies are a favorite amongst customers. Sixty vegan, non-GMO and gluten-free gummies are included in each pot. They’re also packed with B12 and B19. 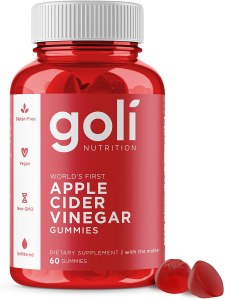 Stemmed from the company’s original and still standing production of lemon juice, Lucy’s is a family-owned and family-run business proud to include apple cider vinegar in its product range. The use of USDA-certified organic apples is the key to the smooth taste of Lucy’s Apple Cider Vinegar despite the finished product being completely unfiltered and full of “the mother.” In addition, the one-gallon bottle is made of food-grade, BPA-free plastic, making it ideal for professional cooking environments. 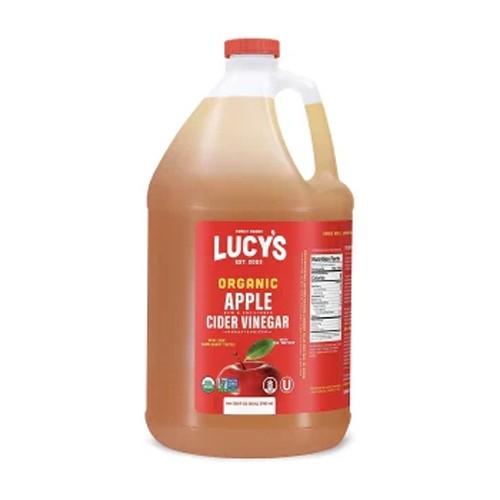 Vermont Village makes drinking apple cider vinegar easy. By infusing their vinegar with natural flavors, such as ginger and honey, they both enhance the flavor and the health benefits. Their apple cider vinegar is USDA organic, raw and unfiltered, and this particular bottle incorporates turmeric for its anti-inflammatory effects. Eight shots are included in each bottle, and it’s recommended you indulge in a daily dose for the best results. 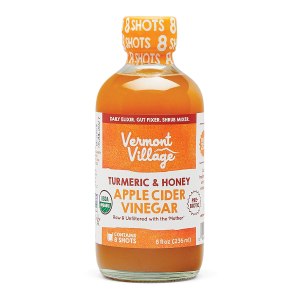 Healthy juices are R.W. Knudsen’s specialty. This is a family business with a huge range of fruits and flavors among their beverage-only products. Other shots in the product portfolio include beet juice, carrot black pepper as well as turmeric, pineapple and ginger. Packaged in small, hand-sized bottles with no need for refrigeration, R.W. Knudsen Apple Cider Vinegar is an ideal grab-and-go drink. Each serving contains one tablespoon of organic apple cider vinegar, no added sugar and only 10 calories. 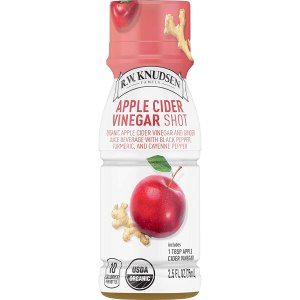