If you’re actively trying to lose a few pounds or simply maintain your goal weight, then you already know how constricting a diet can feel. All of your favorite foods, like cheesy pizzas, piles of pasta, go out the window on day one. Of course, there are plenty of benefits that come with maintaining a healthy diet and lifestyle, but it’s important to let your hair down every now and again and treat yourself. Indulgence in moderation is no vice, so if you want to mix up a few cocktails without breaking your diet altogether, then you’ll want to opt for the best lowest-calorie liquors.

Alcohol is a massive diet breaker most of the time. Obviously, if you’re 100% committed to losing weight, you should avoid alcohol altogether. But if you’re looking to achieve a balance between enjoying a drink every now and again while still heading in the right direction with respect to weight, finding the lowest-calorie liquors is an important step. It’s also important to note that alcohol can change the way your body burns fat, so keeping consumption to a minimum is always preferable.

In this post, we’ll share some of the best low-calorie liquor options for drinkers on a diet. We’ll also share some breakdowns of calorie counts to help you tip back a drink without tipping the scales.

Which Liquors Have the Lowest Calories?

If you’re wondering what the best liquor options are for dieting, then you’ll want to keep these calorie counts in mind. While specific calorie counts will vary between bottles and brands, certain types of liquor tend to have fewer calories than others. Calorie counts are usually measured by the shot, which equals about 1.5 oz of alcohol. Some of the best low-calorie liquors include:

Does liquor contain carbs? We’re happy to report that liquor contains 0 carbs, which are another major diet breaker. Likewise, liquor on its own is a 0 fat drink. Unfortunately, popular drinks like beer and wine are loaded with carbs.

Does this seem like a lot to remember? There’s one easy way to keep track and guide your way through choosing your next cocktail: Generally, the amount of calories in spirits is based on two main factors: proof and amount of sugar. That’s the reason why most spirits of the same proof have the exact amount of calories. If you opt for spirits, choose one with lower proof, and you’ll be taking in fewer calories, too.

The Best Low-Calorie Liquor for Celebrating on a Diet

While alcohol isn’t a healthy beverage, when it comes to choosing hard drinks on a diet, there are definitely diet-friendly liquors to pick. From drinking light beers to seeking out liquor and cocktails which fall at the low-calorie end of the spectrum, your choice of beverage can have a large bearing on your waistline. Mocktails might seem like an obvious alternative, but most mocktails are full of sugary ingredients.

To help you stick to healthy-ish spirits, we’ve put together a list of the best lowest-calorie liquors below. We’ve chosen the lowest calorie rum, vodka, gin, whiskey and tequila on the market as well as some non-spirit options like beer, wine and champagne. Between versatile vodka, delicious gin and tropical rum, there’s sure to be an option for every taste. However, if you don’t mind which liquor you drink, stick to choices with a lower proof to save on calories.

All of these liquors can be used in creating a range of delicious, low-calorie cocktails, which are perfect for chilling out on a sunny afternoon. Just be sure to choose low-calorie mixers, such as lime juice or soda water.

If you’re on a diet and don’t want to say goodbye to spirits, try switching to these low-calorie options for an almost guilt-free way to enjoy a drink now and again.

If you’re one who likes to get straight to the point, reach for this bottle of Casamigos tequila the next time you’re looking for a drink. George Clooney and his brand Casamigos makes some of the world’s best tequila, and we’re particularly fond of the company’s silver tequila. As a top-shelf tequila, it’s easier to drink straight, thus sparing yourself of the need for mixers. This silver tequila has a crisp taste with subtle hints of citrus, vanilla and agave, and it has a smooth finish. 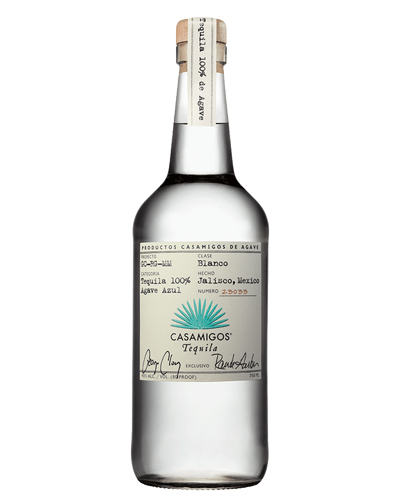 Gin is one of our favorite spirits in the world, but it’s also one of the best low-calorie liquors if you’re watching your weight. With its bold juniper flavor and low-calorie count of 52 calories per 25 milliliters, Gordon’s London Dry Gin is both a delicious gin and a comparatively diet-friendly liquor, which is interesting for gin. Its full flavor makes it ideal for mixing in cocktails to provide a taste you’re going to remember. This gin was also awarded Winner of Double Gold at the 2017 San Francisco World Spirits Competition and boasts an aromatic experience, which comes from the included orange peel, anise blend and juniper. Since most people don’t enjoy drinking gin neat, this low-calorie alcohol is best served with tonic water or lime juice on the rocks. 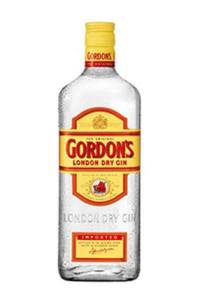 Sake, a traditional drink from Japan, is made by fermenting rice and is traditionally enjoyed chilled and neat. Thanks to the use of fermentation, sake is usually only between 14% and 16% alcohol, so the average shot has a minimal amount of calories. However, because sake is extremely sippable, most people would consume several shots in a sitting. If that’s the case, the calories in sake will quickly add up. Still, we recommend you try this delicious, low-cal drink if you’re trying to stick to your diet. 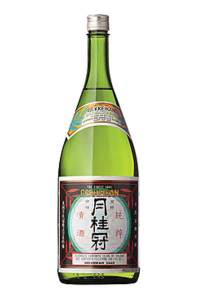 Though it definitely isn’t the vodka with the least amount of calories on the list, we couldn’t leave out Tito’s Handmade Vodka. It’s become a favorite amongst bar-goers in recent years and unlike most vodkas, is completely gluten-free, which counts for something toward your diet, right? Pair this behind-the-bar staple with seltzer and lime and maybe even add a splash of cranberry juice to the mix — whatever makes you feel comfortable on your diet. Since alcohol tends to dehydrate you, using soda water is a great idea with vodka or any alcohol. Drinking a vodka soda won’t derail your diet, and will keep you feeling your best throughout the evening, too. 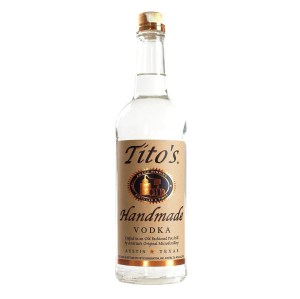 If you’re looking for a post-dinner tipple that won’t tip the scales, look no further than Christian Brother Brandy. Brandy is made by distilling wine and then aging it in wooden casks. The result is a 35% to 40% alcoholic beverage with tons of flavor. It’s typically enjoyed neat in a brandy snifter which allows your palms to gently warm the liquid and release its flavors. While this isn’t the lowest calorie drink on our list, the fact that it’s best neat negates the necessity to add calorie-heavy mixers to your glass. 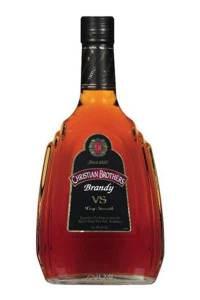 This Malibu Original Caribbean Rum is a diet-friendly way to transport yourself to the tropics. It boasts a rich, flavor-filled blend of coconut and island rum, which provides a delicious taste worthy of the beach, pool or other fun-and-sun-filled social locations. It tastes great neat, on the rocks or as part of a variety of cocktails, including classics like a Cuba Libre and Pina Colada. 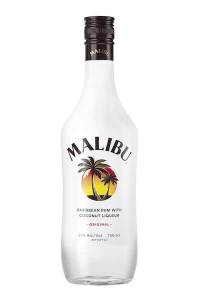 The Italians know how to eat and drink well without gaining a lot of weight. Take a page from their book and start enjoying Aperol as an aperitivo. This orange liquor has a bitter flavor of oranges, herbs and roots and is typically mixed with low-calorie prosecco, soda water and ice to make an Aperol spritz, the national cocktail of warm, Italian afternoons. Thanks to its low alcohol content (11%), Aperol is an unforgettably delicious, low-calorie alcohol. 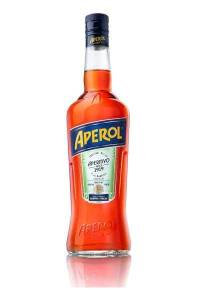 Soju, which is the national drink of Korea, is a distilled rice (or other grain)-based spirit with between 20% and 24% alcohol. It’s a neutral liquor, so it doesn’t have a strong taste and its lower alcohol percentage also means it doesn’t have the harsh burn associated with other spirits. It’s also incredibly low in calories. Plus, this particular soju, namely TY KU Soju, is made with 100% barley and contains no additives or preservatives 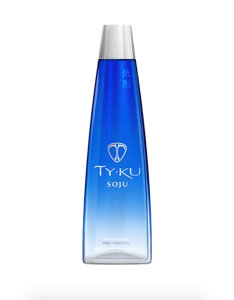 Similar to Soju is another low-calorie liquor called shochu. Originated in Japan, shochu is a clear beverage distilled from grain, barley, sweet potatoes, or buckwheat. In terms of taste, shochu greatly resembles vodka and contains approximately 20-35 percent alcohol by volume. It can be consumed neat, on the rocks, or paired with mixers such as juice, soda, or tonic water. A 2-ounce serving of Tombo Shochu contains about 35 calories, compared to about 120 calories for 2 ounces of vodka. 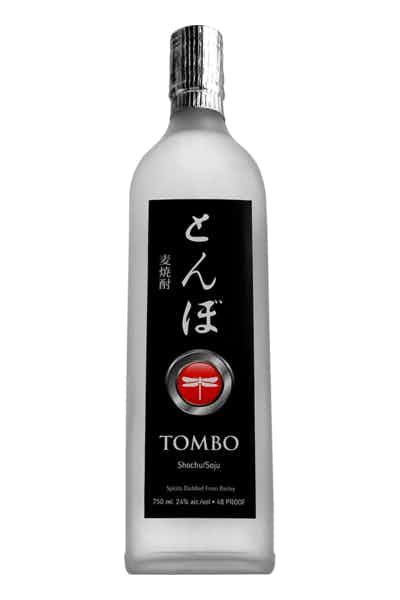 FOR WHEN YOU JUST NEED A BEER

Light beer is actually a really good option when watching your calories but you still want to feel like you’re indulging. Generally, light beer contains around 50 calories less than regular beers, so you can hopefully avoid that beer belly. Light beer generally weighs in at about 103 calories for 12 fluid ounces. If you like to drink beer, light beer is a great alternative to regular beer. 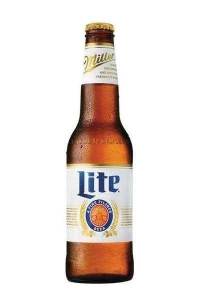 If you stay away from the sweeter varieties, white wine can be a satisfying, low-calorie drink, so long as you stick to the traditional 5 fl. oz pour. Go for a light white variety, such as a Pinot Grigio, for fewer calories, versus those with higher ABVs. One great choice is this Avaline white wine blend. Avaline is also great in that it has a lot fewer sulfites than most other white wines, which means fewer headaches the next day. 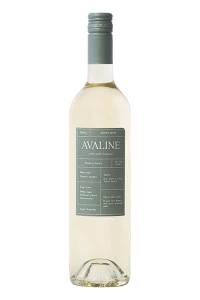 Got a big event coming up? Bust out the bubbly. While it may seem too good to be true, as we said in the intro, champagne is actually relatively low cal when it comes to alcohol. Sure, this one isn’t technically liquor, but hey, it gets you buzzed like no other. And when it comes to celebrating, we feel it’s important to drop the extra cash on something nice. While any sparkling wine will keep (roughly) the same low calorie count, we think the Yellow Label Brut by Veuve Clicquot is as good as they come. It’s dry without being too puckery and pairs well with everything from pasta to birthday cake. 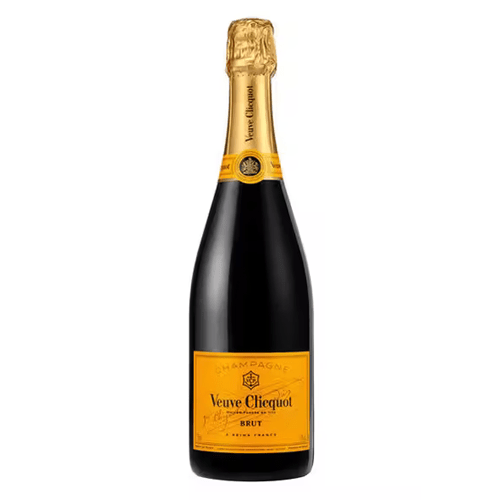 Though maybe not a whiskey connoisseur’s first choice in a sipping spirit, Jack Daniel’s is as popular as it is because it’s solid. It’s a solid, mellow whiskey that will get the job done when you want the taste of whiskey but don’t want the extra calories of a higher-proof spirit in a similar category. And while you may have indulged in a whiskey coke or two (or 12) in college, JD actually has the flavor profile for sipping neat or on the rocks. Don’t believe us? Put your assumptions aside, grab a glass and give it a shot. You may be surprised how well this whiskey goes down. 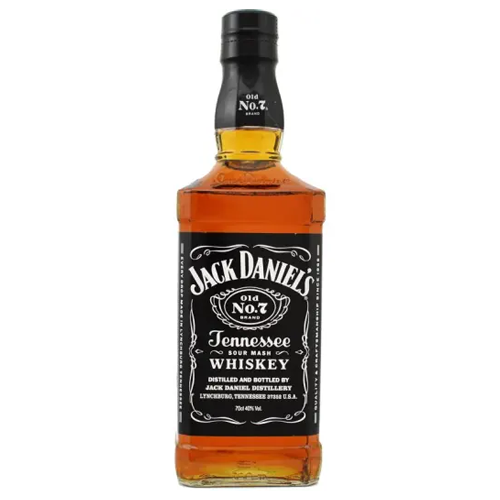