Sugar is bad. That’s one thing that science has told us for years, but it’s a lot harder to find a suitable sugar replacement that’s both low on the glycemic index and tasty. Artificial sweeteners like Splenda can contain harmful ingredients, while all-natural staples in the industry like Stevia have an unpleasant aftertaste, and some people even report side effects like stomach aches. For a sugar-free replacement that seamlessly fits into your routine, consider monk fruit sweetener.

Monk fruit, otherwise known as “Buddha fruit,” has a sweet flavor and offers many health benefits. It’s a keto-friendly alternative to the empty calories of sugar. Additionally, it has anti-inflammatory and infection-fighting properties. Its sweetness comes from certain antioxidants in the fruit called mogrosides, and unlike sugar, this diabetic-safe ingredient even promotes weight loss.

The extract is derived from the monk fruit once it’s dried, and while it does have many similar properties to sugar, it’s a whopping 200 times sweeter than sugar, so you only need a very small amount per serving.

Available in both liquid and powdered forms, monk fruit sweetener dissolves quickly in water and doesn’t leave any sediment behind. If you’re looking to cut those sugar cravings, here are the best monk fruit sweeteners to stock your pantry with this year.

Lakanto is leading the charge in high-quality monk fruit sweeteners with their product that’s suitable for baking, putting in your coffee, or adding to any other food that might need a little sweetening minus the sugar. A little goes a long way with this sweetener, which is perfect for anyone looking to reduce their sugar intake. While it’s pricier than other monk fruit sugars on the market, unlike cheaper versions, it doesn’t have a laxative effect nor a bitter aftertaste. 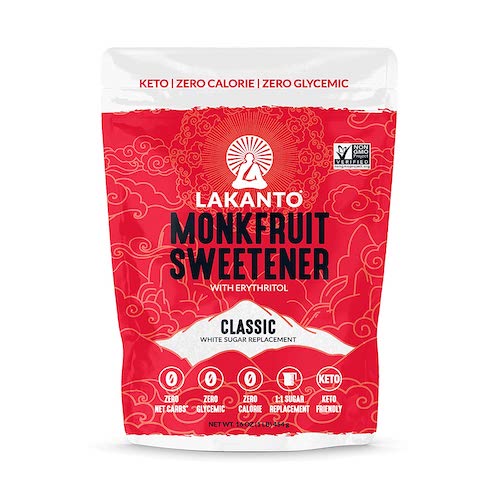 If you’re skeptical about buying your monk fruit sweetener from Amazon or simply want to support a small business, turn to Bodi’s product instead, which guarantees a completely natural and chemical-free formula. It also allows you to customize to your needs better since it comes in a range of sizes, from 4 ounces to 32 ounces. Whether you’re whipping up a smoothie or subbing it in a dessert, this monk-fruit comes in a UV-protected container which extends its freshness. 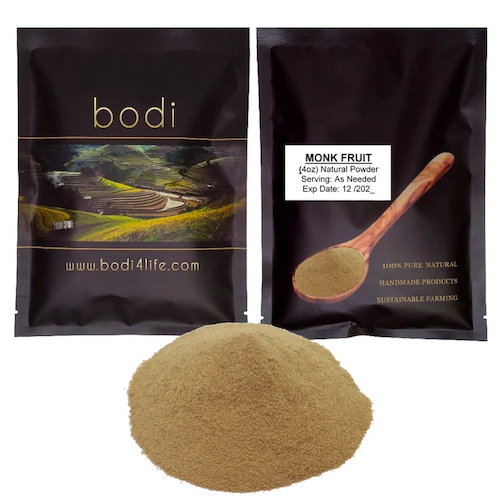 Health Garden offers an alternative to golden sugar with this monk fruit sweetener. Typically, golden sugar offers a subtle hint of molasses that adds depth to desserts and drinks. This substitute does the same, and many use it to sub regular raw cane sugar. This formula is also kosher. One buyer says, “I love the mild ‘caramel-like’ flavor it has so I thought I’d use it to make some vegan caramel butter pecan ice cream and WOW!” 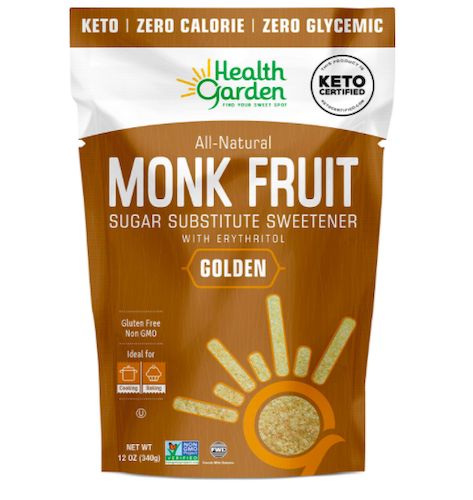 In The Raw has been a champion in natural sugar for ages — you’ll find their stevia and brown sugar packets in coffee shops, but their lesser-known product is Monk Fruit in the Raw, which comes in a 16-ounce resealable bag for an unbeatable price. A reviewer comments, “Not only is it keto, it tastes amazing! No weird or cooling/tingly aftertaste like some other sweeteners. It’s my go-to sweetener for my favorite banana bread recipe, no one can tell I swap sugar for Monk Fruit.“ 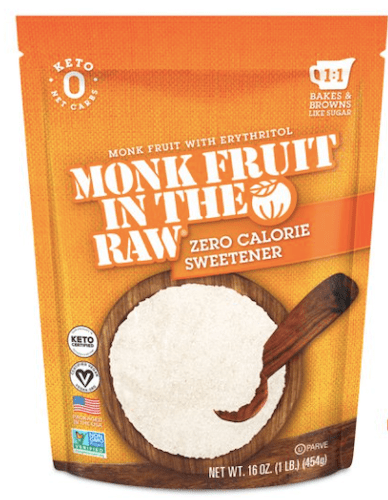 If powdered sugar isn’t your thing, this liquid monk fruit sweetener is perfect. Just add drops as you would with Stevia, and you won’t need to mix it in thoroughly as you would with sugar — it blends automatically. This reputable brand also made a sweetener that’s completely organic, so you don’t have to worry about sketchy ingredients sneaking their way in there. First-time monk fruit users and coffee drinkers alike were satisfied with the result, and claim that just one drop is enough for morning drinks. 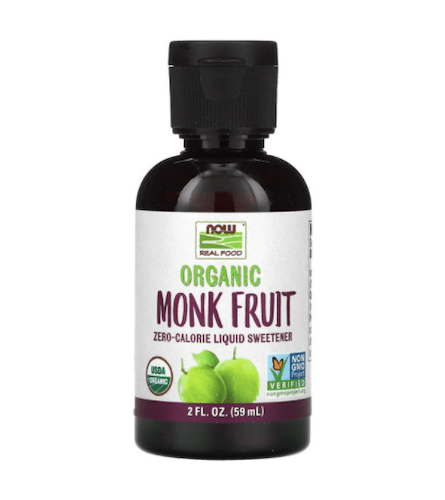 This sought-after monk fruit sweetener only includes monk fruit extract in it. On top of that, it’s an Amazon bestseller. It’s extremely concentrated so you only need a small amount — this is thanks to the inclusion of 25% MogrosideV, which is regarded as the sweetest part of the monk fruit. However, due to this very concentrated aspect, you need to take it easy and include very small amounts, as many reviewers didn’t heed the conversion rate and had a too-sweet first taste upon trying it. 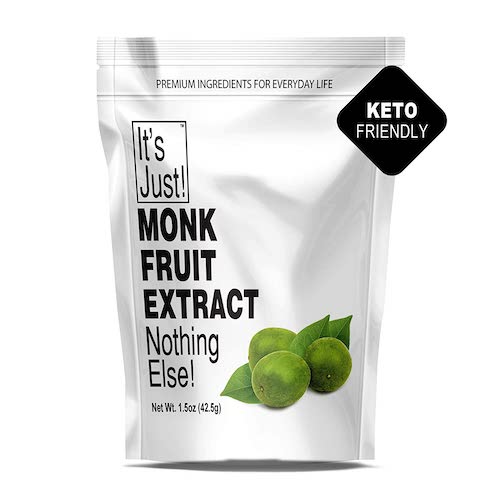 Wholesome has been serving up creative alternatives to traditional sweeteners for years. The completely organic ingredient list is backed by Fair Trade practices, so you can feel good about what you’re drinking or eating. Previous users of artificial sweeteners love that the formula is clean and that it doesn’t upset their stomachs. It’s versatile for both baking and drinking. A customer stated that the flavor wasn’t as saccharine as artificial versions and that it tasted better than Stevia. 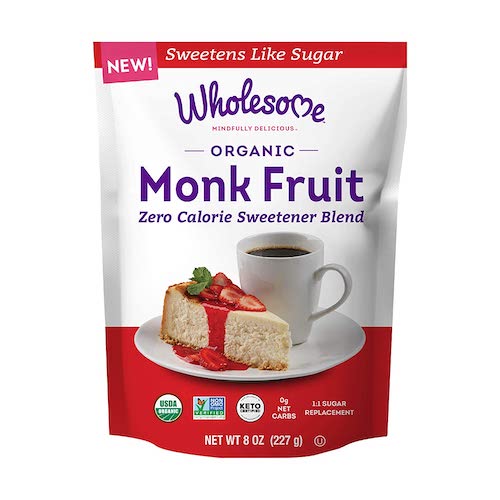 Milliard’s non-GMO monk fruit sweetener has been used by diabetics, vegans, and all-natural folks for years. Unlike some similar products that are mixed with maltodextrin, fiber, or other over-processed sweeteners, this one is only mixed with erythritol, which cuts the intense sweetness of the monk fruit. Still, it does have a bit of a cooling sensation due to the erythritol. According to one buyer that can’t stand aftertastes: “From someone that has steered away from artificial sweeteners all her life, this alternative sweetener tastes wonderful compared to all the others.” 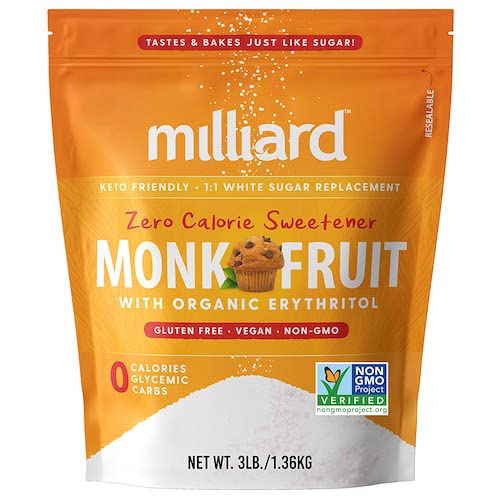 If you like to portion out your sugar with individual packets or drink your morning beverage on the go, consider this Whole Earth Stevia & Monk fruit plant-based sweetener which comes with 400 packets. Full disclosure: this is a blend of natural sweeteners as opposed to pure monk fruit, but not all customers mind that, and it’s still significantly better than Splenda. A happy buyer says, “Looks like the combination of all those three natural sweeteners into one product does the trick to my sweet tooth.” 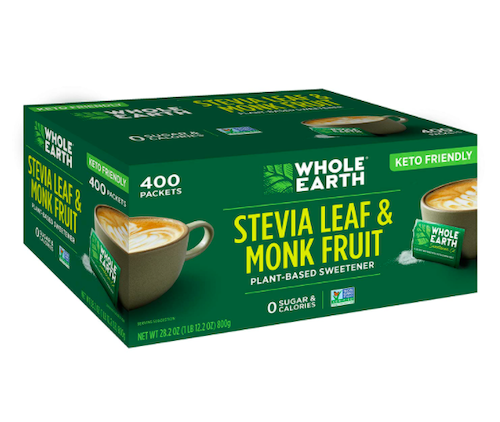 For all of your out there scratching your head on how to replace powdered sugar in your recipes, look no further than Lakanto’s powdered monk fruit sweetener, which can be seamlessly swapped in all of your frostings and confectionary goodies — you can even dust it on your crepes and no one will be able to tell the difference — kids included! As one sly reviewer puts it, “My fiancé couldn’t tell there was no sugar in the cheesecakes.” 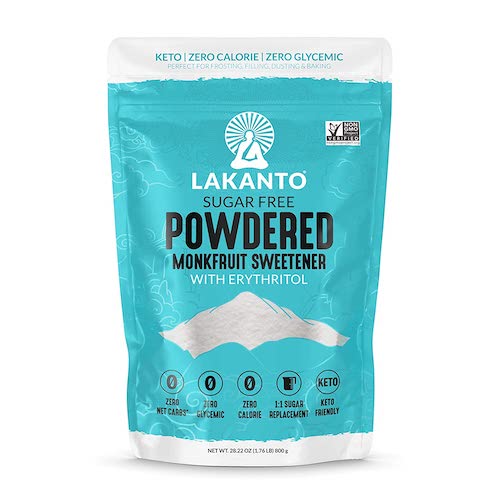 Bee Well: The Best Manuka Honey Products for Your Kitchen