* Strengthen your immune system with this chlorophyll formula
* Distilled from the pigment that plants use for photosynthesis
* Also acts as an “internal” deodorant, and reduces inflammation

Dietitians have discovered an ingredient for boosting your immune system and improving your overall health: Chlorophyll. If it sounds familiar, it’s because you probably learned about it in high school science. Chlorophyll is the pigment that plants use to harnesses the sun’s energy and create oxygen, and now it’s being used in special formulas to support the human body in a variety of surprising ways. 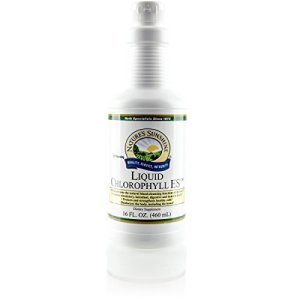 One of the main benefits of taking a liquid chlorophyll is a stronger immune system, as chlorophyll acts as an antioxidant, cleanses the blood, and improves circulation. Because chlorophyll’s structure is identical to hemoglobin (the molecule that carries oxygen through our circulatory system), it naturally assists with improving the condition of red blood cells. This has a range of positive effects on the body, including increased energy and a much stronger immune system.

But the benefits don’t stop there. Chlorophyll also acts as an “internal” deodorant by neutralizing body odors from the inside, it can help fight acne, and has been shown to reduce painful inflammation of the joints and skin.

We also like this chlorophyll formula because it’s very easy to take: simply drop a tablespoon in an 8 ounce glass of water each morning, stir for a couple seconds, and drink up.