For years, ginger has been one of the most popular herbal remedies. It’s commonly used to treat everything from nausea to arthritis. And while the herbalists of yesteryear may not be able to tell you why ginger worked to relieve those maladies, today we know Zingiber officinale contains powerful antioxidants and has anti-inflammatory properties.

The plant itself originated in China but has spread around the world thanks to its medicinal uses and the fact that it tastes delicious. Now, scientists have begun to deep dive into ginger’s health benefits, conducting fascinating studies of its effects on cancer, the digestive system and heart health, to name a few.

While many superfood trends tend to fizzle, ginger is one that has been around for centuries and will likely be around for years to come. Read on to find out more about the 13 most important health benefits of ginger, and then continue reading to learn about the best ginger products you can order online right now to start improving your health ASAP.

The benefits of ginger are many and varied across all parts of life. Below, we’ll discuss the best benefits to your health, from improved digestion to reduced cancer risk. 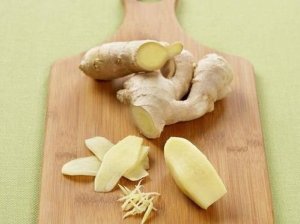 The digestive benefits of ginger have been extensively studied. That’s because people have been using the root to treat stomach issues for hundreds of years. Science suggests that the enzymes in ginger can help break up gases produced during the digestion process, leaving the user less bloated and more comfortable after a big meal. In addition, ginger might help speed up the movement of food from the stomach to the small intestine, resulting in relief from constipation.

Although further studies are needed to conclusively prove why ginger relieves nausea, some studies show a reduction in such symptoms among chemotherapy patients and expecting mothers when they were given a ginger supplement. According to anecdotal evidence, the reduction in nausea may have a wider range of application to those who are suffering from the stomach flu or motion sickness. However, if you are vomiting or have unexplained nausea, it’s important to seek the help of a medical professional.

While ginger shouldn’t be considered a magic weight-loss supplement, some studies show that it can be beneficial to a diet when mixed with other plant-based ingredients. There have been other studies done on animals (rather than humans) that show ginger can also help in preventing weight gain and maintaining a healthy weight. To take advantage of this use of ginger, consider investing in a ginger supplement or drinking ginger juice in your smoothies. 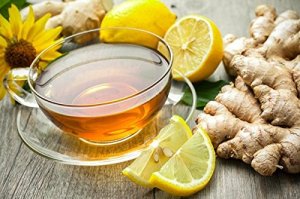 Indigestion (also known as dyspepsia) causes chronic discomfort in the upper part of the stomach and digestive tract. The prevailing medical opinion attributes this pain to the delayed movement of food from the stomach to the small intestine. As previously noted, some studies prove that ginger speeds up this movement. In fact, one study showed that consumption of ginger during a meal decreased the time it took to move food out of the stomach from 16 minutes to 12 minutes. Another study also indicated that consuming ginger powder before a meal led to a 50% decrease in the time it took to empty the stomach in participants.

5. Ginger Could Lower Blood Sugar & Reduce the Risk of Diabetes

Scientists believe that compounds in ginger might help your body use insulin more effectively. This can give you better glycemic control and reduce your risk of diabetes. However, if you’re using ginger to lower your blood sugar, you need to be very careful how you consume it. Avoid any ginger-filled foods that contain sugar, and stick to fresh or dried ginger root added to meals for the best results. 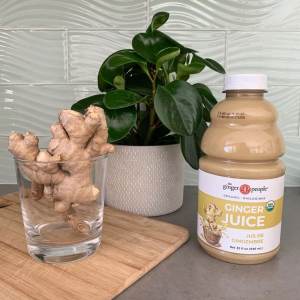 Those same anti-inflammatory properties combined with ginger’s antioxidants can prevent damage to your DNA and decrease stress levels, both of which may delay the onset of chronic disease. These properties could help you fight off heart disease, lung disease and high blood pressure. In a 2016 study, scientists also discovered a link between ginger and lower blood sugar and lower cholesterol. Keep in mind that ginger itself won’t counteract an unhealthy lifestyle, and you’ll need to eat a healthy diet and live a healthy lifestyle to make the most of this superfood.

Recently, ginger’s effects on cholesterol are being looked into by a few groups of scientists. Two different studies found that taking three to five grams of ginger each day for two to three months significantly lowered participant’s LDL lipoproteins (a.k.a. bad cholesterol). Studies in rats have also shown that ginger had a similar effect on cholesterol levels as the drug atorvastatin. It’s important to note that LDL cholesterol is associated with heart disease, so lowering high numbers can have huge implications.

8. Ginger May Lower the Risk of Certain Cancers

Some very early studies show that ginger may lower the risk of cancer and slow down its growth. This research shows that 6-gingerol, a compound found in raw ginger, might reduce inflammatory signals among cells in the colon. That means that ginger could produce an environment where cancer cells cannot easily grow. Other studies hint at the fact that ginger reduces cellular activity, preventing cell death and the spread of cancer cells. Of course, ginger should not be seen as a cure-all or preventative for cancer and should only be used in conjunction with medical treatment. 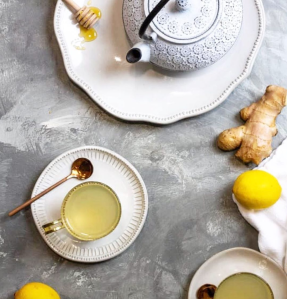 Ginger root is known to have anti-inflammatory properties, and consuming the root can reduce cell signaling that causes inflammation (or swelling). Not only does this mean that taking a ginger supplement or regularly consuming fresh/dried ginger root can reduce muscle soreness after exercise, ginger may also lessen the pain caused by both rheumatoid arthritis and osteoarthritis. While ginger itself will have a small benefit to pain sufferers, it’s more effective when used with a complete anti-inflammatory diet.

While scientists still don’t know the exact cause of Alzheimer’s disease and age-related dementia, chronic inflammation and oxidative stress are believed to be among the key indicators. As we’ve previously mentioned, studies show ginger to have strong anti-inflammatory and antioxidant properties, and some research indicates bodily response to those properties also occurs in the brain. In one study, there was a correlation between consuming ginger extract and improved reaction time among middle-aged women. That combined with other research about how ginger may prevent age-related dementia and functional decline mean consuming ginger is likely a positive step for your brain. 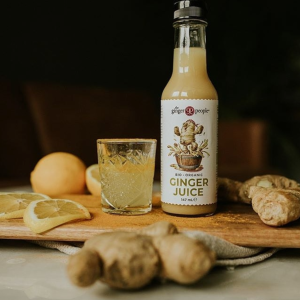 The active substance in fresh ginger, which is known as gingerol, can help the body fight off infection as it inhibits the growth of bacteria in several forms. Studies show that ginger is effective at keeping E.coli, shigella, gingivitis and periodontitis at bay. Other research even indicates gingerol may prevent the growth of the RSV virus, the cause of many respiratory infections.

Because ginger has such strong antibacterial properties, it can also be used to keep your mouth healthy. The bioactive compounds in the superfood prevent bacteria around your teeth and gums from growing. Left unchecked, these types of bacteria could cause gum infections or periodontal disease. 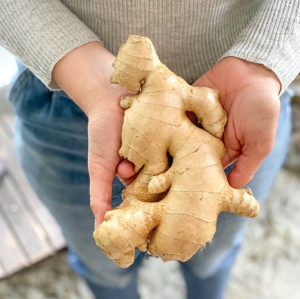 Although further research is needed, there is anecdotal evidence that ginger could be used to ease the common cold and congestion. Many people who rely on herbal medicine in these situations turn to ginger for its spiciness, which works much like peppermint to “empty” a runny nose. It may also protect the respiratory system against viruses and other infections. While there may not be any science to back it up, adding a thumb of fresh ginger to the soup you eat while sick probably won’t hurt anything.

Now that we’ve explored the health benefits of ginger, read on to learn more about the best ginger products you can buy online.

Fresh is best. That’s the mantra to live by when it comes to fruit, vegetables and herbs, and it’s especially true for ginger. When you consume fresh ginger, you can be sure all the bioactive compounds are still present in the root to give you all the health benefits you desire. Add diced ginger root to stir-fry, soups or meat dishes for a dose of goodness in every bite. 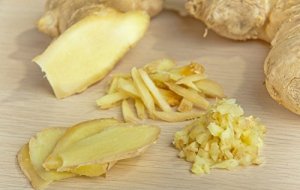 It can be rather difficult to take advantage of the spicy relief ginger offers congestion sufferers when the root is in its fresh form. By using ginger essential oil in a diffuser or steam bath, you’ll be able to breath in the fresh scent, relaxing your lungs and protecting them from respiratory infections at the same time. In addition to benefiting your respiratory system, ginger essential oil is also thought to relieve migraines, reduce stress and ward off insects. 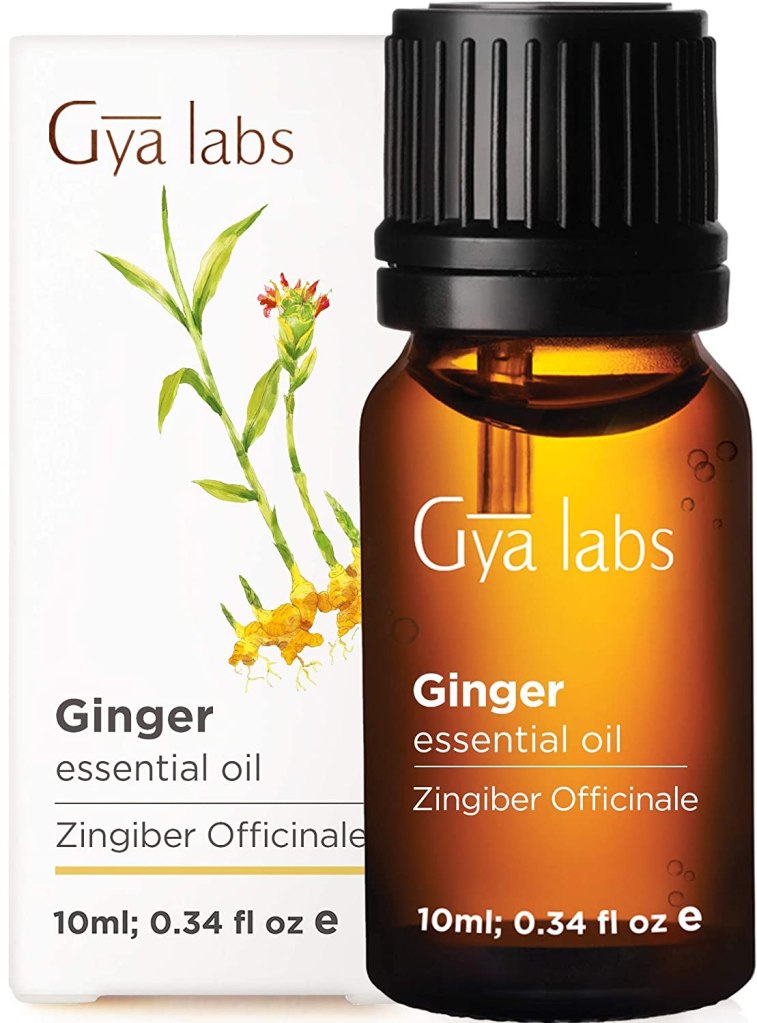 If you don’t like the taste of ginger, you can still reap its benefits by taking ginger root supplement capsules daily. Each capsule contains 1.1 grams of ginger with 0.8% total gingerols and gingerdiones. They’re gluten free and vegetarian friendly. For best results, take two capsules a day with a full glass of water. 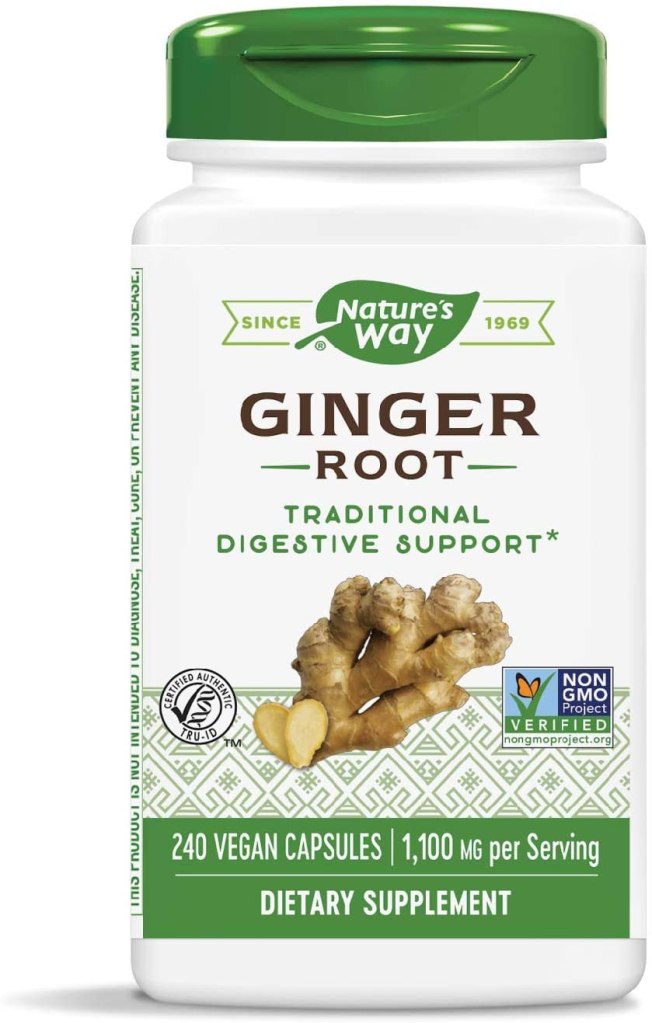 Unless you want to munch on fresh ginger after a big meal, the best way to relieve excess gas and an upset stomach is to sip on a cup of ginger tea. Yes, you can make tea from fresh ginger, lemon juice, honey and water, but the Bigelow Lemon Ginger tea does the hard work for you. This tea even has added probiotics for an additional digestive boost. Each of the tea bags in this 108-bag pack is caffeine free and contains no added sugar. 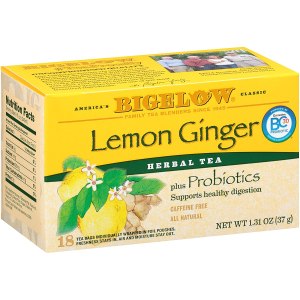 Ginger powder is one of the most versatile ginger products available. It can be added to cakes, smoothies and many other recipes. It can also make a paste to treat arthritis pain. This Healthworks Ginger Powder is certified organic and produced from roots gathered at small, sustainable farms in India. The best part is that even in its powder form, this type of ginger is high in vitamins, minerals and antioxidants. 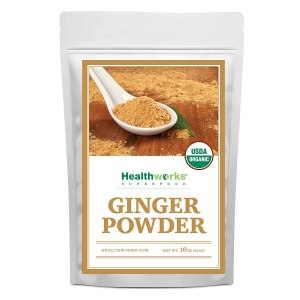 For a concentrated hit of ginger, you can’t beat ginger juice. One tablespoon of juice is the equivalent of one tablespoon of grated ginger. You can use it in normal ginger recipes or drink it as a detox shot. Either way, the juice is great for weight loss and digestion. This particular juice from The Ginger People is certified USDA organic and contains about four pounds of ginger in a single bottle. 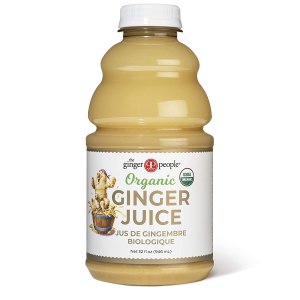