It was only a few years ago that most of us wouldn’t even consider going meat and dairy-free simply because of the lack of options. Eating vegetarian was one thing, but trying to eliminate two major food groups? It seemed impossible. But as the benefits of a plant-based diet have become increasingly difficult to ignore, restaurants, grocery stores, and even some fast-food chains have taken notice. Whereas vegans previously had to seek out eating establishments and food brands that were specifically vegan-only, now many restaurants and most small, medium, and large-scale food companies offer vegan options. Plus, the best vegan cookbooks make it easy to whip up delicious, nutritious vegan meals at home in just 30 minutes or less.

As it becomes easier to maintain a vegan diet outside of the house where diners have less control over what they’re eating, going vegan, even for just a few meals a week, is becoming popular and for good reason. The health benefits of a plant-based diet are seemingly endless. Less processed foods mean less starch and sugar in your diet, which is always good. Going vegan helps lower your chance of heart disease and diabetes, while often lowering cholesterol and blood pressure as well.

Then there are the huge environmental side effects of practicing a plant-based diet. Not using products that come from animals has a positive effect on water consumption and decreasing gases that pollute the air.

Even with the added accessibility of vegan options and the obvious health and environmental factors, we understand that personal taste also plays a big role in what we eat. Most North Americans grew up eating meat and dairy, so eliminating a huge part of your diet can be intimidating and scary. But it doesn’t have to be that way. We’ve compiled an awesome collection of cookbooks that make eating vegan not only achievable but fun. Vegan cheeseburgers are a thing and they are delicious.

If you’re like us, then one of the main reasons you may have avoided a vegan diet up to this point is because you didn’t want to give up your favorite foods. We’re talking gooey mac and cheese, piled high nachos, buffalo chicken wings, and delicious desserts like cinnamon rolls. Thankfully, YouTuber turned cookbook writer Lauren Toyota has created a way to eat a plant-based diet without giving up your favorite foods. Her book Hot for Food Vegan Comfort Classics: 101 Recipes to Feed Your Face is filled with vegan recipes that will teach you how to cook the foods you love, plant based-style.

Pros: Many of the recipes included are great introductory to vegan items, like burgers and nachos.

Cons: The best recipes are time-consuming. 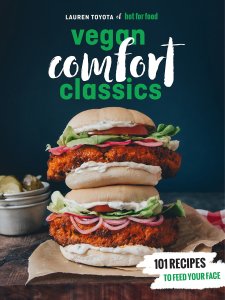 2. The Oh She Glows Cookbook: Over 100 Vegan Recipes to Glow from the Inside Out

Angela Liddon is one of the best-known vegan cookbook authors thanks to her easy-to-follow and delicious recipes. She’s done for plant-based diets what Julia Child did for French cooking, and now she’s created one of the best vegan cookbooks in the world. This recipe book is one of, if not *the* quintessential vegan cookbooks, with Liddon creating a collection of recipes that are followed by both vegan and non-vegan chefs everywhere. Readers love that Liddon covers the gamut of vegan cooking, from recipes that can be done in under five minutes to dishes that could be found in a five-star restaurant.

Pros: The cookbook contains stunning food photos and interesting stories by the author. 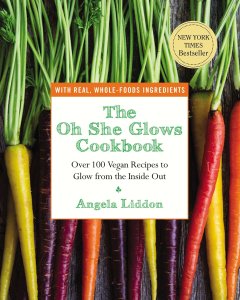 The Oh She Glows Cookbook: Over 100 Vegan Recipes…

3. The Vegan 8: 100 Simple, Delicious Recipes Made with 8 Ingredients or Less

If you’re someone that suffers from a handful of food allergies or you cook for someone that does, we recommend adding The Vegan 8: 100 Simple, Delicious Recipes Made with 8 Ingredients or Less to your collection of cookbooks. Many vegan recipes rely heavily on nuts, which can make it difficult for those with peanut and tree-nut allergies. Not only are the recipes simple and delicious, they often offer options that are nut-free, gluten-free, and oil-free.

Cons: Many of the recipes are high in fat and sodium. 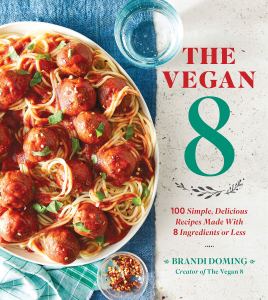 The Vegan 8: 100 Simple, Delicious Recipes Made…

4. Vegan Christmas: Over 70 Amazing Recipes for the Festive Season

Hosting non-vegan family members for the holidays and want to still give them a turkey with all the trimmings? Switch it for a delicious tofurkey thanks to the Vegan Christmas: Over 70 Amazing Recipes for the Festive Season and no one will notice. Chef Gaz Oakley has filled his cookbook with recipes to cover the entire holiday season, from breakfast to lunch and dinner as well as appetizers and desserts. Recipes like “No Pigs” in Blankets, Hasselback Potatoes and Fluffy Yorkshire Puddings will become new staples in your home.

Pros: Each recipe is rated for difficulty, helping users build up to more challenging dishes.

Cons: Many of the recipes require wheat and this may not be a good choice for those who are gluten-free. 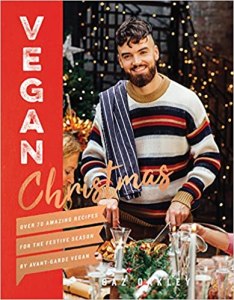 Vegan Christmas: Over 70 Amazing Recipes for the…

Short on time but don’t want to resort to take out? We recommend the Vegan Recipes in 30 Minutes: A Vegan Cookbook with 106 Quick & Easy Recipes. Make delicious and healthy plant-based meals with less than 30 minutes of prep time. The book features over 100 recipes, including pumpkin pancakes, three-bean salad, smoothies and burritos. A seven-day meal guide also helps with weekly meal planning and grocery shopping.

Pros: For those who are new to cooking or eating vegan, the book includes a section on the benefits of a vegan diet and has helpful tips on saving money.

Cons: Not every recipe has a picture of the finished product and nutritional information is not included. 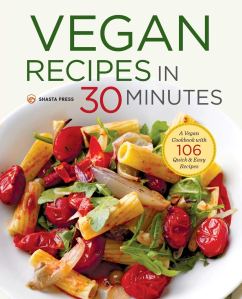 Going vegan is intimidating. Using a pressure cooker is intimidating. Take the mystery out of both with the Vegan Instant Pot Cookbook: Wholesome, Indulgent Plant-Based Recipes. Chef and blogger Nisha Vora shares some of her most popular recipes that are Instant Pot-friendly in her new cookbook, which features vibrant color photos and easy to follow instructions.

Pros: More than 90 recipes are included that cover all three meals of the day plus snacks and desserts, like a Breakfast Enchilada Casserole, Miso Mushroom Risotto and Double Fudge Chocolate Cake.

Cons: Many of the recipes use oil and coconut milk or cream, which may not be appropriate for all diets. 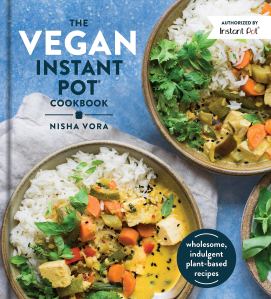 7. Vegan for Everybody: Foolproof Plant-Based Recipes for Breakfast, Lunch, Dinner, and In-Between

From a trusted source for cooking comes Vegan for Everybody: Foolproof Plant-Based Recipes for Breakfast, Lunch, Dinner, and In-Between. Made by America’s Test Kitchen, this new vegan-based cookbook includes recipes that have been tested more than 100 times in order to get the perfect balance of flavor and easy to follow instructions. The comprehensive cookbook includes more than 200 recipes that run the gamut of meals and snacks, including Tofu Scramble, Pumpkin Cashew Cheesecake, Cauliflower Steaks with Salsa Verde, and Black Bean Burgers.

Pros: A comprehensive mix of recipes with full-color photos and an introductory on vegan cooking.

Cons: The recipes are often time-consuming and require many ingredients. The binding on the book is not durable. 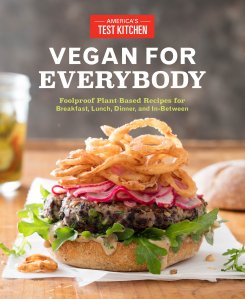 Vegan for Everybody: Foolproof Plant-Based…

8. Isa Does It: Amazingly Easy, Wildly Delicious Vegan Recipes for Every Day of the Week

Who doesn’t love Isa? There aren’t many questions that makes being an adult worse than ‘What’s for dinner?’ It’s at least in the top five. With Isa Chandra Moskowitz’s vegan cookbook, readers get 150 delicious and exciting recipes that can often be made in less than 30 minutes. Tired of having the same meal every night? This cookbook feels like an endless supply of new meal ideas that will have you actually looking forward to making dinner every night. We know, we didn’t think it was possible either.

Pros: Recipes range from five to 30 minutes of prep time.

Cons: The books’ print is small and can be difficult to read. 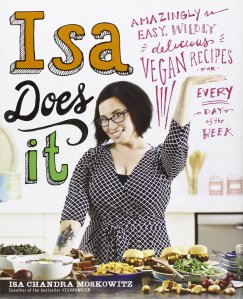