2020 has been the year of anywhere fitness, whether it’s in a park, on the beach or on your living room floor. Due to the widespread closures of many gyms and fitness studios followed by the apprehension of returning to an enclosed space filled with sweaty strangers, other methods of exercise have exploded in popularity.

Fitness apps have been a game-changer in the quest for more effective workouts at home. Whether it’s Nike’s fitness platform, Peloton‘s comprehensive app or a slew of other options — there’s no shortage of streaming libraries filled with yoga, HIIT, cycling, running and weight lifting content. However, there’s a new one on the block we think you should know about — it’s called AARMY, and it’s pretty legit. 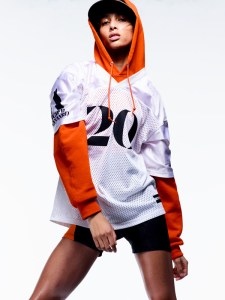 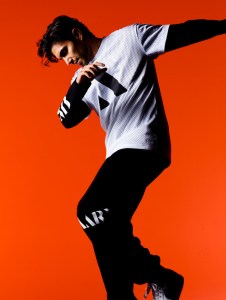 AARMY is a fitness brand that believes “anyone is an athlete” and highlights the importance of training your mind as well as your body on the path to athletic excellence.

AARMY in its proper form has been a fitness and lifestyle destination for elite figures in the sports, fashion, music and entertainment worlds since February 2019. In fact, two of AARMY’s co-founders, Akin Akman and Angela Manuel-Davis, have coached everyone from Beyoncé to David Beckham. 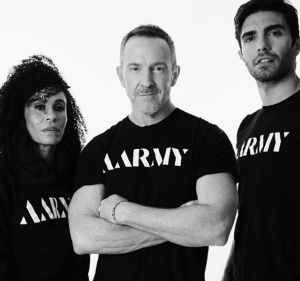 They also collaborated with a third co-founder in the venture — Trey Laird, a renowned brand strategist and creative director who helped elevate them to an aesthetic brand within the fitness space. The expertise that crafted this program used to just be available to athletic pros or legends of their respective fields, but it’s now opening up to everyone through the brand’s new app.

Their approach is multi-pronged, as they feature mental and physical conditioning in the program as well as a whole fashion line of luxury athleisure clothing available for purchase through the app. Think “fitness is the new luxury” but for anyone looking to get stronger, mentally and physically.

The workouts themselves are unique — combining and pulling on other styles like Bootcamps, cycling and HIIT — but existing in their own space as well. They have two workout styles — Get Cycle classes as well as Bootcamp classes, all taught by AARMY coaches (of which there are seven, including Akman and Manuel-Davis). The co-founders run several of the classes, and the duality of having a male and female trainer leading the brand is another way in which AARMY is unique in the space.

Many of the classes incorporate motivational messaging, inspirational dialogue and words of wisdom from Akman and Manuel-Davis, aimed at pushing everyone to get better, no matter who they are.

The brand and app are designed to appeal to anyone at any age and be accessible no matter who you are. The app officially launched in August and is available for download on Apple’s App Store, but you can also access it on AARMY’s website. Memberships are $35/month or $350/year and with them, you get access to Get Cycle and Bootcamp classes on all digital devices. They release new sessions each morning, all of which fall into one of their designed Training Sessions that highlight a key component of mental and physical conditioning. Anyone can also purchase their full line of street style/ fitness apparel for men and women on their site.

Subscribed athletes can also book a live training session with one of the AARMY coaches for a more individualized experience. Later this fall, they also plan to launch an exclusive cycling bike-specific to the brand and a Premium Subscription offering that’ll feature enhanced metrics tracking, social interactive features, life programming options and more. You can learn more on the AARMY website.