Cycling to work can, admittedly, be difficult; mornings are often cold, and there’s a guaranteed amount of sweat involved. But it can also be tremendously rewarding. Cycling is more environmentally friendly than driving, and pedaling past traffic is a lot more fun than sitting in it. Bikes can also make public transit more feasible for many people. After all, a train or bus typically doesn’t stop directly in front of your office’s door. There’s even a widely used term for the distance between a hub and the final destination — last mile.  If your office is a mile or even a half-mile from the bus stop or train station, bikes can turn that 10 to 20-minute walk into a 5-minute cruise.

There are a lot of different kinds of bikes, but one to look out for if you’re a commuter is — unsurprisingly — the commuter bike. Commuter bikes fall into an umbrella category of hybrid bikes. A hybrid bike pulls elements from mountain and road bikes to make an all-purpose bike, and commuter bikes have details like storage racks and foldable frames that are specifically designed for city commutes. The frame and wheels are heavier than road bikes but lighter than mountain bikes. That means they’re sturdy enough to handle potholes without being too heavy to put on your shoulder and haul up a flight of stairs.

You might not think of a cruiser bike as something you’d take on a commute, but this bike from sixthreezero pulls some crucial details from road bikes to make it more street-friendly. It has a rear pannier rack for attaching bags or baskets, and since it has 21-speed industry-standard Shimano gears, it can tackle hills as well as a traditional hybrid.

Pros: Cruiser design with commuter bike features like 21-speeds and handbrakes. Designed to have a comfortable upright riding position.

Cons: Bike comes partially assembled, but some reviewers found that some pre-assembled parts were improperly put together. 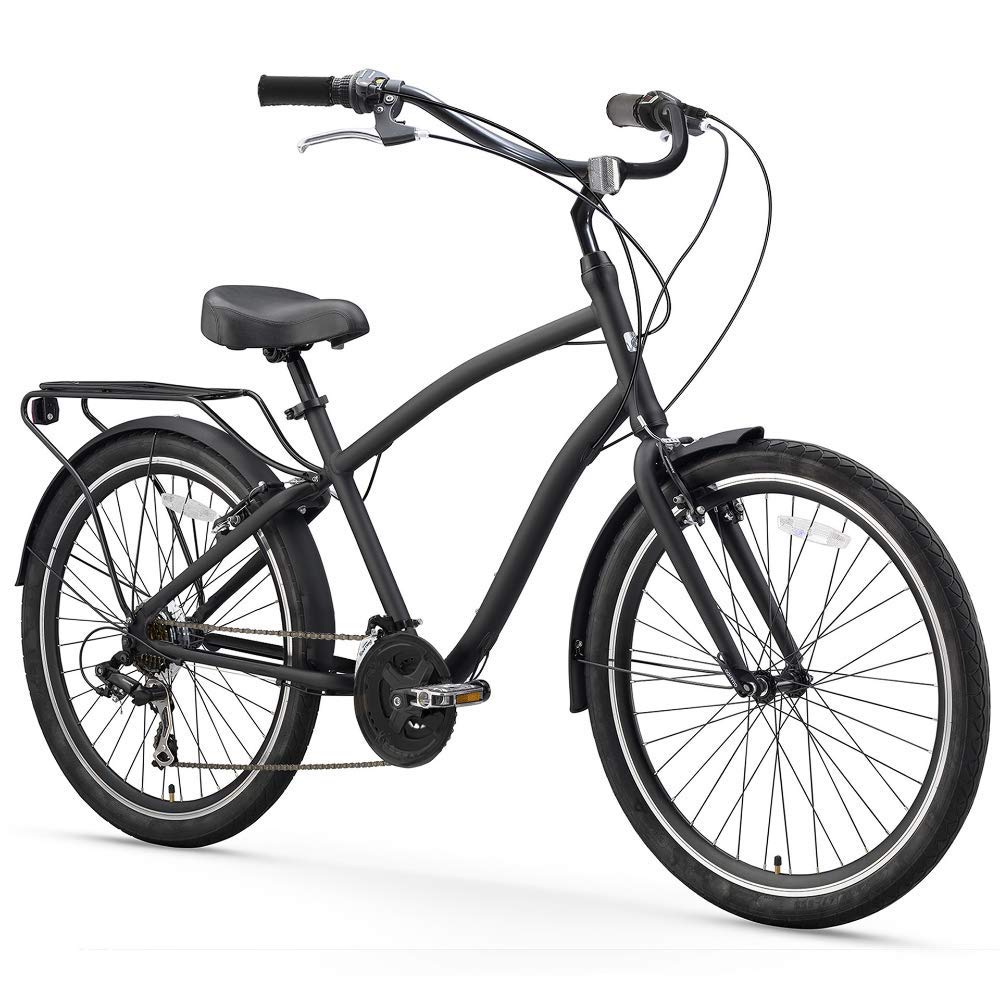 This bike might have a silly name, but it’s packed with serious features. It’s electric, making hills less difficult and cruising even breezier. The folding design makes getting it on and off the train a lot less difficult than with a standard bike. Best of all, it costs less than half of what many e-bikes cost.

Cons: Since the small tires are not standard, changing them is more difficult in the event of a flat. 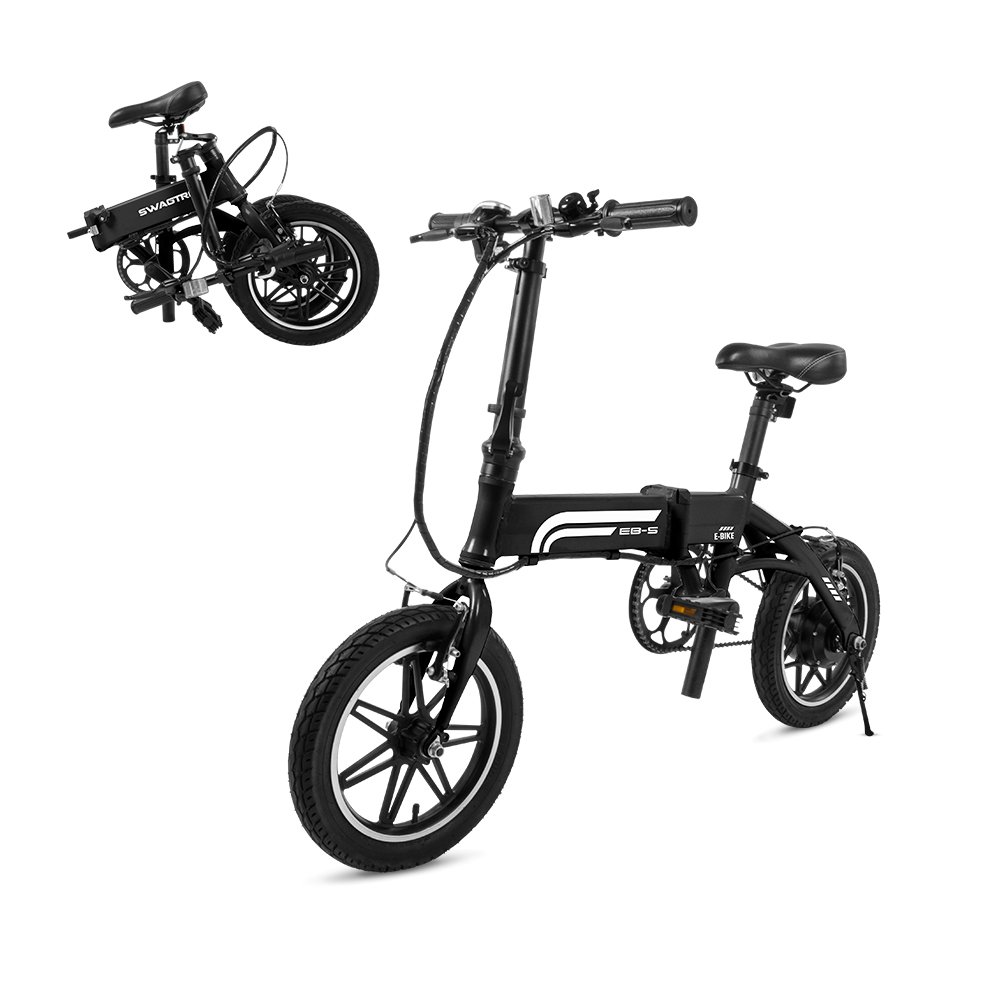 This bike from Schwinn is another folding option. The wheels are 20 inches compared with the SwagCycle’s 14-inch wheels, which makes it a better option for taller riders. It has a rear rack for storage and 7 speeds for going up and down hills.

Cons: Despite its compact size it’s fairly heavy, even compared to full-sized bikes. 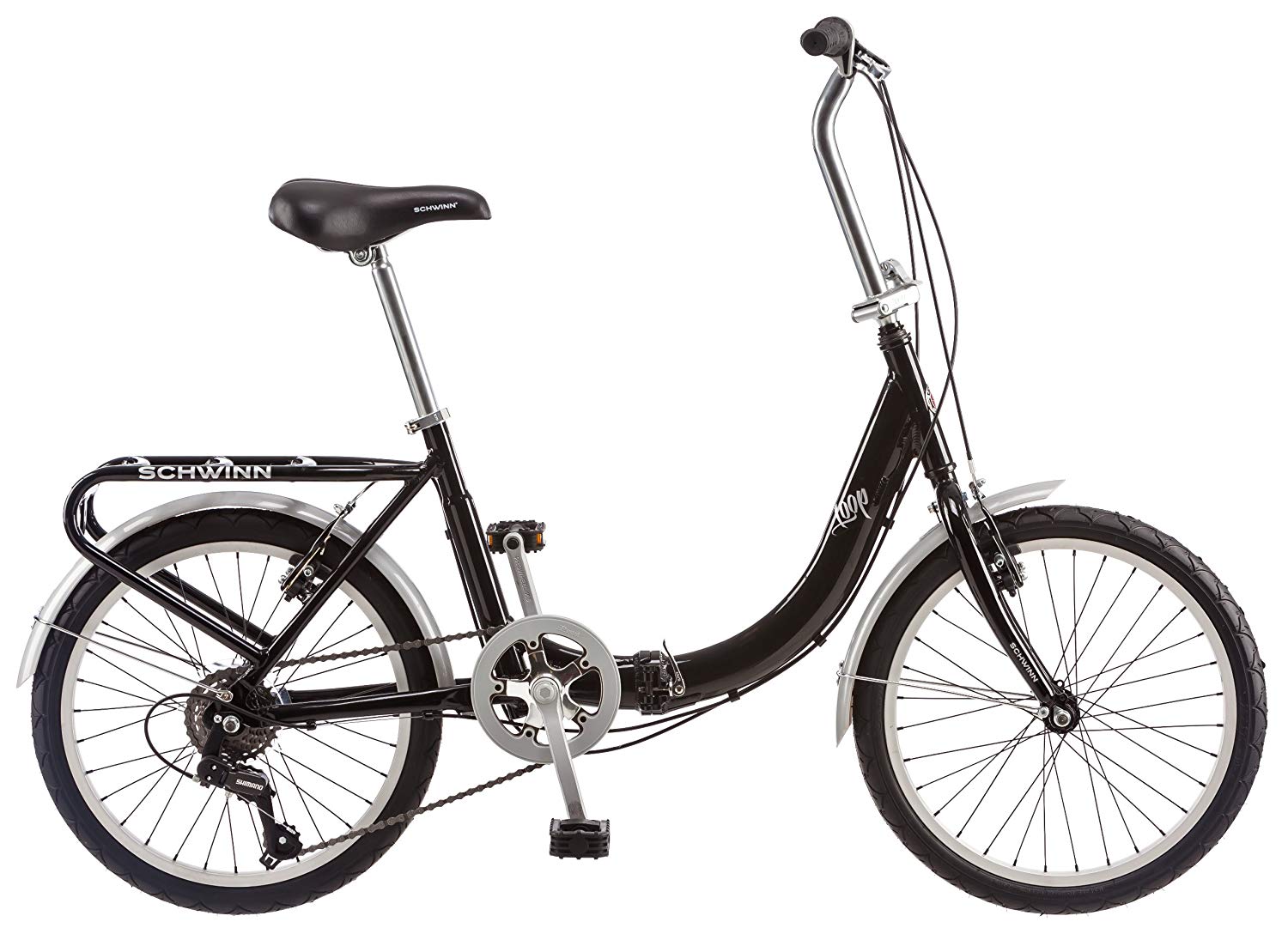