Fitbits have transformed many people’s lives. Going from what many thought would be a novelty bracelet to a genuinely useful device, Fitbit has shown that if you give people the right information and motivation, they can improve their lives for the better. That’s why the best Fitbit products are more than a sleek wearable; they’re a ticket to a better, healthier you.

Fitbits are also a great way for groups of friends, coworkers, couples and families to work together to achieve shared fitness goals. They can promote healthy and fun competition and act as a great way to socialize on a daily basis as you compare step goals.

Below, we compare the most popular devices currently available from Fitbit. These include all the currently available watches and wrist-activity trackers, as well as an at-home smart scale. So if you’re looking to take on a new fitness goal as we step into a new decade, these are the best Fitbit products to help you along the way.

The FitBit Versa II is the most versatile Fitbit to date. Not only is it stylish, but it also has premium functionality. Fitbits are known for having accurate heart-rate and pedometer readings, and the Versa II is no exception. Going the extra mile, the Versa II also has over 15 exercise modes to track your activity as well as on-screen workouts to guide you step-by-step through individual exercises. And if you forget to track a workout before you start, the Versa II will automatically recognize the activity and track it for you. You can also store up to 300+ songs on your watch so you can ditch your phone while you run. Did we mention this watch is smart? With built-in Alexa functionality, you can check the weather, your calendar and control your smart home devices with your voice. The Versa II is not only a great Fitbit, but an all-around solid smartwatch. For all these reasons, the Fitbit Versa II tops our list of the best Fitbit products. 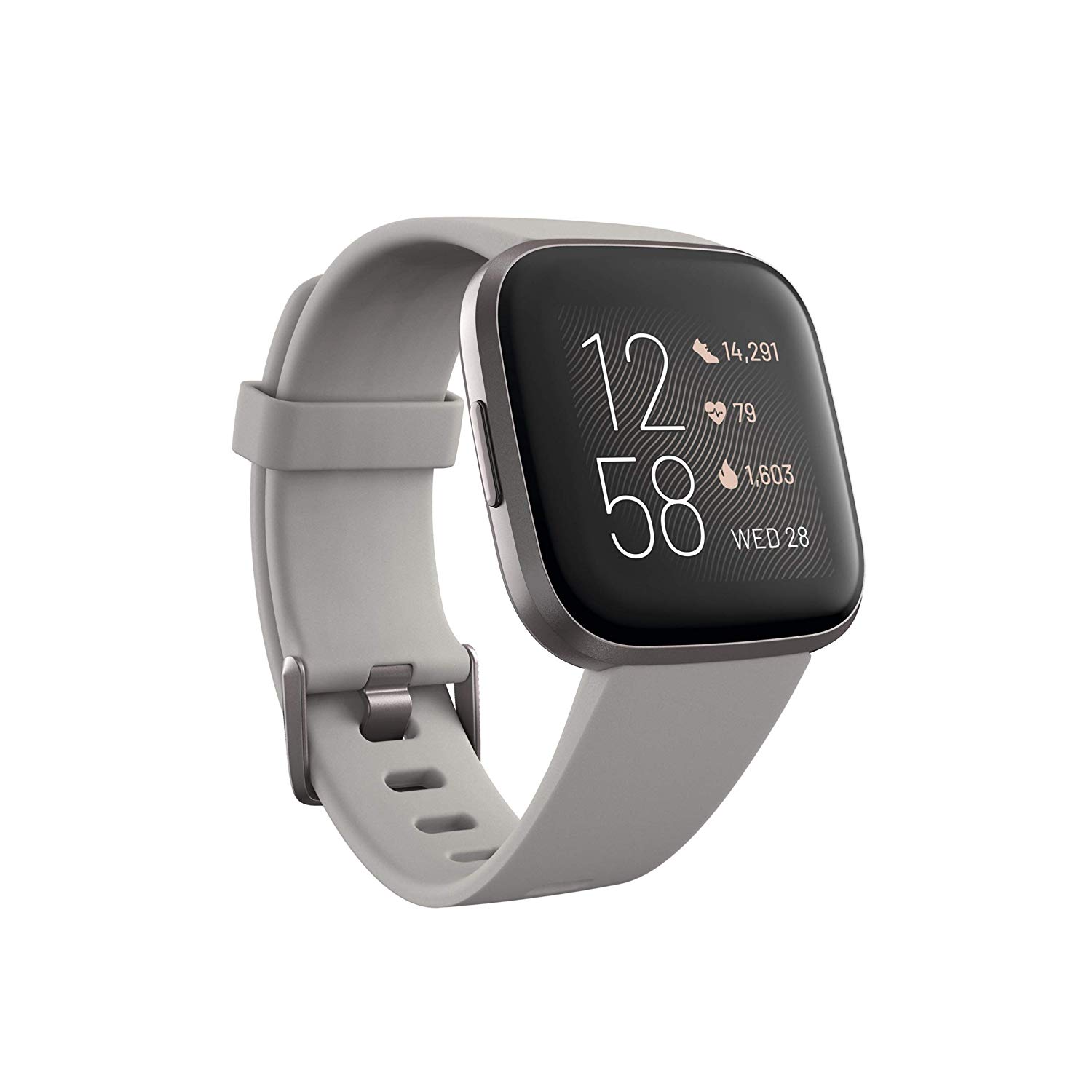 The Versa Lite is similar to the Versa II minus a few key features. You don’t have to worry about losing any style points from the Versa II to the Versa Lite as they look almost identical, except the Lite is available in different colors than the Versa II. The Lite can do almost everything the Versa II can except track the number of floors climbed or provide on-screen workouts. Amazon Alexa is also absent, as is music storage. You still get all of your smartphone alerts, activity tracking, 15 exercise modes as well as sleep tracking with the Versa Lite. Plus, it’s about $40 less expensive at regular price compared to the Versa II. It’s a less pricey alternative, especially if you can live without Alexa on your wrist. 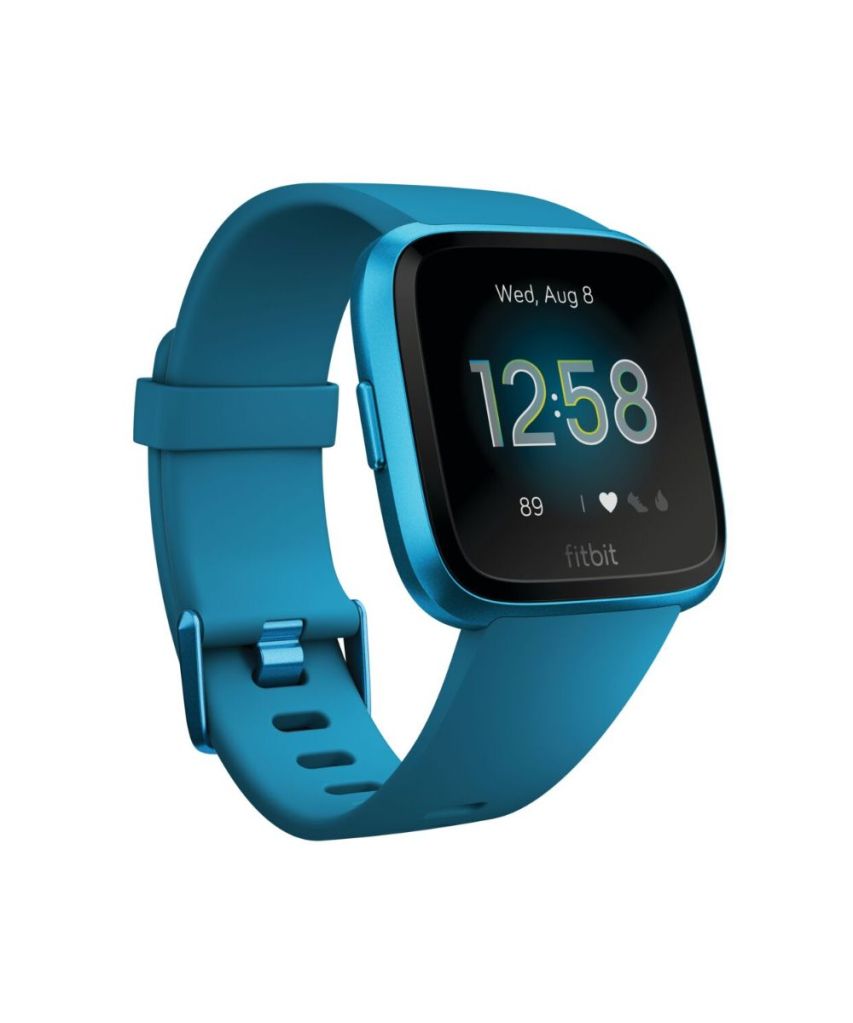 With more than 3,000 five-star reviews from happy users on Amazon, the Fitbit Alta HR is a well-loved option for introducing yourself to the wonders of the best Fitbit products. It comes in a range of colors and sizes, so there’s an option to suit everyone’s tastes. The watch-like device allows you to monitor your calorie burn, your heart rate and the intensity of any workouts you do during the day. It also lets you track your sleeping patterns, including each individual phase of sleep, and then displays all of your stats in easy-to-read graphs on the Fitbit Health and Fitness App on your computer or smartphone. And, as an added bonus, the Fitbit screen will also connect you with your smartphone for call, text and other notifications. 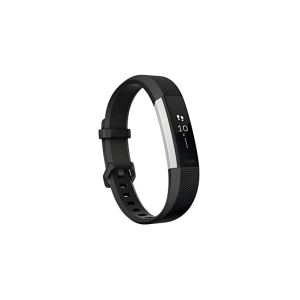 The Fitbit Inspire HR is a step up from the Alta and adds a more stylish and waterproof design to the mix. The waterproofing is ideal for swimmers who want to keep track of their key stats. From your heart rate and calorie burn to steps taken and distance traveled, the Inspire will inspire you to reach your goals. The internal battery can deliver up to five days of use from a single charge and only requires two hours to recharge to 100%. The smart device will also record any workouts like bike rides, runs, walks or swims you do throughout the day. Then, it will provide analysis using the accompanying smartphone and computer apps. 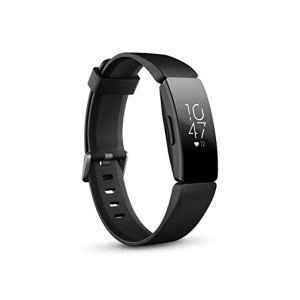 When you’re trying to lose weight, a scale is indispensable. And the Fitbit Aria 2 Smart Scale is no average scale. In addition to your current weight, the device will calculate your BMI, lean mass and body fat percentage. After determining these values, the data is sent wirelessly to the Fitbit dashboard where you are provided with easy-to-read graphs to see your progress. The scale can track up to eight people at one time and even allows users to keep their details private should they wish to. This Fitbit device is available in black and white and sports a backlit LCD for easy reading during use. Combined with your Fitbit of choice, this combination will make it easier than ever to reach your fitness goals in 2020. 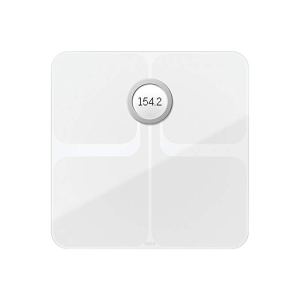 The Fitbit Ionic is the ultimate activity tracking watch from the Fitbit line. It’s the only Fitbit smartwatch with onboard GPS to track your distance and pace during your workouts. Others use your phone’s GPS to track distance, so you can finally leave your phone behind during your workout when you use the Ionic. This is especially true since you can store music on the Ionic, too. Those looking for a triathlon training watch will be pleased to see that feature. Even though it has more activity tracking features than the Versa Lite and Versa II, it is missing Alexa capabilities. It is also about $100 more than the Versa Lite. Ultimately, this is the Fitbit you want if you take your training seriously. 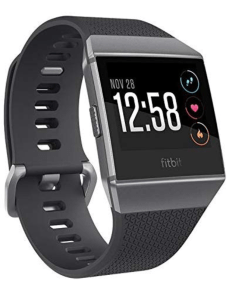 The Fitbit Charge 3 takes on the more classic Fitbit style with a slim band and narrow face. But don’t let the look fool you, it is still packed with plenty of activity tracking and features that active users will love. With the Fitbit Charge 3, you’ll be able to check your phone’s texts, alerts and notifications. Plus, it has Fitbit Pay, a feature similar to Apple Pay that allows you to make payments using your wrist without having to break out your wallet. For your workouts, you can track virtually all the activities a Versa-style Fitbit can, including swimming, but you’ll be missing out on music storage and Alexa capabilities. It’s a great option, especially if you like its slim style. 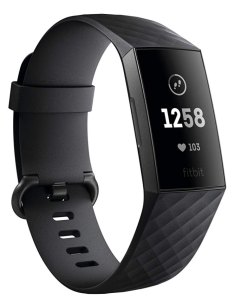 Looking for a Fitbit for the kiddo? The Ace 2 is the kid-friendly option from Fitbit. It tracks steps and sleep and provides your child with reminders to move around and be active after periods of inactivity. It’s also waterproof, so you don’t have to worry about your kid jumping in the pool while wearing the watch or forgetting to take it off before they get in the shower or tub. And they can play around with the customizable watch face to make it fit their personality. Beyond that, it’s really just a fun, stylish and durable watch for your kid. If your little one spends hours every day looking at screens, and we know they do, then this colorful watch will remind them to get up and move. 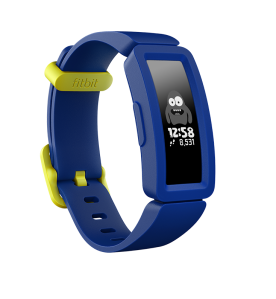