There’s nothing quite like the simple pleasure of riding a bike. Whether it’s skipping traffic by cycling to work, enjoying a leisurely ride along the beach, or taking a long cross-country trek, there’s a bicycle suited to every need.

For those who want a ride with serious performance capabilities, road bikes are the gold standard. They feature lightweight frames which are often made partially or entirely from carbon fiber, thin wheels, and drop handlebars. What that all translates to is speed and easy handling. Trying to pedal a heavy beach cruiser up a hill would be a bruising task even for the most seasoned cyclists, but road bikes are built lightweight to make uphill terrain manageable.

They’re not necessarily for everyone, though. What they compromise in speed and weight are affordability and sturdiness. Road bikes are ideal for taking on paths that are well-paved. Depending on your route, they may not be great for the purposes of commuting, where things like runoff grates and potholes can do serious damage. For the purposes of performance, long distance riding or pedaling on well-paved roads, these three bikes are great bets.

Tommaso may not have the name recognition of Bianchi or Specialized, but they have been gradually gaining attention for their top of the line materials and affordable pricing. Before “direct-to-consumer” became the biggest buzzword of the internet e-commerce era, Tommaso was selling bicycles directly to customers since 1985.

Pros: Outfitted with Shimano parts, which is an industry standard for consumer bicycles. Lightweight, easy-shifting.

Cons: Racing seat which can be uncomfortable for the casual rider 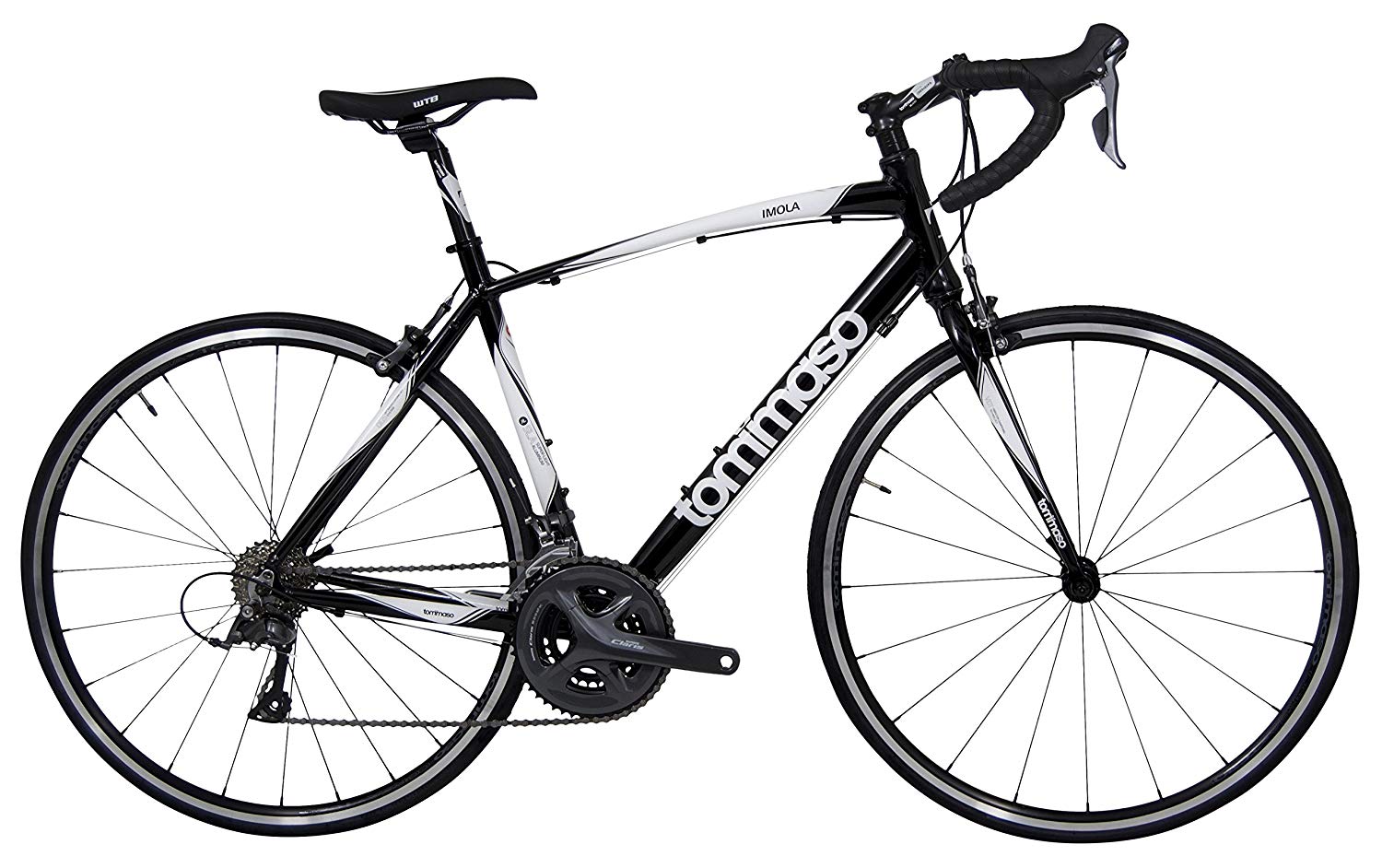 Schwinn is the most iconic American bicycle manufacturer, and their Phocus bikes are great for both men and women. The bike includes a carbon fiber road fork (the part of the frame that goes around the front tire). That makes for a smoother and slightly more lightweight ride.

Pros: Shimano parts, kickstand included. Only bike on this list with a carbon fiber fork.

Cons: Stock tubes are not the highest quality. 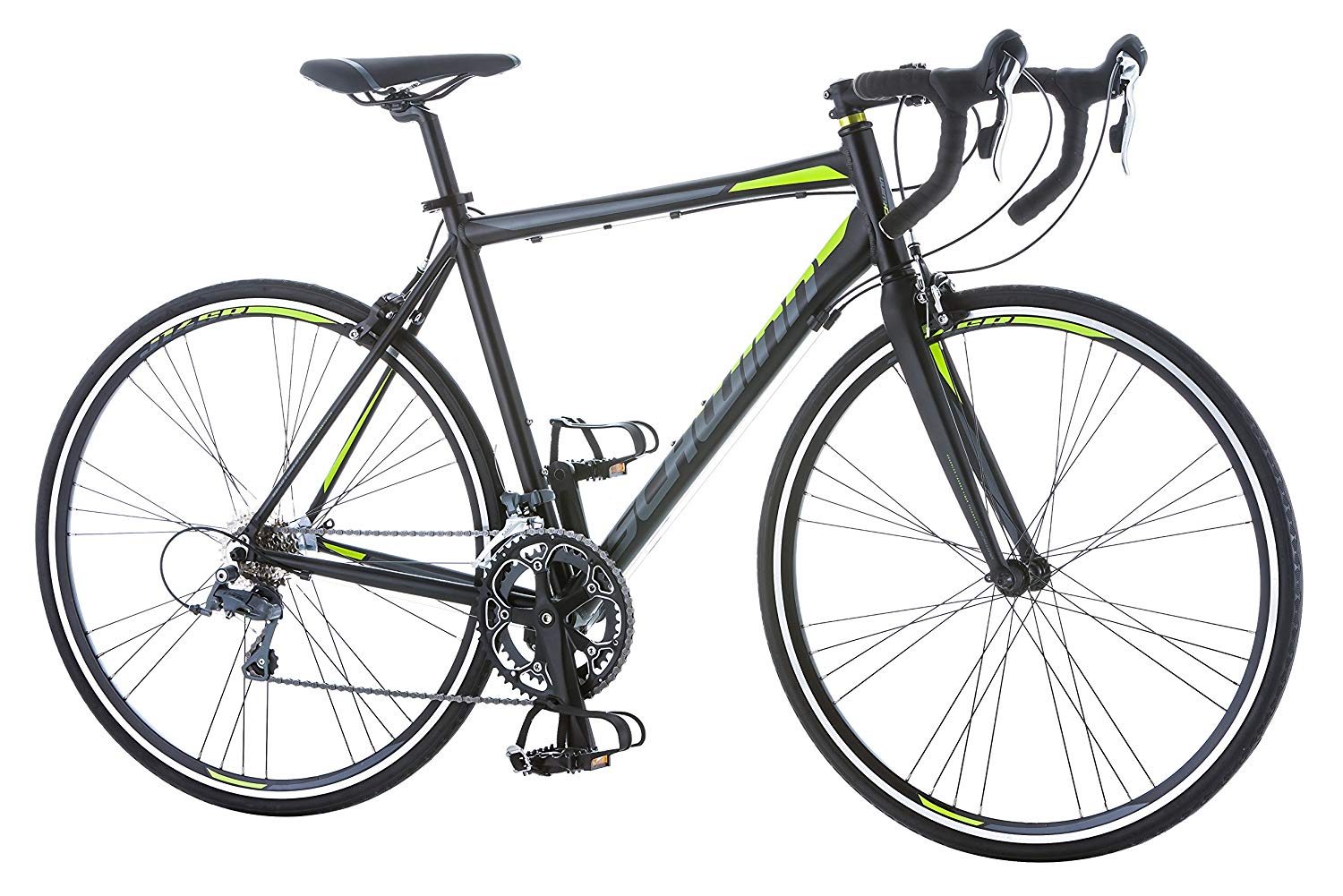 Eurobike features a variety of affordable styles, including ones with three spokes and ones with traditional spokes. They have the sleek frame and look of professional cycles, at about a tenth of the price.

Cons: Frame made from steel, making it considerably more heavy than the average road bike. 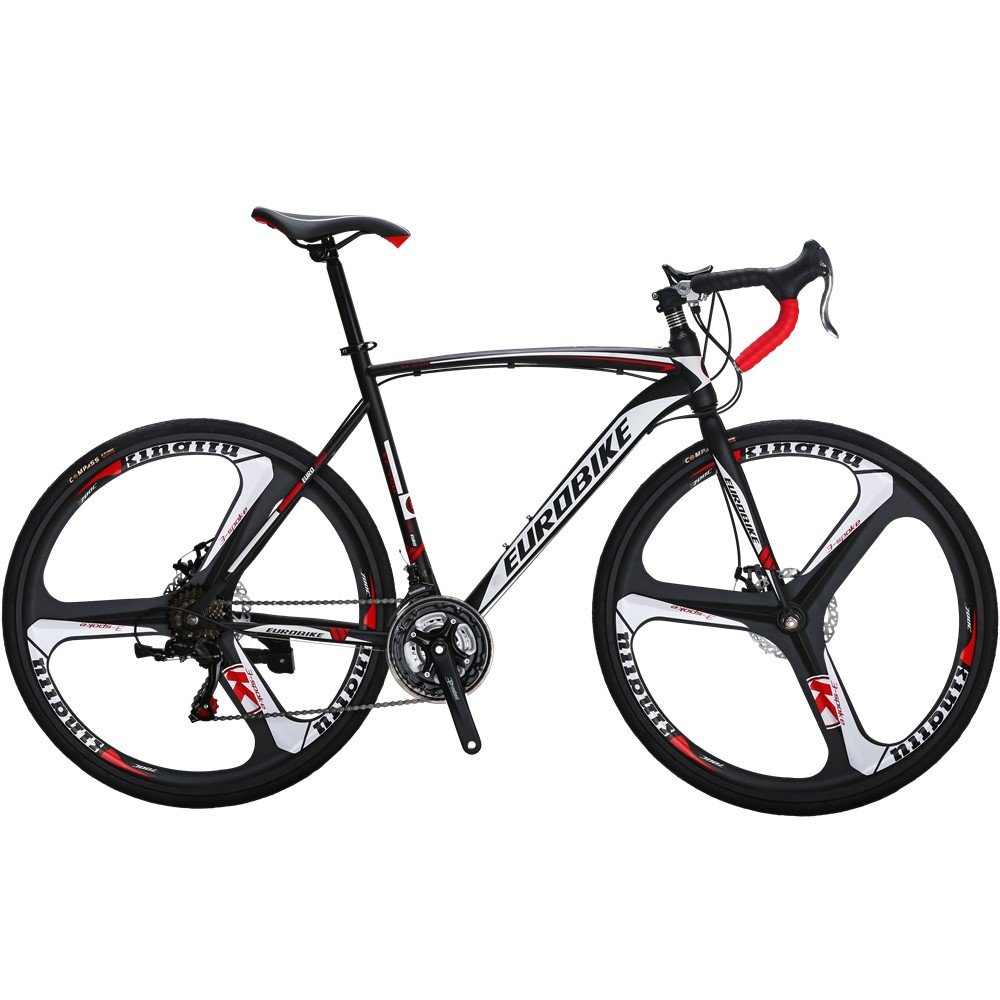