If you’re looking for that mountain climbing experience at home, you might want to invest in one of the best vertical climbers.

Vertical climbers are basically exercise machines that try to simulate the up-and-down motions of climbing a rock wall. You hop on a fixed machine with handlebars and pedals that slide up and down. As you push the handlebar upward with one arm, the corresponding pedal moves up with you, forcing your arm to bring your leg along for the ride. Combine that motion with the core stabilization necessary to do it, and you can see how this simple machine can give you a solid full-body workout.

The beauty of doing this motion on a machine as opposed to a rock wall is the ability to quickly grind out the motion repeatedly on both sides of your body. If you could climb as fast as you could on a vertical climber, you’d be an Olympic-caliber rock climber. The upshots in terms of fitness are manifold. You get more stress on your muscles in a shorter period of time by essentially carrying your weight repeatedly. Consequently, you burn more calories, develop muscles and tone your body faster and increase your range of motion with your arms and legs.

Also on the plus side, vertical climbers don’t occupy too much space compared to most home workout equipment. You can easily tuck them into a closet or shove them off in a corner when you’re not using them.

That’s why we found all our picks on Amazon so we could flag Amazon’s 2-Year Protection Plans, which can be found just below the Add to Cart and Buy Now buttons. We don’t think you’ll need the insurance, but paying $15 to $25, depending on the price of the equipment, for peace of mind about defective equipment could assuage any concerns you might have.

Ultimately, if you pick up one of the vertical climbers below, we’re confident you’ll be climbing mountains in your imagination in no time.

Though it’s not always the case for products that the original is the best, that is definitely the case with vertical climbers. The MaxiClimber pioneered vertical climbers for home workout enthusiasts and it’s been a go-to choice ever since.

First, compared to most vertical climbers, assembly is easy and you should be ready to go in just a few minutes. It can handle up to 240 pounds of weight and up to the height of a 6-foot-2 person, so it’ll work for most people.

A little screen on the front of the machine keeps track of your time, steps and calories burned so you can easily set any kind of target for your workout.

Overall, the MaxiClimber has been around a long time and thousands of users on Amazon found it to be among the best vertical climbers available.

On the flip side, many of the not-so-happy users reported what we would consider to be a red-flag amount of durability issues after the 30-day warranty ran out. They also mentioned shoddy and spotty customer support at best, which means if you get a lemon, there’s a good chance you lose your money and get stuck trying to make lemonade.

But we think the rewards outweigh the risks and of the dozen or so vertical climbers we checked out, the MaxiClimber was the only one we found with thousands of positive five-star ratings. In short, after checking out the competition, it’s the one we would buy without question. 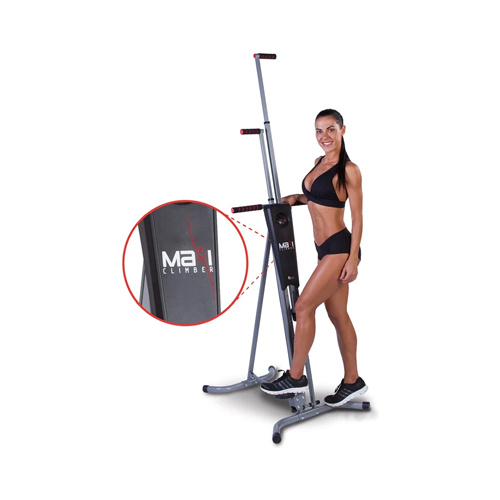 If you can’t make the original MaxiClimber work because of your height, then you’re going to want to check out its beefed-up cousin, the MaxiClimber XL-2000.

It can handle more weight and taller people than the original climber, up to 300 pounds of weight and people as tall as 6-foot-6. For a more challenging workout, this climber added a 12-level hydraulic resistance system.

MaxiClimber also updated its roller mechanism to make the machine last longer and run smoother and quieter than the original.

Alas, if it seems too good to be true, it is. Like users of the original MaxiClimber, users of the MaxiClimber XL reported receiving some defective parts and some reported that the screen doesn’t function properly. You’re also still dealing with the same company, so you might not be able to get your defective machine replaced, especially if the warranty has run out. 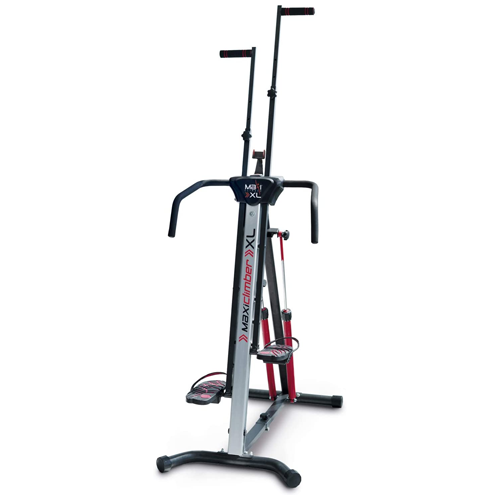 For the next pick, we recommend the Flyerstoy Folding Vertical Climber. You may also see an identical machine sold by Hurbo, Aceshin and Ancheer. Though this vertical climber appears to be made in China and just sold under different fly-by-night brand names, it’s actually a pretty solid machine.

It comes 90% assembled so you can put it together fairly quickly. Importantly, it’s lightweight and foldable for easy maneuvering, but it’s made from a steel alloy so it doesn’t compromise on durability for its light weight. It also comes with a functional LCD screen that keeps track of your time, speed, distance and calories burned, so you can easily track your workout in real-time.

Like all of our picks, it’s not commercial grade so it won’t stand up for very long to a family of four each using it for an hour every day, but it’ll easily handle 30-minute workouts a few times a week, if not more. 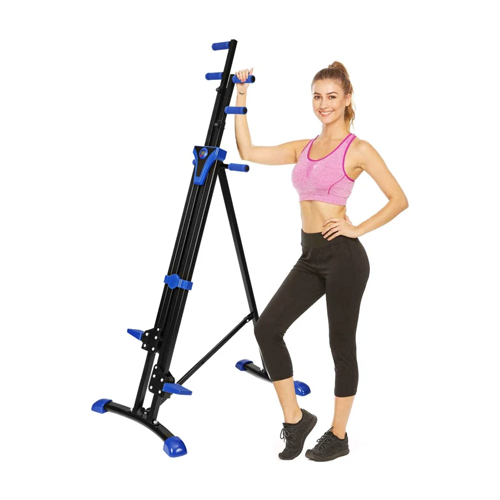 If you’re looking for a little more bang for your buck, the Best Choice Products 2-in-1 Vertical Climber Exercise Bike Machine might be more up your alley. As the name suggests, this machine combines a vertical climber and a small exercise bike into one.

While the climber will give you the bodyweight full-body workout, the bike will give you some cardio, so this alone covers the two basic needs of a home gym. The bike comes with eight levels of magnetic resistance too, which is really helpful once you’ve started to build up your leg strength and cardio.

You can also count on the display screen keeping track of your speed, time, distance and calories.

As for the downsides, some users reported defective wheels on the climber and others said the magnetic resistance on the bike was pretty weak. It’s also important to note that even though this vertical climber does fold, it’s inherently less foldable and storable than other options due to the 2-in-1 design.

But those caveats aside, we think this is a solid machine for non-regular exercisers just looking to add a little extra exercise and cardio into their lives. 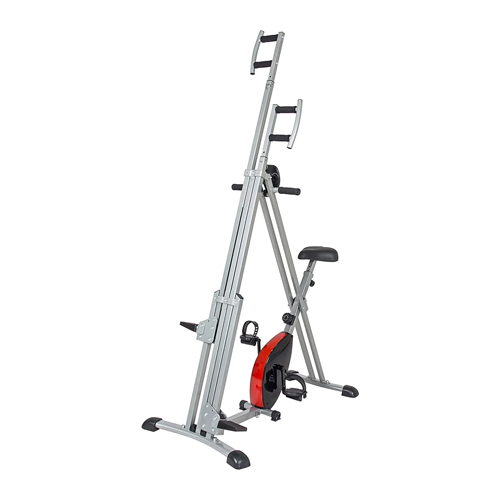 The CityBirds Vertical Climber is probably the most secure pick of all the vertical climbers on this list. We don’t know about you, but we’re usually more than a little worried about vertical climbers tipping or falling over while exercising, especially during a vigorous workout.

What sets the CityBirds climber apart from the rest of the crowd is its base. The base legs are thick, long and curve out farther than just about all the other picks. For extra security, the base legs also feature suction cups to really secure the machine to the ground. This machine also adds springs into the mix at the bottom of the sliders to help protect your knees.

Beyond that, this climber incorporates many of the same features as other similarly priced vertical climbers. You can expect steel construction, adjustable climbing arms, an LCD monitor recording your time, speed, distance and calories as well as foldability for easy storage.

On the downsides, some users reported the machine felt a little shaky during use and others reported receiving defective parts. But for the most part, more than almost any of the other vertical climbers, users left reviews saying how pleased they were with the machine — one actually praised the customer service, which is a rarity for vertical climbers — so we think it’s a safe bet to get yourself climbing in the safety of your home. 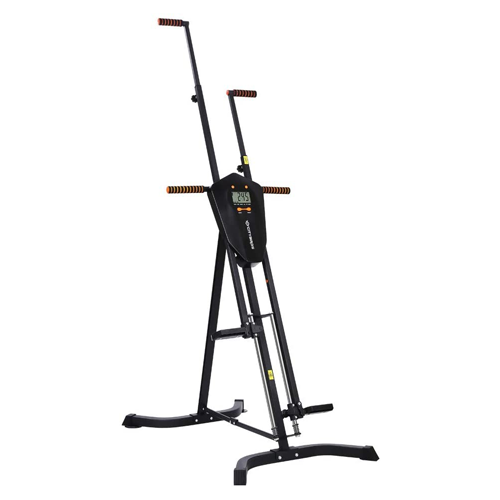