It’s no secret that gamers can occasionally end up with wrist injuries. We can regularly end up with our hands in weird positions no matter where we’re gaming, and the fact that it’s so easy to get lost in whatever you’re playing only makes that stress on the joints worse. It’s especially annoying as desk jobs can often make these minor issues worse by not allowing for rest. Because of this, it’s really good to know how best to look after and strengthen your wrists, because that way you can just avoid it.

But before we get into the best wrist exercises for gamers, let’s talk about the anatomy of the wrist.

The wrist is actually surprisingly complicated. We say surprisingly because it’s unlikely to be a body part you’ve really thought about, but it allows for movement on two axes and connects the radius and the ulna to the various carpals that make up the wrist itself, and then moving into the fingers. The wrist muscles and forearm muscles are intertwined as they tend to rely on each other to work well. 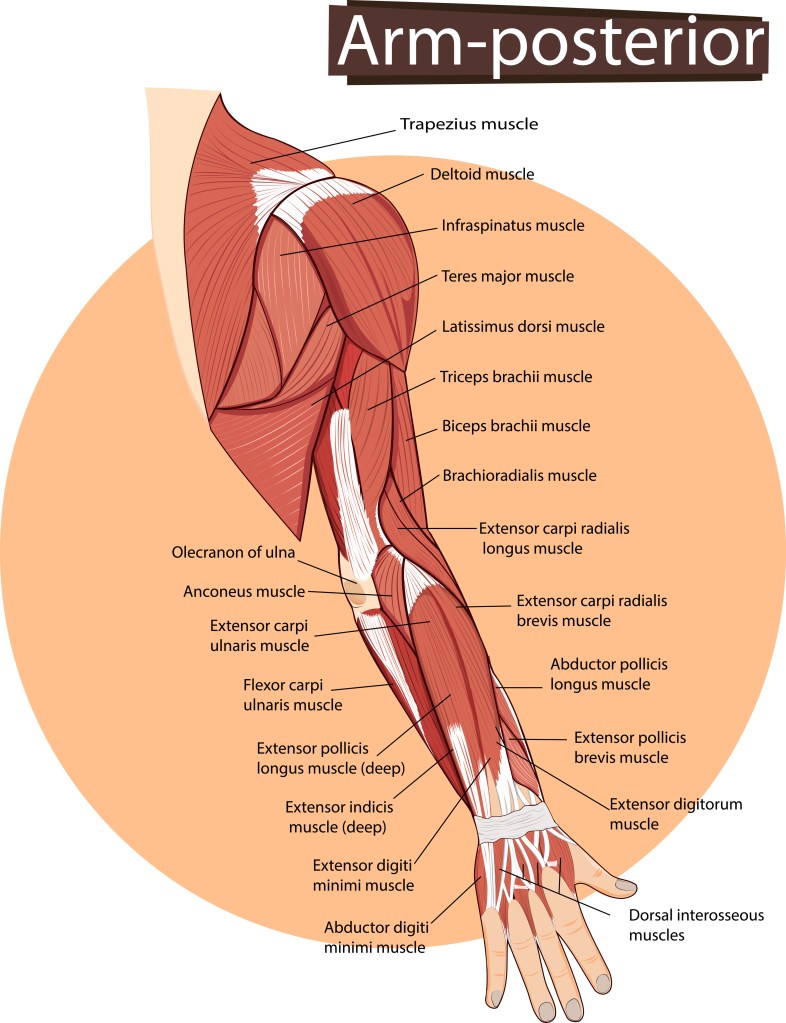 As such, isolating just the wrist muscles during exercises is incredibly difficult, so it’s best to just target the forearm as a whole most of the time instead. This means that along with traditional strength-building exercises, it’s also well worth making sure there’s a good stretching routine to maintain the suppleness needed for this joint.

If you’re only going to buy one thing…

While you can theoretically train the wrist with a range of different equipment, you’re generally best off just getting yourself some light dumbbells rather than anything specific. It’s also worth noting that nearly any pulling exercise you do will work the grip, which hits your forearm and your wrist to some degree too. 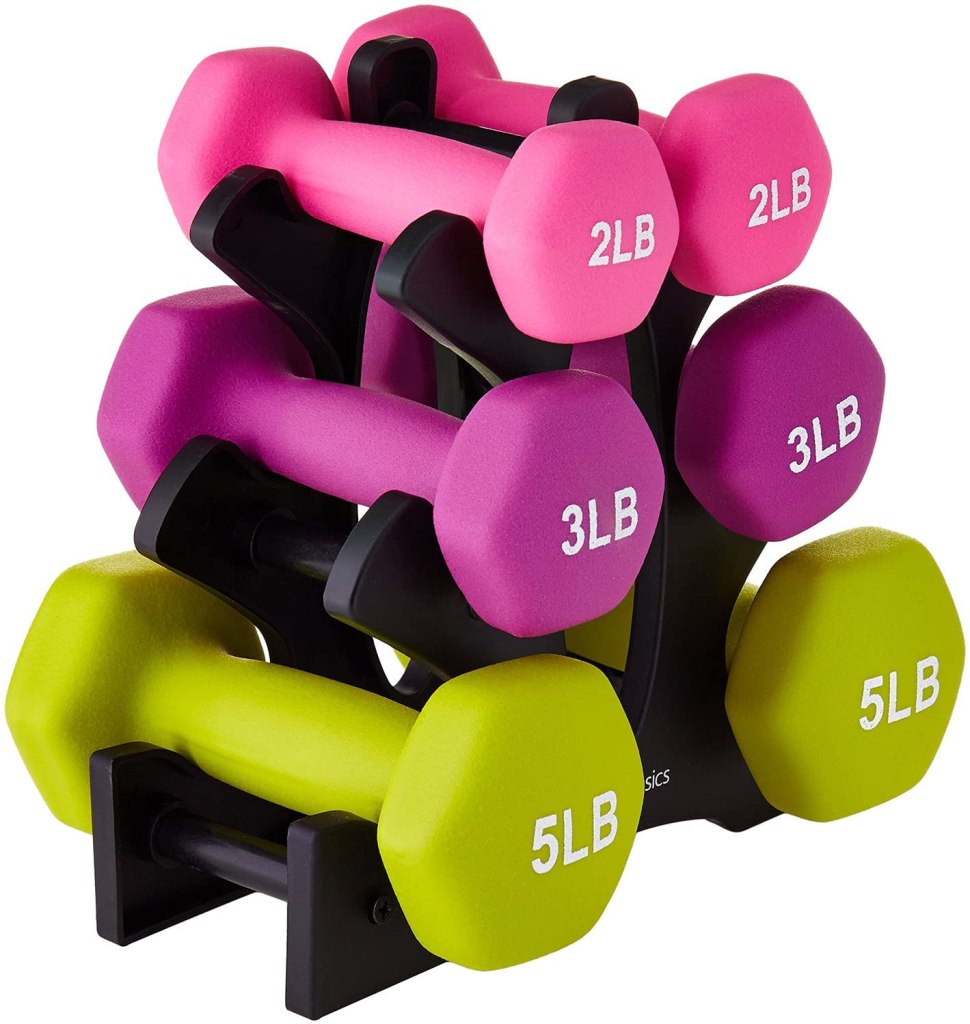 This set of light dumbbells from Amazon are the perfect companions to your fitness routine. The set comes with three different sets of dumbbells (ranging in weight from 2lbs all the way to 5lbs), giving you a solid range for strengthening your wrists.

As such, it’s highly likely that you’ll have been working your wrist passively as you’re doing exercises like pull-ups, lat pull-downs, and even rows. However, we’re looking at the specifics here and trying to actively target the wrist itself. So, let’s take a look at the exercises you should be doing to make sure you’re gaming muscles are at their best.

The Best Wrist Exercises for Gamers 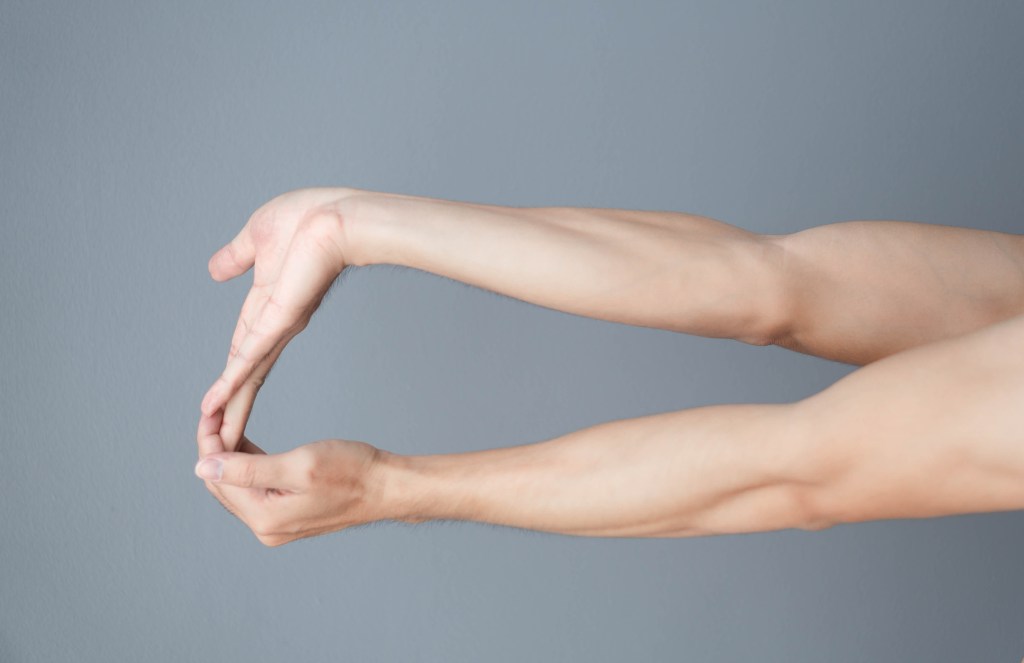 Now, all of the below exercises are great, for sure, but good wrist health begins with a good stretching routine. There are an awful lot of these you can do potentially, but we’re going to focus on three. Hold your elbows by your side, bring your forearms up so they’re parallel with the floor and hold your wrists to the floor. Then, simply rotate your wrists clockwise for ten seconds, then anti-clockwise for ten seconds, rotating three times for both.

Next, take your arms, straighten them out in front of you and have your hand and fingers parallel to the floor. From here, raise your fingers to the sky, hold for a couple of seconds, then move them to the floor. If you’re looking for a more intense stretch, use one hand to help move the other further, but be gentle or you’re going to damage something.

Finally, bring your elbows together, hold your forearms so they’re perpendicular to the floor, then interlock your fingers with your palms together. Now, try to draw a figure of eight with your wrists. This is more about elasticity than control, so don’t worry about the speed here, just do what’s comfortable and keep your arms relaxed.

Now, while many exercises hit the wrists and forearms in a tertiary manner, it’s a little harder to focus on the wrists alone. Wrist curls are going to be your bread for this style of training, and while the temptation to do a dedicated “Wrist Day” might be somewhere in your mind, we recommend throwing this exercise in at the start or end of your back or pull day.

To do this exercise, get a light dumbbell, which is relative to your own strength, and then sit with those weights in your hands, with your forearms resting horizontally on your upper thighs. Your hands should be facing up, and both your forearms and thighs should be parallel to the floor for this to have the best possible effect. From here, slowly lower the hand as far as is comfortable, hold it at the bottom for two seconds, then raise your hand up as high as possible. Your arms shouldn’t move during this motion, but you should feel the burn as you go. We recommend doing sets of 10 or 12 to begin with, and you can always up the weight if you begin to find it far too easy.

The reverse wrist curl is exactly the same, but your hand will be facing down instead. Doing three sets of one then three sets of the other should leave your forearms burning. Don’t try to use too much weight on either though, as overdoing it will be bad. You can use barbells for these exercises too, but we definitely recommend dumbbells instead, as they allow for a more natural movement.

You can do this with or without a weight, both will have an effect. As with the above, it’s best not to use much weight if you do choose to use one. This is also definitely just a dumbbell exercise, as doing it with a barbell would be over-the-top. Place your forearms on your upper thighs again while sitting down, and then hold the weight in your hand with your palms facing up. 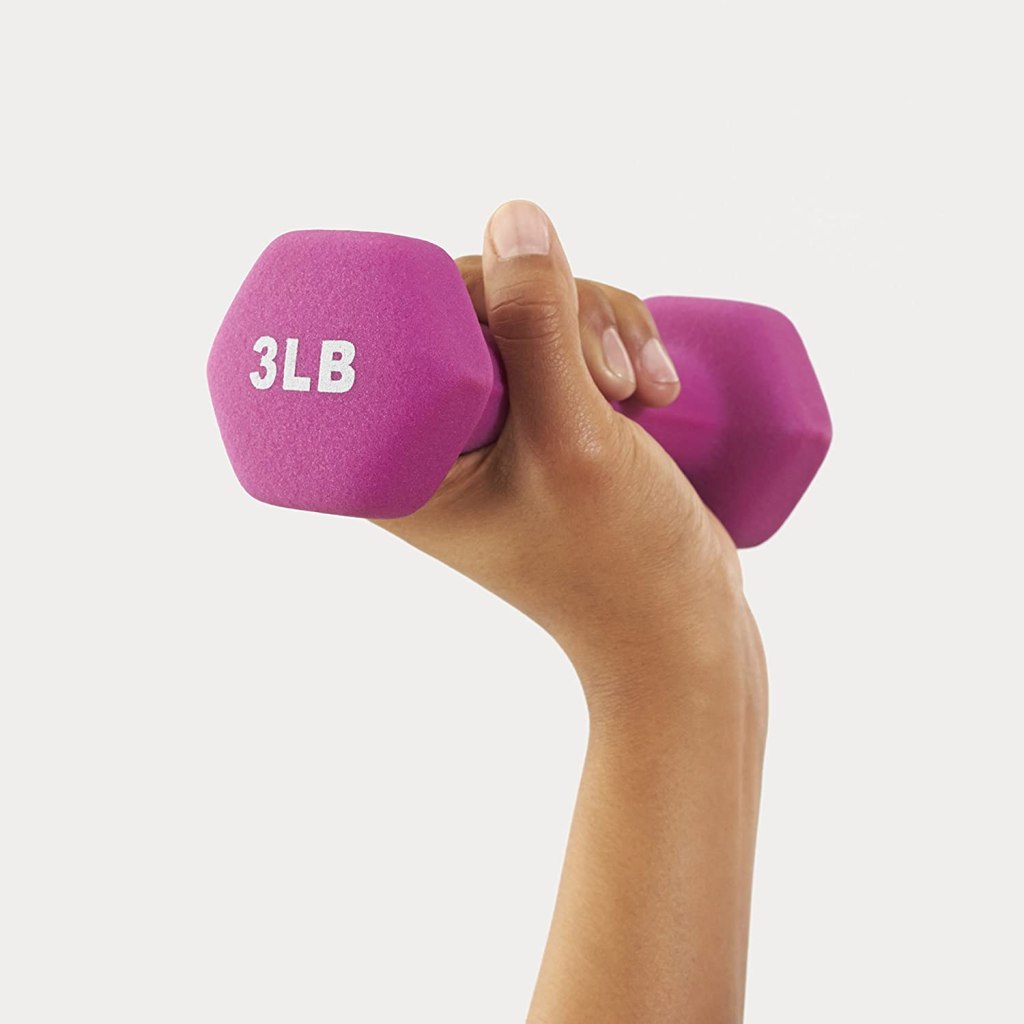 From here, slowly rotate your wrists so that your palms face down, then reverse the movement so that your palms are up once more. Repeat this 10 to 12 times, rest for a minute, then do the same for three sets in total. This is a great warm-up motion in general too, so make sure you put this in your upper body workouts to help stave off other injuries too.

This exercise can be done with a stress ball, or a more traditional grip training device. In short, you’re going to hold your chosen device in your hand, slowly squeeze your grip as tight as you can, hold it for two seconds, then slowly release. Do this for 10 to 12 reps for three sets, and you’ll be golden. 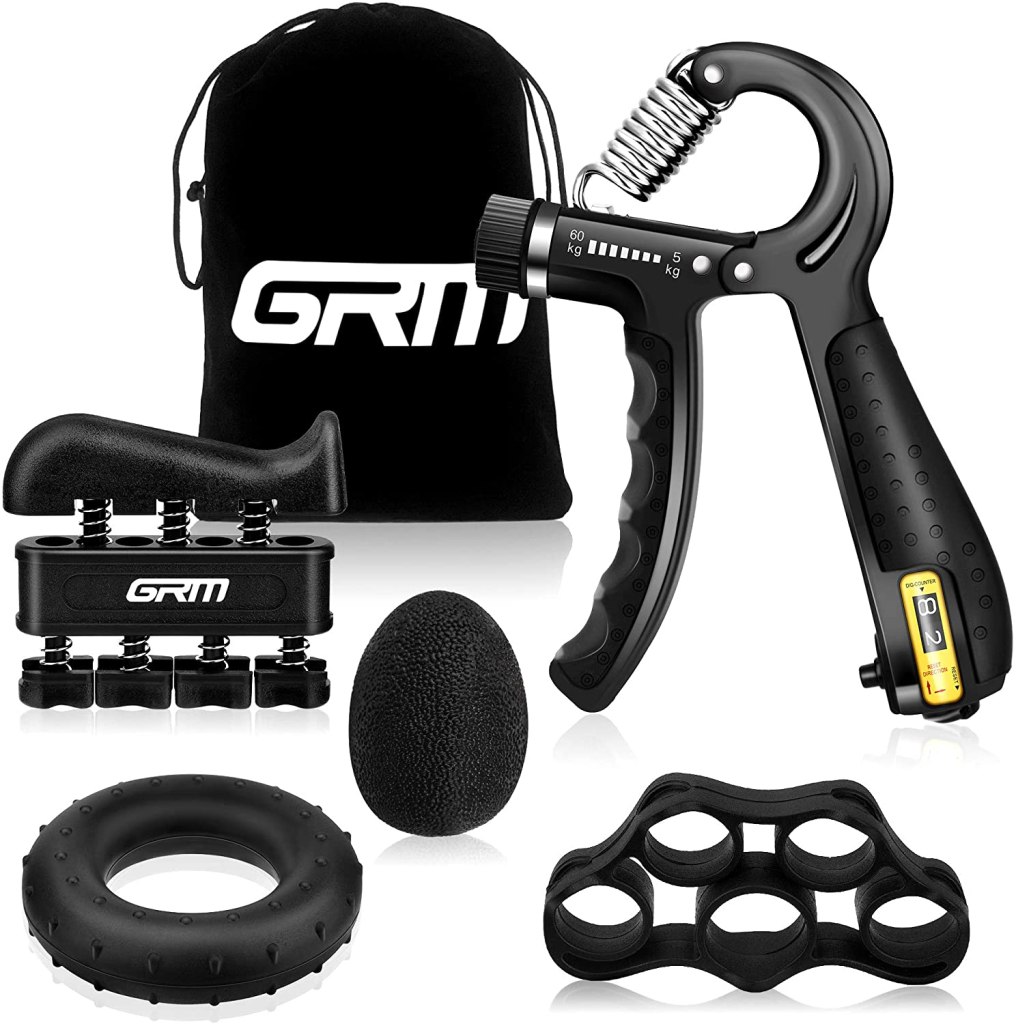 We love this set of grip trainers from GRM because it gives you plenty of variety when trying to exercise your wrists. The forearm strengthener (the one that looks like a capital ‘R’) is especially customizable, allowing you to scale the resistance up or down as needed.

This style of exercise is great because you can easily do it standing up, sitting down, falling asleep, or anywhere else. Just don’t drop a grip trainer on your head, because that’s going to hurt. This is a great one to do on its own throughout the day, or just make sure to hit it at the end of your upper body sessions.

Say Goodbye to Belly Fat with These 8 Fat-Burner Exercises