When you think of celebrity men, which traits come to mind?

Typically very talented, handsome, wealthy, and probably in decent shape. However, strong, built and dedicated to fitness seems to be more and more common in Hollywood these days, with celebrities owning their own gyms, supplement lines and workout gear.

However, out of all the actors in Hollywood, no one is in better shape than The Rock. Dwayne “The Rock” Johnson has made a career out of his physique, starting as a professional wrestler and then venturing into the world of acting and producing in both feature films and TV. His muscles define him as a character on screen in nearly every film from Jumanji and Rampage to his roles in Fast and the Furious.

After gaining a ton of notoriety and attention for his workout and fitness routine, as well as the evident results, The Rock partnered with Under Armour for a line of his own. The Rock and the established fitness brand teamed up to produce Project Rock — a line of gym apparel and accessories for “the hardest workers in the room.” 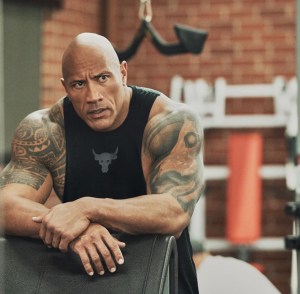 The line is a part of Under Armour’s “The Only Way is Through” campaign and is officially called “The Work,” combining the two to take it to the next level — The Only Way Is Through The Work.

Johnson is all about hard work. No matter who you are, what your goals are or where you are in your fitness journey — you have the capacity to be the hardest worker in the room.

“I don’t care how old you are, what you do for a living, or what your bank account says. This collection is designed for the ones who know that success comes one way — through the work,” Johnson says.

His Instagram is filled with pictures and videos of him working out every day in his gym, otherwise known as “Iron Paradise.” He’s frequently wearing his own line that includes compression leggings, cut-off sweatshirts, T-shirts, gym bags, headphones and more. 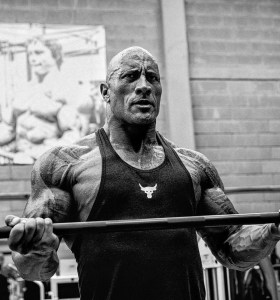 The distinctive bull logo differentiates it from other gym apparel, as well. These pieces are built to last through the toughest workouts for years to come in pursuit of lofty goals and big achievements. While everyone else is rocking more common brands at the squat rack, you’ll stand out for your work ethic and the gear you’re sporting.

Here are a few of our favorite pieces from the Project Rock line’s most recent release.

These men’s compression leggings will keep you locked in during your heaviest leg days and squat sessions. They’re made with HeatGear fabric designed to give you that second skin feel, and with four-way stretch, they’ll move with you in every direction.

The material wicks away sweat as you work through set after set, and they’ve got a woven overlay out front for even more durability. 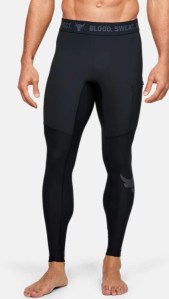 Throw on a short sleeve hoodie for a breathable, loose, comfortable feel during your workout. This hoodie is made with Charged Cotton — a fabric that’s as comfortable as cotton but dries sweat much faster. Pull the hood over your headphones to lock in and focus on the work in front of you, and sweat it out through the mesh side panels added for stretch and breathability. 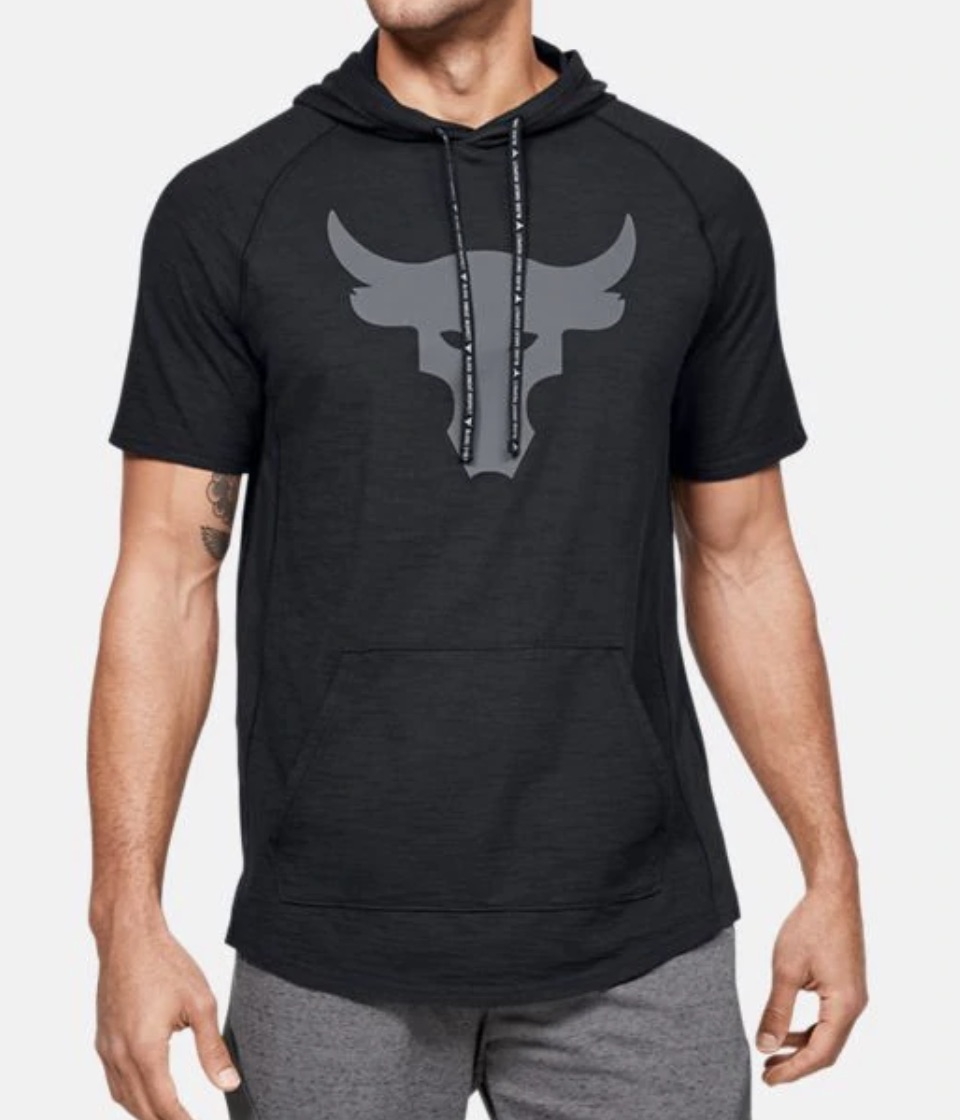 As you go to and from the gym, let this Project Rock bag take care of your gear so you don’t have to. It’s made using UA Storm technology that adds a water-resistant, element-battling finish to the exterior so the heavy canvas material won’t rip or tear. The adjustable straps are made with HeatGear material for extra comfort and it’s got a side zipper entrance to the main compartment and cinched top that protects a smaller, more secure storage pocket.

It’s got a soft-lined laptop sleeve in the back that can hold up to a 13” MacBook Pro or similar computer and two molded rubber grab handles. So whatever you’re packing in there, from workout gear to office essentials, this bag can handle it. 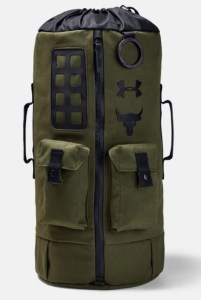