* Yellow nails are an unsightly but curable condition
* Common causes include fungus, infections and yellow-staining products
* Most causes can be corrected or treated using these handy at-home hacks

While there isn’t just one cause of yellow nails, one thing is certain. Yellow nails don’t look pretty. Some common causes of tinted nails include infections, nail fungus or having recently handled a product that left your nails discolored. Nail discoloration could also be an indication of an underlying condition which should be addressed.

However, when it comes to returning your nails to their natural and healthy color, there are plenty of at-home options to choose from. It is also important to note that the one you should pick generally depends on the reason you think your nails are yellow in the first place.

Below, you’ll find 5 at-home hacks for learning how to get rid of the unsightly yellow nails. If these solutions don’t work for you, it may be time to get in touch with your local physician to find the exact cause of your nail discoloration.

It may seem like a strange option, but soaking your yellowed nails in baking soda can naturally fight fungus. In this case, using Arm & Hammer baking soda to create an alkaline solution around your fingers or toes introduces an environment in which fungus cannot grow. It may take a few soaks, but after time, your nails should appear much clearer and free from unwanted fungus. And, if you have any baking soda left over, you can make some delicious cookies or other baked goods to celebrate your shiny, new nails. 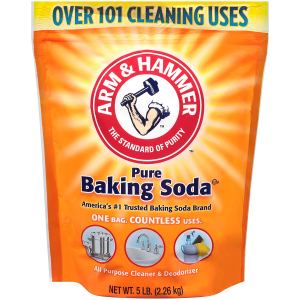 Tea tree oil is an ideal option if you suspect your yellow nails are the result of a fungus or bacterial infection. To use it, simply add a couple of drops of tea tree oil to a carrier oil, such as olive oil or jojoba oil, and then apply the mis to the affected nails using a Q-tip or other type of swab. As an added bonus, tea tree oil can also be used to relieve acne, heal cuts and even to make your own conditioner or body wash. 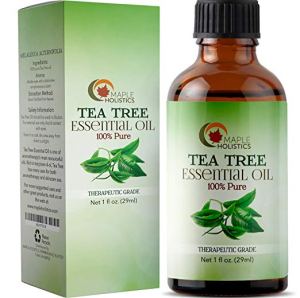 One simple way to attack unattractive or stained nails is to give them a work over with a nail buffer block. This mini manicure tool works to clean, buff and even improve blood circulation to your fingers. Even though the design is simple, the result is still impressive. After a working over with each of the 3 steps on this block, your nails will look stain free and shiny. It really is as easy as filing, smoothing and shining. If you’re unsure of its effectiveness, it’s worth noting that this block has over 100 5-star reviews from happy customers. 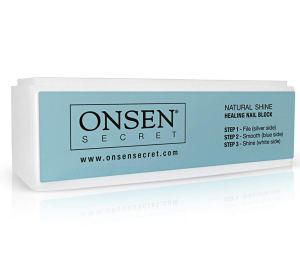 4. Use a Whitening Pen or Toothpaste

If it whitens your teeth, why wouldn’t it whiten your nails, too? It seems a bit straight forward, but it’s true. Applying whitening toothpaste or a whitening pen, like this one from AuraGlow, can treat yellow nails. The pen uses oxidizing ingredients to act as a stain remover and gives your nails a new-found glowing appearance. It’s easy to do and can really make a difference to the look of your nails. Of course, once you’re done whitening your nails, you can use the pen on your teeth, too. It’s definitely worth noting that this whitening pen currently has over 1000 5-star reviews on Amazon from customers happy. 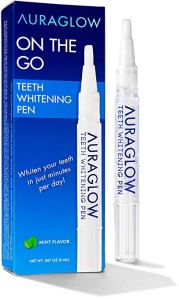 The PODERM Fungal Nails Repair Kit includes everything you need to fight against fungal infections yellowing your nails. Using only 100% natural ingredients, this over-the-counter formula can rid your nails of fungus and leave them to regrow healthily. It’s also fast-acting enough to prevent the spread of fungus and rich in vitamins A, B and E, which are great for boosting nail structure. As an added bonus, due to its friendly composition, the nail repair kit is suitable for diabetics to use. 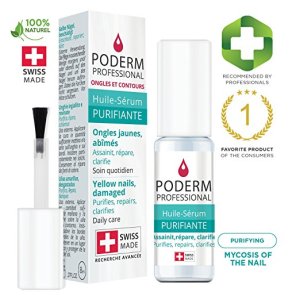