Scientists believe that sex toys have existed for approximately the last 2,000 years, but we’re guessing they go back a lot farther. In fact, many of the first sex toys look remarkably similar to the ones you can buy today —  phalluses of various sizes. While early sex toys may have been made out of bronze and polished wood instead of silicone, men and women have been pleasuring themselves with fake penises for millennia.

Even though human beings have been using sex aids for thousands of years, sex toys didn’t change much between biblical times and modern history. With the dawn of the electric age, enterprising inventors began selling vibrating machines to treat mental and physical maladies. Some of these primitive vibrators were even used by physicians or midwives to treat “hysteria” or depression.

Then, thanks to the 1960s sex revolution and the sex-positive ethos of second- and third-wave feminists, the last several decades have seen an explosion of innovation in the sex toy industry. It wouldn’t be an exaggeration to say that we’re living through a sexual renaissance, with exciting new ways to screw ourselves — and each other. Lovers can use the best couple’s sex toys to spice things up in the bedroom, men can use prostate stimulators to treat themselves to a little butt stuff (or a lot of butt stuff), and women now have an entire arsenal of vibrators, dildos and clitoral stimulators at their disposal. It’s truly a golden age for the orgasm!

And if you’re looking for the best sex toys of all time, you’ve come to the right place. Through years of testing and research, editors and writers at SPY know our way around a sex toy and what a quality sex toy looks like. We also consulted a few sex-perts from the sexual health and sexology fields about their top recommendations for sex toys.

How To Choose the Best Sex Toys for Your Needs

In researching the best sex toys, we talked to Dr. Jill McDevitt, a resident sexologist for the brand CalExotics. Dr. McDevitt holds three different degrees in the field of human sexuality. She notes that “the best sex toys are the ones that best meet your specific sexual need and goal (for instance clitoral stimulation during intercourse, or g-spot thrusting, or penile stroking, etc), but I do have go-to sex toys that I recommend to clients.” (We’ll cover those later on.)

In general, the best adult toys ever invented are made of body-safe materials, are durable, work discreetly and have a cult following. In reviewing the best sex toys of all time, you’ll sometimes find that a specific brand has become a generic name for an entire category of sex toys, like Fleshlights or Magic Wands. In addition to these famous sex toys, we’ve also included a few general categories like strap-ons and vibrators.

As an overview, you can classify most adult toys into one of the following categories:

In addition to those glowing reviews, Sexologist Alex Miller with Orchid Toys notes that “the Hitachi Magic Wand, which started it all, deserves its spot in the hall of fame not only because it was the first readily available toy but because it provides STRONG stimulation externally, which although not a guarantee for everyone, certainly works for providing pleasure to most women. Some toys work better for some women, but it’s almost never bad to suggest someone try the Magic Wand.” 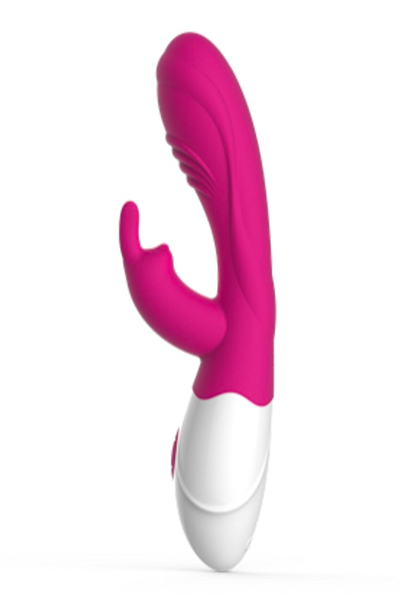 This sex toy, the Maude Vibe, came highly recommended by Alice Queen, founder of Vanilla is the New Kink, a sex blog aimed at helping couples find spice in even the most “vanilla” of situations. She raves about the Maude Vibe, saying it’s “hands down” the “best sex toy of all time for men, women, and non-binary people. It is simple to use — just one button handles everything from on/off to changing between the three intensities. It has an organic ‘teardrop’ shape, which means it is endlessly adaptable. No matter what your body shape and where you use it, you’ll find pleasure. And, wow, for something so compact, Maude Vibe is surprisingly powerful! It has a long battery life and it’s easy to clean.”

She goes on to say that “as a woman, the Maude Vibe is by far my favorite toy for clitoral stimulation, either solo or with a partner. My husband also says it is his favorite toy ever, which surprised me at first. He loves to have it gently pressed against his perineum during oral sex. He says it intensifies the experience to mind-blowing levels.”

There you have it. This sex toy is so popular it actually runs out of stock fairly often, so it’s currently only available for pre-order. We highly recommend you get on the email list for an in-stock alert whenever it does come back, because it seems like a worthwhile purchase. 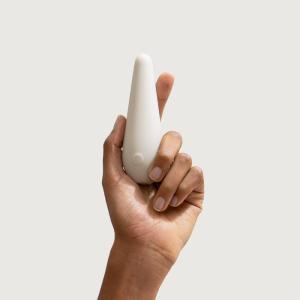 Courtesy of Amazon
Buy: Satisfyer Pro 2 Next Generation $29.95
buy it

SPY is a men’s website, so why is our list of the best sex toys of all time dominated by women’s pleasure aids? Well, it’s just not that hard for men to get off, and so the most famous and innovative sex toys of all time are usually designed for female pleasure. Sure, there are plenty of vibrating toys for men, and we’ll feature some shortly, but the humble vibrator is the unsung hero of the sex toy world. There are countless models to choose from, and these devices are generall designed to maximize g-spot stimulation for an intense orgasm. 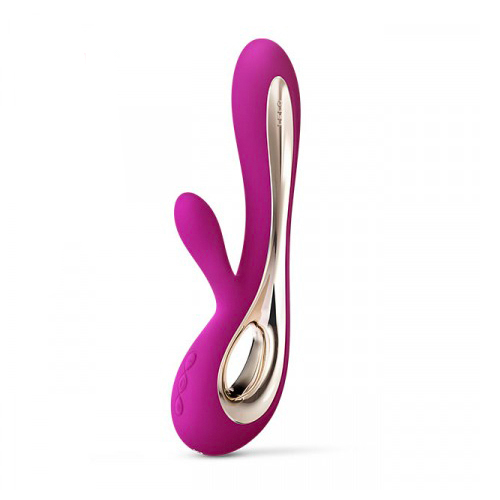 Courtesy of Lelo
Buy: Satisfyer Pro 2 Next Generation $29.95
buy it

“I’ve actually been recommending this vibe throughout my entire 13+ year career because it is simply perfection in its design. While the perfect shape has (thankfully!) remained the same over the years, CalExotics has gifted us with upgrades to the materials (now made of silicone) and it’s charging mechanism (rechargeable by USB instead of AAA batteries), so it has all the functions of a modern vibe while keeping the integrity of the classic shape.”

“The shape is perfect because the internal bulb is sized and shaped to lay against the g-spot, and the butterfly wings and antennae lay against the clitoris from all angles. The shaft is flexible and bends and moves with your unique shape,” said Dr. McDevitt. 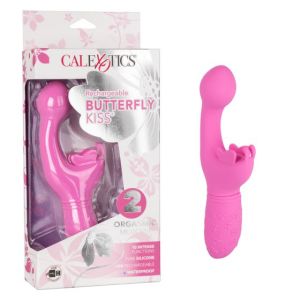 Courtesy of CalExotics
Buy: The Butterfly Kiss $49.99
Buy It

Bullet vibrators are known for packing a mighty, powerful vibrating punch into a tiny package and this one is no different. The Glam bullet from CalExotics comes with ten different vibrational functions and comes in a lipstick-sized travel casing you can slip into your bag and carry anywhere. The motor is whisper quiet so you can use it discretely easily and it only takes two hours to charge via USB to enjoy 50 minutes of high-speed vibration action or 90 minutes of slower speeds. 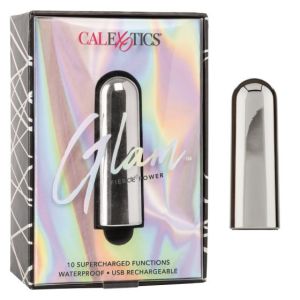 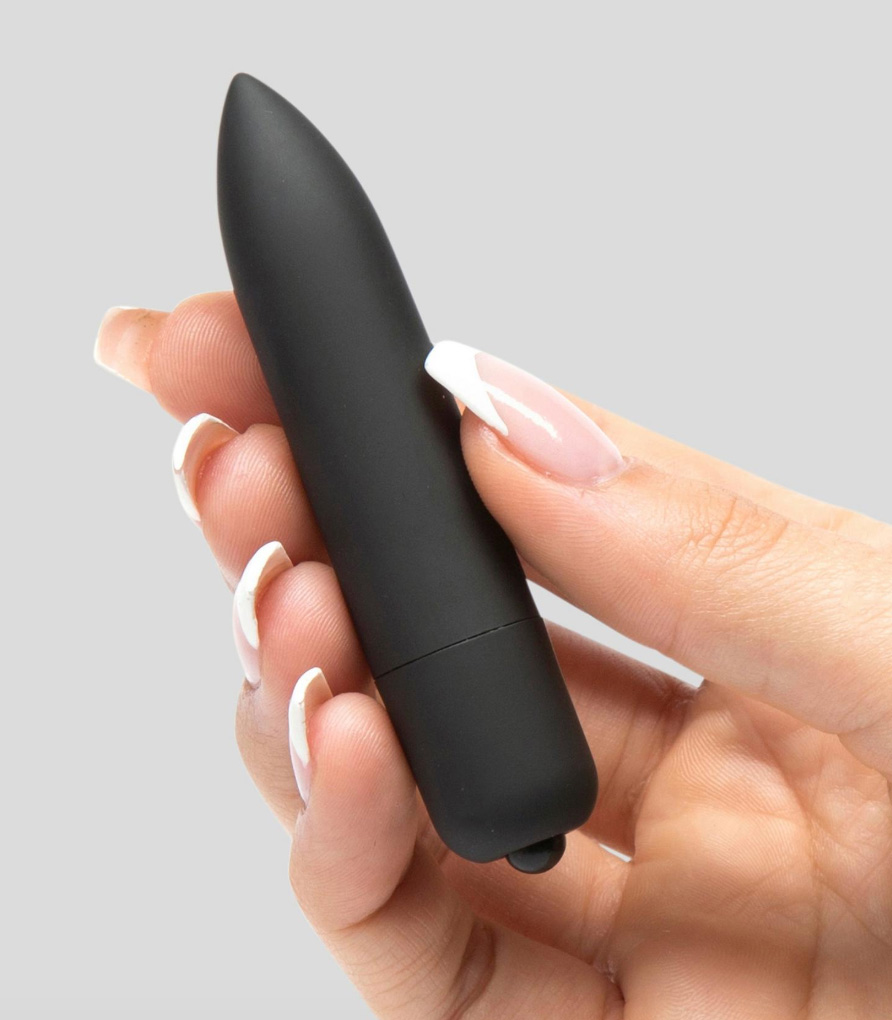 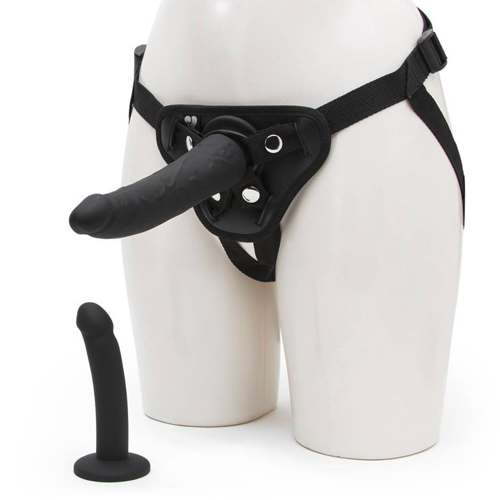 Necessity is the mother of invention, and in a global pandemic, many of us were distanced from our partners. Whether this was your first experience at a long-distance relationship or you and your partner are seasoned pros, it doesn’t take long to learn that you may need a little help to give your sex life a heartbeat. Bluetooth sex toys are one way to spice up all that virtual sex you’ve been having. These toys can be controlled by remotes or through apps on a smartphone, allowing your partner who may be thousands of miles away to pleasure you as he or she sees fit. One of the best Bluetooth sex toys on the market is the OhMiBod Esca 2 G-Spot Vibe. Order one for your LDR, and you’ll never look back. These toys are also popular among sex workers like webcam performers, as they allow the audience to interact with the performer in real-time.

For couples who want to integrate a toy into their sexual encounters, a vibrating cock ring may be a good choice. These have been around for decades, but they continue to improve dramatically. You no longer have to use the cheap plastic versions you used to find in sex toy stores for a few dollars. Those are often toxic, anyways. Today, vibrating cock rings are often coated in body-safe silicone and offer several different vibrating modes, like this gorgeous option from Lelo. The Tor 2 offers an easy-to-control interface and is available in three different colors.

BEST FOR FILLING THE ORGASM GAP

Most vibrators take a concerted effort to use. They require holding and positioning in exactly the right areas, but finger vibes were invented to give you or your partner more precise control over the vibrations. These vibrators slip over your fingers, allowing you to explore pleasurable feelings where you need them most. In particular, we like the Kimi Rechargeable Finger Vibe as it gives you not one but two finger covers for double the fun. The rechargeable device has six vibration modes with six speeds each. 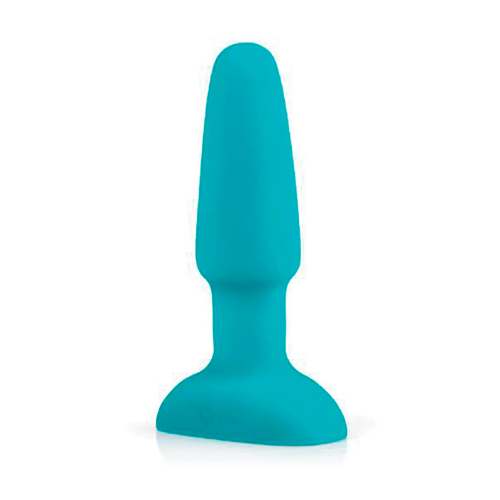 Remember Demolition Man with its strange sex scene between Sandra Bullock and Sylvester Stallone? In the year 2032, the writers surmised that all sexual encounters would take place in a virtual world. Turns out, they weren’t far off. VR sexual experiences are one of the newest advances in sex toys. In essence, these kits use sex toys paired to a VR headset, allowing you to trick your mind and body into believing you’re having some sort of real sexual encounter. The Kiiroo Titan VR Experience is the leading kit in this new genre of toys, and it comes with a VR headset, lubricant and a vibrating stroker that can be paired to over 4,000 X-rated movies. Even without the stroker, VR pornography is a new and growing niche in the porn world.

Sex dolls have been around for a while, creating a fetish following among some men. But, for the first time, robotic sex dolls with artificial intelligence are entering the market. The first robotic versions appeared three decades ago, but in 2018, RealDoll took things one step further by adding artificial intelligence technology to their line of real-ish RealDolls. The RealDoll X-Series offers users life-size sex dolls with modular heads that can create a multitude of expressions as well as sensors throughout the body for a more interactive experience. RealDolls are also almost completely customizable. If you have the money and can get over the uncanny valley effect, they might be worth the investment.

This toy comes with many different options that build upon the experience of a fleshlight and take it to the next level. Each squeeze pads adjust the level of tightness you feel with each stroke, and the tickling will help you reach new levels of climax you didn’t think possible. The easy-to-use silicone buttons on the device help you switch between the various functions and the chamber sleeves are easy-to-clean and require no special care before or after use. 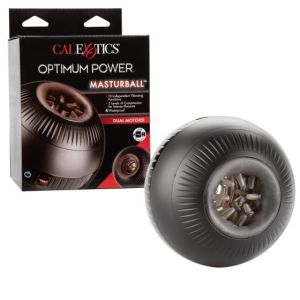