Sex is a tricky business. First of all, finding a partner to have consensual sex with can be complicated, to say the least. Then, you’ve got to make sure your bed sheets and duvet cover are clean, you’ve got the right lube for the occasion, have plenty of condoms and a sex toy or two in case the mood strikes. However, before we get ahead of ourselves and start discussing butt plugs, vibrators and the best sex toys for couples — we need to talk about birth control. Or, more specifically, we need to talk about the pull-out method.

Male birth control is a sparsely discussed topic. We’ve actually written an entire piece on the subject where we consulted medical experts about the available options and spoiler alert: there aren’t many. They’re in the midst of clinical trials for a birth control pill for men, a patch and an injectable designed to control semen concentration in sperm, but we’re still a ways away from something being widely available to the public.

Right now, men basically have two options when it comes to birth control: condoms and the pull-out method. We’re here today to discuss the controversial latter option that, despite its lack of effectiveness, men still regularly use in the hopes they’ll avoid accidental procreation. We’re here to explore why, how effective it actually is, and answer some common questions about the practice.

In this piece we’re going to cover:

What is the Pull-Out Method?

In order to pull it off, men need to have a lot of control and bodily awareness. They need to time it just right, and if they get caught up in the moment or distracted it can easily not work. Let’s be real, it often doesn’t. So why is this method still used? We’ll discuss this more later in the piece, but it’s pretty convenient, cheap and it doesn’t involve putting synthetic hormones into anyone’s body. It is, however, significantly less effective than some other available methods.

How Effective is the Pull-Out Method?

While conducting our research we sat down with a few medical experts and discussed their thoughts on this controversial form of birth control. One of whom was Dr. Sue Milstein, Ph.D who’s a human sexuality health educator, is on the medical review board of Women’s Health Interactive and co-editor of the book Men’s Health: An Introduction.

When asked about the effectiveness of the pull-out method, she noted that “It’s absolutely not 100% effective, even with perfect use! And perfect use can be difficult to achieve. It’s easy to get caught up in the moment with how good what you’re doing feels, and that becomes ever more complicated if you’re under the influence of alcohol or other drugs.”

He explained in more detail why it can be difficult for men to pull-out in time, and why the biological and physiological processes involved in ejaculation make the process a challenge.

“Coming is a wonderful but complex process and many things have to coordinate to pull it off—sensory nerve signals, conscious thoughts, deep brain signals and hormones all must converge in the proper sequence and intensity to activate the spinal ejaculatory center of the spine and trigger ejaculation.”

“Once the train has left the station, the point which scientists refer to as “ejaculatory inevitability,” it’s a very short trip before it arrives at its destination to drop off its (millions) of passengers… Withdrawal typically happens between the departure and the arrival. If a guy pulls out too soon, the train gets derailed. That’s ok if he and his partner don’t mind transferring to another form of conveyance—such as a hand. But if they don’t want to make that transfer, it can be a very short ride,” said Dr. Spitz.

“The tension here is that pulling out is about ultimate control and climax is about ultimate release, once that critical threshold has been crossed. Even if the ejaculatory reflex can be timed, sometimes the intimacy and emotion is too engrossing to interrupt by pulling out. Although guys like to think they are in control, it’s the rare man who is ALWAYS the master of his domain. Inevitably at some point, the guy is not quick enough on the draw.”

Does the Pull-Out Method Protect Against STD/STIs?

No, it does not. You can definitely still be infected with STDs such as chlamydia, gonorrhea, herpes, syphilis and even HIV while using this method.

When asked about what he wished the public knew about the pull-out method, Dr. Spitz said “I wish people understood that the pull-out method does not efficiently protect against sexually transmitted diseases. Although many people already know that HIV can be transmitted through blood and semen, they may not realize that HIV can also be detected in the pre-cum in cells that are not even sperm.”

If I Want to Use the Pull-Out Method, is There a Way to Do It Safely?

If you’re opposed to other birth control due to personal, cultural or religious reasons, one of the sex experts we talked to did shed some light on how tracking hormonal/ menstrual cycles may make the pull-out method more effective.

Ayesha Hussain is a sexologist and sex coach for men at The Violet, and noted that she “never advises [her] clients to rely on pull-out method unless the couple is thoroughly versed in the hormonal / menstruation cycle of the uterus owner.”

“Natural birth control method takes a lot of study of the uterus owners cycle – needing to know exactly when ovulation is occurring which typically means daily check ins on vaginal mucus and temperature. It’s a committed process – but it can be done if both partners prefer the closeness of condomless sex, the uterus owner does not want to engage in birth control and a child is not wanted.”

While this process is possible, there’s limited research into the effectiveness of cycle tracking when it comes to birth control and preventing pregnancy. 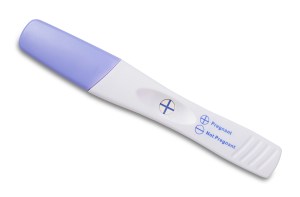 What Are Some Common Misconceptions About the Pull-Out Method?

When asked about common misconceptions about the pull-out method, Dr. Spitz shed some light on pre-cum, or pre-ejaculatory fluid — what it is, what’s in it and how it plays a role in the pull-out method and birth control in general.

“When men are aroused, they release a small amount of fluid from the tip of the penis known as “pre-cum” which is pre-ejaculate fluid. This happens without a recognizable sensation and well before climax.”

He explained that “This fluid contains secretions from the cowpers gland which is near the sphincter of the urethra that holds back pee. Other secretions in this fluid come from the glands of Littre, little ducts that line the urethra in the penis. Both of these glands are downstream from where sperm enters the urethra back in the prostate.”

” There is a commonly held belief that pre-cum does not contain sperm, but a scientific study demonstrated that about 40 % of men tested in fact had hundreds of thousands of swimming sperm into the pre-cum which somehow leaked in. And, as they say, it only takes one,” said Dr. Spitz.

This is critical to note, as it’s one of the main reasons that the pull-out method is not only not 100% effective, but is not as effective as other forms of birth control. 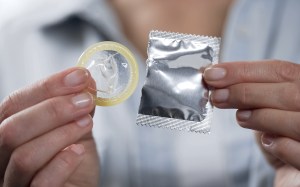 We also asked our experts about the forms of birth control they recommend instead of the pull-out method, and many discussed condoms. They’re one of the best alternatives because they’re hormone-free, inexpensive and easy to use, just like the pull-out method.

Many couples that regularly use the pull-out method are probably doing so because prescription-based birth control is inaccessible for various reasons, or they’re looking for something that’s quick and convenient. Condoms can fill that need without costing too much more money and effort, and are way more effective when used correctly.

“When used properly, condoms reliably prevent pregnancy 98% of the time,” said Dr. Spitz. “A condom should be placed prior to genital contact to ensure containing the precum, as well as preventing exposure to sexually transmitted diseases… I am a big fan of Trojan condoms, many of which come already lubricated, and I appreciate that Trojan electronically tests each condom for pinholes. That’s a lot more reliable than taking a risk on pre-cum sperm or relying on response time in the heat of the moment.”

Editor’s note: quotes have been lightly edited for grammar and clarity.

The Best Places to Buy Sex Toys Online in 2021, From Big Box Retailers to Boutique Brands