Wearable WiFi and Bluetooth stimulators for women have been around for a while now, but since the ladies have something to slip into their panties for playtime discreetly, shouldn’t guys have the same option to slip in their boxers?

The Bond by We-Vibe is the first wearable stimulator for men that vibrates and can be controlled from afar, much like We-Vibe’s other products for long-distance couples or anyone looking to spice up their play session.

You can discreetly wear the Bond to tease you anywhere and heighten sensations. Unlike most rings on the market, We-Vibe’s silicone band goes around both the shaft and testicles, which thrilled some users, and made others skeptical. Here’s everything we know about this game-changer for men that’s bringing a whole new definition to public play. 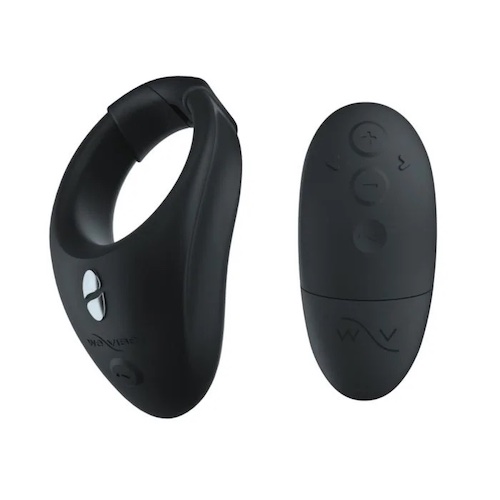 What We Liked About The Bond

The material on the Bond is incredibly smooth – like all of We-Vibe’s toys, it’s made from their signature silk-like silicone, which is entirely skin-friendly. Rather than most c-rings that are slid on, this one goes on like a watch and comes with a small plastic extender to accommodate larger sizes. Its vibrations levels and pattern modes are distinct and decadent, providing a thrilling tease no matter where you are. Sensation-wise, the vibrations are a balanced blend between buzzy and rumbly.

It’s also easily controlled via the We-Vibe app, or the tiny remote control, which is included with the toy. Though the vibrations are mid-range powerful, this toy runs ultra-quiet, giving it brownie points for discreet play. It can be used with a partner or solo and encourages curiosity without being too intimidating or complicated.

Depending on your size and sensitivity level, the level of pressure that it provides will vary significantly for users. While some enjoy the added snug pressure of a ring around their entire package, others find that the fit is a little suffocating, mainly since it’s intended to go around the shaft and testicles. Due to this tight fit, the added pressure of having partnered sex may cause too much pressure for some wearers.

Although the ring has a good amount of stretch, the clasp closure can cause some fumbling when you’re taking it off and putting it on and may also catch on hairs. Additionally, the extender link reduces the level of overall stretch in the ring. It may work for a few different sizes, but it’s far from a “custom fit,” as the brand calls it.

If you’re highly sensitive to pressure around your testicles (and not in a good way), wearing the Bond may feel too intense.

We-Vibe is a leading innovator in the world of sex toys, and as usual, they’re pioneering something new with this wearable ring for men. Although it might only be for a specific kind of consumer, it provides a whole new means of exploration for men or non-binary individuals in an industry that tends to be dominated by clit-focused vibrators.

Ultimately, the Bond is an exciting new addition to the world of sex toys, but it’s definitely not for everyone, as tightness may be an issue for some users. After all – bodies are so uniquely diverse — a truly customizable ring would only be possible if each person were measured and received a made-to-order penis ring.

If you crave some low-key wearable pleasure on the go or with a long-distance partner, are looking for a side of vibrations with your c-ring, and aren’t too sensitive to snug pressure around your entire package, the Bond is definitely a toy that you want on your radar. 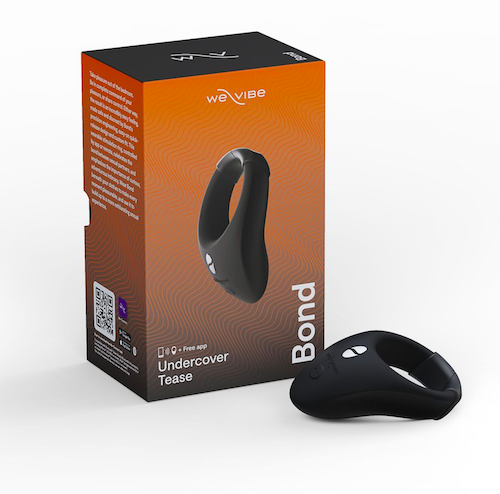