If the average person sleeps eight hours a night, that’s one-third of their life spent in bed. Even if we don’t get a full eight hours of sleep every night, there’s a good chance we add a few extra hours under the covers watching TV, scrolling through our phones, cuddling with loved ones, or working from home. No one said a home office has to include a desk. We spend a lot of time in bed, so having a duvet that is comfortable, cozy, easy to clean, and attractive will help to make your bedroom and more importantly, your mattress, a sanctuary. Ommm. Zzzzz.

Duvet covers are a simple and affordable way to change the look of a room, with the ability to easily swap out duvet covers based on the season or when you want your bedroom to have a new and refreshed look. Duvet covers come in standard sizes, like comforters and duvet inserts, and can give a bedroom an inexpensive makeover, saving you money that can be used for a high-end comforter or duvet insert that helps to regulate temperature and give your bed a warm and cozy feel.

Duvet covers are also ideal for guest rooms, with the covers easily removed from their inserts and washed with sheets and pillow shams, a much simpler laundry job than washing the entire comforter. This helps to keep your room clean and germ-free for different guests. Easy-to-wash duvet covers are also preferable for people with small children, pets, or the elderly who may have the occasional accident on the bed.

We’ve also included two duvet inserts on our list, with both options boasting the ability to be machine washed and put in the dryer for quick and easy maintenance. We also chose these duvets because they can double as stand-alone comforters that don’t require duvet covers. Plus, both are made with corner loops that make it easy to put a duvet cover on, because if you’ve ever tried to put a comforter into a duvet cover, you know that a nap is likely needed once the job is complete.

Want to up the cozy factor in your bedroom? Check out three duvets and duvet covers that are helping us get a good night’s sleep.

Doubling as both a duvet insert and a stand-alone comforter, the LINENSPA All-Season White Down Alternative Quilted Comforter is reversible, hypoallergenic, and made with an easy-care finish.

Pros: Made with an ultra-soft down alternative microfiber, the LINENSPA is affordable and ideal for those with allergies or skin sensitivities. It’s also great for people with kids, pets, or elderly customers, with the LINENSPA safe for the washing machine and dryer. 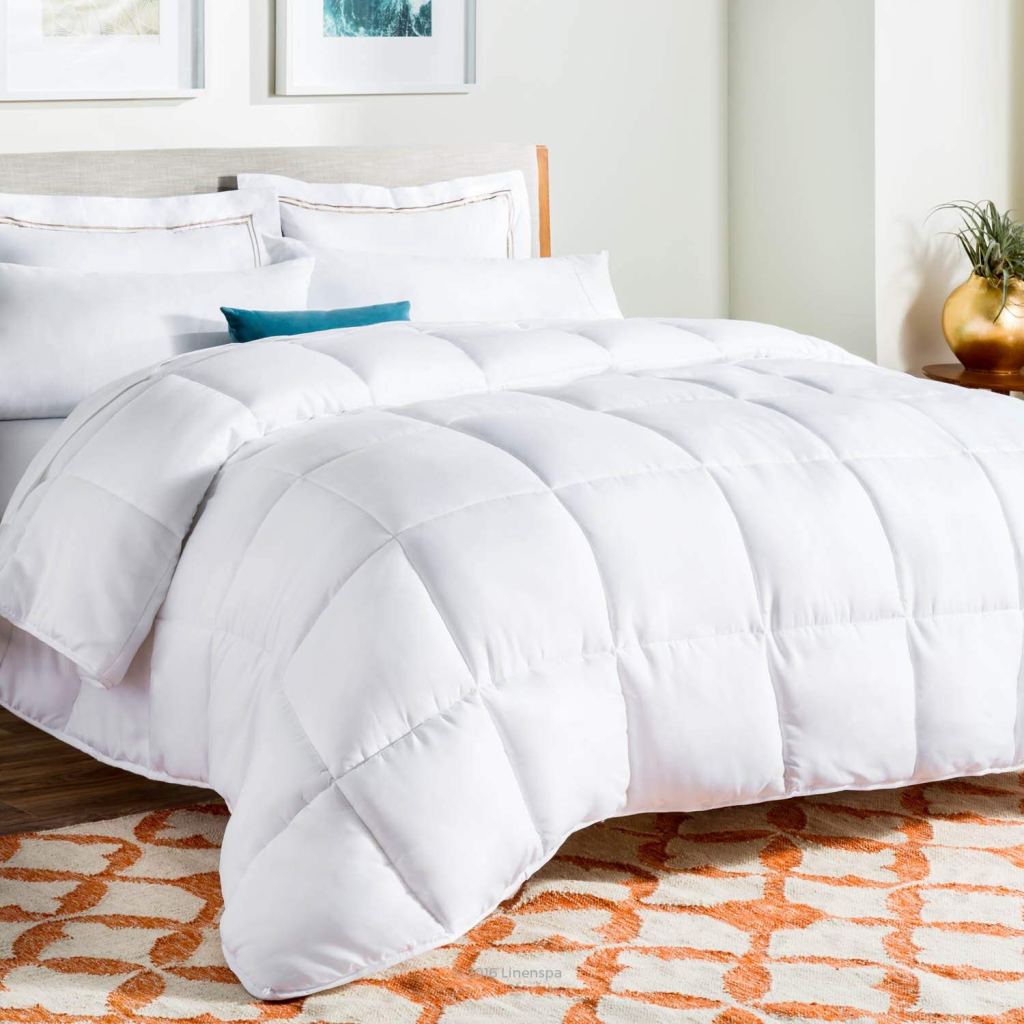 An all-season comforter, the Utopia Bedding Comforter Duvet Insert is made with plush siliconized fiberfill down alternative for a fluffy and dense finish.

Pros: Like the LINENSPA, the Utopia can also be used on its own as a comforter or as an insert in a duvet cover and comes with corner loops.

Cons: Seams could be stronger. 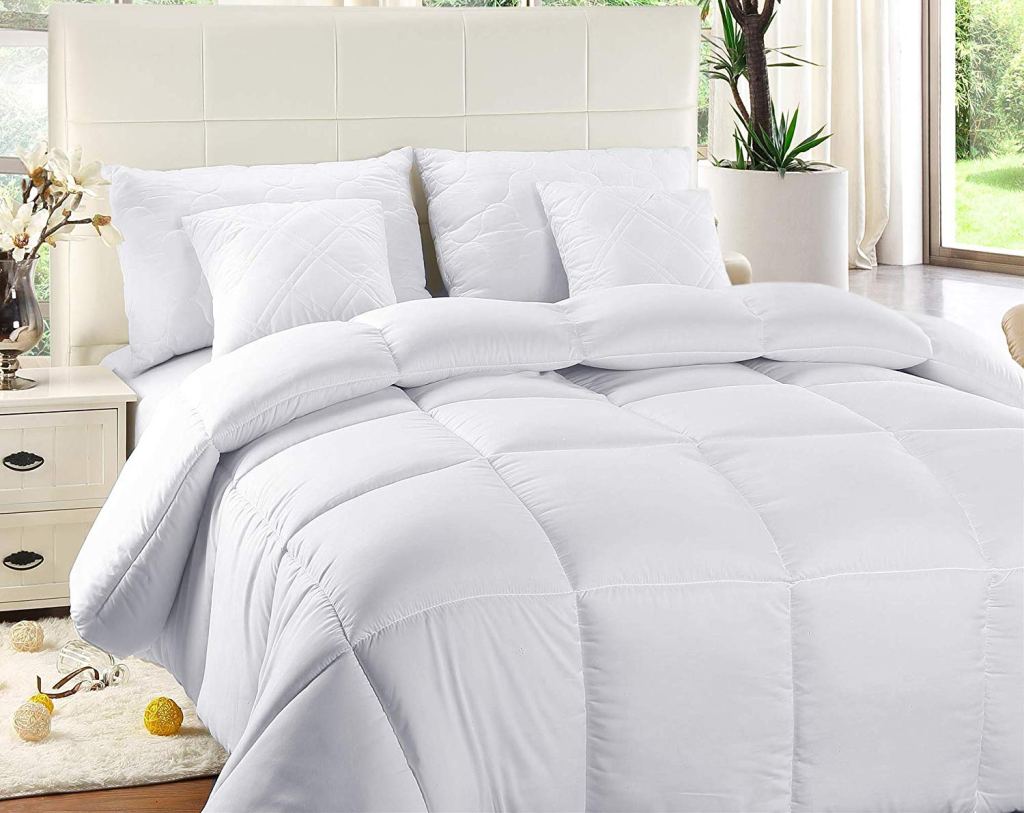 Pros: The hotel-quality set includes two pillow shams, with all three items made from a high-quality microfiber material that is lightweight and double brushed on both sides for a comfortable and cozy finish. The fade, stain and smell resistant set is safe for the washing machine and is wrinkle-free and hypoallergenic. Nestl advertises itself as pet-friendly, with the duvet cover tear and snag-resistant.

Cons: Customers will still need to purchase a duvet insert. 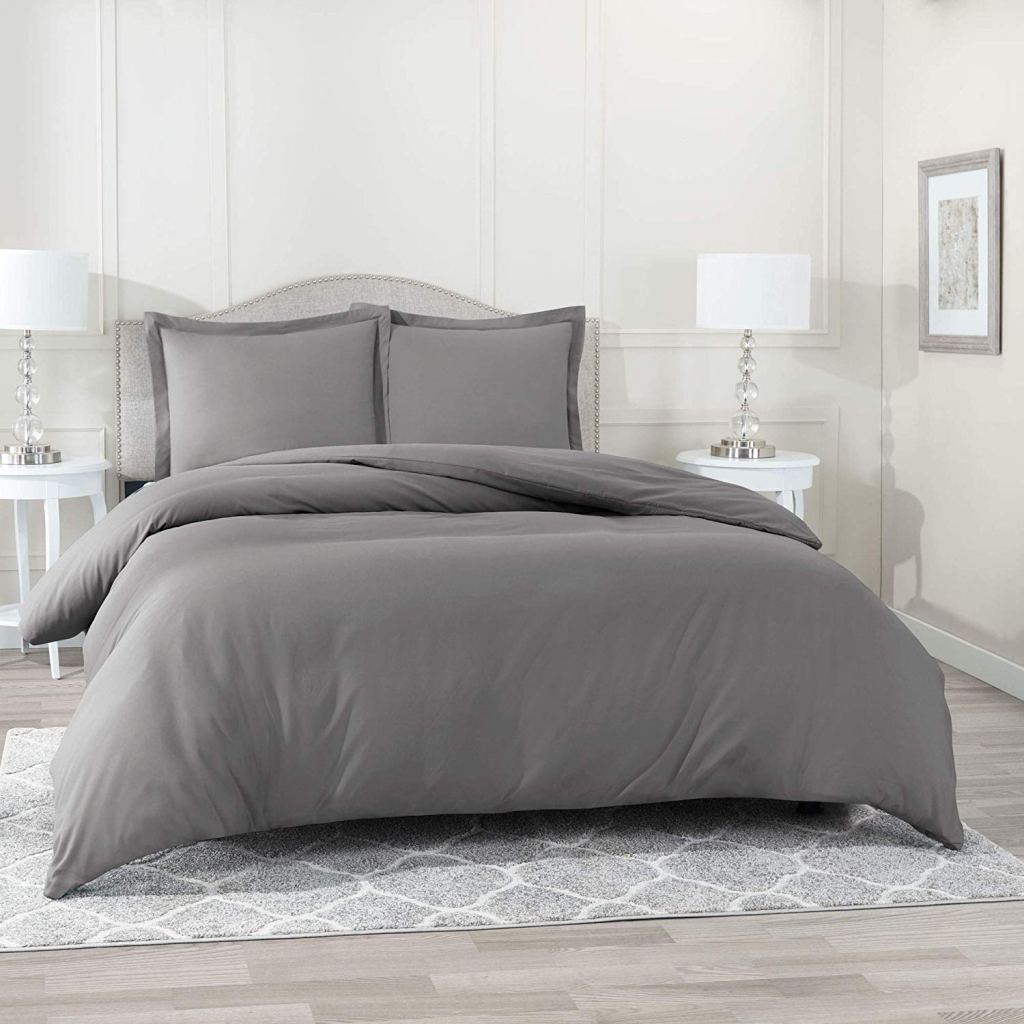