Hours after the Supreme Court struck down a New York state regulation on firearms, bureaucrats at the U.S. Food & Drug Administration ordered JUUL Labs Inc. to stop selling its vaping products in the United States.

As of 2018, an estimated 8.1 million American adults used e-cigarettes, according to the U.S. Centers for Dug Control and Prevention. Many former cigarette smokers have turned to vaping, often in the hopes that these devices cause less harm.

Further, that same 2018 CDC report confirmed that e-cigarettes like JUUL are extremely popular as a smoking cessation aid. “Comparing by cigarette smoking status, adults who quit smoking cigarettes within the past year were the most likely to have ever used [e-cigarettes] (57.3%) and to be current (25.2%) e-cigarette users,” the CDC wrote on its website.

I am among those adults. I used to smoke a pack of Camel cigarettes a day. Yeah, it was stupid. Yeah, it made me smell bad. Sometimes, I make bad choices. It’s not my fault that smoking makes you look cool, and like millions of smokers, I genuinely loved the physical act and ritual of lighting up — the smell of the tobacco, the flick of the lighter, the sensation of the first puff. After almost a decade of hurting my lungs, body, and poor mother with my tobacco use, I switched to JUUL pods, and I’ve never looked back. Until now.

Within hours of the JUUL ban, the bodegas of New York City were fast selling out of JUUL products. Meanwhile, store owners continued to sell alcohol and cigarettes. Even loose cigarettes are widely available.

And, of course, this happened on the same day that the Supreme Court discovered that the constitution absolutely demands that Americans must be allowed to buy whatever guns they want, and bring them wherever they want, the consequences be damned. Apparently, they won’t be happy until we’re all living in a modern-day Wild West. If you want to be safe from mass shootings and random violence, then you better be carrying. You better be ready to draw down and open fire like some kind of drunken sheriff on the frontier, as the Founding Fathers intended. 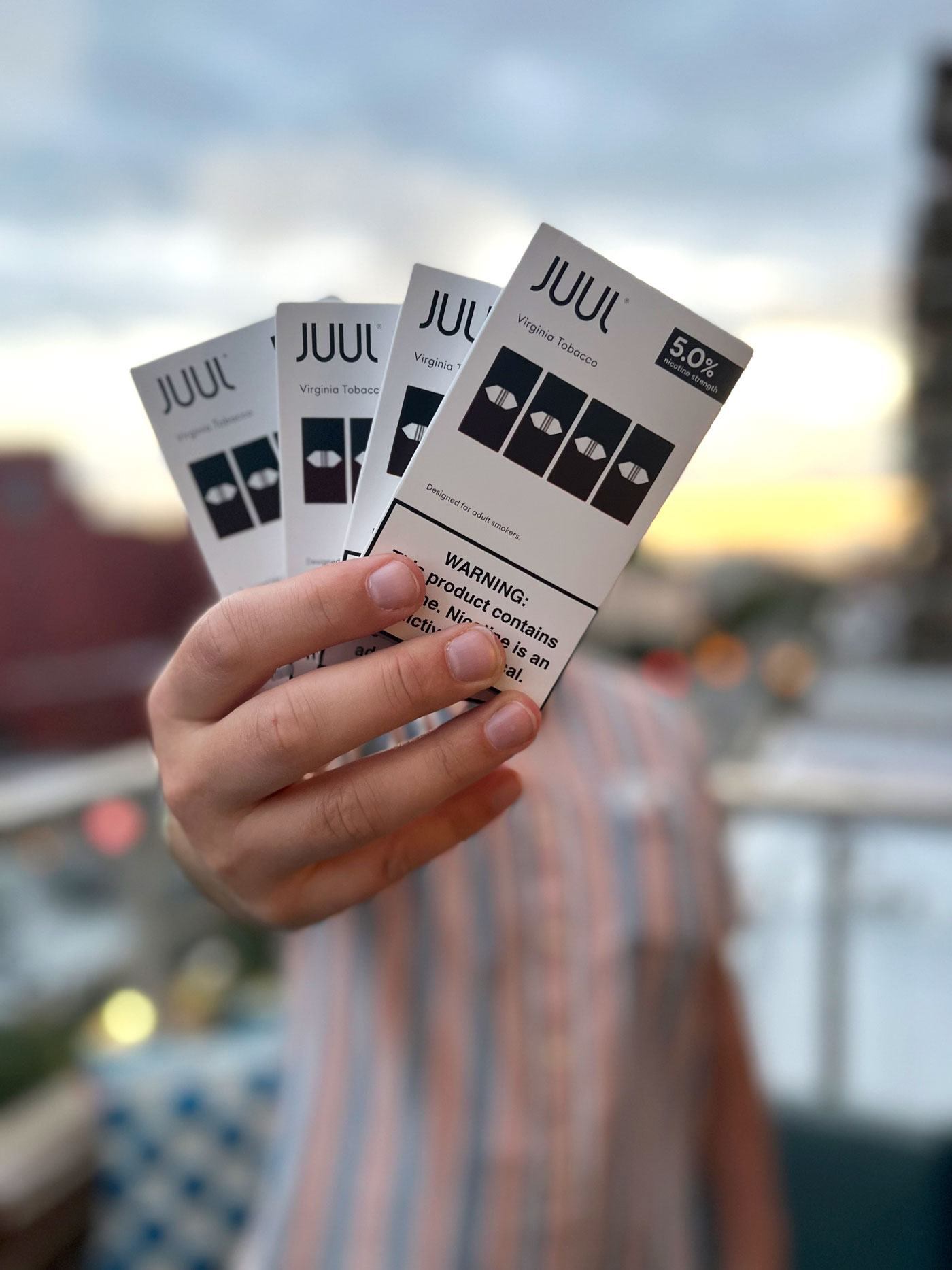 Why has the FDA seen fit to ban JUUL pods? You can blame the teens. A worrying rise in teen vaping has people spooked. Ironically, a number of studies have found that even before the COVID-19 lockdowns, American teenagers were having less sex, drinking less and generally partying less than their Millennial and Gen-X forebears. A little rebellion can be a good thing, but to keep teens from taking up bad habits like vaping, JUUL products are now gone.

The news probably won’t help the Biden administration’s approval rating among young people, which just reached an embarrassing low of 28%. (Vote for us, they said. We’ll make things better, they said.)

The JUUL ban coming so soon after the Supreme Court’s gun decree has left people like me with a sense of political whiplash. Thanks to one political party, my home state can no longer enact gun safety regulations to try and prevent mass shootings. And thanks to the other party, grown-ass adults like myself can’t buy JUUL pods.

It’s like the simulation is just trolling us, at this point.

If it feels like the country is falling apart at the seams, that’s because it is. If it feels like everyone is on edge, it’s because they are. Earlier this week, one of my writers witnessed a man jump to his death. Traumatized, she’s doing her best to keep working so she can afford to pay rent despite soaring inflation and rent. Another fellow I know just had his tires slashed by an irate neighbor. Bad behavior of all kinds is on the rise, mass shootings are a constant, and the world seems to be spiraling inexorably toward calamity.

But if you’re feeling stressed and want to take the edge off, just be sure to reach for hard liquor or cigarettes. Anything but JUUL pods.

How To Stop Smoking E-Cigarettes, According to Experts

This story is an opinion piece by SPY editor Timothy Werth. It does not reflect the views of Penske Media Corporation. Want the latest from SPY.com? Follow us on Twitter, Instagram and Facebook and be the first to hear about new product launches, the latest trends and can’t miss deals you won’t find anywhere else.