SPY Makers is a new conversation series where we sit down with inventors, designers and entrepreneurs to talk about their work. In this story, SPY Assistant Editor Taylor Galla talks to Blake Mycoskie, founder of the footwear brand TOMS.

TOMS Founder Blake Mycoskie had it all back in 2014. That’s the year he sold half of his company for hundreds of millions of dollars. He had successfully turned TOMS into a global phenomenon and beloved footwear brand, and he had done it by giving away millions of shoes to people in need. He also had a wife and a budding family.

Basically, he had reached several key life milestones that he had always assumed would make him the happiest guy in the world.

And yet, he was unfulfilled and completely burnt out.

By the beginning of 2016, he started feeling a lack of purpose in his life due to the missing work that TOMS, his soul-founded project, had given him. He came to realize that through the creation of a successful business, he had completely neglected his physical and mental wellbeing in ways that were catching up to him. Ultimately, that led him to create a new project, Madefor.

Madefor is “a simple ten-month program that harnesses the proven power of neuroscience to elevate your mental and physical baselines.” There are a lot of corporate coaching programs and self-help books, but Mycoskie wanted to offer something that could address the mental health epidemic of the 21st century. So what makes the Madefor coaching program so strange? First of all, it’s not an app like so many similar habit coaching programs. On top of that, Mycoskie really does seem more concerned with helping you build better habits than he is with making his next million.

SPY got a chance to sit down with Mycoskie to discuss his new project and the ways in which TOMS informed his decisions in creating Madefor. The founder of TOMS had a straightforward message to share: money won’t make you happy.

“[I had] entered this unique stage two where I also recognized that everything I had set out to do in my life that I set goals around because I thought it would bring me a sense of fulfillment I had accomplished. I had built this very big company, helped millions of kids around the world, made hundreds of millions of dollars myself, got married, had kids I mean the whole thing. What was so disheartening was that I didn’t feel any more fulfilled than when I had no money and was living on a sailboat by myself.”

Mycoskie told us that in the pursuit of wealth and career success, many people neglect their mental and physical health. The Madefor program is designed to help people develop better habits for success.

Mycoskie believes that Madefor is another service-oriented project. He wants to help the world combat a major problem — taking care of our mental health whilst existing in a modern society filled with distraction, digital overload and an addiction to work.

Madefor wants to help people implement positive habits and effective recovery tools into their life, and then reap the benefits of these habits. 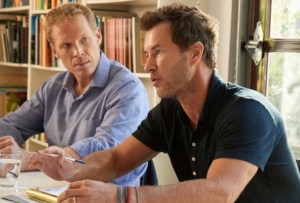 “So I think that this is as big if not bigger than a mission than TOMS because if we can help people with their mental health on the front end then there will be less people on antidepressants and lower suicide rates. Getting ahead of it is what Madefor is all about.”

The central question and namesake of the business is simply this: what were you made for?

Madefor is a 10-month coaching program aimed at giving people the tools and foundational practices to support a fulfilling life of success and resilience, without sacrificing health.

“[Because of TOMS] I had the resources and the relationships to get access to some of the best minds around mental health and physical wellbeing. I started meeting with different scientists, specifically a neuroscientist at Stanford named Andrew Huberman and a psychiatrist who’s written many books at Harvard. I started asking — ‘What are the things that the people who are really flourishing, the people who are living a life that’s vibrant and full — what are they doing that I haven’t been doing?’

“What I found is that economic ability, like everyone says money can’t buy happiness, science really showed that. It wasn’t about external accomplishments or finances that was leading people to live in a high state of wellbeing, but it was these small practices that they consistently did over time.”

His partner and co-founder Pat Dossett is a former Navy SEAL who got his MBA from Wharton and went on to work at Google. He, too, found himself lacking a purpose in life. They met through mutual friends and decided to put their interests and resources together to solve the problem of what creates fulfillment, and how to incorporate it into busy, everyday lives. 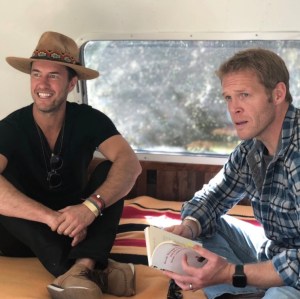 “So we spent a whole year, without really any business plan in place but for our own knowledge, to meet the top scientists around the world that could help us understand what are the practices and habits that kind of could not just help us but help all people who are dealing with the challenges of modern living.”

“So, over a year we found ten practices that when really integrated into your life could make a huge difference.”

What are those practices exactly?

The program leads you through the 10 months by sending a box each month with a packet of information on the science behind that specific practice. The boxes also include physical tools you can use to practice new habits and make them a part of your everyday life. 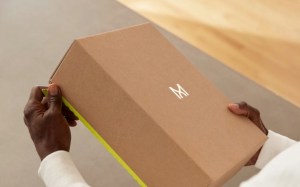 Mycoskie explained how “once I experienced how simple these practices were and really how anyone could learn them, that’s when I really wanted to create a business just like TOMS to help people. So we came up with a way to teach people through the Madefor program a different habit every month for 10 months, and then once you’re done with the 10 months you’re done, and you have the baseline and fundamentals to live your best life.”

Unlike most self-help and coaching programs, Mycoskie told us that Madefor has been thoroughly vetted, researched and backed by scientists.

We also asked Mycoskie who they made the program for. Essentially, who is MadeFor made for?

He explained that they aren’t focused on a particular demographic, but rather a “psychographic.”

“So the psychographic is more someone who has frankly gotten beat up a little bit by life, which is a lot of us. Someone who has realized that they’re not living in the state of wellbeing that they imagined they would be at this stage in their life — and that could be at 25 or 65.”

“The battle we’re fighting is the battle against modern living. Modern living unfortunately has given us a lot of technology and a lot of convenience, but it has robbed us of that connection to our internal self and to the relationships that are the most important to us.”

It’s important to note that Madefor does not incorporate a digital component at all; there’s no app or website you need to visit to track your progress — it’s all analog. Why? They wanted to eliminate the digital distractions that we’re bombarded with on a daily basis. 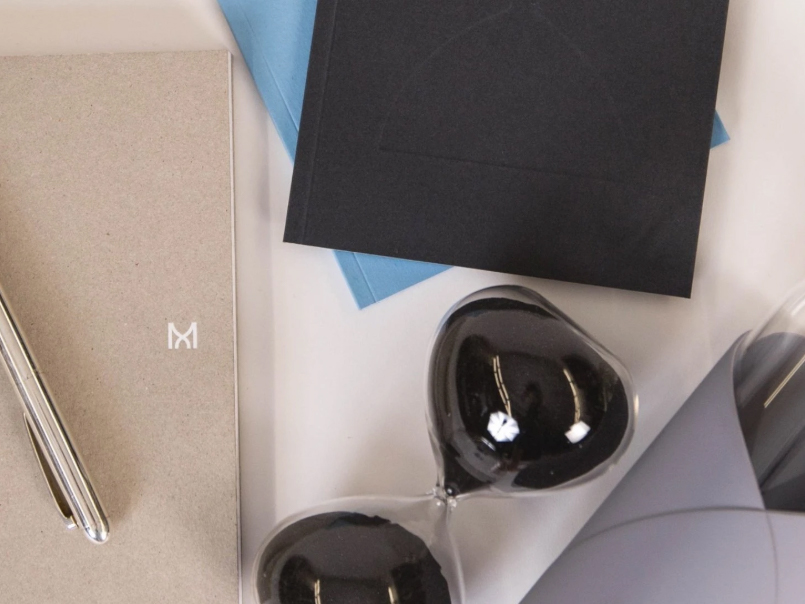 The program currently costs $750 for the whole year, if making a one-time payment. There are also monthly payment plans available starting at $95 per month. You can also team up with an accountability buddy and each pay $550.

In addition to those options, they’ve also got a robust scholarship program available, since they want MadeFor to be available and accessible to as many people as possible. It’s called “MadeFor Everyone” and has been used by many of their users.

“Our goal is to help you answer the question ‘what are you made for?’ and that’s why the name’s MadeFor and also to help you be the person that can achieve anything, and that really is largely connected to what you want to do with your life, through what you learn through the program.”

Ready to make seismic shifts through small daily rituals? Take back control? Find out what you’re MadeFor? You can learn more about the program and sign up for the next class on the MadeFor website.

The Best Meditation Cushions to Set Your Zen at Home

Some quotes in this article have been lightly edited for clarity and grammar.