Monkeypox. We’re sure you’ve heard of it by now. It’s been all over the news this past summer, essentially acting as the illness replacing COVID-19 headlines for the very first time since it began.

According to the CDC, monkeypox is sort of like smallpox but milder. It visualizes itself as a rash typically located around the genitals but might spread to the face, hands, chest, mouth and feet. These rashes are said to be extremely painful and can scar post-infection. Other symptoms include fever, chills, swollen lymph nodes and more.

Unlike COVID-19, monkeypox is rarely deadly. Recently, it is said that the first death in the United States that might have been from monkeypox occurred in Texas, but this infected individual had a severely compromised immune system. That said, we’re still unsure whether or not monkeypox played a role in the person’s passing.

Monkeypox is something you do not want, but that’s easier said than done today. Sure, there may be vaccines, but there is a current monkeypox vaccine shortage. But even if you want that vaccine and it’s readily available in your area, you might not be able to get it.

Because, for the most part, you need to be a man that has sex with other men. 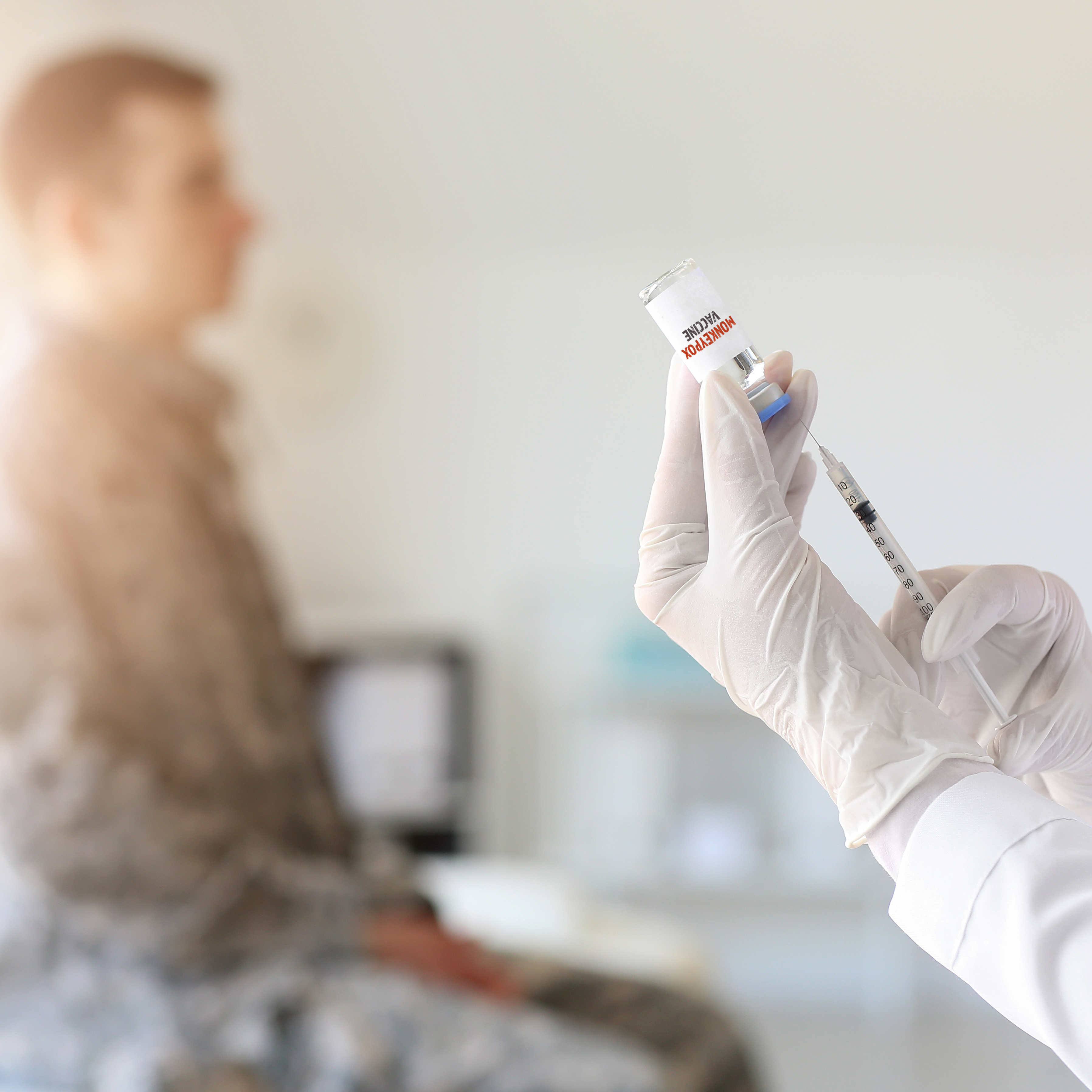 Who Can Get the Monkeypox Vaccine?

In most circumstances, the only people from state to state eligible to receive the monkeypox vaccine are people over the age of 18 who fit these qualifying factors:

While these are specifically the current musts to receive the monkeypox vaccine in the state of New York, it’s more or less the same in every other state offering the vaccine.

In addition, you can get the vaccine if the Health Department has informed you that you’ve been in close contact with somebody who has or had monkeypox. That being said, if you’re a cis-gendered woman not participating in risky sex, you are likely not eligible for the vaccine.

My Experience Booking the Monkeypox Vaccine

I would consider myself a hypochondriac. I made my appointment to get vaccinated for COVID-19 the second it became available back in 2021, so I did the same with monkeypox. Luckily, I’m a man who has sex with other men, so I was eligible.

Initially, the only information I could get regarding monkeypox vaccinations was solely through word of mouth and Instagram Stories. I could find no info online whatsoever regarding vaccination; I was only being given information through chatting with others looking to get the vaccination. Strangers on dating apps such as the gay dating app Grindr and the less-gay Tinder were extremely helpful, too. It seemed that in the beginning, vaccine info was solely given from folks in non-medical professions helping other folks in non-medical professions.

This, to be blunt, was annoying. I wish information were more readily available online from legitimate sources for my peace of mind, but I am thankful to everyone who led me in the right direction. 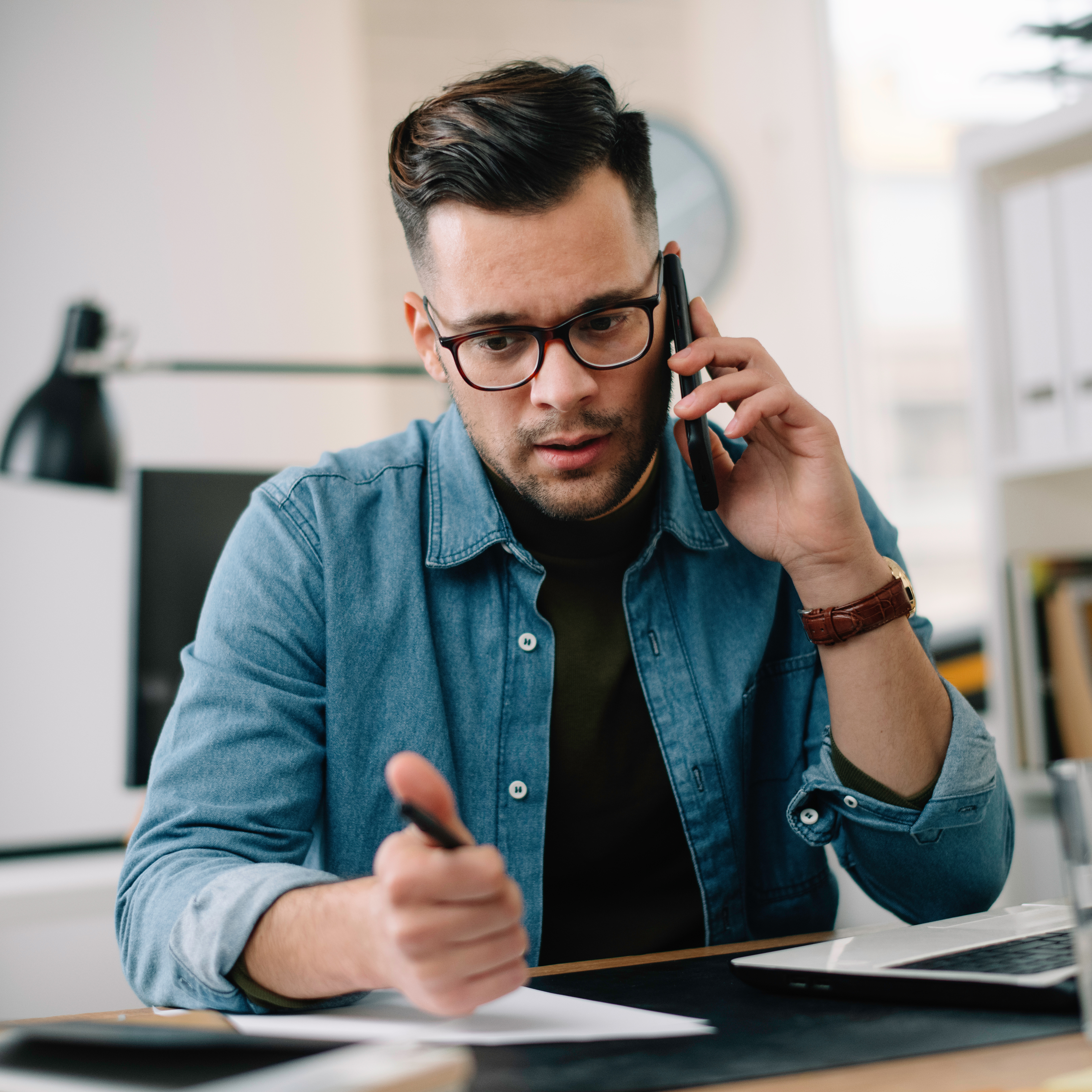 I was able to book an appointment with Howard Brown Health Center in Chicago in the beginning of July. My initial phone call regarding the monkeypox vaccine put me on a waitlist for three days before I could schedule my appointment. When I finally got the call, I could plan my first dose in advance. How far in advance? Well, their first available appointment was August 31. Essentially two months after I scheduled it.

On the phone, I was asked a load of personal questions to ensure I was the right demographic to receive the vaccine. Specifically, when the person taking down my information asked if I was a man that had sex with other men, and I replied yes, I was told, “Good, that’s what we were looking for.”

In addition, I found out that Howard Brown was not allowing anyone living outside of Chicago to receive the vaccine. If you were visiting from out of town or even a college student up at Northwestern University in Evanston, a mere few miles from Chicago, you could not get the vaccine at Howard Brown. This, in my eyes, made the process of receiving the vaccine harder than it had to be.

While waiting, I was given more information from friends regarding monkeypox vaccine pop-ups at gay bars, saunas and the side of the road. Still, I figured I would wait until the end of August instead of wasting a whole day in line, which would probably have forced me to take off a day of work. Therefore, after setting my date, I abstained from sex and waited for August 31.

My Experience Receiving the Monkeypox Vaccine

The injection was the simplest part of the process. I went to my appointment, walked to this strange trailer in the back of the facility, waited my turn to get inside and got the jab from a very sweet woman. I learned that the form of the monkeypox vaccine I was receiving was called “JYNNEOS” and was to be given intradermally, meaning it would be injected between layers of the skin. This is because there are a lot of immune-producing cells in the area, so they would have to use less of the vaccine due to the current shortage.

I was told by the woman injecting me that I would see a small bubble under the skin after the shot that would go down over the course of the day. Then I was told to book my follow-up vaccine for 28 days after (which I’ve still yet to do, I promise I will soon), and that would be that.

But here’s the ugly part: I did get a side effect after my monkeypox vaccine. 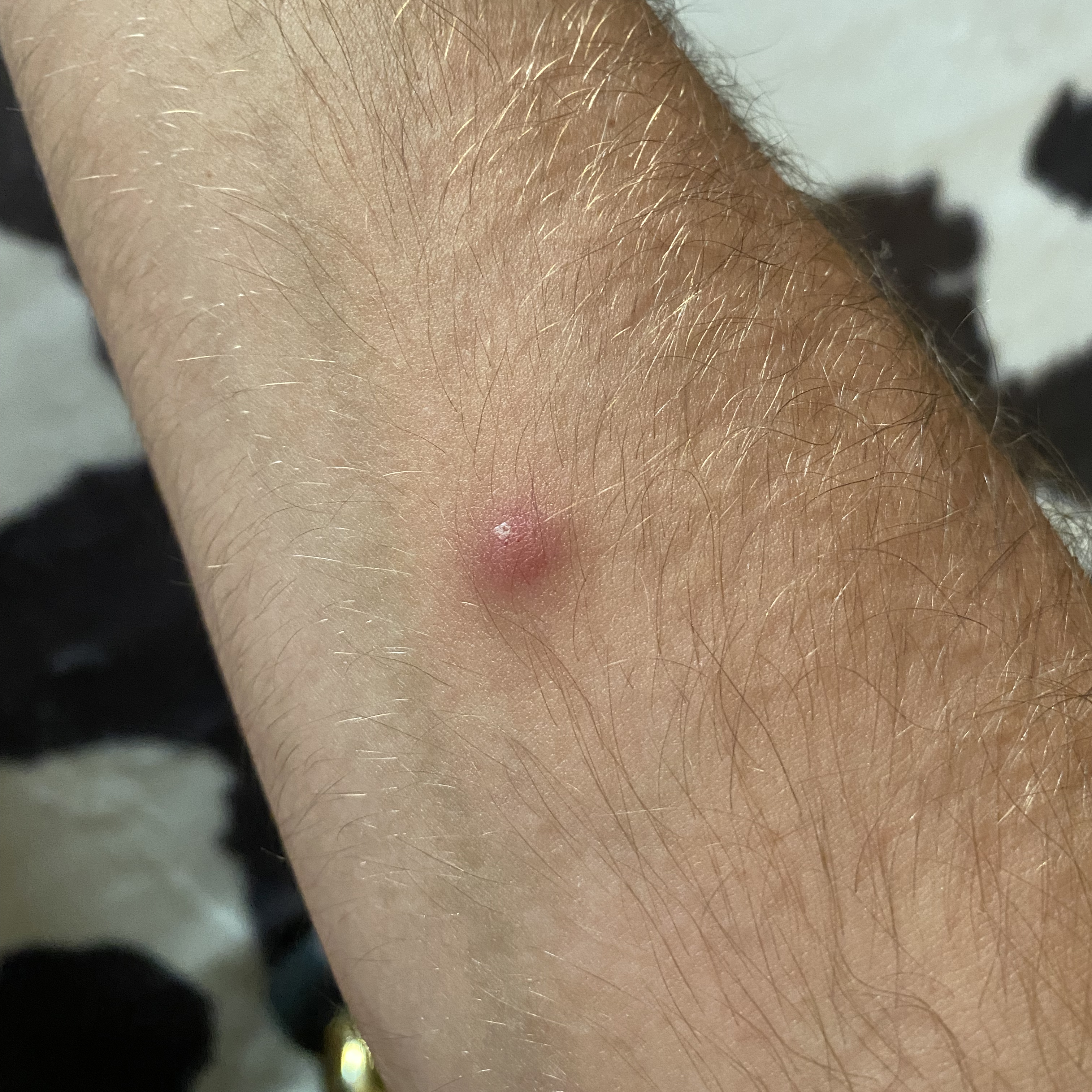 Tyler’s side effects from the monkeypox vaccine. Tyler Schoeber | SPY

In the same spot I received the vaccine, a small red lump appeared after the small bubble began to disappear. I’ve heard online that this is a common side effect and should be nothing to worry about, but visually speaking, it isn’t the cutest thing. It does itch and is slightly hard to the touch, but other folks I’ve talked to about it say that should disappear in a few weeks. Which, sadly, is a while.

That said, I just wanted to give our readers some knowledge about what to expect if they receive the monkeypox vaccine. And if you can receive it, I suggest you do. Vax up, folks. Let’s actually get rid of this one like we didn’t with the last.

Let’s Get It On: The Best Sex Toys for Gay, Bi & Queer Men