The high you get from marijuana is due to a single cannabinoid called Delta-9 tetrahydrocannabinol, or THC. That’s the primary psychoactive ingredient in weed, as well as the primary target of regulators seeking to control its use. But the marijuana plant contains many superpowers, and getting you super high is just one of them.

There are actually more than 140 cannabinoids with varying degrees of psychoactivity, and because federal drug laws only target Delta-9, so-called “cannapreneurs” are turning to the pot-pourri of other molecules found in the marijuana plant. Among them is CBD, which has enjoyed explosive growth since 2019, finding its way into everything from ice cream to CBD oils and CBD pet products.

Add Comment
8 People Commenting
Timothy Beck Werth
2 years
We're just a publisher - we don't sell anything ourselves. One of the companies we featured in...
deanna hughes
2 years
My doctor offered me the CBD oil but it was so expensive that I couldn't afford it...
Delta 8 Near
2 years
Slowly but surely its gonna be a legal weed country soon

Another popular cannabinoid is Delta-8 THC. Like CBD, Delta-8 exists in small quantities in every marijuana plant. It can be vaped, cooked into edibles, absorbed under the tongue or sprayed onto hemp flower and smoked. You can order it online or buy it in hemp shops in most states. Even some gas stations sell the stuff — a strange sight in states like Georgia or New York, where marijuana laws are still highly restrictive.

Add Comment
8 People Commenting
Timothy Beck Werth
2 years
We’re just a publisher – we don’t sell anything ourselves. One of the companies we featured in…
deanna hughes
2 years
My doctor offered me the CBD oil but it was so expensive that I couldn’t afford it…
Delta 8 Near
2 years
Slowly but surely its gonna be a legal weed country soon

Fans of Delta-8 say it delivers a high that’s similar to Delta-9 THC but without the anxiety or paranoia that pot users sometimes experience. They describe it as being more physical and less mental, while others say it offers just a mild buzz. A few go a step further and credit Delta-8 with soothing their anxiety or depression. As with most psychoactive substances, it really depends on the user.

“The way we see people describe it is it’s the perfect balance between CBD and Delta-9,” says Justin Journay, CEO of 3Chi.

Journey’s company was one of the first to produce and sell Delta-8 back in 2019, a time when cannabis startups were searching for new and legal extracts in a plant that contains untold secrets.

The novel extract owes its budding popularity to the 2018 Farm Bill, the same legislation that precipitated the CBD gold rush. In 2018, Congress passed a sweeping agricultural reform bill that reversed a decades-long ban on hemp, which is defined as cannabis containing less than 0.3% Delta-9 THC. The bill also allowed for the sale and distribution of any and all hemp derivatives apart from Delta-9. 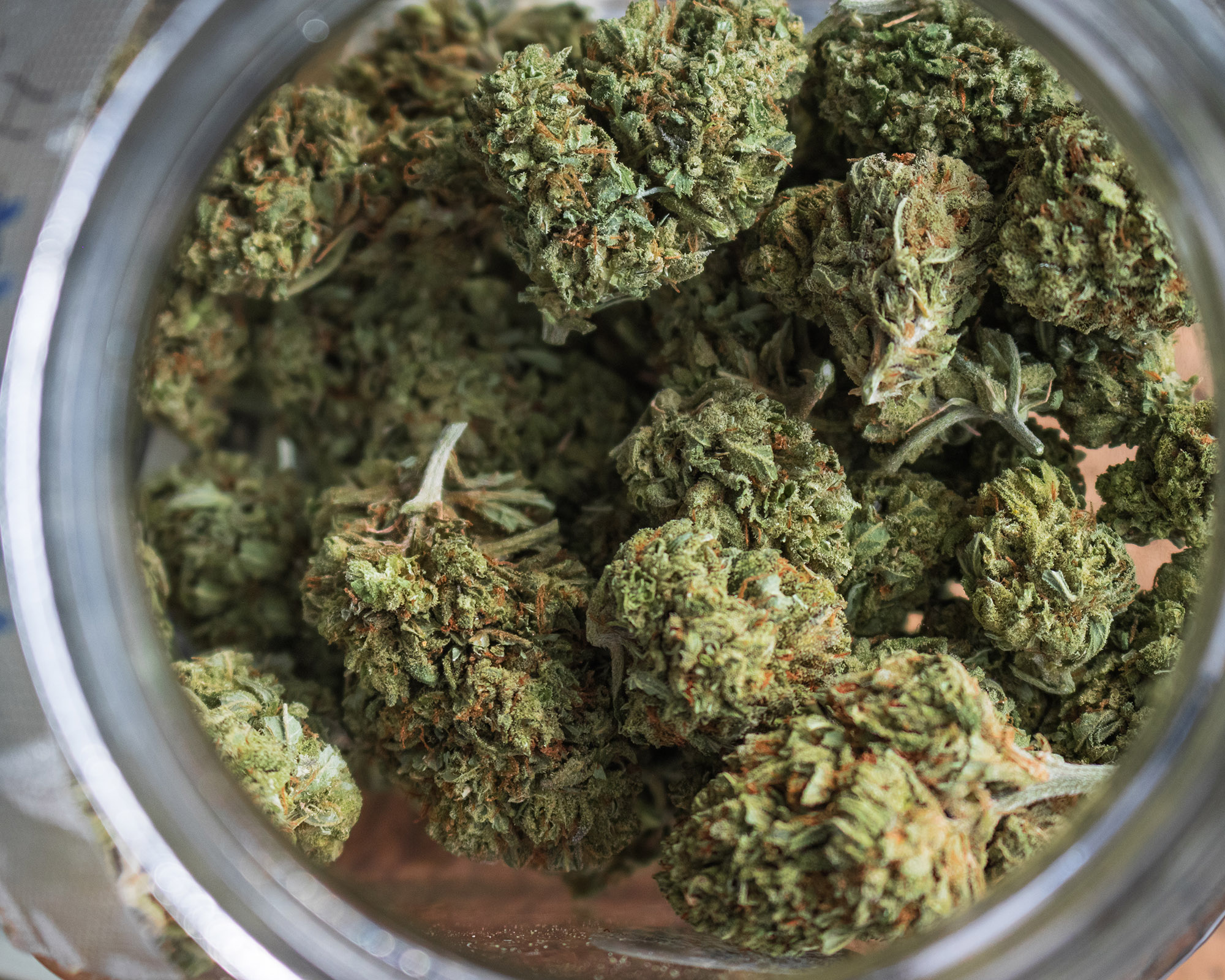 3Chi was one of many companies to dive into this newly legal market, researching some of the lesser-known cannabis molecules like CBC, CBG, CBN and THCv. The goal was to parse out the so-called “entourage effect,” which theorizes a synergistic relationship between all cannabinoids.

“We focused on the minor cannabinoids,” Journey says, referring to those molecules that exist naturally in cannabis but at vanishingly small concentrations. “We could utilize them in different amounts to bring about certain desired effects based on what it is you’re trying to achieve.”

The real eureka moment came when they extracted Delta-8, which is molecularly similar to CBD. The main difference, as far as anyone could tell, was in how it makes you feel.

“At first everybody looked at it as this inferior Delta-9 thing,” Journey says. “But to us it was a treasure. It didn’t have the same levels of anxiety or paranoia, addiction, or anything that you often saw with marijuana.”

Sales boomed, and now a dozen other companies are making and selling Delta-8 THC products. In 2021, it’s the fastest growing product in the hemp industry, according to a recent report in The New York Times.

But there’s a catch. While the chemistry behind Delta-8 is not very complicated, it is far more expensive than simply growing and cultivating a marijuana plant.

The 2018 Farm Bill only regulates hemp by the amount of Delta-9 THC it contains. Delta-8 and CBD, by virtue of omission, are thus unregulated. However, synthetically derived THC remains a controlled substance. So if the DEA decides Delta-8 is synthetically derived, it can and likely will prosecute the distributors of it.

Sellers are understandably keen to argue that their product is a natural derivative, and at least one lawsuit has been filed to help settle the legal dispute. Under the current DEA guidance, it seems that so long as Delta-8 is extracted from hemp, rather than synthesized in a lab, it most likely meets the legal definition of hemp.

To make matters even more complicated, Delta-8 and Delta-9 are so closely related that some lab tests can’t even tell the difference, according to Andrea Steel, co-chair of the cannabis business group at the law firm Coats Rose. Steele recently told The New York Times that when hemp companies are trying to isolate Delta-8 from hemp, it’s very difficult to fully remove all traces of Delta-9 THC. That means it’s possible some Delta-8 products actually do contain some amount of Delta-9 THC, too.

“It really shouldn’t be considered a synthetic cannabinoid because it is an isomer of hemp,” says Manos Lupassakis, owner of Hemp Lab NYC, which offers a cafe-like Delta-8 experience for customers at its Brooklyn locations. “It’s derived from an extract of hemp, it’s never made with a synthetic precursor, and it’s naturally occurring in nature.”

Just the threat of DEA intervention is enough to keep sellers on their toes. 3Chi, for example, does not ship to states where Delta-8 has been banned, which confusingly includes several states that have legalized weed for recreational use, such as Colorado.

Despite the legal hurdles, fans of Delta-8 are optimistic about its future, even if marijuana is eventually legalized.

Peter Ingram, owner of a dispensary in Portland, Maine, a state where weed is recreationally legal, says he’s seen a wave of customers come into his store asking about Delta-8, as well as some “converts” who prefer the clearer high.

Lupassakis, meanwhile, sees Delta-8 as a sort of transition.

“I believe Delta-8 is the final step before federal de-scheduling of marijuana,” he says. “It’s pretty much setting up anybody in the industry to be prepared for a full legalization of marijuana.”

Even the politicians are beginning to see the light. Journay describes conversations he has had with elected representatives who are more receptive than they’ve ever been to the idea of legalization.

“We have been in talks with politicians throughout this journey because we want to do it right,” he says. “If you go back just a decade ago it wasn’t like that. It’s a different scenario now.”

So where can you buy Delta-8?

There are currently 11 states that explicitly prohibit the sale of Delta-8 THC: Alaska, Arizona, Arkansas, Colorado, Delaware, Idaho, Iowa, Mississippi, Montana, Rhode Island and Utah. If you live in one of those states, you likely won’t be able to get a Delta-8 product shipped to you legally. If you don’t live in those states, there are a few types of Delta-8 products for sale.

If you’re familiar with vaping, then a Delta-8 vape cartridge might be a good place to start. One of the nice things about vaping is that you’re not locked into a dose like you are with an edible. Dosing is important with any substance, and the novelty of Delta-8 makes finding the right dose a bit more challenging. Of course, if you go the vape route, you’ll need a vape pen as well, so the expenses start to stack up quickly. 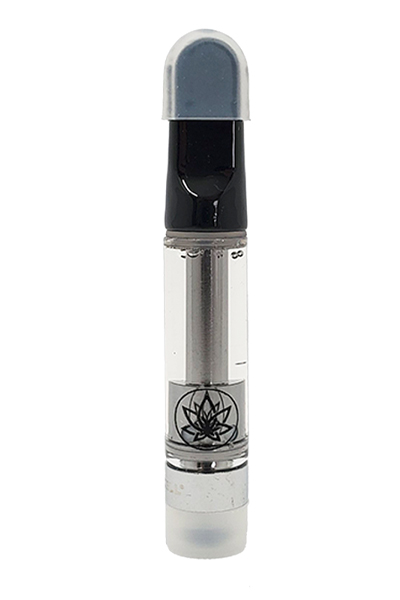 Tinctures are popular among users who don’t like to vape but enjoy the rapid onset it delivers. Tincture oils are administered sublingually (below the tongue) and are absorbed more quickly than edibles, with effects appearing within an hour. Usually, just a drop or two is all that’s needed for a full-body high. Most Delta-8 tinctures include a spectrum of cannabinoids with a high concentration of Delta-8. These oils include natural hemp oil alongside purified Delta-8. 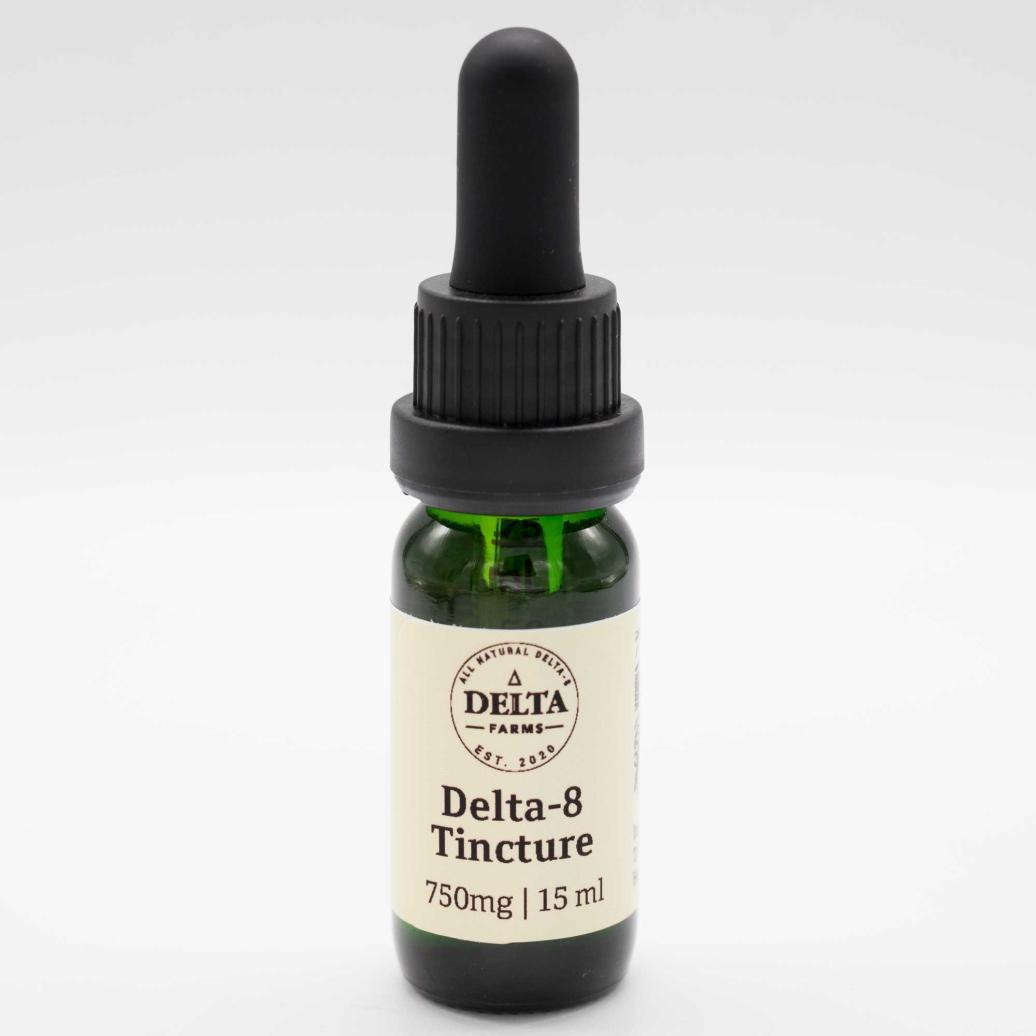 Edibles tend to be more potent and longer-lasting than vape oil or tinctures. Fans of edibles appreciate that the doses are more consistent and controllable. The downside is that the onset of effects can vary greatly, and if you end up taking too much there’s not much you can do but wait it out. But that’s another reason why Delta-8 is so popular: High doses are more mild and less intense than traditional marijuana edibles. 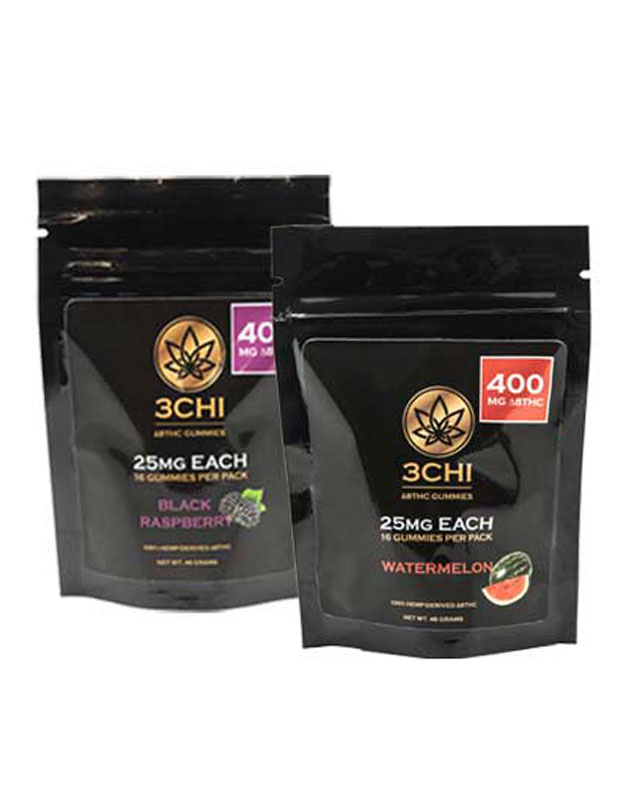 For a more “authentic” experience, there’s Delta-8 flower. This isn’t kine bud; it’s hemp flower. Despite its weed-like appearance, these types of “flower” products are actually hemp flowers that have been sprayed with Delta-8 concentrate (and thus contain less than 0.3% Delta-9). It can be smoked just like traditional marijuana bud for a full-bodied Delta-8 high. 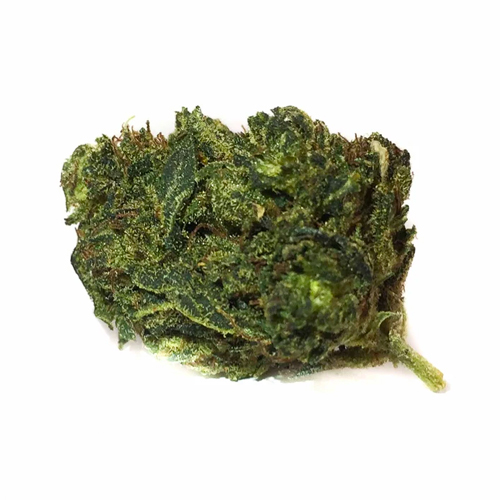