The weather is getting colder, summer is fading into fall and it’s time for our leisurely activities to shift indoors. Chilly days and blustery nights means diving into a brand new cookbook and exploring new recipes, picking up a new hobby or playing a new board game. As many of us probably discovered during quarantine, board games are an excellent way to pass the time. There’s nothing better on a chilly, blustery Friday night than a few glasses of red wine and a board game, whether it’s with a bunch of friends or just you and your partner.

The typical image of a board game night is a large group of people. Don’t get us wrong, we love a good raucous night of competition with friends. However, sometimes the best games are played between just a few people, even two. Whether it’s you and a friend, your roommate or your significant other — the competition can heat up just as quickly between two teams as it can two people, and sometimes it’s even hotter with someone who knows exactly how to push your buttons. 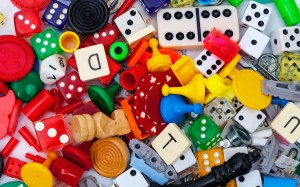 The Best 2 Person Board Games

We’ve gathered together some of our favorite 2 person board games for spicing up a chill evening this fall. We’ve included games that are meant for just two people, as well as games that can be played with more but are just as fun with a duo. We’ve divided them up into three main categories: board games, card games and experiential games.

The included board games range in difficulty from beginner to advanced, and the card games are decks designed for a specific card game, rather than games that can be played with a neutral deck of cards. The experiential games are curated experiences like murder mystery cases and escape rooms, designed to shake up the standard board game and give you a puzzle to solve together. Paired with a few cocktails and game snacks, all of them would make for an excellent evening. Here are the best 2 person board games to play this fall and winter.

This 2-person version of the popular board game Codenames is great for couples or friends who want to play without a larger group around. In this version, you work together to find all your agents and avoid the enemy assassins before your communal turns run out. Your partner knows who is safe for you to contact, and you know the same for them, and you give each other clues to help identify which agents need saving. It’s just as entertaining as the original group game, and is perfect for a duo. 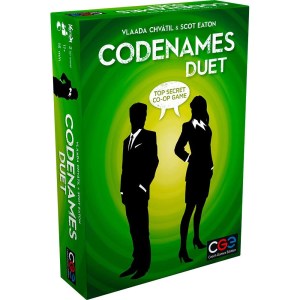 Sequence is a game I frequently play with my partner and family members. It’s made for up 12 players, as you can work in teams, but it’s best played between two individuals because the game is longer and far more strategic. It’s also very easy to learn, the board game is two decks of cards laid out and you’re trying to create two lines of five chips in a row using the cards in your hand. You can block, steal, remove and use wild card Jacks to create your sequences, and the first to two wins. 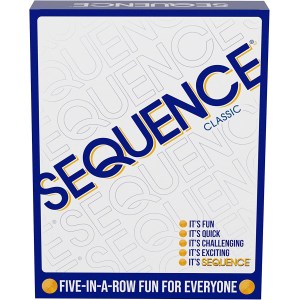 First of all, be warned. This game is complicated, and not for the faint of heart. There are a lot of rules and many moving pieces, but once you get it down it’s a great immersive game to play with two people on a chill night in. You’re trying to build the largest castle complex possible, and there are many ways to get there, including goods, workers, silverlings and more. If you’re looking for a game that’ll take you a full night to learn, master and play, this is it. 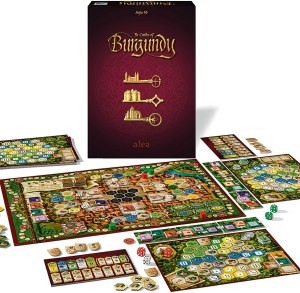 This is another board game during which you’re playing together, trying to beat the game, rather than win against one another. You’re up against 2-4 monsters of your choosing, including Frankenstein, Dracula, the bride of Frankenstein, the Wolfman, the Mummy, the Invisible Man and the creature from the black Lagoon. You’ve got a persona with a specific skillset and tools at your disposal. The objective? Defeat all the monsters and remove them from the board before your time runs out. 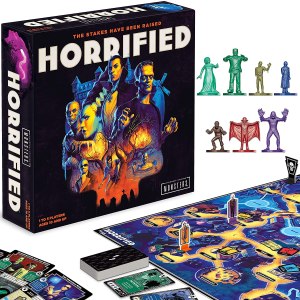 This game might hit a little too close to home at the moment, but Pandemic is another great strategy board game where you play against the game on the same team. You’re trying to eradicate a disease before it overwhelms the world, and must use your individual character’s skillset to get there. You’re a part of a team of specialists who must find a cure and disperse it before it’s too late. Little too on the nose? Sure. But if you can mentally disassociate it’s a pretty fun game. 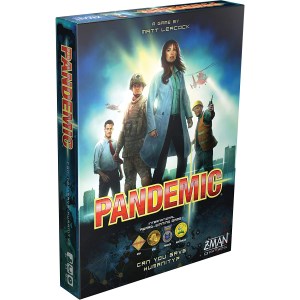 This is not a game I have personally played, but it’s highly rated as a two person game that’s quick in length and punchy strategically. You’ve got patches of cloth and leather lying around, and your objective is to piece together the most beautiful quilt in the least amount of time, using the least number of buttons. Whoever accomplishes this task, and has the most number of buttons at the end, wins. Quaint? Yes. But who doesn’t love something wholesome that sparks competition. 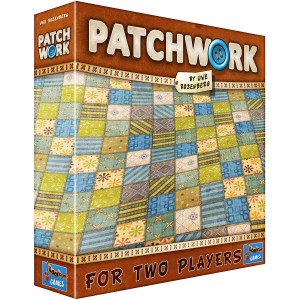 This game first hit the market during the pandemic and quickly became super popular, both for its unassuming premise and the complicated strategy involved in winning. This game is perfect for bird enthusiasts or those who love to look at something beautiful, as it helps accomplish both of those tasks. You’ve got three unique habitats to fill up with as many birds as possible, each of which require a different combination of food. You lay eggs, draw cards, roll dice and learn facts about the natural world throughout the 40-70 minutes. It’s for 1-5 players, but it goes faster with just two. 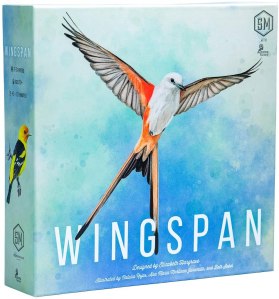 Alright, I’ll admit this is more of a group board game, but it’s super fun with two people and a classic game every couple or set of roommates should have in their cupboard. In this cross-country train adventure you draw train routes and try to build as many of them as possible. The longer the routes, the more points you’ll earn, but you’ve got to be strategic! You’ve got a set amount of time and number of trains to accomplish your goal. Choo choo! 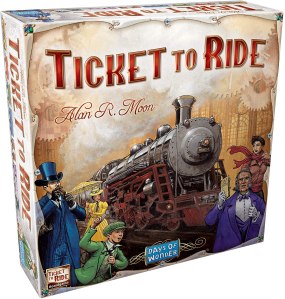 Ticket to Ride Board Game

This highly rated strategic board game for 2-5 players takes place in Astoria, a land busy with growth and possibility. You and your opponents (a.k.a tycoons) are trying to corner the market and build your own business empires as fast and effectively as possible. It’s basically Ticket to Ride combined with Settlers of Catan, and works really well with two people. 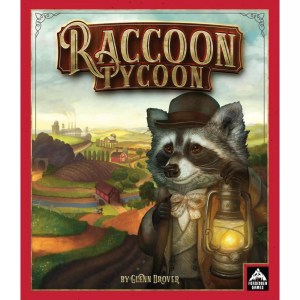 This fast-moving card game is made for up to four people, but works very well with two. It’s quick to learn but hard to get very good at and is a great game for mixing in a few rounds before bed. Each player has their own deck of forty cards of a certain color and you’re trying to get rid of all the cards in your “Blitz” pile the fastest. It’s easy to learn and the rounds go by quickly, so you’re not committing to an hour plus of gaming every time you sit down to play. 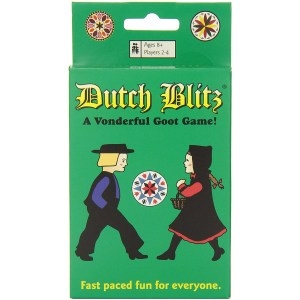 This card game is made for 2-5 players but works super well with just two. The objective? Avoid the “Exploding Kittens” cards that are hidden throughout the deck. It’s super beginner friendly, so there’s not a ton to learn before you’ll catch onto this game, and the rounds also go by quickly. There’s strategy, intrigue, and a Russian Roulette-style risk component that’ll keep you and your gaming partner hooked. 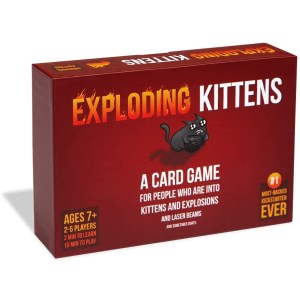 This card game is designed for two players, and entails quick 10-minute battle rounds filled with memory, strategy and deception. The objective is to uncover the other player’s crown card before they do yours. The game doesn’t take up too much space, which makes it portable and perfect for bringing to a brewery or coffee shop, and there are optional expansion packs you can purchase to add to the fun. 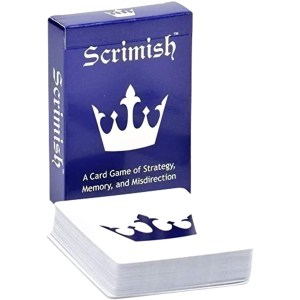 I Should Have Known That! Trivia Game

This deck of trivia cards is a game you can play with 2+ people, and easily bring with you anywhere you go. The addicting trivia game comes with over 400 questions, and every wrong answer results in a subtracted point! Be prepared to learn how much you know, and how much you should’ve learned about the world by now. 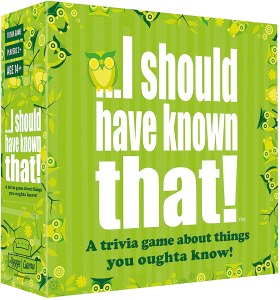 I Should Have Known That! Trivia Game

Pando: The Trivia Game About Us

This game is really meant to be a trivia game played by a larger group, where you answer questions about your friends. However, I play this with my partner all the time and answer questions about each other, it’s very fun. The first person to get to 10 cards wins! It’s a great quick bonding moment after dinner or during a slow weekend afternoon. I highly recommend it for any number of players looking to learn more about each other. 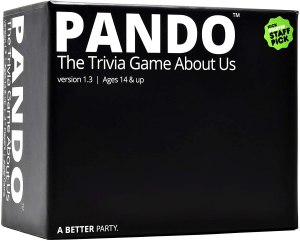 Pando: The Trivia Game About Us

Hunt a Killer is a subscription you can sign up for to receive an envelope each month with a set of clues for solving a murder mystery. Each envelope includes clues that need deciphering, evidence and other elements of a captivating case you can solve alone or with a partner. They offer a variety of plans depending on how often you want to play, and your challenge will get delivered to your doorstep every month. Can you say unique date night? 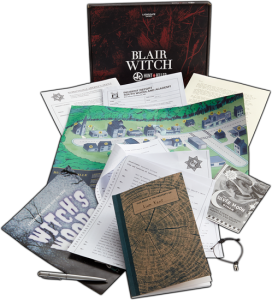 Courtesy of Hunt a Killer

Exit: The Game, The Abandoned Cabin

This is an escape room board game designed for 1-4 people that you can easily play with just the two of you. In fact, it might even be easier with just two, fewer cooks in the kitchen. It involves solving riddles, following clues and navigating your way out of an imaginary space with the clock ticking. They’ve got a variety of themed experiences, including The Abandoned Cabin, and each is designed for single use. 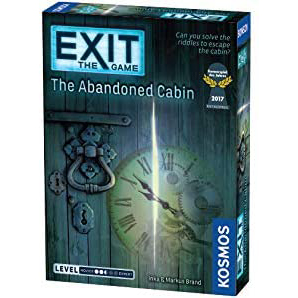 Exit: The Game, The Abandoned Cabin