Streaming services make it easy to find tons of new films without having to change out of pajamas. These online services are a convenient and affordable way to stream thousands of movies. But the main problem with streaming services is that you don’t always know if the movie you want to watch is going to be there. Websites offer entire roundups on everything that’s coming to and leaving the top platforms. So just because you saw it last month, that doesn’t mean it’ll be there next month.

If you love to rewatch your favorite movies, then owning them on DVD is still a great way to revisit them. Action movies, in particular, have a great rewatch value. That’s because even if you know everything that’s going to happen, watching the excitement unfold again still holds great entertainment value. Whether that’s snappy dialogue or shootouts, action movies are fun to actively watch or just throw on in the background. Plus, DVDs make nicer gifts than a digital download card.

There is no strict formula for making a great action movie. Yes, every action movie needs action, of course. That action can take the shape of shootouts, hand-to-hand combat, car chases, or some combination of those things, but simply stringing together action sequences isn’t good enough.

The best films in this genre do something more, whether that’s giving you great characters to root for like in Die Hard, building an immersive world like the one in Jurassic Park, or pitting two beloved actors against each other like in Heat. Or, you can just make Keanu Reeves the lead (okay, maybe there is a formula). In any case, just because it’s a genre film, it shouldn’t feel generic. These films get it right.

Tom Cruise has done his fair share of action movies, but this one stands apart from the others. He’s cast against type as an assassin with little regard for the well-being of others. Cruise’s unwitting counterpart is Jamie Foxx, who is playing a taxi driver just trying to make it through the night. This film, directed by Michael Mann, is really more of a tense thriller than a shoot-em-up action flick. But there is plenty of action to go around, too. Even if you don’t really like Cruise, you might still be impressed by his villainous turn as Vincent.

Good if you like: Suspenseful action movies with a slightly philosophical bent. 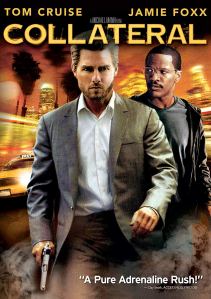 This set is a pretty great value, as it includes eight of the movies from the Fast and Furious film series. All of them except the latest, Hobbs and Shaw, are included. In addition to the DVD collection, you can choose between Blu-Ray or 4K. The series is ostensibly about street-racing. But as the series progresses, the stakes get higher and higher, and the main characters turn into globe-trotting heroes who have to save the world. What’s always there is action and cool cars.

Good If You Like: Racing movies, films with big ensemble casts. 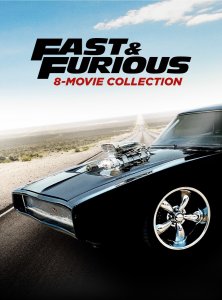 If it isn’t enough that Die Hard is widely considered one of the best action movies of all time, its name is also thrown around as being one of the best Christmas movies, too. Die Hard follows Bruce Willis’ world-weary John McClane as he fights a terrorist group led by Alan Rickman’s Hans Gruber. Of course, the events unfold on Christmas.

Good if you like: Witty one-liners, over the top villains 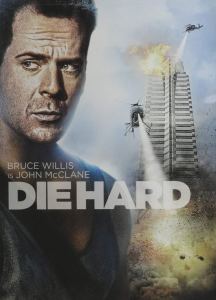 4. Man on Fire / Out of Time / Unstoppable / The Seige Quad Feature

There’s not a lot that Denzel Washington can’t do. He excels at moving character dramas and biopics. But he’s also great in action movies. Fans of Washington will likely appreciate this four-feature DVD set. Man On Fire follows Washington as he tries to rescue Dakota Fanning, and Out Of Time is a gripping thriller about a cop who has to catch a killer to clear his own name. Unstoppable follows Washington and Chris Pine as they attempt to stop a runaway train, and The Siege features a star-studded cast fighting terrorists. They’re all admittedly pretty silly movies, but it’s nonetheless a good time. 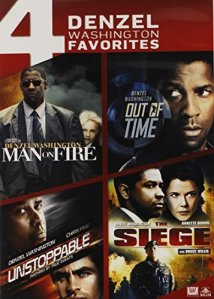 While a lot of action films build immersive imaginary worlds, director Peter Berg set his sights on the real-life BP oil spill for the film Deepwater Horizon. The all-star cast led by Mark Wahlberg includes Gina Rodriguez, Kurt Russell, Kate Hudson, and John Malkovich, and the movie follows the crew aboard the oil rig dealing with an explosive situation. While it undoubtedly takes some creative liberties, it’s an interesting look at true events.

Good if you like: Explosions, against-the-clock action. Movies based on real events. 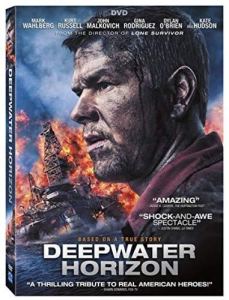 Matt Damon is so identifiable as the high-powered action hero Jason Bourne that it’s easy to forget that he was probably best known for softer roles like The Talented Mr. Ripley and Good Will Hunting prior to The Bourne Identity. This DVD set includes six discs containing five movies. The discs are packed with bonus features. For those unfamiliar, the series follows Jason Bourne, a CIA agent who suffers from extreme memory loss and must figure out who he is as he’s hunted by his former employers. This DVD set includes all of the Bourne movies that Matt Damon appears in, from 2002’s The Bourne Identity up to 2016’s Jason Bourne. 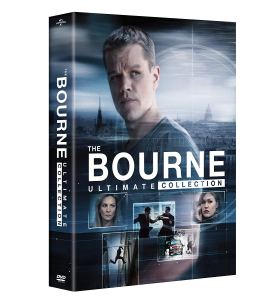 John Wick earned critical accolades and a cult following off the back of an unusual but compelling premise; one man’s quest for revenge after the death of his dog. In addition to the always electric Keanu Reeves, John Wick also features John Leguizamo and Willem Dafoe. John Wick has plenty of great fight scenes, which isn’t surprising considering its director, Chad Stahleski, started off as a stuntman. 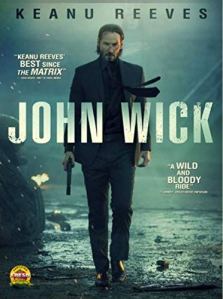 Not unlike James Bond, Tom Clancy’s character Jack Ryan has been portrayed by various different actors. Most recently, John Krasinski has taken on the role for a TV show on Amazon Prime Video. This box set is a good companion set to the show, because it includes every actor from the film series: Alec Baldwin’s original take on the character in the film The Hunt For Red October, Harrison Ford’s turn in Patriot Games and Clear and Present Danger, Ben Affleck in The Sum of All Fears, and Chris Pine as Ryan in Jack Ryan: Shadow Recruit. It’s an affordable value considering that five movies are included. The Blu-Ray versions are also an option on this listing. 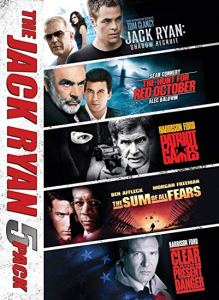 Another entry directed by Michael Mann is the beloved 1995 film Heat. It’s propelled by two of the most acclaimed actors of all time coming together. Robert DeNiro plays a hardened criminal and Al Pacino is the detective on his tail. The most iconic scene takes place in a diner, but it’s not a shootout. DeNiro and Pacino’s characters simply sit across from each other and talk. Heat proves that action movies can be memorable for much more than just the action. 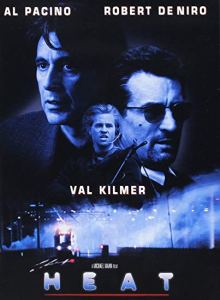 The original Jurassic Park, directed by Steven Spielberg, is unlikely to be knocked off its pedestal as the best of the bunch. But there’s still plenty of fun to be had in the other four films. This box set includes every film released so far, including Jurassic Park, The Lost World, Jurassic Park 3, Jurassic World, and Jurassic World: Fallen Kingdom. If you’ve somehow never seen the movies, the original is about a theme park filled with dinosaurs. The most fearsome ones like the T-Rex manage to break out and wreak havoc. 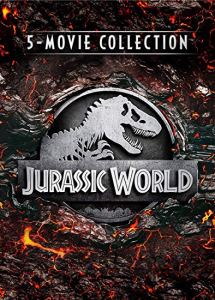