Ariana Grande made a triumphant return to Manchester last night, just weeks after a terrorist attack left more than 23 people dead, with more than a hundred others injured. Grande postponed multiple tour dates on her “Dangerous Woman” trek in the aftermath of the bombing, but had pledged on social media to do something in honor of the victims, and to pay tribute to her UK fans.

Last night, Grande made good on her promise, assembling a who’s who of A-list artists for the “One Love Manchester” benefit concert. Held at the Emirates Old Trafford Cricket Ground, which has a capacity of about 50,000, the concert sold out within minutes. 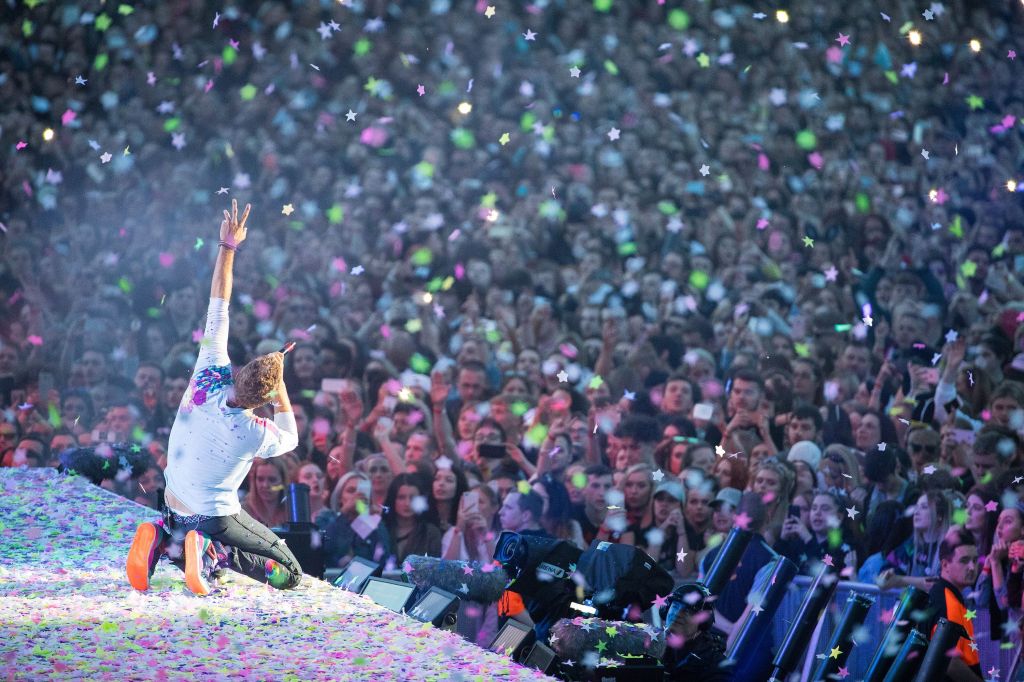 Featuring performances from Katy Perry, Justin Bieber (pictured below), Robbie Williams, Coldplay (singer Chris Martin pictured above), Miley Cyrus, The Black Eyed Peas and others, the concert was broadcast live across the world. Viewers following the performances were encouraged to donate to the We Love Manchester Emergency Fund, which was set up in conjunction with the British Red Cross. By the end of the three-hour show, organizers say they had raised more than $2.6 million. 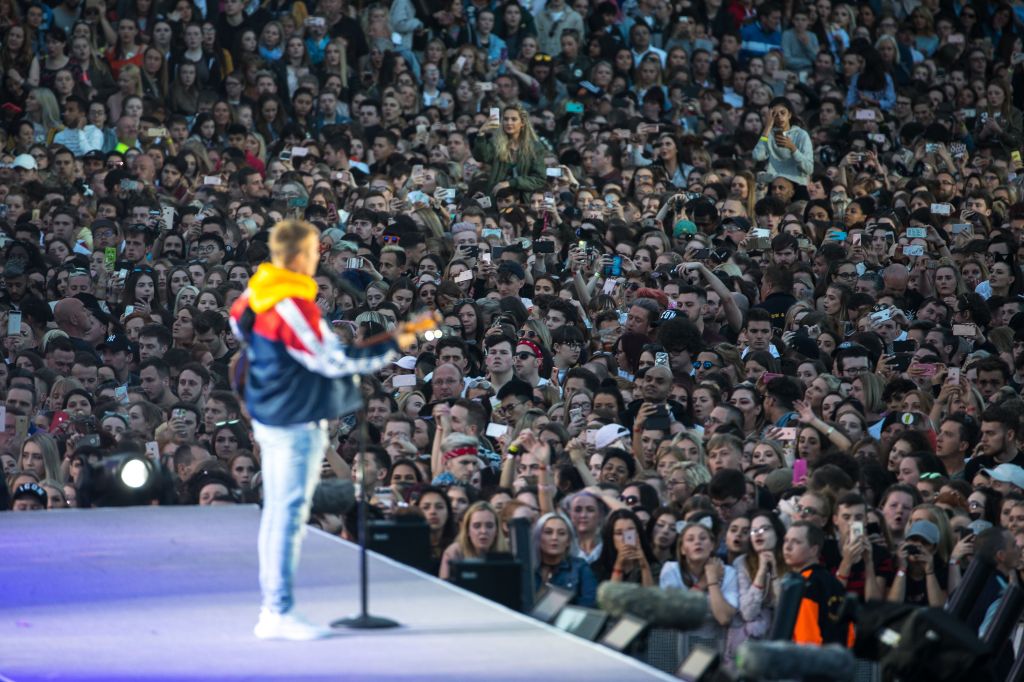 Grande, who performed solo and alongside many of the guest artists at the event, has also re-released her hit song, “One Last Time,” as a benefit single. The song, which was originally released in 2015 from her second studio album My Everything, has gained new life in the weeks following the bombing, with fans pushing it back on the radio and onto the UK charts.

"One Last Time" has been re-released as a benefit single, and all proceeds from the song will be donated! pic.twitter.com/j7jhvAuqGP

Grande and her team have re-packaged the song for iTunes and have pledged to donate all proceeds from the single to the We Love Manchester Emergency Fund.

Including the money generated from the One Love Manchester concert, organizers say almost $13 million has been raised to support the families of those who died or were injured in the attacks.

To support the Manchester fund and to download the charity single re-release of “One Last Time,” click the link below: