The Child (or, as the internet has rightfully decried, Baby Yoda) is undoubtedly the cutest creature this side of the galaxy since Baby Groot. The Mandalorian’s breakout star has been stealing scenes and breaking hearts ever since he debuted on Disney+, and as the fandom eagerly anticipates more information regarding this adorable character’s origin story, it looks like Funko is finally bringing The Child to life in Pop! Vinyl form. Fortunately, the Baby Yoda Funko Pop! looks every bit as cute as he does on Disney+.

Sporting an adorable face, big green ears, and those soulful, 50-year-old eyes, this Funko Pop! figure captures the likeness of the internet’s favorite new meme. The figure also has wonderful little details like a zippered outfit and painted nails (or claws, or talons, or whatever you call them). In short, and The Child is very short, the Funko Pop! Baby Yoda looks every bit as cute as he does on TV. Jon Favreau, the show’s creator, actually mentioned how he purposely kept the character under wraps in order to help build up hype, which is why Disney didn’t have any Baby Yoda merchandise ready when the show first premiered. Yes, that means Disney purposefully held back Baby Yoda toys, apparel, and merchandise to keep The Child a secret before the official launch of Disney+. And it worked. 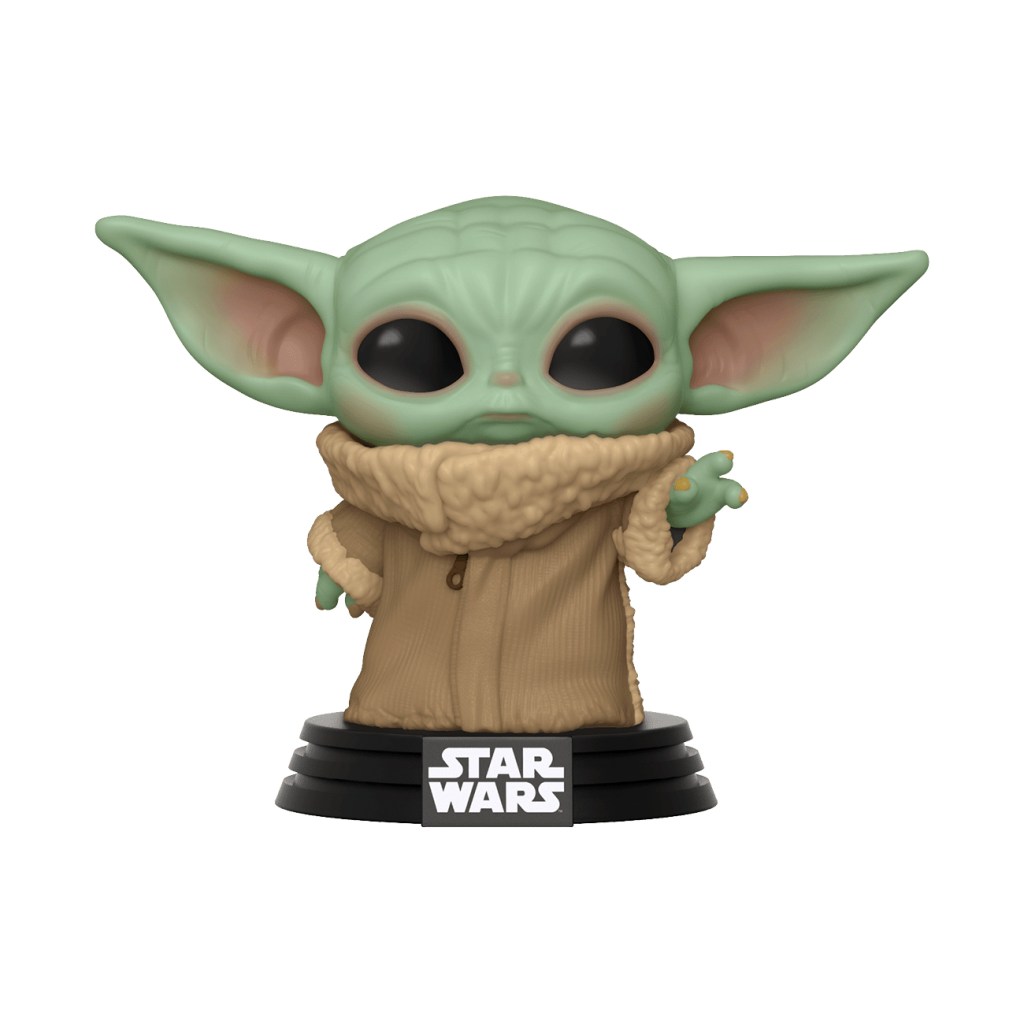 So, When Will Baby Yoda Merchandise Be Released?

Unfortunately, because Disney delayed merchandise to avoid spoilers, you can’t buy any official Baby Yoda merchandise in time for Christmas (or Valentine’s Day, for that matter). Right now, the Funko Pop! Baby Yoda is only available for pre-order, and it’s not due to arrive until May 15, 2020. Of course, some bootleg Baby Yoda merchandise has slipped past the House of Mouse, but we would recommend using caution with unofficial merchandise. In the near future, more Baby Yoda merchandise will be released from Hasbro and the Disney Store.

Now, when it comes to Star Wars characters, most are either beloved or belittled. While Jar-Jar Binks was quite possibly the single most-hated CGI character of all time, Baby Yoda is something else altogether. At once adorable and mysterious, this little green guy’s already amassed a sizeable following. In fact, this Funko figure is already a number-one seller on Amazon — and it’s not even out yet.

As part of Funko’s ever-growing Star Wars collection, he’ll fit right in with Lando, Luke, and Kylo Ren. Whether you’re looking to grab a Baby Yoda for yourself or one of your Jedi-loving friends, you might want to act quickly; while Disney predicts the bobble figure won’t be out until May, you can bet your lightsaber that he’ll probably sell out faster than the Millenium Falcon can reach warp speed.