Sports are Americans’ favorite form of entertainment and the quality of friendship that stems from watching or attending games together (when we are able to do so) is invaluable. Another way to engage with your favorite sport is to read about it and basketball has a few stories that may surprise you, from biography to memoir, to an analysis of the game itself.

Perhaps you’re interested in player’s stats, or want to know more about the history of the sport and its players. There are books for everyone on every topic, so dive in and find your new favorite with our round-up of the best basketball books below.

1. My Losing Season by Pat Conroy

More than just a story about one man playing the game: Pat Conroy goes deeper into his own experiences while playing basketball than any other author. This is a superbly detailed book about playing the game on and off the court, and the history of the author’s abusive childhood. A sensational and heartbreaking basketball book that lovers of the sport will appreciate. 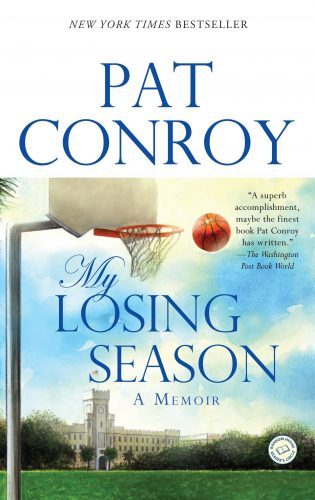 Set amidst the 1996-97 season, Money Players follows #1 draft pick, Joe Smith, as he navigates the new world of professional basketball in his innocent and fresh view. The story investigates the high rollers, drug scams and key players in the new NBA along with the murder of Michael Jordan’s father and his subsequent retirement and return to the game. This basketball book is full of journalistic investigation and takes the along on the wild ride that is professional basketball. 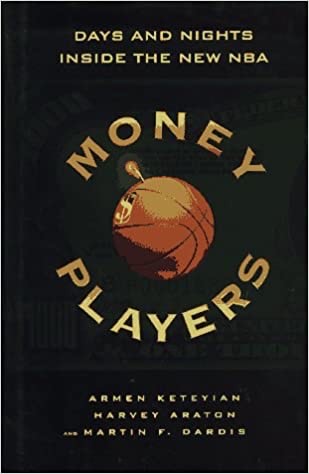 Money Players: Days and Nights Inside the New NBA

If you’re interested in the history of basketball, Terry Pluto has your back. With deft and skillful writing, Pluto shares the story and creation of the ABA and how it became the NBA without the fantastical red, white and blue balls. Told from the perspective of the actual people who lived, breathed and played during the ABA’s nine seasons, these tales are often hilarious, shocking and entertaining. 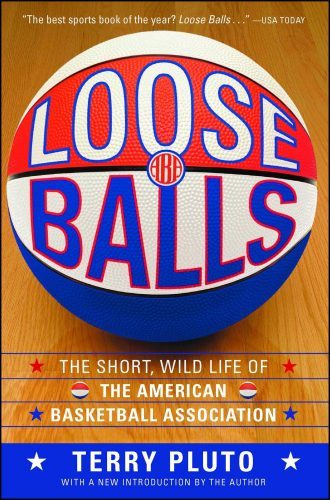 Have you ever felt inspired by professional athletes? Do you crave to know how they stay so committed, in shape and diligent to their sport? Shoot Your Shot by Vernon Brundage Jr. answers these questions with the help of famous basketball players like Stephen Curry, Kobe Bryant, Kevin Durant and Michael Jordan. Pick up this basketball book for your own self-improvement and curiosity. 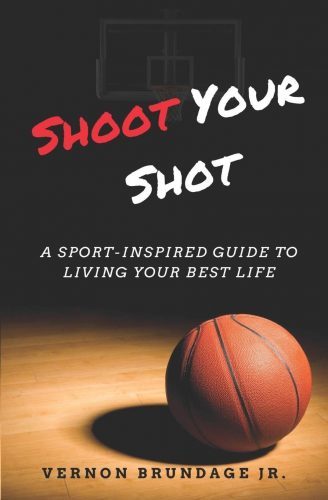 5. The Mamba Mentality by Kobe Bryant

Kobe Bryant comes clean in a story all his own: get inside his mind and learn about his famous Mamba Mentality as he conquered life on the court. Read about his physical journey on and off the court, how he practiced a creative process in his strategy and skills and how he navigated his career. Paired with stunning photographs by Hall of Fame photographer Andrew D. Bernstein, who photographed Bryant from 1996 to 2016, this basketball book is a strong account of an athlete’s mindset and how he became one of the greatest ever. 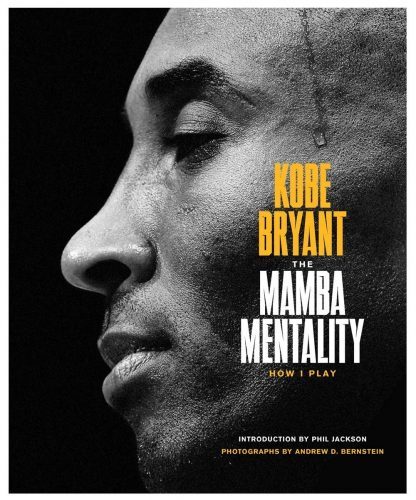 The Mamba Mentality by Kobe Bryant

6. KG; A to Z: An Uncensored Encyclopedia of Life, Basketball, and Everything in Between by Kevin Garnett and David Riaz

The untold story we’ve all wanted to hear straight from the man himself: Kevin Garnett. If you’re curious about the life of a superstar basketball player, then dive straight into this basketball book written by Kevin Garnett and David Riaz for an insider’s look at life during and after a successful career. Told by Garnett himself, the book chronicles his early start from high school to the NBA, a feat unknown to any player before him, as well as his journey through the game playing against superstars like Kobe Bryant and LeBron James. Mark this as your next best read, it will take you on a whirlwind of a journey. 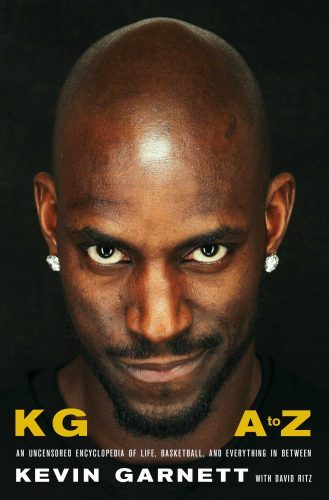 KG; A to Z: An Uncensored Encyclopedia of Life, Basketball, and Everything in Between by Kevin Garnett and David Riaz

2021 is the 75th anniversary of the NBA so there is no better time to pick up this history of basketball. Writer Dave Zarum takes a closer look at the more curious and untold stories of the NBA as well as its colorful characters. With 75 unique tales of your favorite basketball league, you’re sure to find plenty to love and share with family and friends. From the rivalry between Magic Johnson and Larry Bird to the merger of the ABA and the NBA to the very first professional basketball game between the New York Knicks and Toronto Huskies, this book has it all. 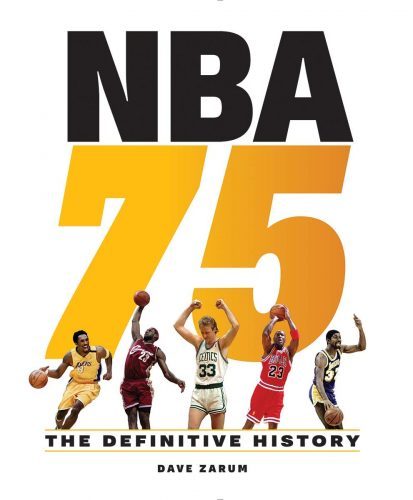 Want to test your knowledge? Or see how your friends stack up? This basketball trivia book will be a blast at parties or games during halftime when you feel like breaking out the legendary lore of basketball. With over 600 questions for the ultimate superfan, entertain yourself and your friends with insights into Magic Johnson, Larry Bird, Shaquille O’Neil and more. 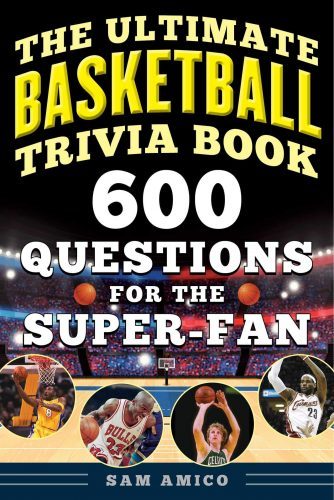 An oral history that defines the magic of the game and the history of its past, this basketball book by MacMullan, Bartholomew and Klores has deeply involved interviews as well as personal stories from key industry players. Outspoken words from Steph Curry to Magic Johnson help locate the passion of the game and test the strength of these players as they share their personal accounts of the NBA and their lives. With numerous other players, coaches and NBA officials dotting the book’s interviews, this is a compilation like never before. A great basketball book for anyone interested in the power of the sport. 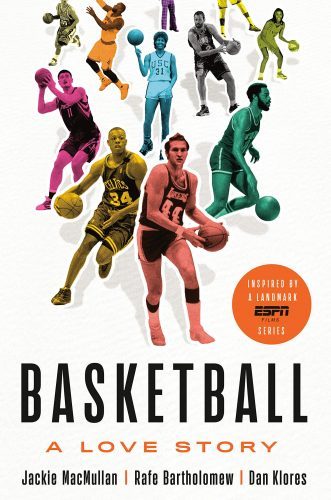 An unseen look into the 1992 Olympic team for basketball, Sports Illustrated writer Jack McCallum dives into the story of the key players and the events that took place in Dream Team. From his courtside view of the game that put them all together to win gold in Barcelona, McCallum takes us on the adventure through the team’s Olympic journey. He narrates the riveting account of maybe the greatest scrimmage ever taken place and shows how the magic of the Dream Team has captivated audiences worldwide for generations. 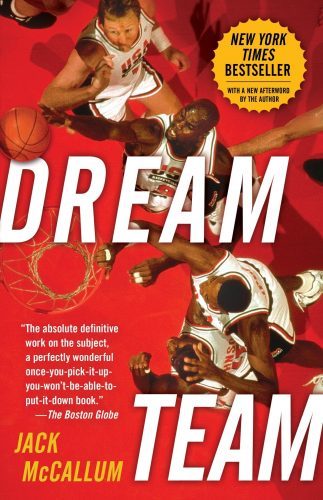 The 21 Best Gifts for Sports Fans