It might have been a while since you’ve had a proper game night with friends or family, so why not buy a shiny new card game for your next get-together? These are the best card games on the market in 2020.

Like most other games, card games have enormous benefits for your well-being. In addition to creating great moments of bonding between you and your friends and family, gameplay can also provide:

Whether you’re playing virtually or in person, it’s time to plan a game night between you and your friends. To help you along your way, we’ve picked 12 of the best and most fun card games available. From popular party games like Cards Against Humanity to classics like UNO and even a few you probably haven’t heard of before, one of these is sure to be the perfect addition to your next game night with friends or family.

Cards Against Humanity has certainly secured its place as a defining cultural item and one of the best card games of the 2010s. Is there anyone between the ages of 20 and 40 in the USA who hasn’t played this epic card game? If for some reason, you haven’t, now is the time to start. The premise of the game is simple. One player lays down a fill-in-the-blank card, and every other player anonymously plays a card with what they think should go in the blank. The player who laid down the fill-in-the-blank card then gets to pick the winner of the round from the anonymously played cards. He or she could pick the most appropriate, funniest or downright worst card played. 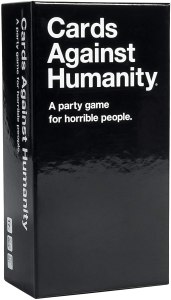 A card game that’s great for the whole family, SKIP BO relies on your ability to count. That’s pretty much all you need to know how to do to play this sequencing game. During gameplay, players use “skill and strategy” to create stacks of cards in number order. There are wild cards to keep the game interesting and help you to conquer your enemies. The first player to get rid of their own deck of cards wins the game. This box contains 162 cards as well as instructions on different styles of play. We promise this is one card game you’ll want to play again and again. 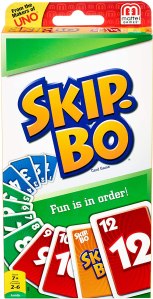 Perhaps the most classic card game ever, UNO deserves a place in every household. The goal of the game is to be the first player to get rid of all the cards in your hand by matching colors and numbers to the discard pile. Of course, there are wild cards, reverse cards and cards that require your opponents to add cards to their hands. These keep the game super competitive. And, in this deck, there are also customizable wild cards, so that you can get creative with your own type of gameplay. Furthermore, UNO is now available in a variety of novelty decks, but we love the simplicity of the classic deck shown here. 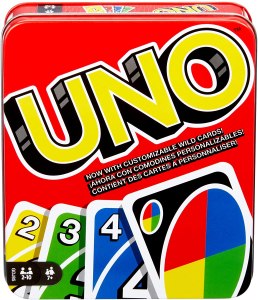 4. These Cards Will Get You Drunk

If there’s a more obvious title for a card game, we can’t think of one. This game is designed to do one thing — get you drunk. The super simple drinking game allows you to compete with your friends, vote on the best player and really screw your friends over, which naturally leads to more drinking. When it’s your turn, all you have to do is draw a card, read it aloud and follow the directions to determine who has to drink. Examples include, “Pick someone and guess the color of their underwear. If you guess correctly, they drink, otherwise, you drink.” Or, “Everyone votes on who is the most indecisive person. That person picks someone to drink.” This is the best card game for your pregame party or for a night in, just be sure to drink responsibly. 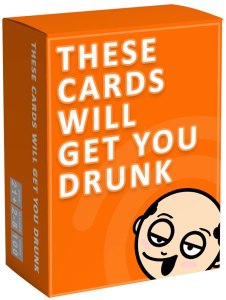 These Cards Will Get You Drunk

While Cards Against Humanity may have been the number one game of the 2010s, Exploding Kittens was a close second. The game is super unique, super easy and kid-friendly. The entire goal of the game is to not explode. If you draw an exploding kitten card, you’re out of the game. That is unless you have one of the many other cards that either lets you diffuse the situation or target your fellow players. These cards might come in the form of weaponized back hair, a magical pig-a-corn or a portable cheetah butt. If we’ve lost you but you love the quirkiness of these cards, pick up Exploding Kittens and learn how fun this laugh-out-loud game can be. 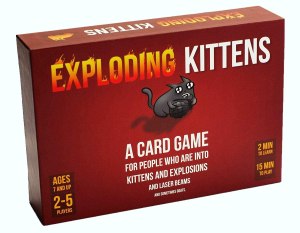 Fun for the whole family (ages six and up), Spot It! is a game of speed. All you have to do is lay down two cards, and the first player to spot the symbol that appears on both cards wins the set. The person with the most cards when the rest of the deck has been used wins. Every pair of cards only has one symbol in common, which is kind of like magic if you ask us. Spot It! is available in a variety of themes, from underwater creatures to Frozen characters. But we love this original version with its super random symbols, from yin yang signs to spiders. 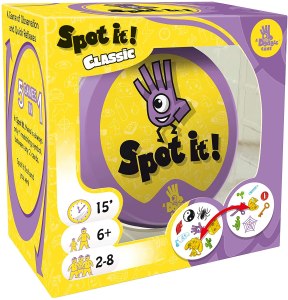 The Game of Phones is basically Cards Against Humanity meets the smartphone. During gameplay, one player draws a card, and the rest of the players find something on their phone that matches the description on the card. For example, the card might say, “Search ‘lol’ in your messages and read the best result.” This is the perfect game for friends and family who are addicted to their phones, and it may even help you bond or have a laugh over those tiny LCD screens. 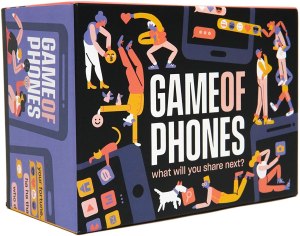 Based on the hit webcomic, Cyanide & Happiness, Joking Hazard is an adults-only party game that lets you and your friends create your own twisted comics. The game includes 360 panel cards as well as 10 add-your-own-words cards. In the game, the person whose turn it is lays down two panels. All the other players compete to complete the comic with a panel card from their hands. The funniest or most appropriate card as chosen by the player who laid down the first two cards wins. You’ll need three or more people to enjoy this game, but it’s a great way to build friendships or unhealthy competition. 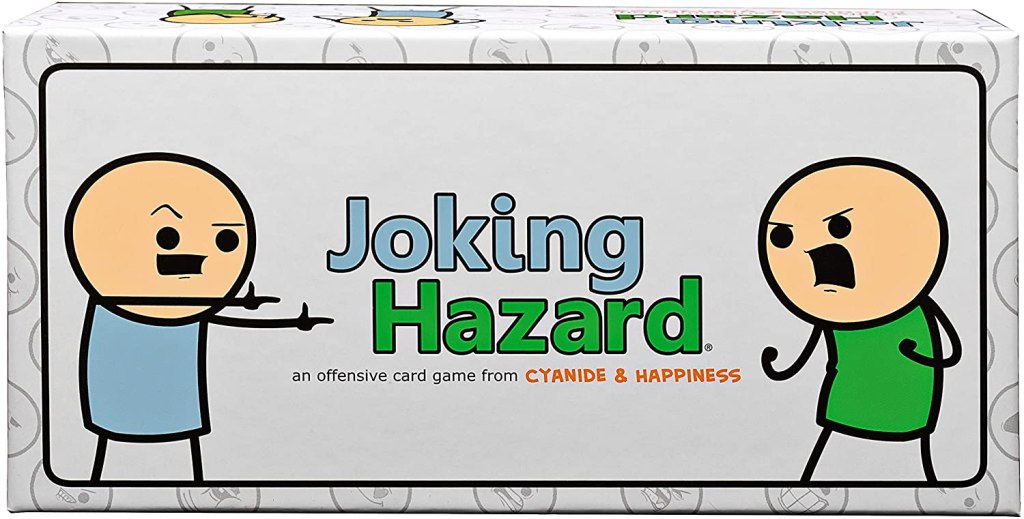 Not all card games are party games or designed to make you laugh. There are some that allow you to build your own universe, like the Brotherwise Games Boss Monster: The Dungeon Building Card Game. In this deck of cards, you’ll receive the power to become a classic video game super villain who needs to design his evil lair and lure in the game’s adventurer. Just be sure to outwit the hero or else he or she might kill you first. This game can be enjoyed by two to four players and takes approximately 20 minutes to play. 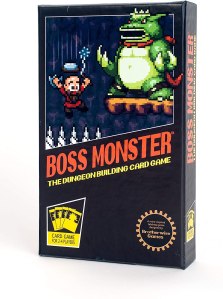 If you’re a member of any social media website, you likely know how to communicate by meme. These funny pictures have become an appropriate response to just about any type of post. But, they also translate incredibly well into a card game. In the game, one player lays down a meme card, and all the other players have to lay down cards containing phrases they believe match the meme. The player who laid down the meme card then gets to pick their favorite and award the winner of the round. In this hilarious collision of pop culture and old fashioned gaming, there are winners and losers, but everyone is sure to have a good time. 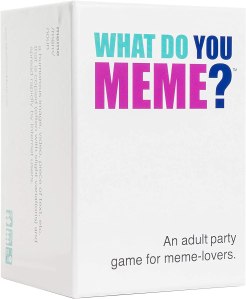 What Do You Meme? Party Game

No, you shouldn’t let your kids play Cards Against Humanity, but you should let them enjoy Kids Against Maturity. This is essentially the child version of the hit adult game. It still has mildly offensive humor in the answers, but it doesn’t feature sexual references, swear words or adult themes. For example, the topic card might say, “Knock, knock, who’s there?” and the saying cards may include phrases like, “A turd burglar” or, “The kid who wipes boogers under the desk.” Just like in Cards Against Humanity, the funniest answer wins the round. This game can be enjoyed by all ages as long as all the players can read. 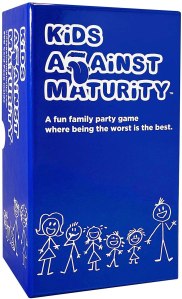 With over 95% of Amazon customers awarding this game a positive review, you can be confident you’re going to love what’s inside the box. The game works by bringing all your favorite Marvel characters together in a cooperative adventure with you at the helm. With each turn, you’ll have to choose between playing as a hero to defeat the villain in front of you or performing indirect action in the form of battle preparation and damage recovery. The variety of scenarios and how to deal with them provide not just hours or fun but the desire to play time and time again. This is the ideal gift for any comic book or Marvel Universe lover in your life. 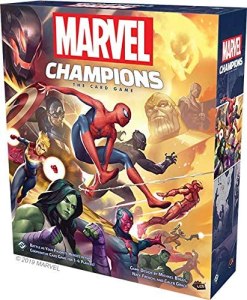 SPY Guide: 7 Awesome Card and Board Games for Parties