Nothing is more adorable than seeing a dog in the Halloween costume. It’s a scientific fact that simply cannot be negated. While us humans spend a fair amount of time picking out the best Halloween costumes for ourselves (and that’s fair), let’s not forget about our four-legged babies that want to stir up some tricks ‘n treats – okay, we’ll stop with the Halloween/dog puns now. And it goes without saying that the best dog Halloween costumes are clever, original, and speak true to their little personalities.

To be honest, a lot of dogs don’t like to wear a Halloween costume, but you might be able to find one your pup can tolerate. And before you invest all this money into a Halloween costume for your canine, it’s important to keep size, fit and style in mind. Now, believe it or not, there are a few different styles of dog Halloween costumes:

Just remember, no one knows your pup better than you, so make sure to select the right fit or else your little fur-monster might rip it off in a matter of minutes, er, seconds – turning the costume into yet another chew toy. Below are nine spooktacular selects for the best dog Halloween costumes.

If you don’t have much luck getting your canine to fit into a full-body costume… or let’s be honest, they won’t keep anything on their torso for longer than two seconds, then this lions mane might just do the trick. The furry mane wig fits right around their face and neck – instantly transforming your pup into the king of the jungle. The wig works with medium or large dogs, and it comes in brown (as pictured) or brown/black mix – giving you the option to best match the natural colors of your little lion. 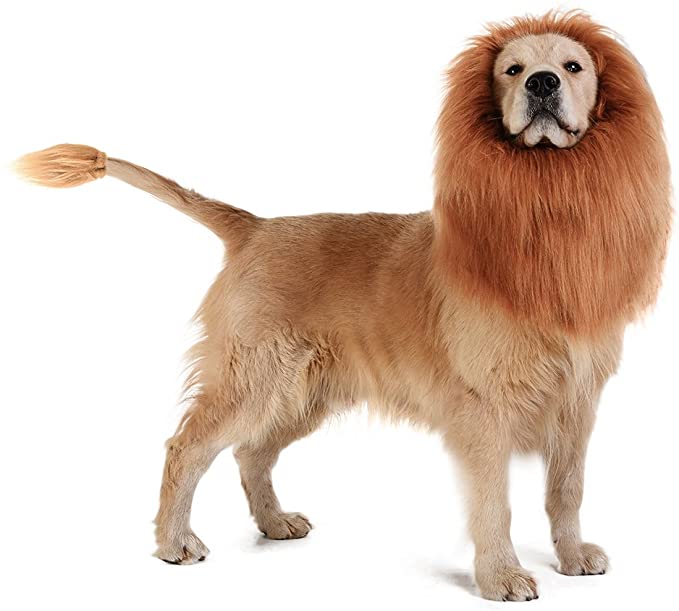 “Is that Jason Mraz?” Oh, wait. Nope, it’s your dog! This costume instantly turns your pup into the coolest, most suave pup on the entire block. There are several sizes that fit a range of 11 lb-22 lb dogs, and each costume comes with a harness-like outfit that includes stuffed arms and a guitar on the front. 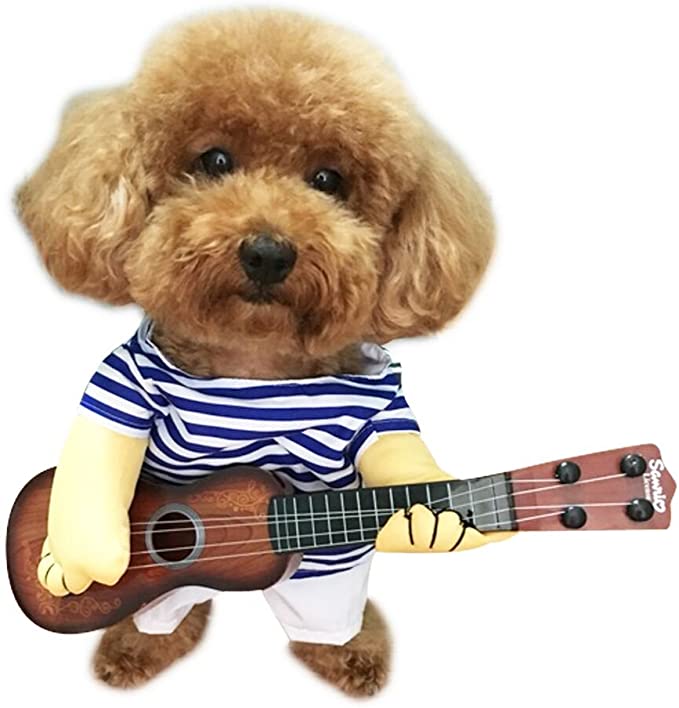 A man’s best friend loves chasing squirrels down the street, so why not let them dress up as their favorite thing in the entire world (besides you, of course). This downright adorable costume comes with a squirrel bodysuit (complete with bushy tail) and faux arms holding a nut. It also comes with a matching headpiece that hooks under the chin, so it won’t constantly fall off. 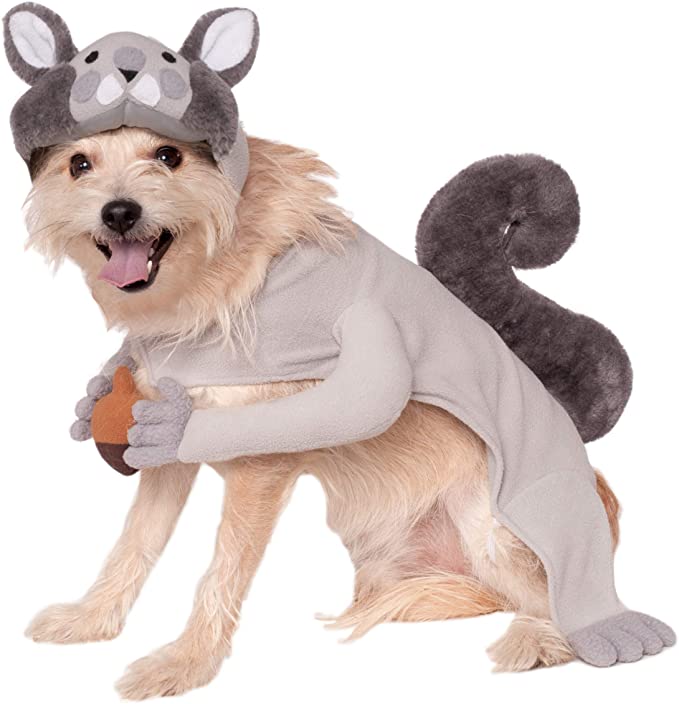 What’s one of the best dog Halloween costumes, you ask? Well, our pets do more for us than we know, so perhaps you should dress them like the heroes that they are. As everyone knows, heroes come in different shapes and sizes, which is why these superhero Halloween costumes for dogs come in all different sizes – from small to 3-XL. 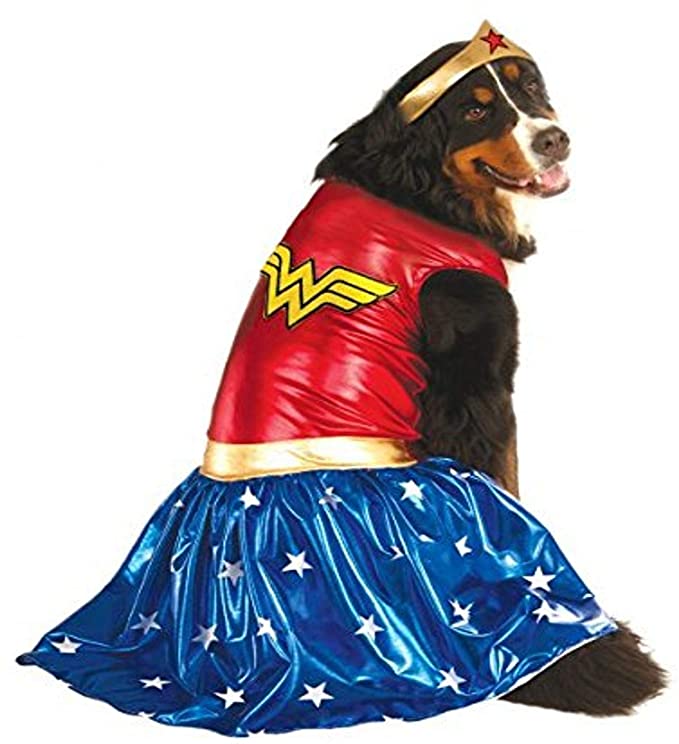 “Who’s a good killer dog… yes, you are!” Let’s get real. Halloween is the time to get spooky, and slasher movie villains serve as some of the best costume inspirations. So why should your dog be any different? Get your little pup in one of these “knife-wielding” Chucky the killer dog costumes and have yourself a (hilarious) scream. 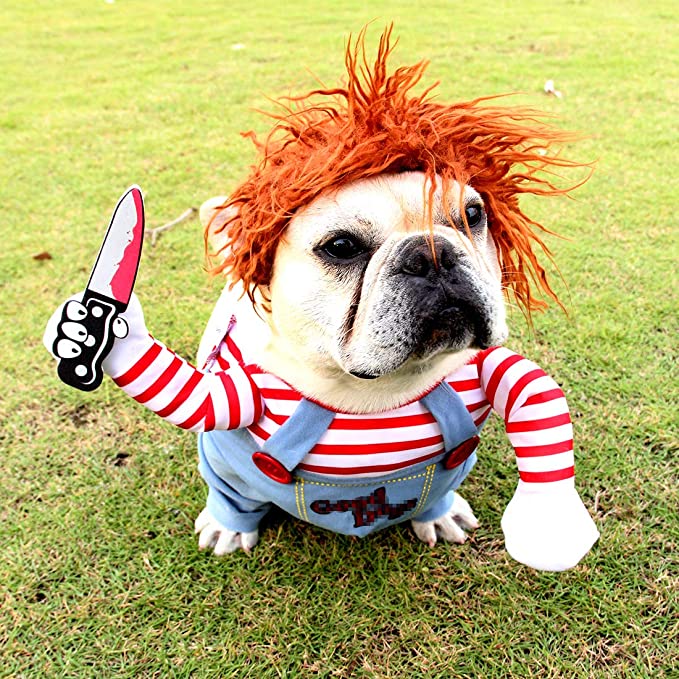 The internet has been obsessed with Baby Yoda… and for a good reason, too. It’s absolutely adorable. While most of the Baby Yoda costumes are selling out outrageously fast, this Star Wars robe is a solid substitution. It’s a pretty straightforward bodysuit that isn’t too tight-fitting, so your dog will still be plenty comfortable. Plus, its got an attached hood just like the one donned by lil Baby Yoda himself. 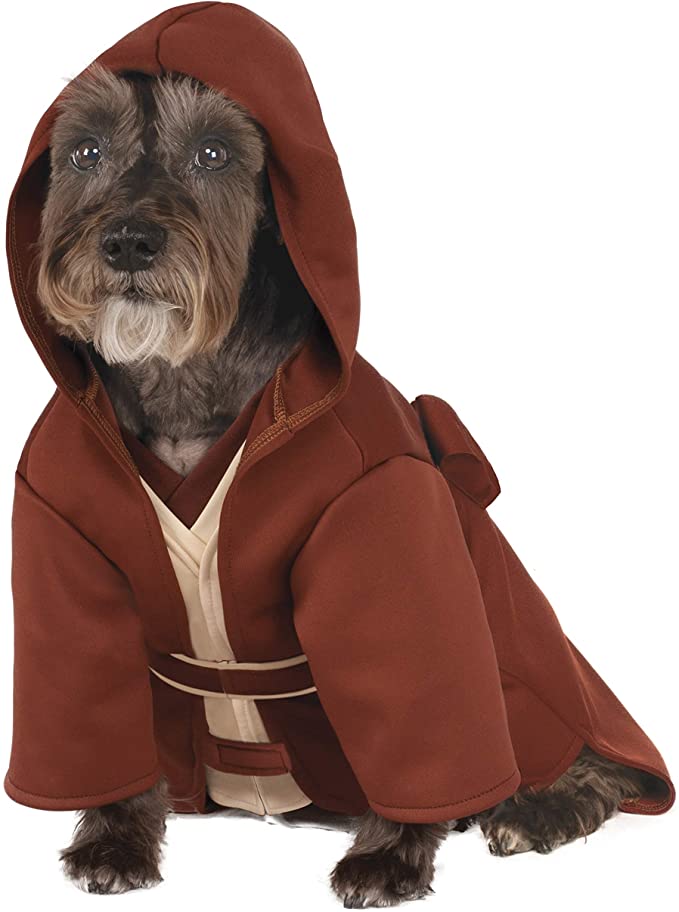 Turning your pup into a creepy crawler can *actually* look terrifying. If you saw this thing charging at you from across the room, it could induce some bizarre nightmares. This fuzzy polyester bodysuit (in the orange and black colors of Halloween, nonetheless) is available in sizes x-small to large, meaning you can have anything from a miniature spider all the way up to a Golden Tarantula, er, Retriever chasing you around the yard. 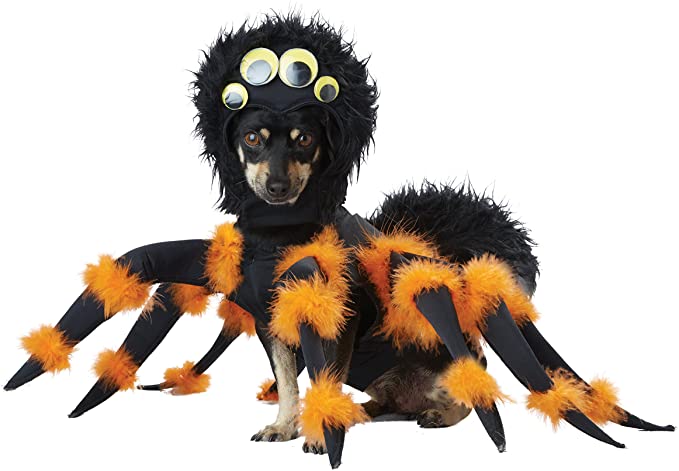 We’ve got news for you. Your best buddy has a buddy… and it’s the delivery man. And why not dress your pup up as their favorite pal? The hilarious UPS branded half-bodysuit only covers the front legs and breast area, so it’s more likely to stay on longer than a full-bodysuit – depending on your pup’s tolerance, of course. It’s available in three sizes and also comes with a UPS hat (with perfectly placed ear cutouts). It’s all about the details, so attached to the suit are a set of faux arms holding a delivery package. 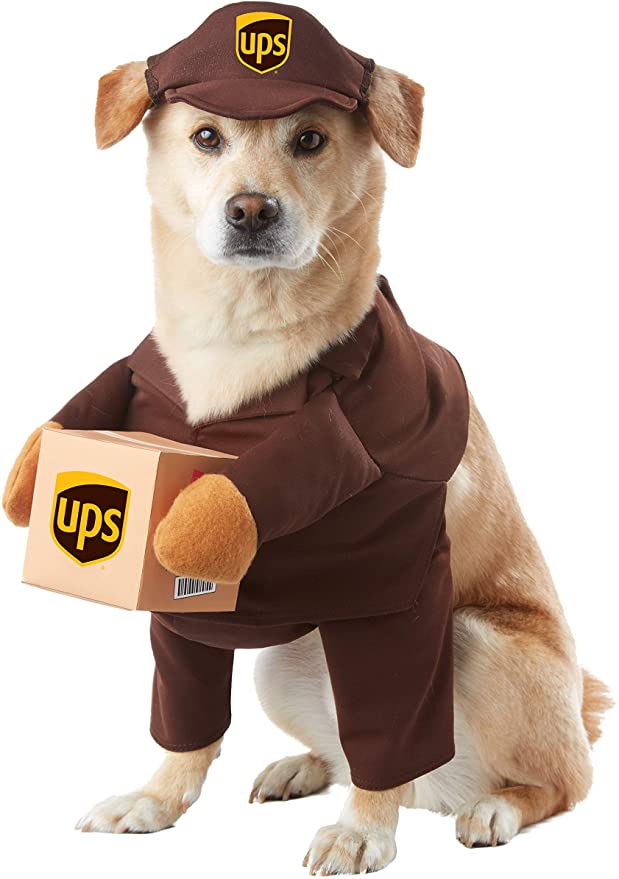 Who ya gonna call? Ghostbusters! The retro throwback to a comedy classic makes your little pup seem like the coolest guy or gal in town. This work shirt features an officially licensed Ghostbusters logo patch attached to the sleeve, but it’s the inflatable ghost hunting backpack that seals the whole deal. Now, if you’ve got more than one pup, it’s even better because you could dress the whole gang as the entire Ghostbusters team. Group costume anyone? 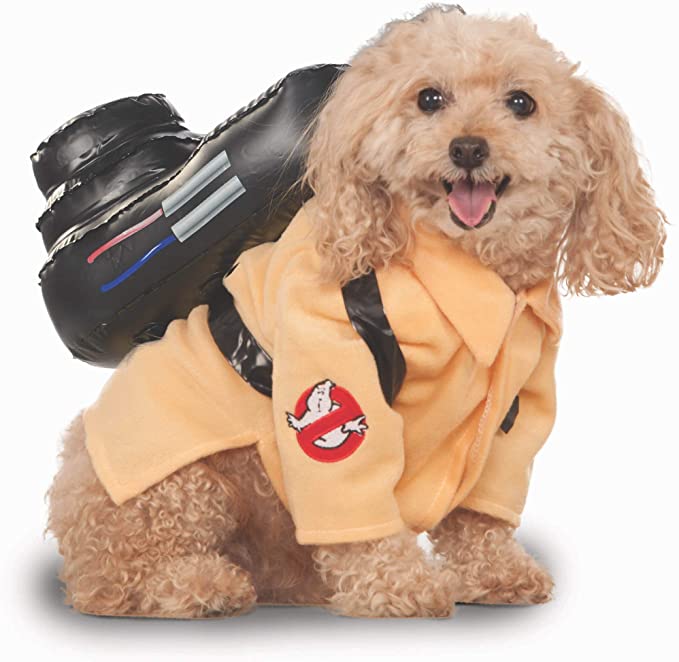