Hey, don’t knock it until you try it. There’s something about reading a sexual fantasy that can really get the body going. Reading erotica seems to activate a different part of the brain than visual pornography does, and the genre contains some powerful works of erotic art. When you watch pornography, you are a passive participant. However, erotica forces the reader to participate by using their imagination to conjure the scene. Although people and sexual actions are all explained pretty explicitly, the reader has to imagine the details that make the scene come alive, like the faces of the characters and the intensity of the act.

Content Warning: Below, you’ll find some of the best erotica on Amazon. All of these stories feature explicit sexual content. In addition, many contain taboo themes that may be offensive to some, perhaps even most, readers. Proceed at your own caution!

Steamy quote: “He has taken me captive, and I can’t stop fantasizing about him tying me to his bed.”

When a selfish man gets caught up in the wrong side of the mafia, he offers up his 18-year-old step-daughter, Jasmine, in exchange for his life. Once Jasmine’s mafia captor, a handsome and powerful man by the name of Kane Romano, takes her under his wing, she can’t help but fall in love with his sweeter side, which is only revealed behind closed doors. “Her Mafia Daddy” is the first novel in the Romano Mafia Brothers trilogy. Naturally, the daddy moves up in rank with each subsequent installment, elevating to “Her Mafia Boss,” and ultimately, “Her Mafia King.” 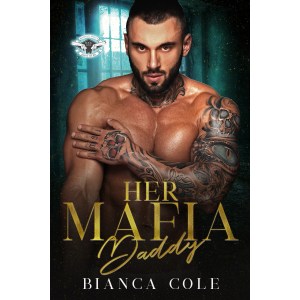 Steamy quote: “Her kiss was soft but passionate.” 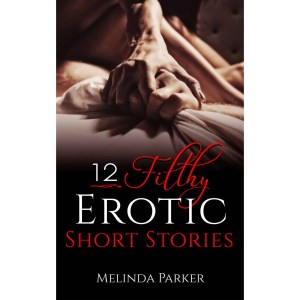 Steamy quote: “She didn’t know where to put her focus. Should she concentrate on how Russell’s mouth worked on hers, or did she try to keep track of Jason and how he unhooked her bra, kissing and nibbling each one of her breasts?”

Curious enough to delve into the world of three-person relationships? Look no further than American author Kim Carmichael’s Trifecta to get a taste of what love and sex is like with one more person thrown in the mix. The story follows an artist that’s suffering from a creative block but hopes to solve it by conquering one of his deepest fantasies: a three-way throuple with another man and a woman. He then forms a relationship with one of his best friends from elementary school and an aesthetic sales rep from Los Angeles. The three lovers try to figure out their lives in this new three-way relationship — with lots of sexual adventures along the way. 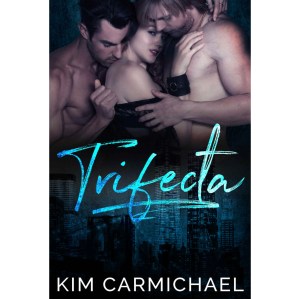 Steamy quote:“I watch the dress inch up my legs with every pull of his hand, baring more and more of me. The sight makes me giddy. It’s the only excuse for what slips out in response. “Should I call you Daddy, then?”

“Your Dad Will Do” follows a young woman harboring a powerful designer for her fiance’s father. She knows it’s wrong, but she doesn’t care. After she catches her partner cheating, she resolves to get a little closer to her father-in-law. “After this weekend, my ex won’t be the only one who calls his father Daddy.” Like the best erotica for Kindle, “Your Dad Will Do” marries taboo fantasies with well-written smut. 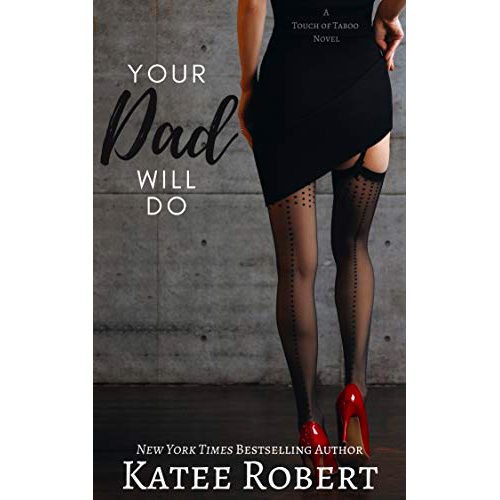 Your Dad Will Do

Steamy quote: “I’m going to get lost in you.” 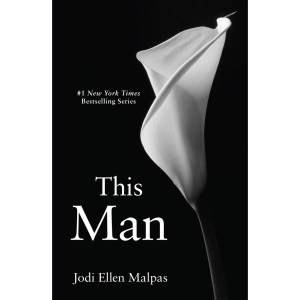 Steamy quote: “The bulge in his pants twitches uncontrollably whenever he looks at me. He has a freaking tail.”

“Alien Creep: An Alien Shifter Romance” hits all the marks of a classic love story. Guy sees girl, girl gets taken away at an alien auction, guy breaks into a spaceship to free girl, guy also happens to be an alien, guy frees the girl. You know, the usual. It’s also worth noting that the book hit the number one spot on Amazon’s Mystery Erotica chart upon its debut. 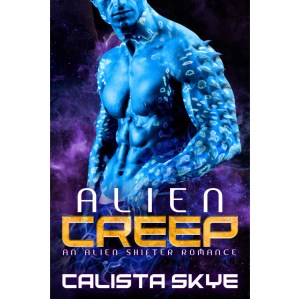 Steamy quote: “His heat, his touch, that sinful mouth. It was everything she could have possibly dreamed and more. Her fantasies, her imagination… they had nothing on the real thing.”

“Rush,” from The New York Times bestselling author Maya Banks, follows Gabe Hamilton, a wealthy and confident billionaire who has long desired Mia Crestwell. As his fantasies become a reality and the two fall into a deeply passionate affair, lust evolves into betrayal as something comes along that threatens to ruin their relationship. 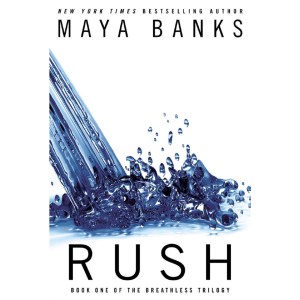 Steamy quote: “I stretched out in the tub and urged hot water from the tap with my foot. It burned good. I refused to kick the cold tap, refused to feel anything but the pleasurable tingle between my legs, that and the heat from the steaming water. I was determined not to use my hands. Not yet.” 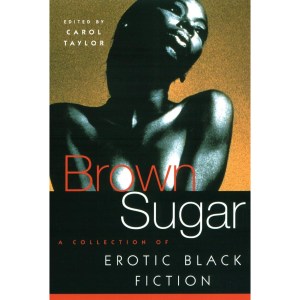 Steamy quote: “He was the sea. Rough. Dangerous. Dependable.” 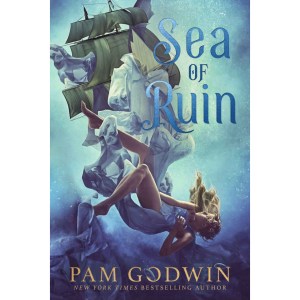 Steamy quote: “He was an ox of a man with a salt and pepper beard, and a dense crown of ebony hair that faded into tightly tapered and buzzes sides. His eyes were shut, his head rested against the tiled wall. I admired his body, thick but solid. “F*ck me,” I murmered.”

The best erotica on Amazon includes something for everyone, and there’s no shortage of steamy stories about men seeking men. Whether you’re a dude who solely goes for other dudes or a guy who just has some curiosities, “Bathhouse Confessions: Gay Romance Bundle,” is a wild ride where your deepest fantasies come to life in a hidden realm of seclusion. Leave all of your insecurities in the lockerroom as you disrobe and dive into this sexy, man-filled book of wonders. Featuring three different top-rated gay erotica books, each story tells a steamy tale. What happens in the bathhouse stays in the bathhouse. 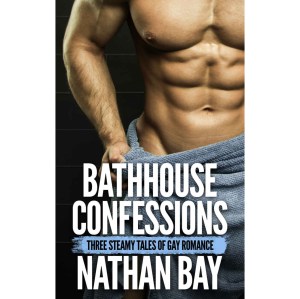 Steamy quote: “Don’t shower or bathe. I want you still smelling like me when I come for you in the morning.” 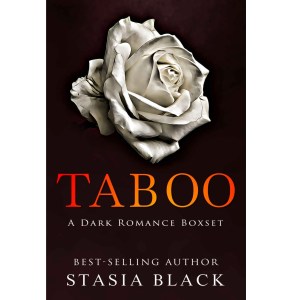 Steamy quote: “Lucy came to assassinate me, now I must punish her.”

Book one of six in the Knotted Omega saga introduces Zeus, a rugged, tattooed alpha with a strong personality. His authority is never questioned; that is, until he meets Lucy, a headstrong woman who proves to be the perfect challenge for the dominant figure. The New York Times bestselling author Laxmi Hariharan pens the kinky and passionate tale in the Omegaverse saga, which takes the term “alpha male” very seriously indeed. 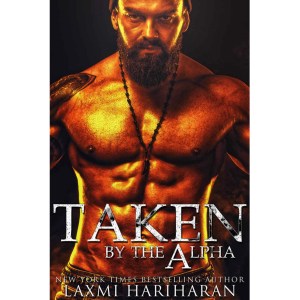 Taken by the Alpha (Kindle)

13. “A Billionaire Dinosaur Forced Me Gay”

Steamy quote: “His deep voice was turning me on so much as he leaned closer to me. I had never been with a man before, let alone a male dinosaur!”

Set in an alternate universe where dinosaurs have taken control of the world economy, John, a recent NYU grad, is hired to be an assistant to the CEO of a leading Wall Street trading firm. Oh, and the CEO happens to be an extremely wealthy dinosaur (naturally), who takes a keen interest in his attractive new hire. The campy book is part one of a three-part series that *spoiler alert* eventually leads to John seeking revenge against the CEO turned billionaire dinosaur president. 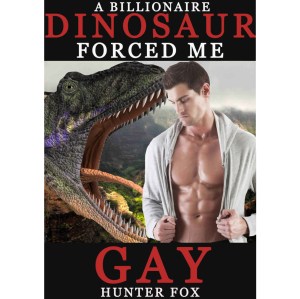 Steamy quote: “As she tells me she likes her tea weak and black, for a moment I think she’s describing what she likes in a man. Get a grip, Grey. She’s talking about tea.”

You didn’t honestly think that we’d do an erotica countdown without uttering the words “Fifty Shades of Grey,” did you? The fourth book in the insanely popular “Fifty Shades” series, written by E L James, flips the switch by allowing readers to enter the dark mind of suave billionaire Christian Grey. It’s the same love saga presented in the original “Shades” trilogy, only this time it’s coming from a new narrator, Grey himself, providing fans a fresh angle on his steamy, BDSM-filled love affair with Anastasia Steele. 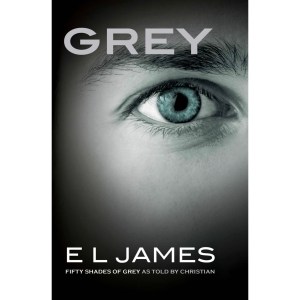 Steamy quote: “It’s probably best for me to work off some energy before I get you naked. I’m sure you’d like to be able to walk tomorrow.” 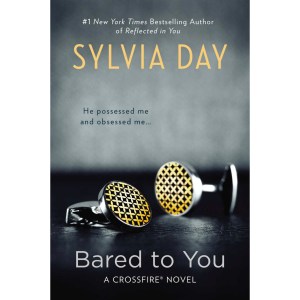 Bared to You (Kindle)

Bared to You (Paperback)