What exactly qualifies the best hip-hop albums of all time? The answer is complicated and subjective, but there is one thing that most hip-hop heads agree on: certain albums, over the course of time, have undeniably influenced rap’s landscape and have acted as the bedrock of the genre. From inspiring artists today to helping young people on their coming-of-age journey, these hip-hop albums are responsible for shaping our identities today.

Beyond music history, these albums have helped us grow up and process our own emotions — something that music itself has helped us do for decades when talking it out just didn’t feel like an option. Today, the world of hip-hop has taken a hard swerve, with Autotune and mumble rap occupying much of the popular music landscape.

Whether you’re looking for some schooling on the history of hip-hop or you’re trying to introduce someone to these essential staples, these are sonic works of art that everyone needs on their radar, from old school classics to some more contemporary creative mavens.

All of the albums that we picked are available on top music streaming services and digital music stores, including Apple Music, TIDAL, iTunes, Spotify, and Amazon Music Unlimited. Stream or purchase our curation of iconic tracks on your preferred platform.

From impeccable production to breathtaking lyricism and guts, this guide features the best hip-hop albums. It’s an homage to the top 10 gems of true rap music, and the pioneering icons who led the way.

An undeniable fixture of ‘90s rap, A Tribe Called Quest embodied a laid back but precise lyricism that not many could measure up to. This is the group’s third album, and like all their other records, it contains a generous serving of bass, funk, and jazz-infused rap in every track. Comprised of Q-Tip, Phife Dawg, Jarobi White and Ali Shaheed Muhammed, most die-hard hip-hop heads know about these legends. For anyone who doesn’t, this album is the ultimate introduction. 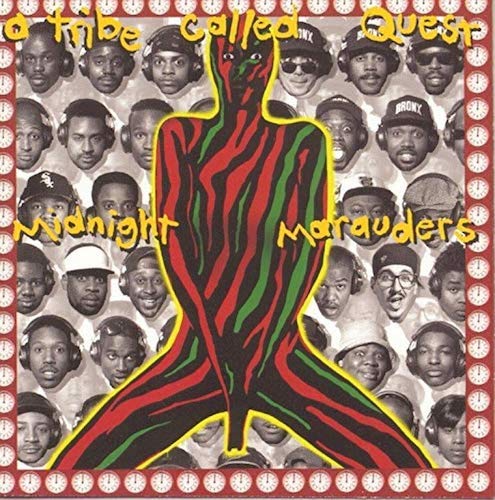 Illmatic was one of Nas’s greatest gifts to us all, and Netflix knows it. It’s one of the most cohesive albums (of any genre) that truly sticks in our minds. The artist’s first debut studio album is also arguably his best, with banger after banger and unforgettable productions. Whenever this rapper puts pen to paper it’s gold, but the fact that he was just 20 when this album was released is a testament to his maturity and eloquence when he was just starting out in the game. 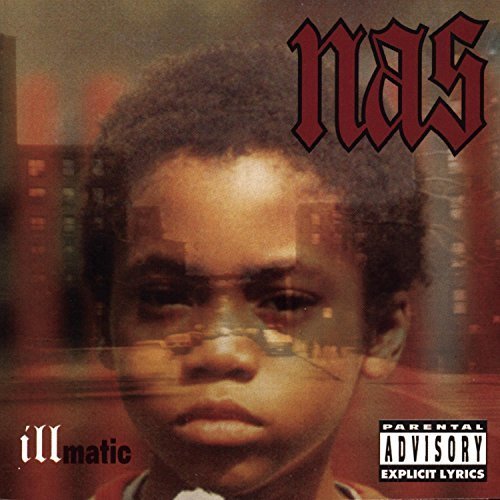 It’s unfortunate that the number of female figures in hip-hop pales in comparison to their male competitors, but Lauryn Hill’s solo debut put women on the map and propelled her career. While her involvement in The Fugees showed her versatility with various genres, The Miseducation Of Lauryn Hill was a pure expression of freedom and independence. It was a work that paved the way for artists like Lizzo and Alicia Keys, normalizing the coexistence of empowerment, vulnerability and all the complex nuances of what it means to be a Black woman in America. 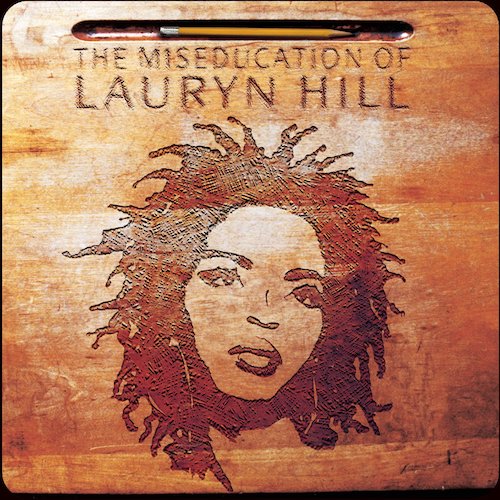 Today, people tout drill music as hardcore, but no one will ever defeat Wu-Tang when it comes to raw grit. Each member proves their worth time after time over cold, sparse beats that spotlight their talent. RZA’s production and all the inventive personalities within the group proved Wu-Tang was a force to be reckoned with. RZA even had members of the group rap battle each other to decide who would be featured on each 36 Chambers track — you don’t see that kind of hunger in the game anymore. If you’re a hip-hop head, you already know this is one of the best hip-hop albums of all time. 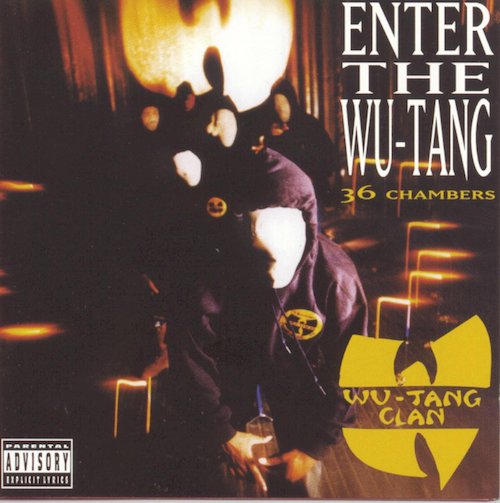 To this day, Dr. Dre is a titan of the industry, and part of that is due to the fact that The Chronic is one of the greatest hip-hop albums of all time. “Nuthin’ but a ‘G’ Thang” alone has a smoother than velvet feature from Snoop Dogg and a flawless instrumental that embodies West Coast gangsta rap, and many people view this as a duet album with Snoop. All the other tracks on this record have that similarly identifiable California sound that we came to know and love in the 1990s and early 2000s. 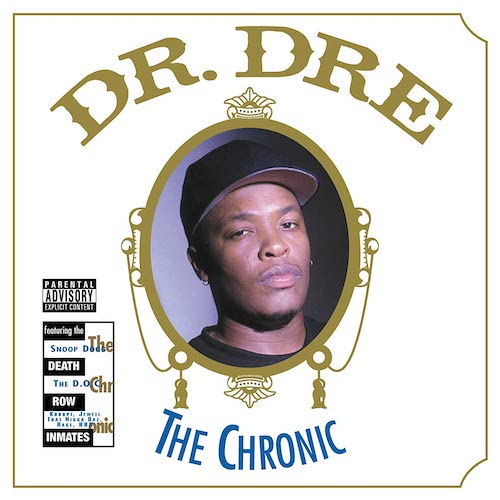 Jay Z and Nas will forever be tied for the position of Rap King of New York, but the geography of Brooklyn is so embedded in Jay’s veins that even his name pays tribute to the subway system of NYC. When he released his sixth album in 2001, Jay- Z was dealing with disses from nearly every other top player in the game, including Nas. Jay didn’t need a singular diss track to respond — The Blueprint was proof enough that he could hold his own, with swagger-filled bravado laid over tracks like “Hola’ Hovito.” 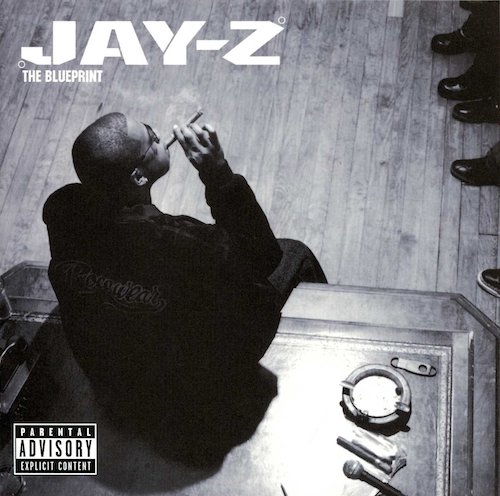 Kanye has veered off-path in recent years, but back in the day, there was no one better coming out of the Chicago scene. Whenever a track from this album comes on, we’re filled with nostalgia — it’s synonymous with the early and mid-2000s, with instantly recognizable soul samples and guest features that made this hip-hop album seriously epic. Tackling themes like consumerism, religion and Ye’s larger-than-life ego, this work gave us genius tunes like “All Falls Down” and “Jesus Walks.” 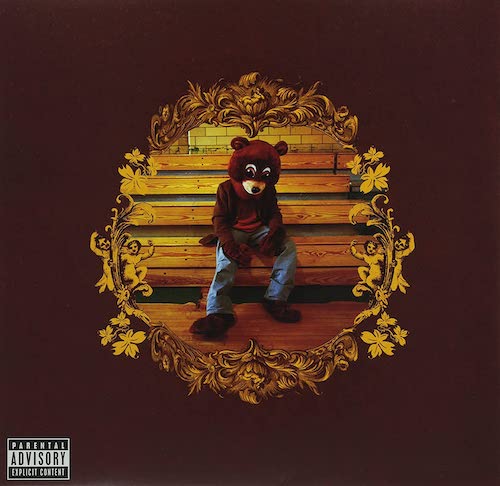 Biggie was more than hip-hop royalty — he was a prodigy. A master of storytelling with a one-of-a-kind voice, Notorious B.I.G’s life story is as riveting as his tracks, which are illustrated more vividly than a movie scene. The head-nodding instrumentals on Ready to Die are the perfect marriage of hip-hop’s beginnings and more contemporary sounds. “Gimme the Loot” and “Bog Poppa” were major favorites amongst fans, but “Suicidal Thoughts” was one of the first songs to explore the mental health struggles associated with crime-filled lifestyles. 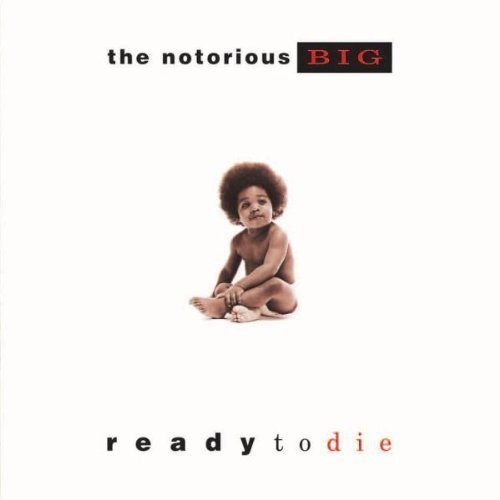 9. Gang Starr, Step In The Arena

Rapper Guru and producer DJ Premier were an unbeatable underground duo in the days of Gang Starr. Just like A Tribe Called Quest, these performers had a visible appreciation for funk and jazz and never shied away from old-school scratching. In every track, Guru’s voice hypnotizes and envelopes us to the beat of DJ Premier’s silky melodies, manifesting in a classic street sound that deftly weaves together different sources of inspiration. 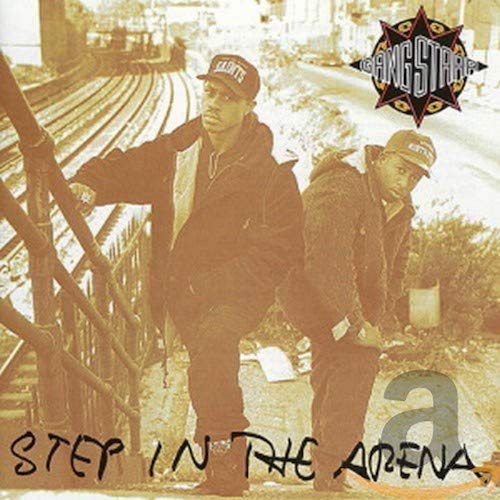 Gang Starr, Step In The Arena

10. Kendrick Lamar, To Pimp A Butterfly

This 2015 hip-hop album might not be considered a classic by everyone, but Kendrick Lamar is one of the few modern rappers who remains humble to hip-hop’s history and uses it to cultivate his own sound that’s truly original, evocative and politically charged. Lamar is a leader and a symbol of hope in what can be a very jaded industry. The theme of injustice always runs deep in Lamar’s work, and in this modern classic of a hip-hop album, it’s tied together with all kinds of musical influences, including noteworthy appearances by Thundercat and George Clinton. 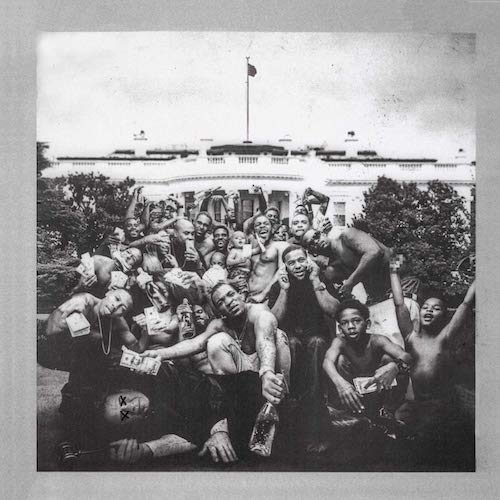 Kendrick Lamar, To Pimp A Butterfly

East Coast and West Coast might always argue about this, but there’s no fighting the fact that Tupac is one of the greats, and that this album is a piece of art. This album was released after Suge Knight bailed Tupac Shakur out of jail in exchange for signing to his label. That deal gave birth to ‘Pac’s most revered album to date, including tracks as iconic as “California Love.” A pure celebration of the gangster lifestyle (as produced by Death Row Records’ finest), with a swagger that mumble rappers today could never emulate. 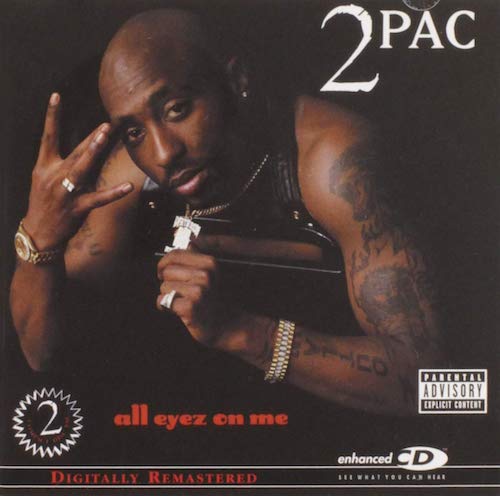 2Pac, All Eyez On Me

Not too many rappers today can stand up to Eminem — he remains in a class of his own for his work, namely, The Marshal Mathers LP, which is filled with the artist’s signature vibe: brutally honest, furious and chock full of grit. This album is a relentless lashing out against critics and the problems that fame has created. With hits like “The Real Slim Shady” and “Stan,” it’s no wonder that The Marshal Mathers LP sold nearly 2 million copies in its first week alone — and that was before social media! 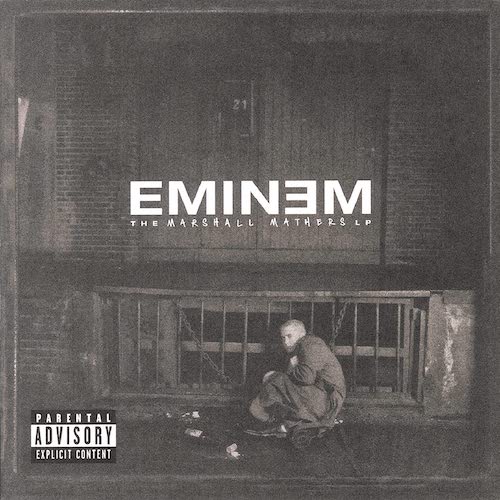 Ok, we know it’s kind of cheating to include two Kanye albums on here, but the man had a serious genius streak for a while that definitely deserves a shoutout. This 2010 masterpiece studded with star features was a 10/10 for lyrics, production and diversity. From “Monster” and “Runaway” to “All of the Lights,” this is still a multi-genre creation that has stood the test of time over a decade later. A lavish and cohesive work where no two tracks ever sound the same. 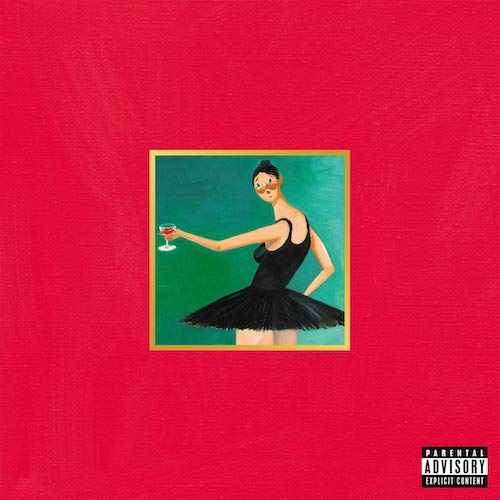 It’s unfortunate that women in the rap game have to prove themselves ten-fold in the industry, but the women that have broken out stand shoulder to shoulder with the men, sometimes even overshadowing them. Such is the case with Missy Elliot, who was and still is a force of nature in hip hop. It’s hard to choose between her albums, but this one showcased the harmony between musical soulmates Missy and Timbaland. This 1997 work was truly ahead of its time, with crowd favorites “Rain (Supa Dupa Fly)” and “Pass Da Blunt.” 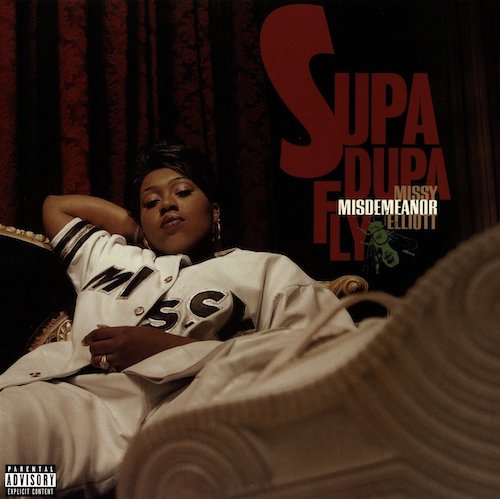 NWA is a part of music history, and one of the founding groups when it comes to 90s gangsta rap. Straight Outta Compton was the group’s first album, and launched them into fame with social commentary on police brutality, their Compton roots and generally not giving a damn. It was a brazen work of expression proving that street knowledge is absolutely real knowledge. NWA always stood up for social justice and highlighted the ugliness of the system when people were still afraid to do the same. 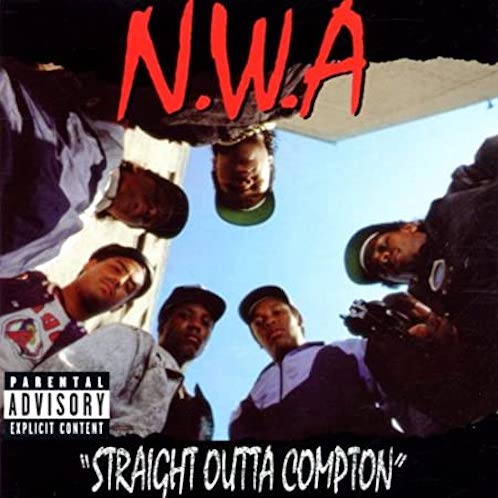 Conscious rap has blossomed in the past couple of decades, but Mos Def was one of the pioneers of the movement in the 90s. Especially in his 1999 debut solo album after Blackstar. It was saturated in full-fleshed musicality, with live instrumentation and socially conscious lyrics that doubled as poetry. In the 1990s, this niche of rap was still considered underground hip hop, but thanks to artists like Mos and his past collaborator Talib Kweli, conscious hip hop was launched into the mainstream and remains relevant today. 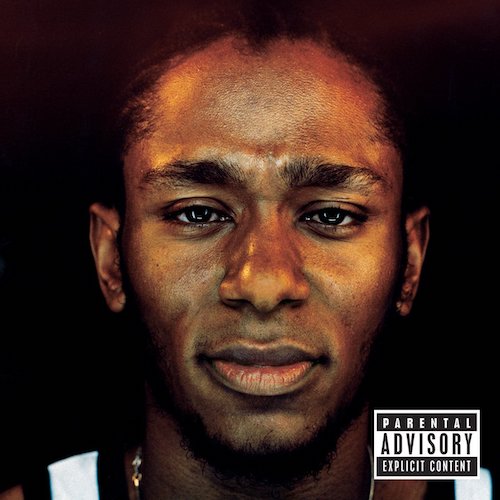 Mos Def, Black On Both Sides

17. Public Enemy, It Takes a Nation of Millions to Hold Us Back 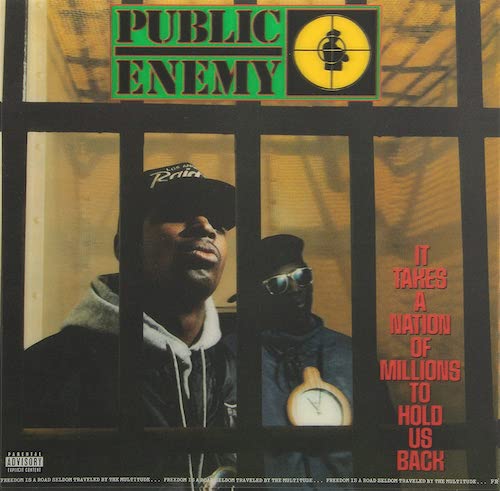 Public Enemy, It Takes a Nation of Millions to Hold Us Back

18. Raekwon, Only Built For Cuban Linx

For those who are still confused about the title of this work, it’s an allusion to the fact that Raekwon’s beats are as tough as Cuban link chain jewelry. Anyone who’s listened to this album knows that this metaphor rings true. With instrumentals pulling from all eras of inspiration, all 16 tracks on here have a cinematic feel that made this a formidable debut in the post-Wu Tang world. It’s atmospheric, but still a completely raw portrayal of Raekwon’s upbringing, like “Incarcerated Scarfaces,” which details the projects of Staten Island. 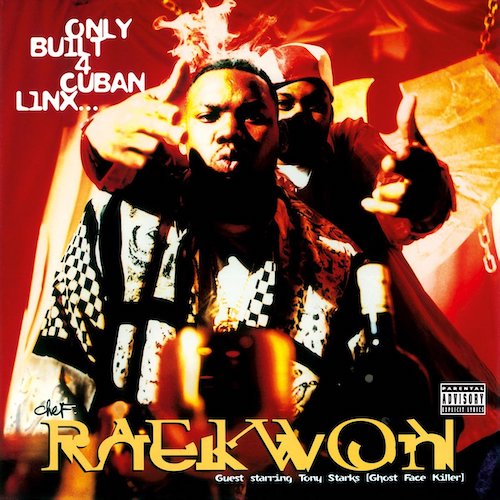 Raekwon, Only Built For Cuban Linx

Right up there with Missy Elliot is iconic duo Salt-N-Peppa whose album Very Necessary might as well describe the group itself. Very Necessary makes it impossible not to dance (or at least head nod) along to every track, with Salt-N-Pepa’s infectious flow and delivery. With bare, often sparse beats making up many of the songs, these girls proved that they deserve their recognition, and then some. They could deliver bangers acapella and we would still buy the album without hesitation. 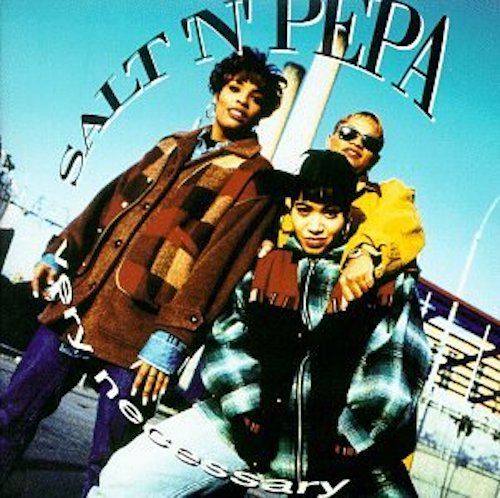 The Roots are a sublime example of genre-melding — these conscious rappers draw inspiration that spans pre-rock n’ roll genres like the blues, to branches that include soul and funk. The entire album is a testament to how to overcome — a statement on perseverance that’s ever-so-relevant years later, during a pandemic. Features like the talented Blu and Phonte put this album completely in a class of its own, with a result that’s truly soul-nourishing. 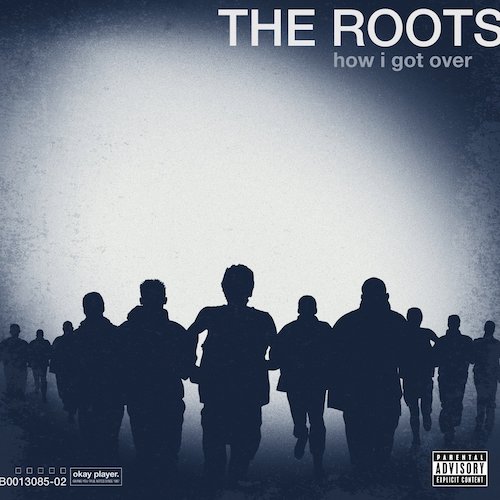 The Roots, How I Got Over